Hey, our stories count too

A Latinx lecturer decided it was time to decolonize her syllabus. Here’s why. 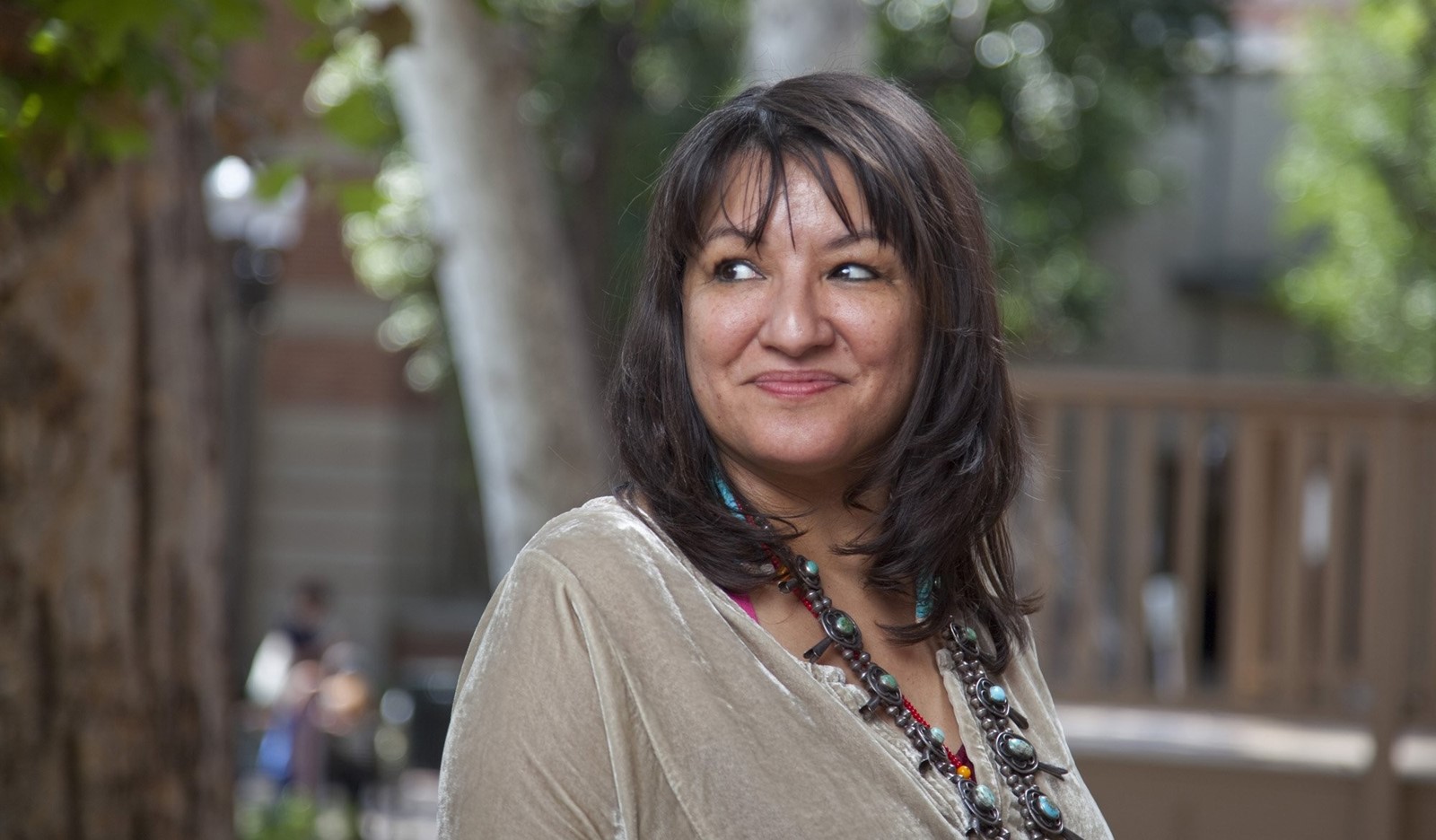 Like many students, I grew up thinking that the most important books were written by white men. I mean, it only makes sense — by the time I finished high school, my teachers had assigned Hemingway, Faulkner and Thoreau so often that the names were synonymous in my mind with great and important writing.

When I reached college as an English major interested in American literature, the list expanded to include Roth, Updike and Pynchon. Sure, there was a sprinkling of black and Latinx works over the years, and once I even read a novel by Louise Erdrich, an enrolled member of the Turtle Mountain Band of Chippewa Indi- ans. However, if the course wasn’t specifically designated as “ethnic” literature, the occasional person-of-color text was as good as it got.

But there’s nothing unusual about this. Academia, like most institutions, has long allowed white men to define the American story. Every year, students take class after class in which white writers dominate the syllabus, and students of color walk away feeling like that’s all that matters, like their voices are unimportant.

So when I finally earned a PhD in literature and had the chance to design my own American lit class, I vowed to decolonize my syllabus.

In my role as a postdoctoral lecturer, decolonization manifested as a sylla- bus and classroom that centered on the writing and perspectives of Native Americans and people of color, including classic texts by Leslie Marmon Silko, Toni Morrison and Sandra Cisneros. This wasn’t an attempt to diversify; I wasn’t simply sprinkling in indigenous and person-of-color works. Instead, these voices were dominant.

The move was inherently political, but so is my existence as a Latinx woman with a PhD.

As Chicana, I am by definition part colonizer, part colonized — the product of the Spanish colonization of indigenous people. In the modern world, everything is touched by colonization (the theft of indigenous lands, genocide, enslavement and efforts to destroy nonwhite culture), and academia is about as colonized as you can get. Still, as someone committed to social justice, I have a duty to push against whiteness as default and whiteness as dominant, even when that means existing as a paradox.

After turning in my course description and a reading list that included no white men (but two white women), I received an email from a professor in the department suggesting that I change my syllabus to include “more canonical (i.e. white male)” writers. (Funny — I always thought Toni Morrison canonical. But that’s beside the point.) This professor explained that my reading list looked too much like that of an “Ethnic American” literature course, and — the kicker — that if I wanted to look appealing on the job market, I should add more white men.

Now, these words implied a lot of things: that Great Literature is White Literature, that a course made up of mostly nonwhite American writers required a qualifier, that hiring committees knew all of this and felt the same way, that I cared more about the job market than my own pedagogy. But what this professor’s words really did was confirm that I’d been right all along.

Because here’s the thing: I always felt a little out of place in my literature classes (and academia in general). As a Latinx woman and a first-generation college student, I grew tired of reading the same writers, the same books, the same perspectives in every class I took. While my face remained neutral, my brain was screaming, “OK, man, I get it — David Foster Wallace could write. Can we move on now?”

It started to feel like there was no room for someone like me. I grew up in a mostly Latinx working class neighborhood, where lobster was the last thing anyone was considering (unless you’re talking about a very special occasion, which could mean a trip to Red Lobster). And because of this, I stayed silent in class. These voices were interesting, sure, but they were so different from mine. I wanted to read something that reflected my experiences a little more, stories about what it felt like to live between two cultures at all times, stories about feeling overwhelmed by a society that tells you you’ll never be as pretty as the blond-haired, blue-eyed girls.

This is one of the side effects of colonialism, one that pales in comparison but is still connected to much more critical issues like the ongoing destruction of Native lands and the deaths of unarmed black and brown people. And this was part of the reason I wanted to create an American novel syllabus that skipped over the white dudes and instead privileged the voices of indigenous and people-of-color writers. I knew there would be students like me in that crowd, and I wanted to speak to them.

Furthermore, one of the great things about literature is that it cultivates our critical thinking. Given what’s going on in this country, a literature class that shows us the perspectives of the very people who are erased, called criminals, “illegal” or worthless seems pretty important, a chance for people to think more critically about what they see in the world and the stereotypes they’ve grown up hearing. If students are able to hear a different version of the story, one straight from the source, perhaps their worldviews might shift in a direction that means indigenous and black and brown people will no longer have to fight for their basic human rights.

Instead of rearranging my syllabus to the professor’s recommendations, I stuck with the books I’d already chosen (although I eventually added another “ethnic” novel, Celeste Ng’s “Everything I Never Told You”). And guess what? My students not only appre- ciated it but they also grew from the experience. On more than one occasion, a student of color broke down in tears, expressing that it was the first time they’d ever read something by someone like them in a university setting. And I was reminded of a young me, bursting with excitement the first time Cisneros’ “The House on Mango Street”popped up on a syllabus.

I envision a future where we can list the names of indigenous and person-of-color writers just as fast, if not faster, than white men. Sure, Emerson had some great things to say — “Nature” blew my mind as a teenager. But have you read Silko or LeeAnne Howe? How about Jesmyn Ward or Gloria Anzaldúa or Erika Wurth or Kiese Laymon or Tarfia Faizullah? They didn’t just blow my mind — they changed my life.

But more than that, what I hope to see with the decolonization of syllabuses is a reframing of the American narrative and a return to modes of thinking and knowledge that colonization tried so hard to destroy. I’m not here to teach the same thing as the majority of your literature professors. I’m here to teach resistance, one book at a time.