Weeks after moving into historic home, he and his family now plan to relocate to a house in the suburbs. 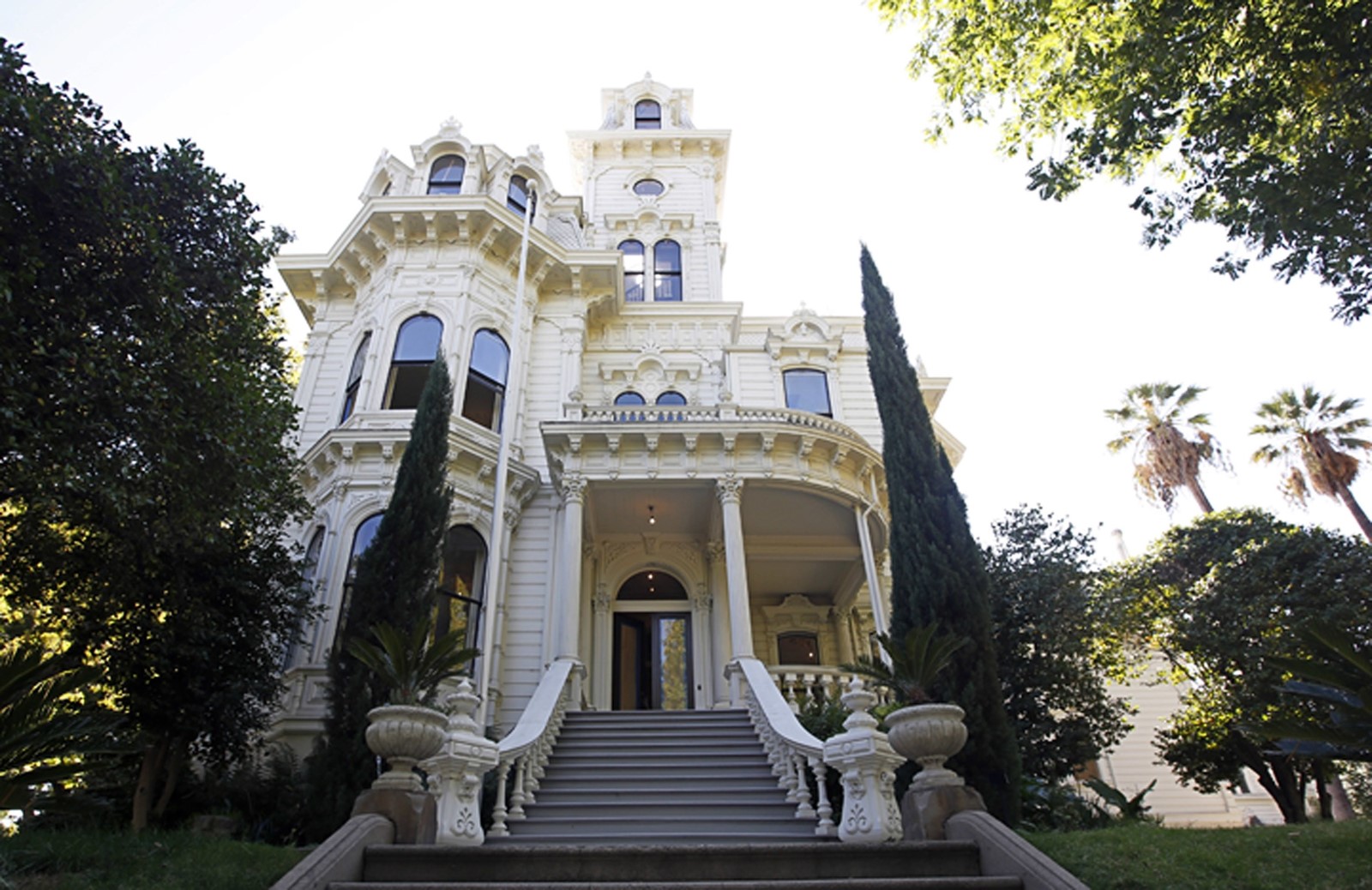 GOV. GAVIN NEWSOM and his family will live in the Victorian-style governor’s mansion while their new home, roughly 15 miles from the Capitol, is renovated. (Rich Pedroncelli Associated Press)
PREVIOUS IMAGE

After moving into the historic Victorian-style governor’s mansion in Sacramento just a few weeks ago, Gov. Gavin Newsom and his young family already plan to move out.

The Newsoms purchased a $3.7-million, six-bedroom home in Fair Oaks, near the banks of the American River and roughly 15 miles from the state Capitol.

The purchase, first reported by the Sacramento Bee, was made in mid-December through a limited liability company, making it difficult to trace it to the Democratic governor. Newsom, First Partner Jennifer Siebel Newsom and their four young children previously lived in Marin County.

“The Newsom family has purchased a more kid-friendly house in the Sacramento area, and it’s currently being renovated,” the governor’s spokesman, Nathan Click, said in a statement. “They will move their four kids, two dogs and bunny rabbit in a few months and open up the magnificently renovated historic governor’s mansion for public events and state business. They love being a permanent part of the Sacramento community and are excited about living, working and raising a family here.”

According to the real estate websites Zillow and Redfin, the newly purchased 12,000-square-foot Fair Oaks house sits on a 6.72-acre lot. The Mediterranean-style home has a separate guest house, a pool, tennis courts, a wine cellar, a spa, cathedral ceilings and a finished basement.

Click said the Newsoms paid cash for the house and that the couple plan to sell their Marin County home. The 4,000-square-foot home is worth $3.7 million, according to Zillow.

The Newsoms moved into the governor’s mansion after he was inaugurated Jan. 7 and plan to stay there while their Fair Oaks home undergoes renovations.

Fair Oaks is in an unincorporated area of Sacramento County northeast of the capital city. The neighborhood surrounding the family’s new home is predominantly white with a median family income of roughly $80,000, above the $67,000 average for the state, census records show.

The governor and his wife debated after last fall’s election whether or when to relocate to Sacramento given that some of their children were in the middle of the school year. Just days before he took the oath of office, Newsom announced that the family was moving into the governor’s mansion in the heart of the city’s downtown “for the immediate future.” At the time, Newsom did not disclose that he had already purchased the Fair Oaks home.

The listed agent for the limited liability company that purchased the home is Newsom’s cousin and business partner, Jeremy Scherer. The company shares an address with PlumpJack Wine & Spirits, Newsom’s wine store in San Francisco, according to business records filed with the state. Because the home was purchased through the limited liability company, the ownership stakes and the company’s source of money are difficult to determine because that information is not publicly available.

The Sacramento County assessor’s office website withholds the name of the property owner, citing a state law prohibiting government agencies from listing the home address of any elected or appointed official without their consent.

Former Gov. Jerry Brown and his wife, Anne Gust Brown, moved into the governor’s mansion in 2015 after it underwent $4.1 million in renovations to update electrical and plumbing systems, as well as to remove lead-based paint and install a fire sprinkler system and other security features.

The mansion was built in 1877 and has been home to 14 governors, but before Brown, it had not housed a California governor for nearly half a century. The last governor to live there had been Ronald Reagan, but only for a few months in 1967. With its peeling wallpaper, cranky heater and whiff of mold, Nancy Reagan deemed it a “fire trap,” and they abruptly decamped to an East Sacramento home.

The state bought the mansion in 1903 from a wealthy hardware merchant, Albert Gallatin, for $32,500. It was one of the few California homes at that time to have indoor plumbing.

That Newsom would choose a home in a suburban community east of downtown Sacramento has its own historical connection. It was in the same vicinity that Reagan commissioned a new governor’s mansion in the early 1970s, one that Brown mocked and refused to use. Former Govs. George Deukmejian, Pete Wilson and Gray Davis were successive occupants of a 3,800-square-foot home in the same region. Former Gov. Arnold Schwarzenegger spent weeknights in a hotel penthouse near the Capitol, jetting back home to his family in Los Angeles on weekends.