Criticism of German chancellor’s policy on refugees is likely to backfire, analysts say. 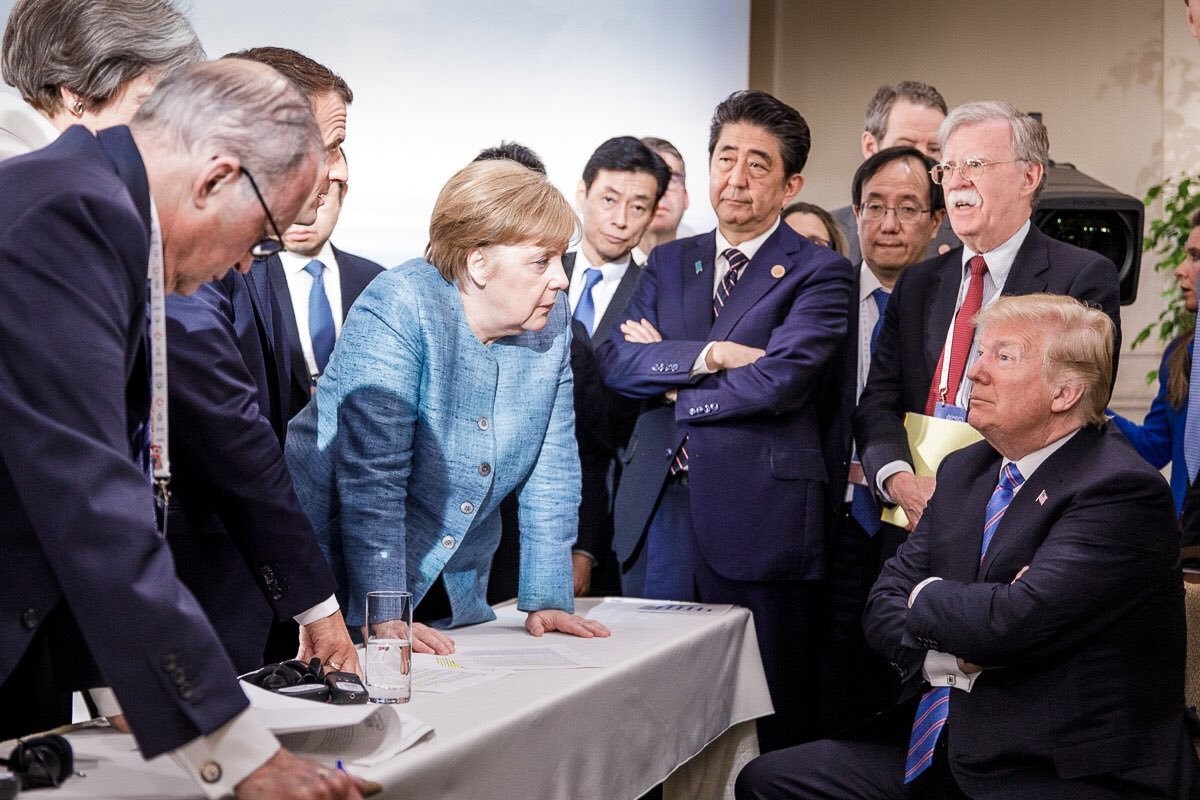 President Trump appears to have it out for Angela Merkel.

Taking aim at the German chancellor’s decision to let in more than 1.4 million refugees — mostly from Syria, Iraq and Afghanistan — he tweeted this week that “the people of Germany are turning against their leadership,” adding, “Crime in Germany is way up.”

“Big mistake made all over Europe in allowing millions of people in who have so strongly and violently changed their culture!” he continued.

Merkel shot back that Trump was wrong: Crime in Germany fell 9.5% last year to reach its lowest level since 1992, and the share committed by foreigners was also down.

“The statistics there speak for themselves,” Merkel said at a news conference.

Refusing to back down, Trump tweeted: “Crime in Germany is up 10% plus (officials do not want to report those crimes) since migrants were accepted.”

His attack was widely interpreted in Germany as an attempt to hurt Merkel politically at the most challenging moment in her 13 years in office. She is struggling to hold together a fragile 3-month-old, three-party coalition and has been weakened by the worsening tensions over her pro-refugee policies.

“Does Trump want to overthrow Merkel?” the bestselling Bild newspaper asked in a banner headline.

But if that’s his goal, his antagonism is likely to backfire, according to political analysts. They say that Trump is so despised in Germany, and his meddling in Germany’s domestic affairs so unwelcome, that he may be giving Merkel a much-needed political boost.

“It could well help Merkel in this situation that Trump has attacked her at home,” said Thomas Jaeger, a political scientist at Cologne University. “Even though some people may say privately, ‘Trump probably has a point,’ it’s outrageous behavior. What he’s saying sounds like what the far-right in Germany says. It doesn’t go down well with most people.”

Jaeger said he expects conservative members of Parliament will face increasing pressure to rally around Merkel because of Trump’s meddling.

A survey released last week by the Infratest Dimap institute found that 74% of Germans consider Trump a threat to peace and global security.

“Being close to Trump is not seen as helpful to anyone in Europe — not even the populists,” said a senior European Union official who spoke on condition that he not be named.

The two leaders have long been at odds.

Merkel has rebuffed Trump’s attempts to cut direct deals with her on behalf of the entire EU. Trump has regularly criticized her for not fulfilling her government’s promise to increase its defense budget as part of the North Atlantic Treaty Organization.

But now the relationship has reached a new low.

A photograph from this month’s Group of 7 meeting in Canada showed Merkel appearing to lecture Trump, while he sat with his arms folded and a scowl on his face as other leaders looked on.

Ian Bremmer, president of Eurasia Group, a political risk consulting firm, told CBS News on Thursday that at the end of that meeting Trump threw two Starburst candies at Merkel, telling her: “Here, Angela. Don’t say I never give you anything.”

The archconservative Christian Social Union, one of three parties in Merkel’s coalition government, has been trying to force a showdown by pressuring her government to start turning away migrants whose asylum applications are pending in other EU countries.

Merkel has refused. But she reluctantly agreed to a July 1 deadline to persuade other EU countries to accept reforms that would lead to fewer migrants and refugees reaching Germany.

Julius van der Laar, an international political strategist in Berlin, said Merkel’s resistance to tightening of refugee policies was making her grip on power look more fragile than ever.

“She’s been brilliant in the past at getting out of trouble, but you get the feeling this time it’s not going to go well for her,” he said. “But I don’t think Trump tweets are going to hurt her at all — on the contrary.”