The state says no, but Coastal Commission may have final say. 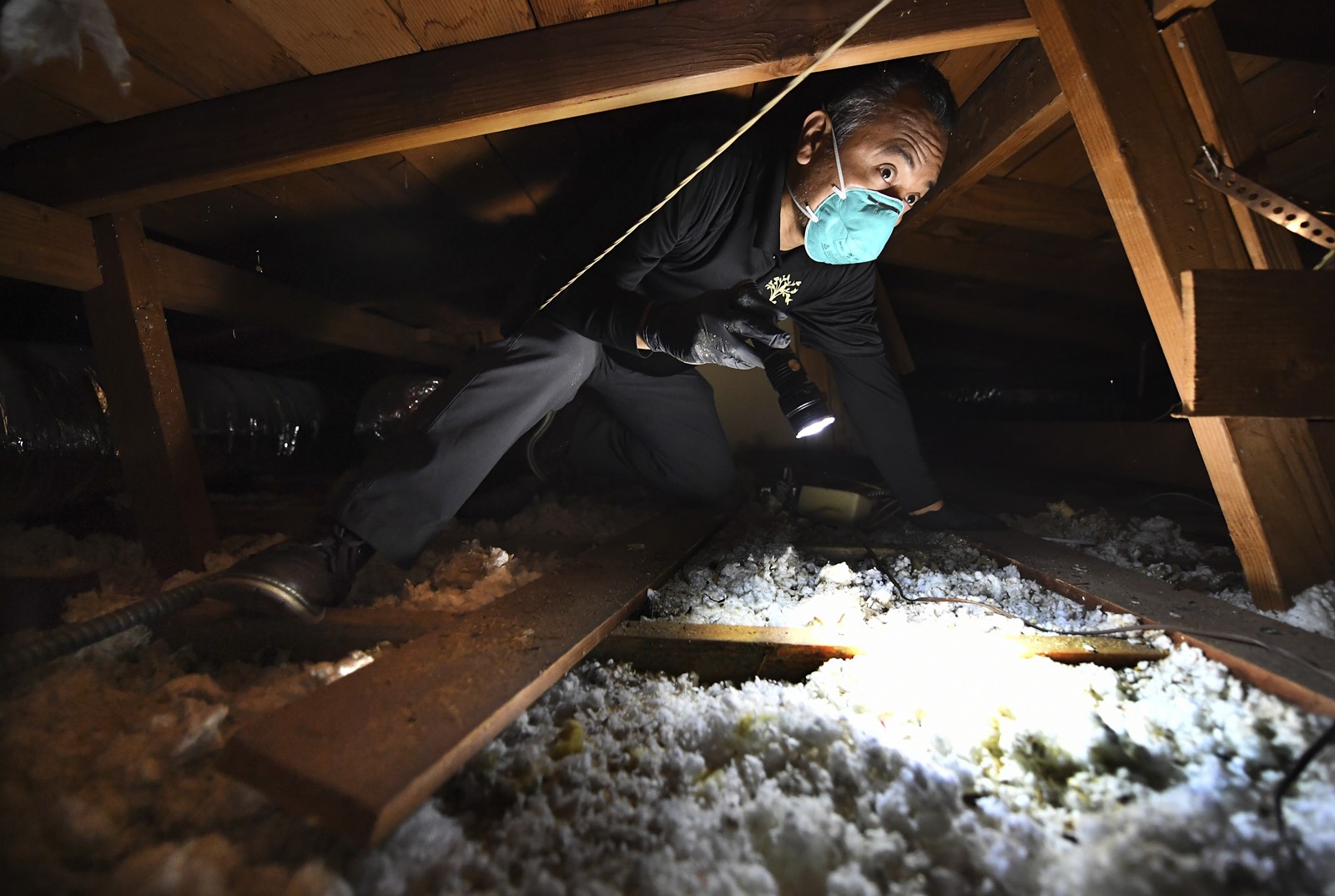 Wilmar Mejia stood behind his pickup truck in the hills of Malibu, watching a hawk soar overhead. Ahead lay the job, a mid-century ranch house with a glittering aquamarine pool and breathtaking views of the Pacific Ocean.

Moments later, he shimmied into the house’s low-slung attic, crawling through tufts of white insulation studded with fresh rat droppings.

“You’ve got tenants and they’re not paying rent!” the exterminator said with a grin.

Mejia has been evicting vermin from Malibu for more than a decade. In lieu of brodifacoum blood-thinners — ubiquitous poisons so effective that hawks regularly bleed to death after eating mice that have eaten them — his new boutique pest control company, Tree of Life, uses snap traps and steel wool to keep rodents in check.

“It’s about controlling the problem without the use of poisons that affect everything else,” Mejia said. “That hawk flying around, that’s what we’re protecting.”

If the city of Malibu gets its way, Mejia’s methods will soon be the rule. Earlier this month, the City Council approved a sweeping chemical ban that could pave the way for other coastal cities looking to protect wildlife by limiting toxicants.

But state officials say it runs afoul of the law.

“We passed a ban not just on rodenticides but on all pesticides,” said Malibu Mayor Pro Tem Mikke Pierson. “Of course, the Department of Pesticide Regulation said absolutely we can’t do it.”

California is one of more than 40 states that restrict how local governments can regulate pesticides. For decades, the state’s food and agriculture code has preempted municipalities like Malibu from limiting their use in almost any way.

“We believe [Malibu’s] action exceeds their authority and the proposed ordinance would be preempted,” state Department of Pesticide Regulation spokeswoman Charlotte Fadipe wrote in an email.

But Malibu officials say their ban skirts that law in a bureaucratic with the Coastal Commission, a state agency not subject to preemption. The commission is expected to approve the anti-pesticide measure as an amendment to Malibu’s local coastal program early next year. If successful, it could be a model for scores of other cities in the commission’s area of responsibility.

“We’re basing our local coastal program amendment on what [unincorporated L.A.] County did in 2014,” said activist Joel Schulman of Poison Free Malibu, the group that spearheaded the initiative. “I actually went to the Coastal Commission meeting and asked them to help spread the same kind of prohibitions up and down the coastal zone.”

Activists say pesticides of all types threaten California’s wildlife, from the iconic monarch butterfly to the endangered San Joaquin fox. But the fight against brodifacoum and other similar rat poisons brought their movement mainstream — particularly after the poisons were linked to the deaths of local mountain lions.

“This year we had two adult males, big adult males who just dropped dead in the middle of Topanga Canyon State Park,” said Dr. Seth Riley, a wildlife ecologist with the National Park Service. “[One] had five liters of blood in his abdominal cavity.”

These substances — known as second-generation anticoagulant rodenticides — work by inhibiting vitamin K, a micronutrient critical for blood clotting; without it even a small injury can cause a massive hemorrhage. Other rat poisons kill wildlife too, but brodifacoum and its ilk are singularly deadly because they remain potent for months.

Vitamin D3 can kill a mouse within hours, but won’t kill a cat that eats that mouse, even though it is highly toxic to cats, experts said. Brodifacoum, by contrast, can kill a mountain lion that eats the liver of a coyote that’s spent weeks eating rats that gorged themselves on the anticoagulant for days before they started to hemorrhage.

“The first thing they do is go for organs like the liver, and the liver is where these things get stored,” Riley said. “A mountain lion that eats a coyote could get a huge dose of these toxicants all at once.”

The poison’s fatal climb up the food chain is what led the Environmental Protection Agency to restrict its use to professional exterminators in 2011. Those restrictions have led to a surge in pet poisonings with other, fast-acting rodenticides still available at big box and home improvement stores, many of which can be harder to treat.

“We’ve seen a tremendous spike,” said Dr. Ahna Brutlag, senior veterinary toxicologist at the national Pet Poison Helpline. “There was very good safety data on anticoagulant rodenticide,” which is easy to detect and easy to treat with vitamin K. “But bromethalin [a neurotoxin] could be a problem.”

At the same time, new laws have done little to stem the flow of anticoagulants into the wild. Assemblyman Richard Bloom (D-Santa Monica) sponsored a bill that would have banned the toxins across California, but it stalled in the Senate appropriations committee this fall.

“Anticoagulant rodenticides are just one element of the larger problem of long-lasting poisons introduced to our coastal environment that place biological resources and sensitive habitats at risk,” state Sen. Henry Stern (D-Canoga Park) wrote in a letter supporting the Malibu ordinance. “I ... encourage you to take the necessary steps to protect our cherished natural habitats and wildlife.”

Hawks, owls, foxes, coyotes — all are threatened by the proliferation of poisons that inhibit vitamin K, scientists say. But the link to California’s most celebrated predator may not be so clear.

“Cats — whether they’re wild like a mountain lion or domestic like the tabby in the home — are relatively resistant to anticoagulant rodenticides compared to domestic dogs or wild canids like the fox,” said Dr. Robert Poppenga, a professor of veterinary toxicology at UC Davis who has studied a wide range of wild species poisoned by rodenticides from illegal marijuana farms.

Any big cat that bleeds to death has almost certainly died from rodenticide exposure, the expert said.

But scientists like Riley believe brodifacoum is also responsible for the deaths of scores of wildcats that succumbed to mange, and those are the numbers politicians and activists touted in support of the pesticide ban.

“I’m looking at what’s known about how these rodenticides actually work, and it’s a little hard for me to see how they’re having a significant impact on the immune system,” Poppenga said. “I have my concerns there’s not a true cause and effect that’s been proven at this point.”

Like others, he said the dangers posed by rodents were also significant, and well established by science.

“Vector-borne disease control is very important to safeguard public health,” a Los Angeles County Department of Health spokesman wrote in an email. “If needed, rodenticides can be effective at controlling rodents that might spread diseases like flea-borne typhus or plague when used by licensed pest control operators.”

But Mejia, the exterminator, said there were better ways to protect public health in places like Malibu.

“Believe me, we need to keep the population of these vermin under control, by all means,” Mejia said. “But there are alternatives to poison, because poison is killing everything else.”