As death toll mounts, he praises Americans as ‘warriors’ in fight 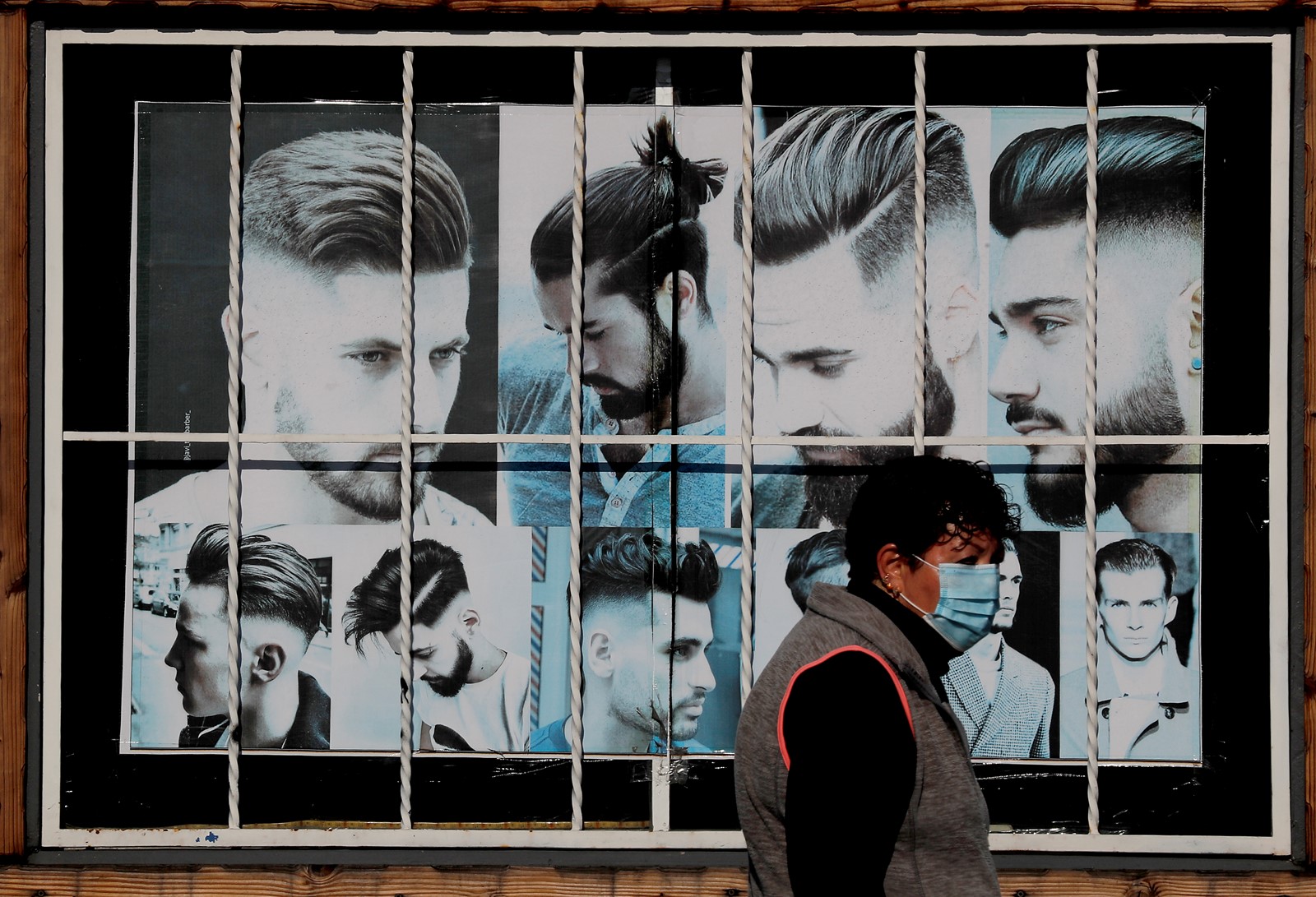 PICTURES FADE in the window of a Long Beach hair salon last week as businesses around the U.S. remained shuttered to slow the spread of the coronavirus. (Luis Sinco Los Angeles Times)
PREVIOUS IMAGE

Donald Trump has described himself as a “wartime president” during the coronavirus crisis, and now he seems to have found his army as he pushes the country to reopen despite the risks.

In recent days, he’s begun describing citizens as “warriors” in the battle against the pandemic and suggested some of those fighters might have to die if that will help boost the economy.

But expanding the characterization to Americans in general is a shift from his previous declarations that “one is too many” deaths. The toll from the illness surpassed 70,000 this week and seems on track to top 100,000 by the end of the month — numbers far larger than Trump recently predicted.

Asked Wednesday whether the nation needs to accept greater loss of life, Trump said, “Hopefully it won’t be the case, but it may very well be the case.”

“We have to be warriors,” he said from the Oval Office. “We can’t keep our country closed down for years.”

“Good generals do not send their soldiers into battle without knowing that there will be a net gain,” Levi said. “And here we know reopening too soon will be a net loss, both in lives and the long-term stability of the economy.”

White House Press Secretary Kayleigh McEnany denied that Trump was suggesting that citizens must put themselves in harm’s way — “not in the slightest,” she said, offering an alternative explanation.

Trump’s emphasis on restarting commerce flies in the face of numerous polls that show large majorities of the public wanting to move to reopen slowly. It could also be ineffective, as many consumers may not be willing to venture into businesses, even if governments allow them to open.

Although COVID-19 numbers have declined in parts of the country, including New York and parts of California, they’re on the rise elsewhere.

The president appears determined to push ahead anyway. Despite earlier plans to shut down the White House’s coronavirus task force, he tweeted Wednesday that it would “continue on indefinitely with its focus on SAFETY & OPENING UP OUR COUNTRY AGAIN.”

“We may add or subtract people to it, as appropriate,” he added, providing himself with another opportunity to shift the emphasis toward the economy rather than public health.

Trump views rejuvenating the economy as central to his reelection campaign, and he often sounds wistful when talking about the record-high employment and stock market gains before the coronavirus struck.

He worked with public health officials on a plan to allow states to slowly loosen restrictions on businesses and public gatherings once caseloads decline, but he’s often appeared impatient and even encouraged protests against guidelines set by his own administration.

Though polls show support for social distancing rules, Trump said Wednesday, “I don’t think people will stand for it.... It’s not sustainable.”

Now his allies are echoing the message that some death is inevitable as businesses reopen.

“Americans are courageous, and we’re going to face risk in order to fight this. We can’t let COVID-19 destroy us, and if we stay home, we continue to stay home, it’s going to destroy us,” Rudolph W. Giuliani, the former New York City mayor, told Fox Business on Wednesday.

Giuliani, who was mayor during the Sept. 11 attacks, compared the virus to a slow-motion terrorist assault.

“We still may get hit by some bombs, but it’s less dangerous than it was before,” he said. Some Republicans on Capitol Hill have been chafing against stay-at-home orders that have prevented some of their constituents from working.

“We’re safer from death if we’re not born, right?” Rep. Andy Harris (R-Md.) said Wednesday in a House Appropriations Committee hearing. “The bottom line is, there is some element of risk.”

“People who are dying of this virus are not dying to protect the American way of life,” he said. “They’re dying because their government has had a completely ineffective response to this infectious disease.”

If Americans are being considered warriors, Jha said, Trump is sending them onto the battlefield without the testing and contact tracing required for protection.

“He has left Americans disarmed,” he said. “He’s not given the American people the tools they need to fight this virus.”

Trump used the “warrior” lingo throughout his trip to Arizona on Tuesday, when he visited a factory producing protective masks for healthcare workers.

Before boarding Air Force One for his flight, Trump dismissed projections that show a rising death toll as governors loosen social distancing restrictions.

“Our country wants to open. And you see what’s going on. They have to open,” he said. “And the people of our country should think of themselves as warriors.”

He repeated the phrasing at a roundtable discussion with Arizona’s Republican governor, Doug Ducey, and tribal leaders.

“I’m viewing our great citizens of this country, to a certain extent and to a large extent, as warriors,” he said. “They’re warriors. We can’t keep our country closed.”

He concluded his speech at the factory with an ode to American grit.

“Nobody is tough like us,” Trump said. “And I said it before and I’ll say it again — the people of our country are warriors.”