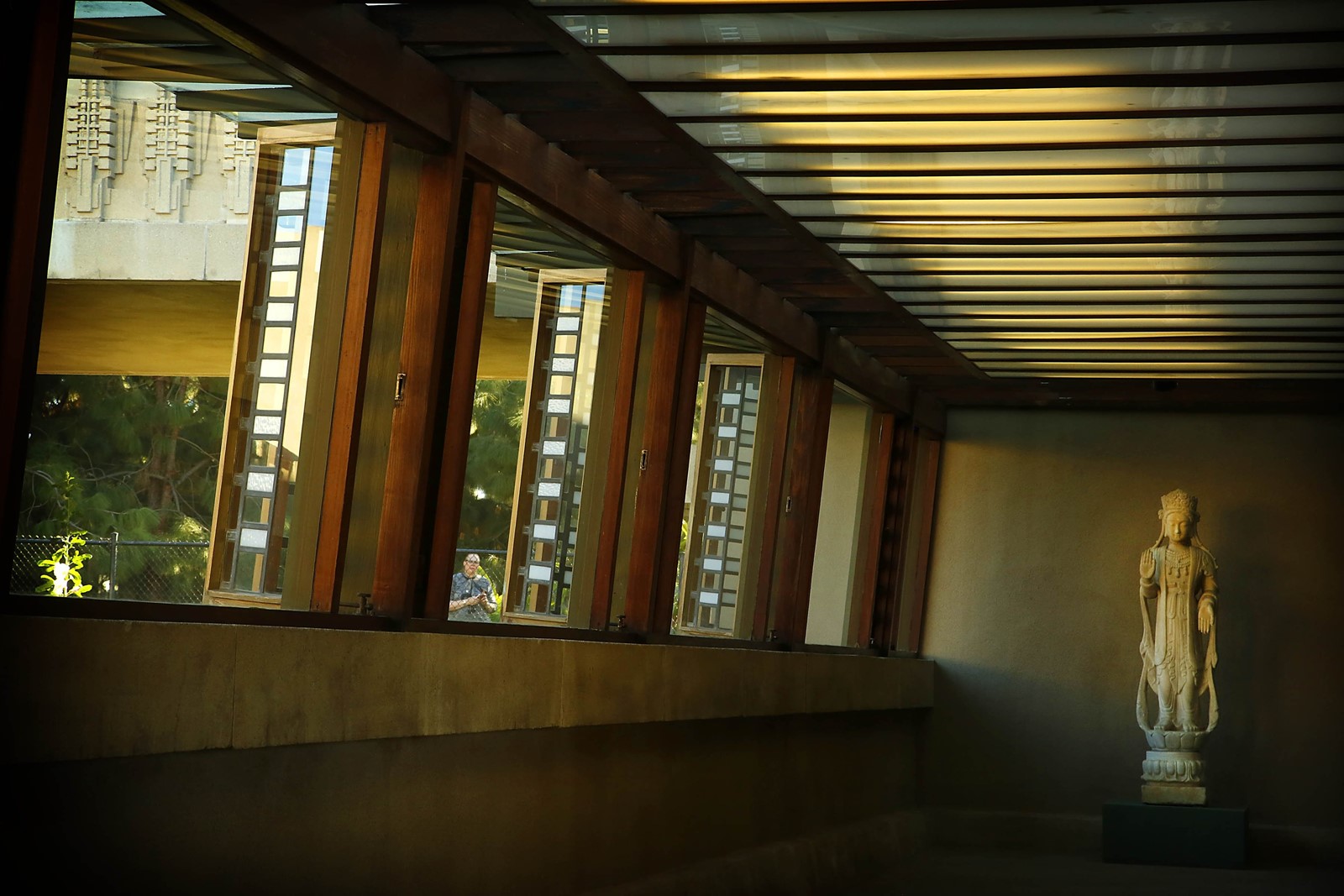 Built between 1918 and 1921 on a hill in East Hollywood, the house joins Wright’s more famous creations — the spiral-shaped Solomon R. Guggenheim Museum in New York City, Fallingwater in Pennsylvania, and Taliesin West in Scottsdale, Ariz. — that collectively recognize the genius of Wright’s architecture as a cultural global treasure.

Also included in the eight designated buildings are the Unity Temple in Oak Park, Ill.; the Frederick C. Robie House in Chicago; Taliesin in Spring Green, Wis.; and the Herbert and Katherine Jacobs House in Madison, Wis.

“It’s a phenomenal moment for L.A.,” said Danielle Brazell, head of cultural affairs for the city. “We now have a World Heritage Site in the middle of our city. It’s the highest recognition by an international body to acknowledge that Hollyhock House has universal value. There is no greater honor for a cultural site in the world.”

There are 1,121 World Heritage Sites around the world, of which 869 are awarded cultural status.

The Hollyhock House is named for stylized motifs of the flower of the same name that dominate the concrete house’s exterior. It was said to be the favorite flower of Aline Barnsdall, an oil heiress who engaged Wright to build her a hilltop community on what is now Barnsdall Art Park.

The house marked a change for Wright from his Prairie-style creations. Former Los Angeles Times architecture critic Christopher Hawthorne, now L.A.’s chief design officer, wrote in 2017 that the Hollyhock House was one of five Wright houses in L.A. that are underappreciated and largely misunderstood.

And he described the architect’s change in style.

“It features a number of nods to Mayan architecture, including a horizontal band of carved ornament under the roofline. With its walled interior court, the house also owes a clear debt to Spanish Revival architecture.”

The Barnsdall project proved problematic for Wright. With cost overruns and incomplete buildings, the oil heiress fired the famed architect. Another architect who would create his own L.A. legacy, Rudolf Schindler, was working under Wright as project manager for the Hollyhock House. He was hired to finish the home.

Barnsdall never lived in the Hollyhock House and donated it to the city of Los Angeles in 1927.

In the 1940s, the house had deteriorated, was boarded up and was almost demolished. Instead, the city embarked on a series of major renovations that would last decades. It opened to the public in 1976.

In 2015, the city completed a four-year, $4.3-million restoration to the grounds and the home. Visitors now tour the outside gardens (which include plantings of hollyhocks) and wear protective booties before they entire the house. (Tickets cost $7 for a self-guided tour and an additional $7 for a docent tour.)

In 2016, a group of Wright buildings were considered for UNESCO World Heritage Site status. The most recent nomination dropped the Price Tower in Bartlesville, Okla., built from 1953 to 1956, and the Marin County Civic Center in San Rafael, built from 1960 to 1969.