Most gun owners favor background checks, training and other policies 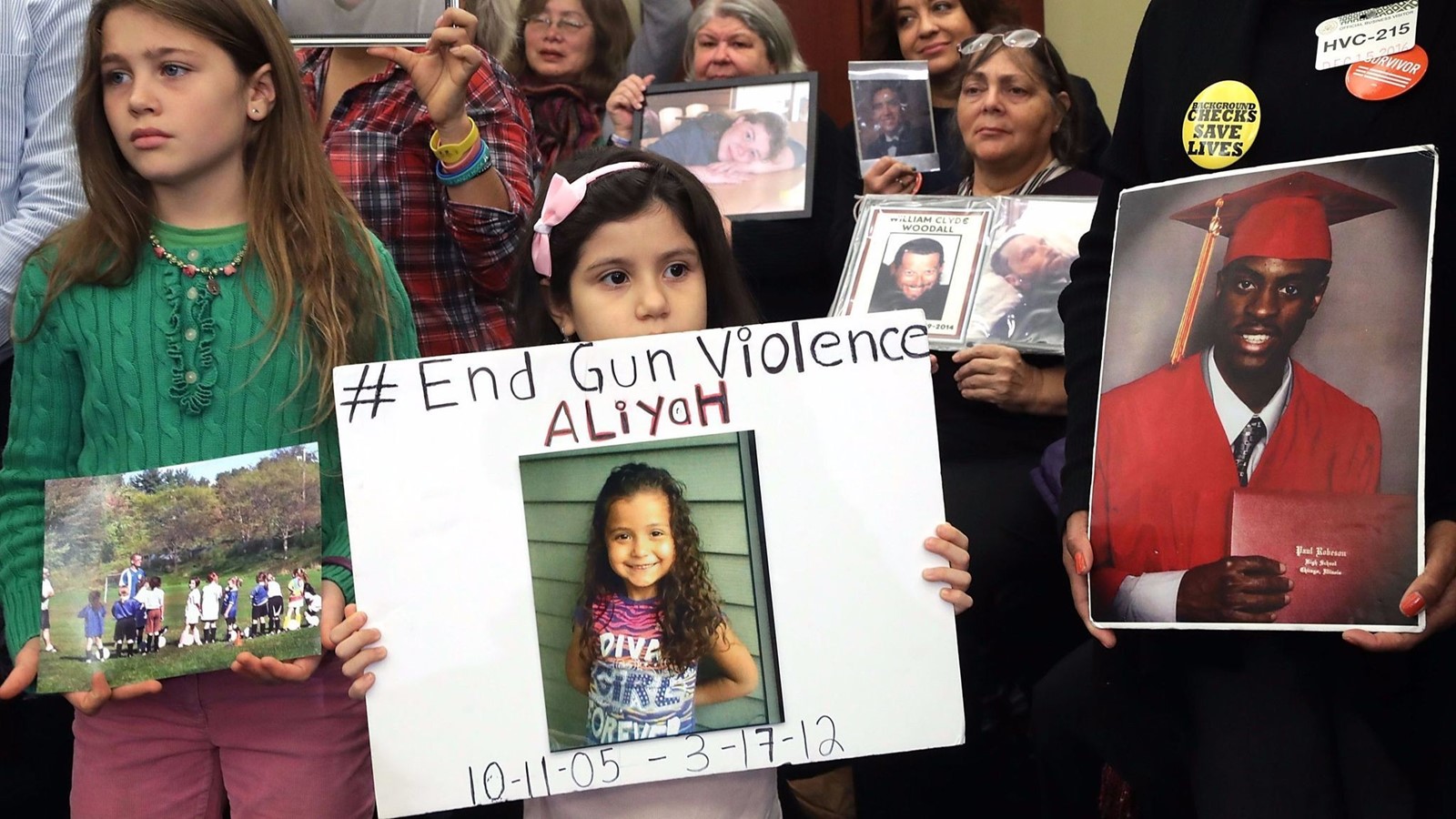 A GIRL shares a message at a gun violence prevention rally in Washington in December 2016. Public support for gun restrictions has been steadily growing. (Chip Somodevilla Getty Images)
PREVIOUS IMAGE

Substantial majorities of Americans — both those who own firearms and those who do not — support measures that would require first-time gun buyers and those wishing to carry a concealed weapon to demonstrate they can safely own and handle a gun, according to a new study.

In a national survey conducted in January, researchers from Johns Hopkins University’s Center for Gun Policy and Research found that 84% of all respondents believe that first-time gun buyers should be required to pass a safety course on the safe handling and storage of a firearm. Close to three-quarters of gun owners surveyed shared this view.

Some 83% of those surveyed — again including roughly three-quarters of gun owners — told pollsters they believed that carriers of concealed weapons should to be required to demonstrate they can safely and lawfully handle their weapon in the types of situations they might encounter.

More than 60% of gun owners, and 73% of American adults overall, supported setting a minimum age of 21 for Americans to be able to own a semiautomatic rifle.

And by roughly the same majority, gun owners declined to support “stand your ground” laws, which allow a person who feels a threat of serious injury to shoot or kill his or her perceived assailant, even in instances in which the gun owner could safely retreat. Overall, fewer than one-third of Americans endorsed stand-your-ground measures.

The findings were published recently in the journal Health Affairs. They drew from nationally representative surveys conducted in 2013, 2015, 2017 and 2019. At least 7,833 Americans participated in each poll, and in a bid to understand how gun owners’ views differed from those of Americans who don’t own firearms, researchers deliberately oversampled those who acknowledged keeping a weapon in or around their home.

The study captures potential political support for firearm safety measures that go well beyond those in place now. And it suggests that gun owners may be less opposed to a range of strictures than politicians widely believe.

Currently, for instance, all U.S. states have provisions allowing lawful gun owners to carry a concealed weapon. But only 29 states require applicants for concealed-carry permits to undergo safety training, and just 16 of those require an applicant to fire a gun as part of that training. Fifteen states have no application or screening process, and no training requirement at all.

Meanwhile, some variant of stand-your-ground laws are in force in 28 states. And fewer than half of the states — 23 — have set a minimum age of 21 for purchasing a rifle. Even in some of those states, there are broad exceptions to those limits.

In the wake of recent mass shootings in Texas and Ohio, President Trump entertained the idea of instituting universal background checks for would-be gun owners. He later abandoned the idea, but the new study suggests that opposition to that policy might be much weaker than politicians had assumed.

The study also reveals some notable shifts in the American public’s attitudes toward a slate of gun safety measures following dozens of mass shootings in recent years.

Between January 2015 and January 2019, Americans’ support for gun safety measures increased, the study authors reported. Among the measures that saw the most robust hikes in public support were those requiring all firearm purchases to be subject to background checks (rising from 84% in 2015 to 88% in 2019) and all buyers to obtain a license to own a gun (rising from 75% to more than 80% in 2019).

Support for laws requiring the safe storage of guns jumped from 69% to 74% over that four-year period. And support for laws that would allow family members and/or police officers to seek a court’s permission to temporarily remove a person’s guns — so-called red flag laws — rose from just over 70% in 2015 to close to 80% in 2019. The study authors noted that 17 states have adopted provisions allowing for such “extreme risk protection” orders.

The political affiliation of the survey taker was often a predictor of his or her opinions, but that wasn’t always the case.

For 14 of the 18 gun control measures the survey asked about, support was significantly higher among self-declared Democrats than among those who identified as independents or Republicans. But in nearly all cases, majorities of both Republicans and independents supported tighter strictures on all the firearms policies.

The one exception was an assault weapons ban, which was favored by just over 60% of all survey-takers in 2019. While that was an increase over 2015, the difference was so small it may have been a statistical fluke.

In a state-by-state assessment of public support for the gun measures, the researchers found that in no state did support for an assault-weapons ban exceed 75%. That finding “suggests there is somewhat less appetite among the U.S. public for policies that ban certain types of firearms,” the researchers wrote.