Officials tell the White House that the state will continue to require health plans to cover the procedure. 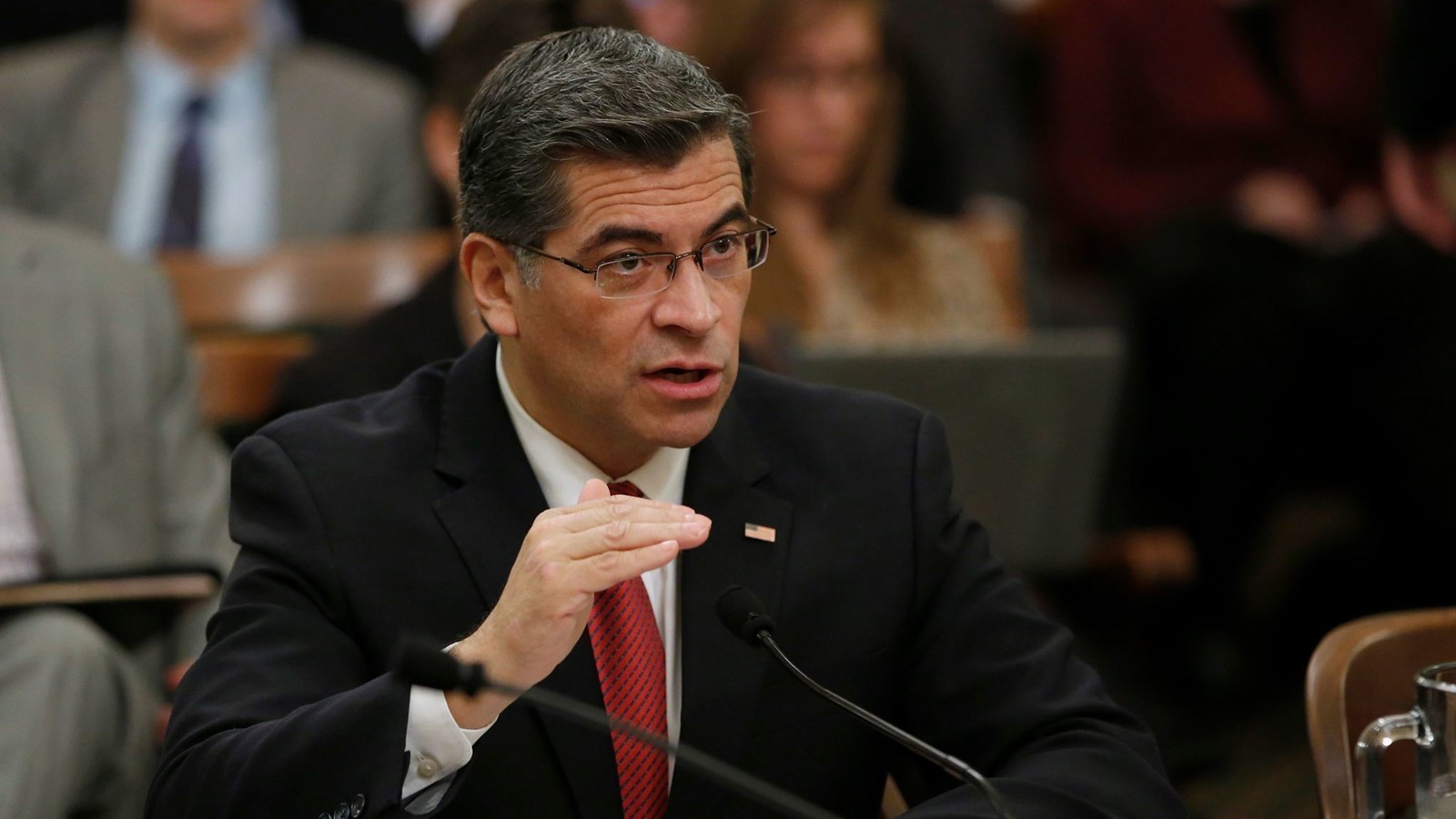 The state of California told the Trump administration Friday that it would continue to require health plans in the state to cover abortion services and accused the administration of illegally threatening to withhold federal aid to California to try to force a change.

“California will take no ‘corrective action,’” Atty. Gen. Xavier Becerra wrote in a letter to the Department of Health and Human Services in which he defended the state’s abortion coverage mandate and accused the Trump administration of illegally threatening federal assistance to the state.

Becerra also pointed out that less than four years ago, the federal health agency concluded that California’s policy complied with federal rules.

“The facts ... have not changed since the last time [the agency] adjudicated those facts,” Becerra wrote in a response that his office said also came from Gov. Gavin Newsom.

Despite that earlier ruling, the Trump administration in January informed California that it had concluded that the state’s abortion policy ran afoul of federal law.

The administration threatened to block federal money for other unspecified services unless the state changed its rules.

At issue is a provision, known as the Weldon amendment, that has been added to federal spending bills since 2004. It says that federal funds may not be provided to any state or local governments that subject “any institutional or individual healthcare entity to discrimination on the basis that the healthcare entity does not provide, pay for, provide coverage of, or refer for abortions.”

In its warning to California, the Office of Civil Rights at the Health and Human Services Department alleged that the state’s requirement that health plans cover abortion services effectively discriminates against health insurance plans that don’t cover abortions.

California is among six states — including New York, Illinois and Washington — that require health plans being sold in the state to cover abortion services.

The requirement is rooted in state law mandating basic medical services be covered by insurance plans.

Several challenges to the rules from abortion opponents have been rejected by state and federal courts in recent years.

Nevertheless, as President Trump was preparing to address the annual March for Life antiabortion rally in Washington last month, the administration announced that California’s rules were illegal.

That conclusion is wrong, the state officials said in their letter, which was sent to the Office of Civil Rights late Friday.

The letter noted that California in 2015 granted a waiver to a health plan that sought an exemption from the abortion coverage mandate so it could sell a plan to an employer that did not want to cover abortion services.

“Given this fact ... California has not subjected any healthcare entity to conduct restricted by the Weldon amendment,” the state said.

Further, the California officials charged the Trump administration with attempting to illegally expand the scope of the Weldon amendment, which does not prohibit abortion coverage. They accused the Office of Civil Rights, or OCR, of illegally threatening aid to the state.

“OCR threatens billions of dollars of federal funding ‘as a means of pressuring [California] to accept policy changes’ — a threat that the Constitution forbids,” they wrote, citing the 2012 Supreme Court decision that barred the Affordable Care Act from requiring states to expand Medicaid coverage.