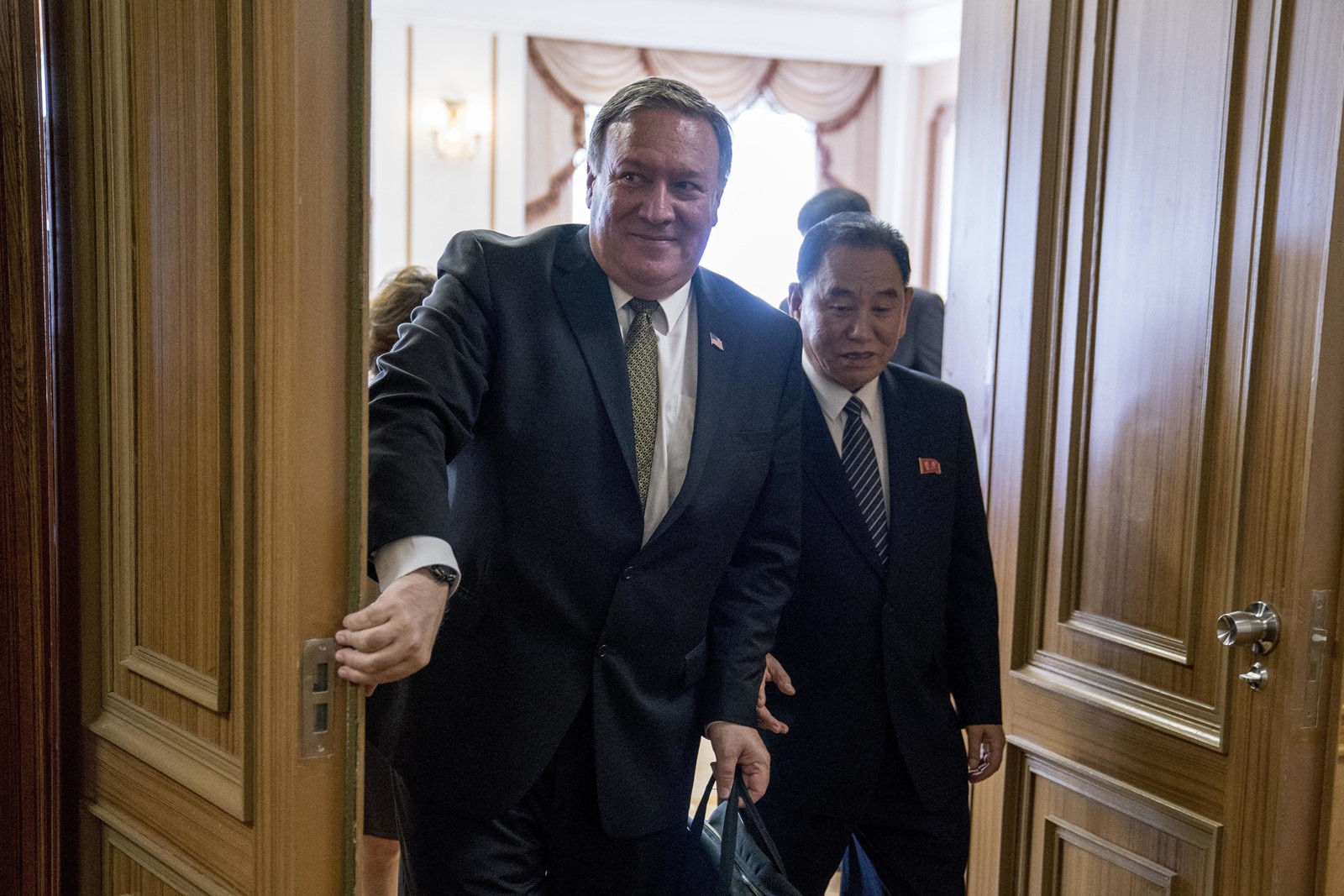 — Now that he has gotten a bitter taste of the diplomatic challenges in North Korea, Secretary of State Michael R. Pompeo must focus on the pace and structure of proposed talks if the Trump administration is to make progress toward nuclear disarmament on the Korean peninsula, analysts say.

But the divide may not be as deep as it appears, according to U.S. diplomats familiar with Pyongyang’s negotiating tactics. They said Pompeo can still get formal talks started if he forms a professional, senior-level, dedicated negotiating team to deal with Pyongyang.

“Everybody here is engaged in a process in which there really isn’t trust,” Gallucci added. “So you have to proceed carefully and you have to give, and get, at the same time.”

The complexities were underscored again Thursday when a North Korean delegation failed to show for a meeting that the U.S. said was planned to discuss repatriation of remains of U.S. military personnel killed during the Korean War. The State Department later said the meeting, in the demilitarized zone that separates the two Koreas, would be rescheduled for Sunday.

Trump separately tweeted an encouraging one-page letter he had received from the North Korean dictator. In the translation released by the White House, Kim praised his summit with Trump as the “start of a meaningful journey” and praised Trump’s “energetic and extraordinary efforts.”

Kim said he looked forward to their next meeting, but nowhere did he mention the point of the diplomacy — U.S. demands that he give up his nuclear weapons.

“Great progress being made!” Trump tweeted in response, calling it a “very nice note.”

Part of Pompeo’s problem has been inflated expectations of a quick success. Trump helped stoke those expectations by tweeting after the summit that North Korea was “no longer a nuclear threat.” In reality, a month later, it has done nothing to give up or disable its nuclear arsenal or vast nuclear infrastructure.

Another problem is the challenge of dealing with a closed, unpredictable government that speaks its own peculiar diplomatic language.

After Pompeo left Pyongyang on Saturday, the North Korean Foreign Ministry issued a statement that suggested a new clash with Washington, saying the U.S. side had shown a “gangster-like demand for denuclearization.”

But analysts said the statement clearly left open a door to additional engagement with the Trump administration, restated Pyongyang’s known demands and avoided criticizing Trump directly. Indeed, the statement said North Korea continued to “cherish our good faith” in the president, according to 38 North, a website that focuses on the Korean peninsula.

Pompeo has steadily shifted his rhetoric on what the Trump administration expects from Kim.

Instead of insisting on complete, immediate and verifiable denuclearization without any U.S. concessions in return, Pompeo now acknowledges that any nuclear negotiations — assuming they begin — will be a long, step-by-step process that will require the Trump administration to gradually reward North Korea with some of its demands along the way.

In Pyongyang, for example, Pompeo suggested Kim could count on U.S. security guarantees, which he did not specify. They would probably include drafting a treaty to formally end the Korean War; an armistice in 1953 silenced the guns but left the two Koreas still technically in a state of war.

Formally ending the conflict might allow the Trump administration to draw down some of the U.S. troops in South Korea, another North Korean demand. Kim also seeks a more normal diplomatic and economic relationship with Washington.

Security guarantees and dismantling North Korea’s nuclear arsenal “need to be conducted in parallel … simultaneously,” Pompeo said in Tokyo after he left Pyongyang.

Pompeo also has dropped the longtime U.S. demand for complete, verifiable, irreversible denuclearization. He now calls for “final, full denuclearization,” although the State Department spokeswoman has said it means the same thing.

A key indicator of how the talks are advancing, or not, is how quickly the next meeting takes place, and who participates.

After his trip, Pompeo announced the creation of “working groups” to hold talks with North Korea.

But U.S. experts cautioned that those conducting the process must be of senior rank, such as a special representative, and that Pompeo needs to be a frequent participant to preserve the momentum — even though he has other major responsibilities.

“Pompeo needs to be involved frequently, if not constantly,” said Joel S. Wit, a senior fellow at the Stimson Center and former State Department official specializing in the Koreas.

“Flying into Pyongyang, having two days of meetings and having some staff-level working group just isn’t going to cut it,” Wit added.

Ironically, the model he and others recommended is the Iran nuclear deal, the 2015 landmark multinational accord that saw Iran dismantle or give up its nuclear infrastructure, and submit to intrusive inspections, in exchange for sanctions relief.

But the Iran deal is anathema to the Trump administration. In May, Trump defiantly pulled the United States out of the agreement even though U.S. agencies and United Nations monitors agreed Tehran was in full compliance with its terms.