to wait on fight for leadership 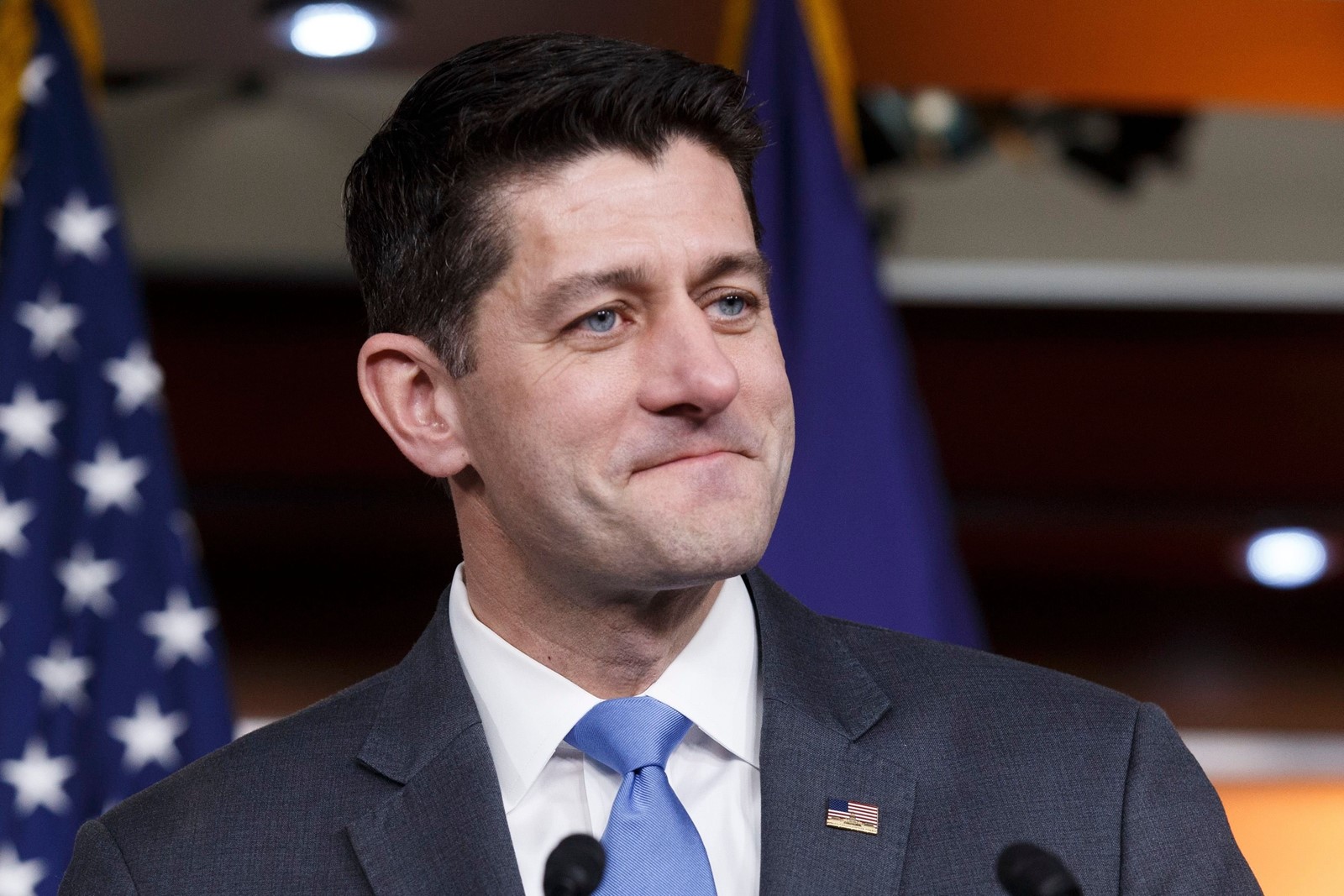 House Speaker Paul D. Ryan’s decision not to seek reelection throws an already fractious House into further uncertainty and could deal another blow to Republican hopes of holding onto control of Congress.

The Wisconsin Republican, often seen as a future GOP presidential contender, announced Wednesday that he would not run in November and would leave the speakership after the election. Republicans fear they will lose a significant number of House seats, and perhaps their majority, in the midterm election.

Ryan insisted that his departure has nothing to do with fears of a Democratic wave or frustration over President Trump’s administration. Instead he said that after securing his career-long dream of major tax-cut legislation in December, he wanted to spend more time with his teenage children.

He said that with tax cuts signed into law the party will be well-positioned by election day, and he suggested he saw no further challenges ahead. His decision was also an acknowledgment that odds are low during the reminder of the year to achieve any of his other long-standing priorities, such as cutting Social Security, Medicare and other domestic programs.

Ryan’s early departure from a job few leave voluntarily — it is second in line to the presidency — also means that he won’t be around to face the fiscal consequences of the tax cuts, which the nonpartisan Congressional Budget Office said Monday would add $1.9 trillion to the nation’s budget deficit by 2028.

“I have accomplished much of what I came here to do, and my kids aren’t getting any younger. And if I stay, they’re only going to know me as a weekend dad,” he told reporters after breaking the news to his staff and fellow House members.

As for what his planned departure will mean to Republicans in November, Ryan brushed aside any negative fallout. “I don’t think it affects it,” he said. “Look, if we do our jobs — which we are — we’re going to be fine as a majority.”

Realistically, his departure poses multiple threats to Republicans. Ryan, 48, has been one of the party’s most prolific fundraisers, and his announcement dampened morale just as other Republicans are deciding whether to join more than three dozen GOP incumbents who already have decided not to run.

Republicans including Ryan pledged Wednesday that the fight to replace him would be on hold until after the election. But already, talk filled the Capitol of meetings to determine levels of support for Ryan lieutenants and others, as all parties waited to see whether Trump would anoint a favorite. That fight is also likely to reopen some of the internal GOP fissures Ryan worked to narrow as speaker after they drove out his predecessor, Ohio Rep. John A. Boehner.

Among the likely candidates were Ryan’s second and third in command, Reps. Kevin McCarthy of Bakersfield and Steve Scalise of Louisiana. Rep. Mark Meadows of North Carolina, leader of the House Freedom Caucus — which helped push out Boehner — was described Wednesday as more likely navigating to be a kingmaker than a candidate.

“The biggest issue now is trying to hold the majority.… The last thing we need is a leadership battle,” Rep. Charlie Dent of Pennsylvania, one of the dozens of departing Republicans, told reporters.

Dent took pains to exclude Ryan from blame for possible poor results in November, but did little to soften his view of the difficulties ahead for Republicans.

“We have a toxic political environment, with or without Paul Ryan’s decision,” he said, adding that the election would be “a referendum on the president of the United States and the party in power.”

“We can all read between the lines,” he said of Ryan’s departure. “This is not an easy administration to deal with.”

First elected to the House in 1998, Ryan was the GOP vice presidential nominee in 2012 under Mitt Romney, who on Wednesday praised Ryan for his “love of country” and “integrity, honor and dignity.”

The speaker’s move came less than three years after he reluctantly took the leadership post as a compromise candidate after Boehner’s resignation. Like Boehner’s before him, Ryan’s tenure was plagued by divisions within the GOP, some longstanding and others exacerbated by Trump’s election.

Both the Republican Party and Ryan himself have changed dramatically in the years since his arrival.

Ryan came into Congress as a devotee of Republican politics as practiced by another former House member and vice presidential candidate, Jack Kemp. Kemp espoused a more expansive Republican Party that would seek out minorities and other nontraditional GOP voters, and support immigrants and free trade.

When Ryan joined the 2012 presidential race, he was a young exercise fanatic and fiscal conservative who advocated drastic budget cuts to Medicare and other domestic programs.

The party’s turn to Trump, and a narrower and more nationalistic view of the country’s direction, gave Ryan his greatest achievement legislatively, but also took a toll on his reputation and legacy.

The tax-cut measure was made possible only because of Trump’s presence in the White House, as Ryan acknowledged. But notably, in Wednesday’s remarks he did not mention Trump until questioned by reporters.

“I’m grateful to the president for giving us this opportunity to do big things, to get this country on the right track,” Ryan said. “He’s given us that chance, so I’m grateful to him for that.”

The two were not always in policy lockstep, however: Trump helped put the brakes on Ryan’s goal of cutting Social Security, Medicare and other programs. After celebrating House passage of an early Obamacare repeal bill, Trump later described it as “mean.”

Ryan also lost luster for his handling of the president. Trump supporters castigated him in 2016, when Ryan put distance between himself and the then-nominee for president, reproaching him publicly several times. After the release of an “Access Hollywood” video in which Trump bragged about grabbing women by the genitals without their consent, Ryan vowed not to campaign for him.

Once Trump was elected, however, Ryan worked with him, drawing criticism from Trump opponents for declining to speak forcefully when the president insulted various groups of Americans or turned his back on long-held Republican views like free trade. Neither did Ryan stand up to Trump’s frequent attacks of his own Justice Department, intelligence community and the Russia investigation led by special counsel Robert S. Mueller III.

His accommodation of Trump seemed to rest largely on an awareness that the goal he had long sought, tax cuts, could only be accomplished with the signature of the Republican president.

For all the awkwardness of his last year as speaker, and policy failures including an inability to make good on the GOP promise to repeal and replace Obamacare, Ryan will depart of his own volition, neither pushed out like Boehner, nor resigning under a cloud, like Rep. Newt Gingrich and others.

Speaking from Italy, where his wife, Callista, is the ambassador to the Vatican, Gingrich said he believed Ryan resigned because he “does not particularly like managing and leading 240 Republicans and trying to cope with the Senate and the White House.”

The former speaker pointed out that Ryan is decades younger than some presidential candidates, should he eventually decided to reenter politics. “He’s got at least six presidential elections in front of him,” Gingrich said.

In media interviews later in the day, Ryan repeatedly said he had no plans to run for elected office again.