Defendants’ own posts are being used against them as judges decide their punishment. 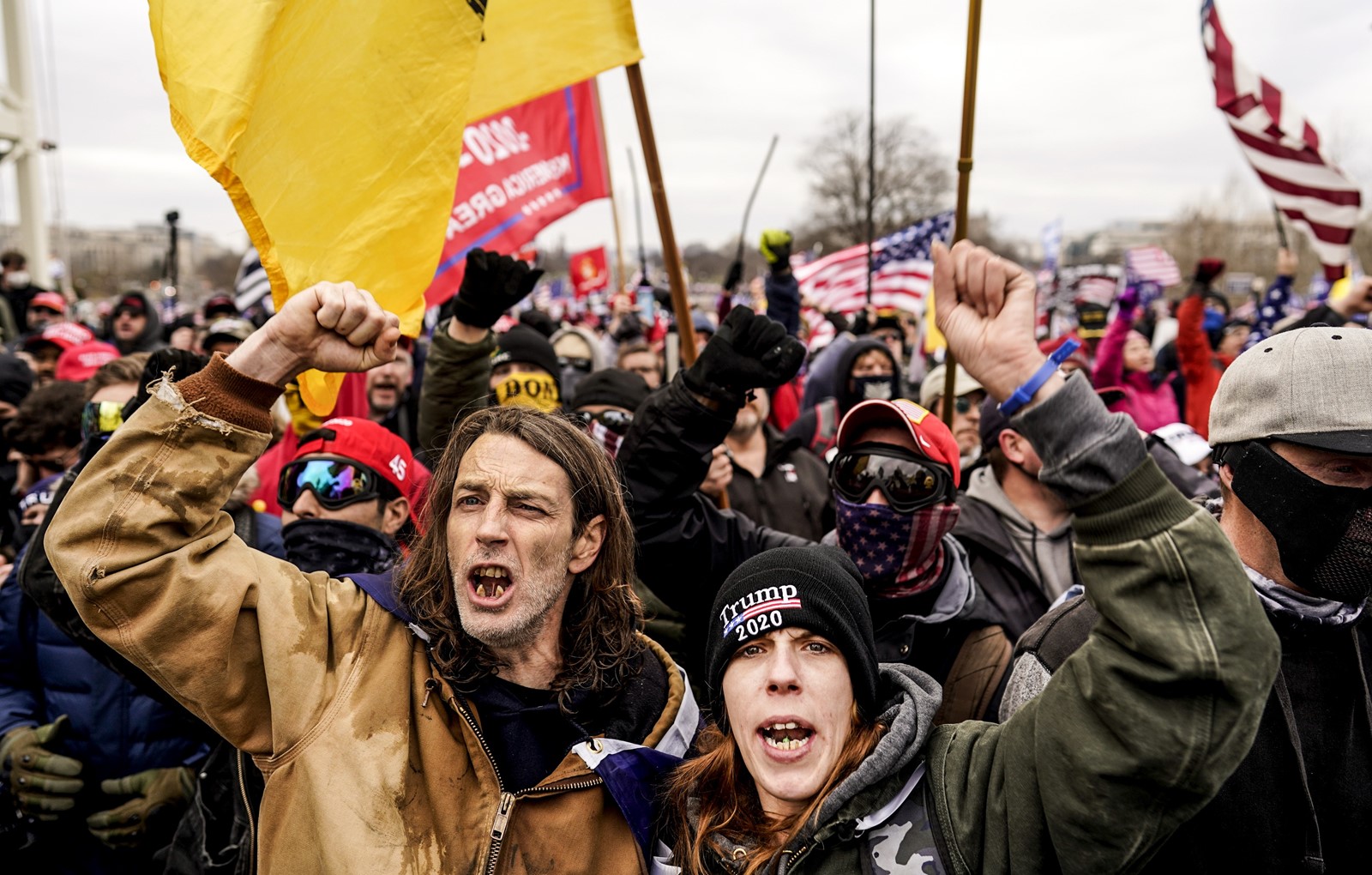 MORE THAN 50 people had been sentenced as of Friday for federal crimes related to the Jan. 6 attack on the U.S. Capitol. At least 28 of them saw their social media activity used to justify requests for strict sentences. (Kent Nishimura Los Angeles Times)
PREVIOUS IMAGE

For many of those who stormed the U.S. Capitol on Jan. 6, self-incriminating messages, photos and videos that they broadcast on social media before, during and after the insurrection are influencing their sentences.

Earlier this month, U.S. District Judge Amy Jackson read aloud some of Russell Peterson’s posts about the riot before she sentenced the Pennsylvania man to 30 days’ imprisonment.

“Overall I had fun lol,” he had posted on Facebook.

The judge told Peterson that his posts made it “extraordinarily difficult” for her to show him leniency.

“The ‘lol’ particularly stuck in my craw because, as I hope you’ve come to understand, nothing about Jan. 6 was funny,” Jackson added. “No one locked in a room, cowering under a table for hours, was laughing.”

In the Justice Department’s prosecution of the insurrection, much of the most damning evidence is coming from participants’ own words and videos.

FBI agents have identified scores of rioters from public posts and records subpoenaed from social media platforms. Prosecutors are using the posts to build cases, and judges are citing defendants’ words and images as factors weighing in favor of tougher sentences.

As of Friday, more than 50 people had been sentenced for federal crimes related to the insurrection. In at least 28 of those cases, prosecutors factored a defendant’s social media posts into requests for stricter sentences, according to an Associated Press review of court records.

Prosecutors had recommended probation for Indiana hair salon owner Dona Sue Bissey, but Judge Tanya Chutkan sentenced her to two weeks in jail for participating in the assault. The judge noted that Bissey had posted a screenshot of a Twitter post that read, “This is the First time the U.S. Capitol had been breached since it was attacked by the British in 1814.”

“When Ms. Bissey got home, she was not struck with remorse or regret for what she had done,” Chutkan said. “She is celebrating and bragging about her participation in what amounted to an attempted overthrow of the government.”

FBI agents obtained a search warrant for Andrew Ryan Bennett’s Facebook account after getting a tip that the Maryland man had livestreamed video from inside the Capitol. Two days before the riot, Bennett posted a Facebook message that said, “You better be ready chaos is coming and I will be in DC on 1/6/2021 fighting for my freedom!”

Judge James Boasberg singled out that post as an aggravating factor weighing in favor of house arrest instead of mere probation.

Senior Judge Reggie Walton noted that Lori Ann Vinson had publicly expressed pride in her actions at the Capitol both on Facebook and in television news interviews.

“I understand that sometimes emotions get in the way and people do and say stupid things, because it was ridiculous what was said. But does that justify me giving a prison sentence or a jail sentence? That’s a hard question for me to ask,” Walton said.

Prosecutors asked for a one-month jail sentence for Vinson, but the judge sentenced the Kentucky nurse to five years of probation and ordered her to pay a $5,000 fine and perform 120 hours of community service.

In the case of Felipe Marquez, the judge found that his social media posts belied serious mental health issues that needed treatment rather than incarceration.

Marquez had recorded cellphone videos of himself with other insurrectionists inside the office of Sen. Jeff Merkley (D-Ore.). Back home in Florida, Marquez posted a YouTube video in which he rapped about his Jan. 6 experience to the tune of Shaggy’s “It Wasn’t Me,” with lyrics that included, “We even fist-bumped police” and “We were taking selfies.”

Prosecutors had recommended a four-month jail sentence, but U.S. District Judge Rudolph Contreras sentenced him instead to three months of home confinement with mental health treatment, followed by probation.

“I do think you have some serious issues you need to address,” Contreras told Marquez in court. “That played a large role in my sentencing decision.”

Jackson gave Andrew Wrigley a history lesson before she sentenced the Pennsylvania man to 18 months of probation. Wrigley had posted a photo of himself holding a 1776 flag during the attack. The judge said the gesture didn’t honor the nation’s founders.

Scott Fairlamb of New Jersey had been captured on videos punching a police officer outside the Capitol. His Facebook and Instagram posts showed he had gone there prepared to commit violence and had no remorse for his actions, prosecutors said.

Senior Judge Royce Lamberth said other rioters would be “well-advised” to join Fairlamb in pleading guilty.

“You couldn’t have beat this if you went to trial on the evidence that I saw,” Lamberth said before sentencing him to 41 months in prison.

Social media worked to the advantage of at least one defendant. Jacob Hiles of Virginia ended up avoiding a stricter sentence because he’d posted videos and photos of him and his cousin at the Capitol.

A day after the riot, Hiles received a private Facebook message from a Capitol Police officer who said he agreed with Hiles’ “political stance” and encouraged him to delete his incriminating posts, according to prosecutors.

The officer, Michael Angelo Riley, deleted his communications with Hiles, but investigators recovered the messages from Hiles’ Facebook account, prosecutors said, which led to Riley’s indictment on obstruction charges.

On Monday, Jackson sentenced Hiles to two years of probation after prosecutors said the case against Riley may have been impossible without Hiles’ cooperation.