How masks protect us 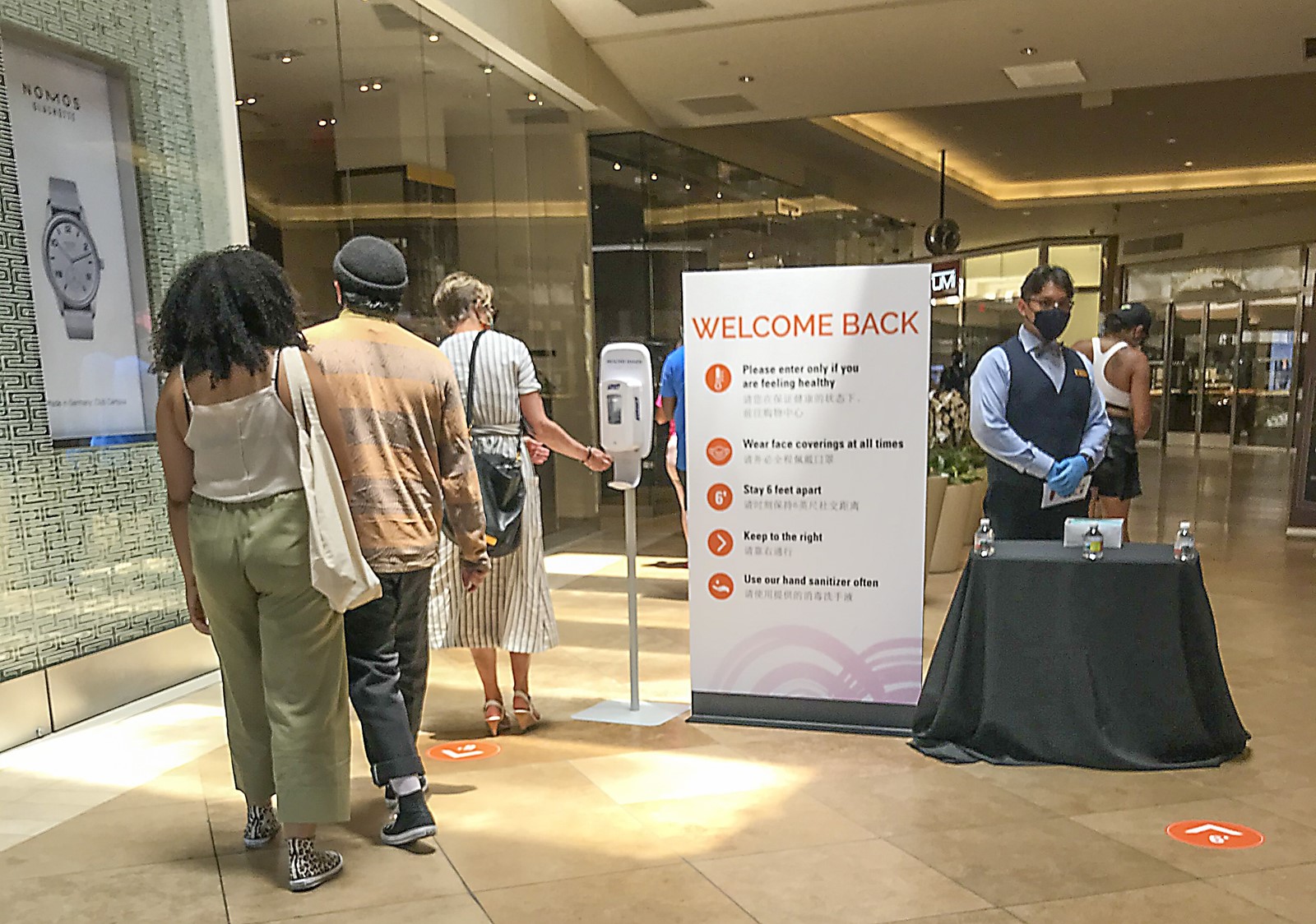 There’s a common refrain that masks don’t protect you; they protect other people from your germs, which is important to keep unknowingly infected people from spreading the coronavirus.

But now, there’s mounting evidence that masks also protect you.

If you’re unlucky enough to encounter an infectious person, wearing any kind of face covering will reduce the amount of virus that your body will take in.

As it turns out, that’s pretty important. Breathing in a small amount of virus may lead to no disease or far more mild infection. But inhaling a huge volume of virus particles can result in serious disease or death.

That’s the argument Dr. Monica Gandhi, UC San Francisco professor of medicine and medical director of the HIV Clinic at Zuckerberg San Francisco General Hospital, is making about why — if you are unlucky to get infected with the virus — masking can still protect you from more severe disease.

“There is this theory that facial masking reduces the [amount of virus you get exposed to] and disease severity,” Gandhi said.

The idea of requiring mask-wearing in public has become an increasingly pressing and politicized issue as California and the rest of the nation see a surge in new cases as the economy reopens.

California this week ordered a reclosure of many businesses, include a statewide halting of all indoor dining and closure of bars. The state also ordered a closing down of indoor gyms, houses of worship, hair salons, nail salons and offices for nonessential industries.

But experts say masks are essential for people to wear when they still go out in public, such as to shop or go to medical appointments, and when close to other people at the beach or park.

California has mandated face coverings in public settings since June 18, and a growing number of communities said they will ticket people who disobey the rules. But there remains some resistance to the government mandating wearing masks in some corners of the state.

Some leaders in Orange County have pushed back against requiring students to wear masks should they return to classrooms in the fall.

In policy recommendations approved by the Orange County Board of Education on Monday, a document stated that “requiring children to wear masks during school is not only difficult — if not impossible to implement — but [is] not based on science. It may even be harmful.” Individual districts will have the final say on how schools reopen.

Some health experts were appalled by that language.

“This anti-mask rhetoric is mind-blowing, dangerous, deadly and polarizing,” said Dr. Peter Chin-Hong, professor of medicine and an infectious diseases specialist at UC San Francisco. “There is no evidence that it is dangerous.”

In fact, wearing masks can help prevent children from being infected and suffering serious consequences of infection, such as multisystem inflammatory syndrome, a rare condition that has been seen in children who have been infected with the coronavirus. “Kids not only transmit, but they can get sick as well,” Chin-Hong said.

Transmission rates for the coronavirus have been rising across the state. Nearly 1,000 of San Francisco’s nearly 4,600 cases have been diagnosed in just the last two weeks, said Dr. Grant Colfax, the city’s director of public health.

“This, again, indicates that the virus is spreading throughout the city, particularly ... in the southeast part of city,” Colfax said.

For every one person who contracts the virus, another 1.25 people on average are now infected, he said. “We really need to drive that down to 1 or below as quickly and as soon as possible.”

The transmission rate also rose above 1 in L.A. County in June, but has fallen back to 1. “The virus currently rages on in our community,” Public Health Director Barbara Ferrer said.

The reason why masks are so important in controlling the spread of the virus is that it can be widely spread by people who are not visibly sick — either because they haven’t yet shown signs of illness, or they will spend the entire course of their infections with little or no symptoms at all.

A key piece of evidence for this emerged earlier this year, on the Diamond Princess cruise ship that carried infected crew and passengers in Asia. A study published by the U.S. Centers for Disease Control and Prevention found that of 712 people testing positive for the virus, nearly half were asymptomatic at the time of testing.

And even if a person wearing a mask gets infected, the mask — by filtering out most of the viral particles exhaled by the infected person — probably leads to less severe disease, Gandhi said.

The idea that a lower dose of virus when being infected brings less illness is a well-worn idea in medicine.

Even going back to 1938, there was a study showing that by giving mice a higher dose of a deadly virus, the mice are more likely to get severe disease and die, Gandhi said.

The same principle applies to humans. A study published in 2015 gave healthy volunteers varying doses of a flu virus; those who got higher doses got sicker, with more coughing and shortness of breath, Gandhi said.