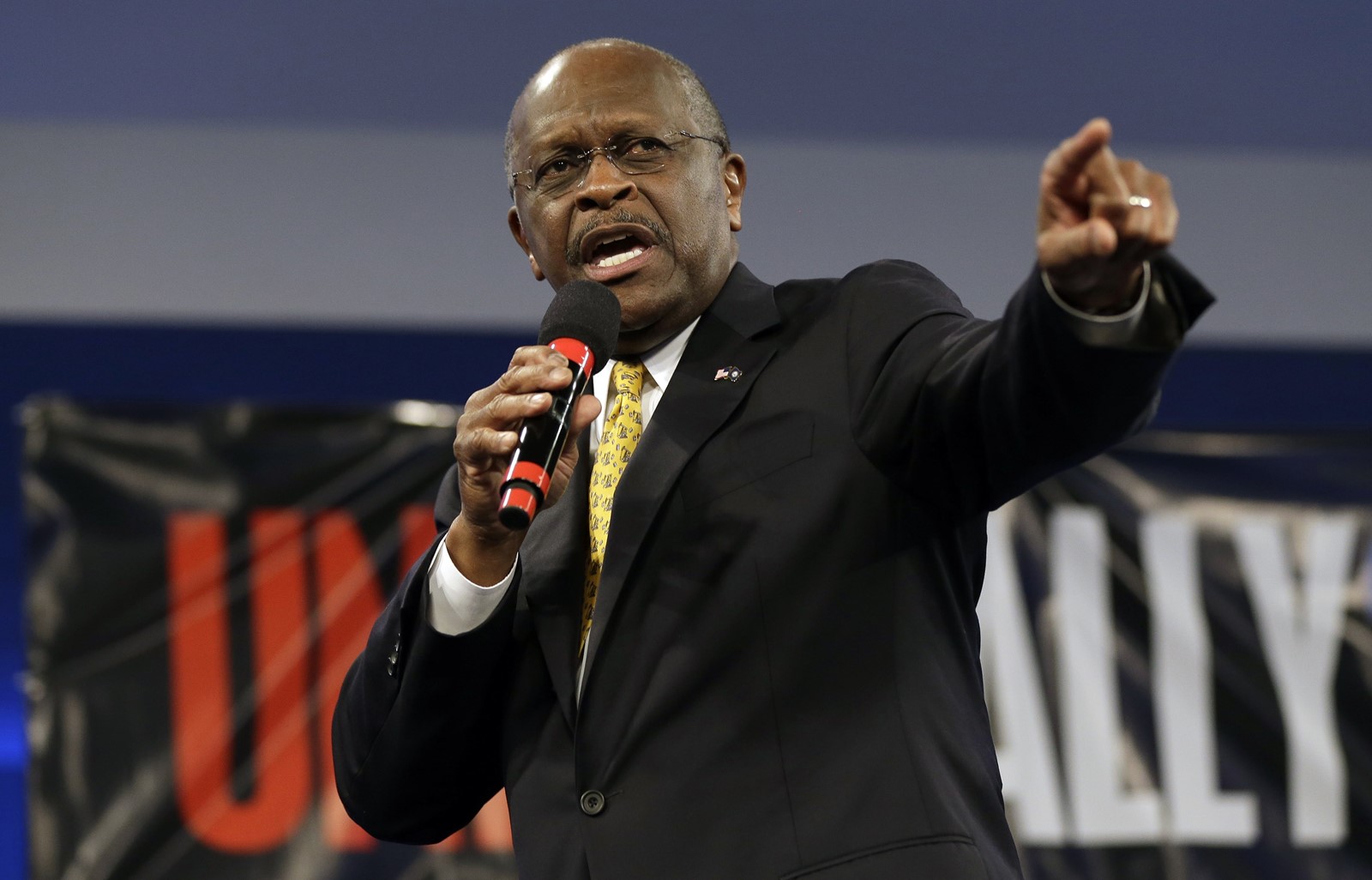 erman Cain, a former Republican presidential candidate and former chief executive of a major pizza chain who went on to become an ardent supporter of President Trump, has died of complications from COVID-19. He was 74.

A post on Cain’s Twitter account Thursday announced the death but did not say when or where he died. Cain had been ill with the virus for several weeks. It’s not clear when or where he was infected, but he was hospitalized less than two weeks after attending Trump’s campaign rally in Tulsa, Okla., on June 20. Cain had been co-chairman of Black Voices for Trump.

A photo taken at the rally showed Cain, without a mask, sitting closely to other people who also were not wearing any face coverings. A statement on his Twitter account said he tested positive for COVID on June 29 and was hospitalized July 1 as his symptoms worsened.

Trump offered his condolences in a tweet Thursday in which he said he had also spoken by telephone to Cain’s family.

He later started his news conference at the White House with a mention of Cain’s death. “He was a very special person … and unfortunately he passed away from a thing called the China virus,” Trump said, using the moniker he often ascribes to the new coronavirus, which was first detected in China.

Cain, who had hoped to become the first Black politician to win the GOP nomination, was initially considered a long-shot candidate. His bid was propelled forward in September 2011, when he won a straw poll vote in Florida.

But Cain struggled to respond to accusations that he had sexually harassed several women and — in a video that went viral on the internet — rambled uncomfortably when asked whether he supported or opposed President Obama’s policies in Libya. He also made some gaffes on abortion and torture that led critics to question whether Cain was ready for the White House.

Just as Cain started surging in the polls, Politico reported that the National Restaurant Assn. had paid settlements to two former employees who said Cain sexually harassed them while he was CEO and president of the lobbying group from 1996 to 1999.

Another woman, Sharon Bialek, said that Cain groped her in a car in 1997 after a dinner in Washington.

Cain said he could not remember Bialek and denied sexually harassing anyone, but polls conducted in the weeks afterward showed his popularity slipping considerably.

He first ventured into national politics in 1994 when he publicly challenged President Clinton, a Democrat, on his proposal to force employers to buy health insurance for their employees. “For many, many businesses like mine, the cost of your plan is simply a cost that will cause us to eliminate jobs,” Cain told Clinton. “What will I tell those people whose jobs I will have to eliminate?”

Afterward, the restaurant industry used Cain as a spokesman as it campaigned against Clinton’s plan, which ultimately failed.

Cain served as a director of the Federal Reserve Bank of Kansas City from 1992 to 1996.

Cain’s run for the presidency was unlikely considering his origins. Born in the segregated South, his father worked three jobs as a janitor, barber and chauffeur, while his mother was a servant.

He graduated from Morehouse College, a historically Black college for men in Atlanta, received a master’s degree from Purdue University and worked as a civilian mathematician in the U.S. Navy.

He worked first for Coca-Cola, became a vice president with Pillsbury, then was appointed to run its struggling Burger King unit in the Philadelphia area.

His success prompted Pillsbury officials to ask Cain to take over its foundering Godfather’s Pizza chain. Cain said he returned the franchise to profitability.

Cain is survived by his wife, Gloria Etchison, their children and grandchildren.