A new effort to thin the forests

Trump’s assertion that logging will reduce fire risk is disputed 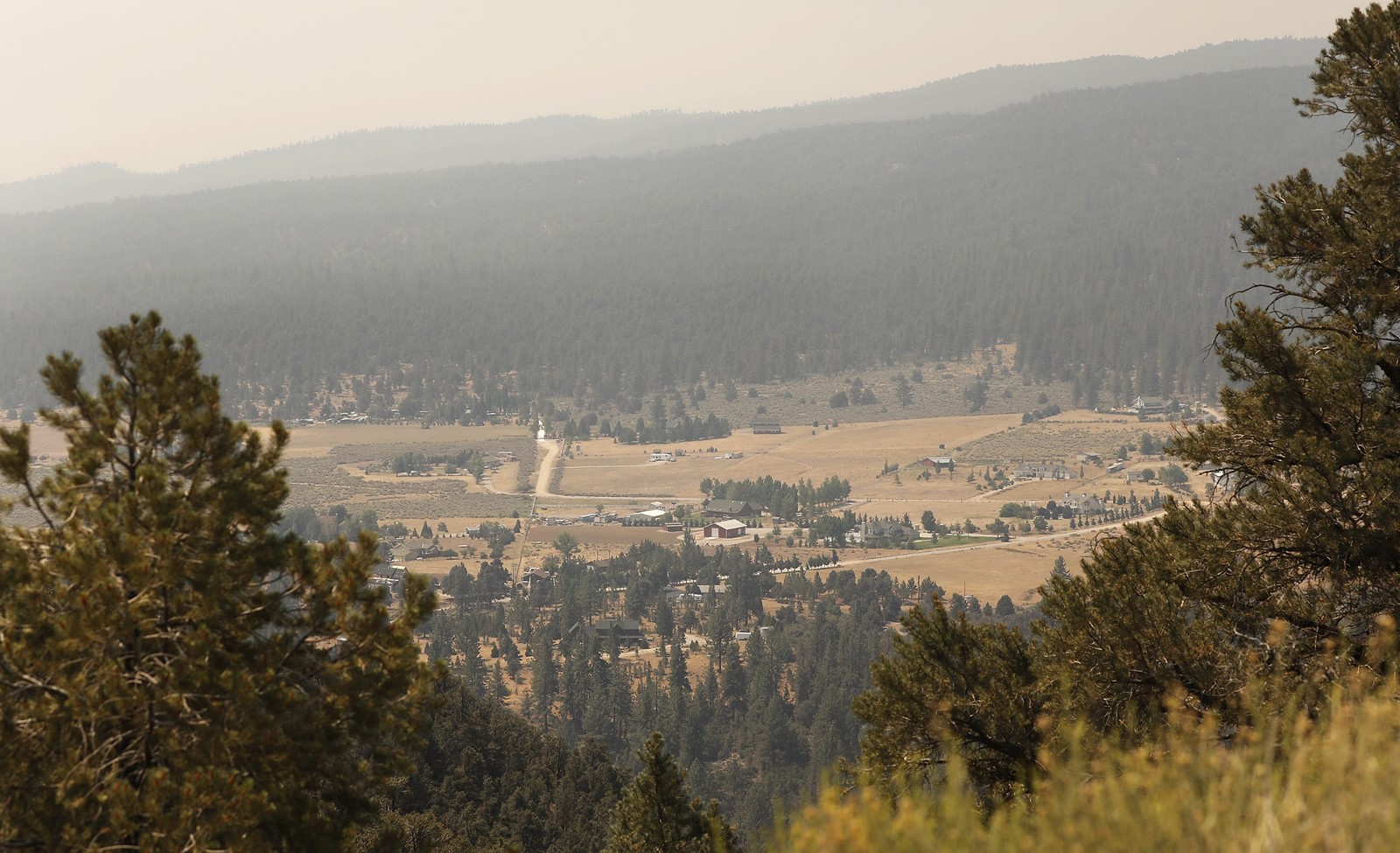 PINON PINES Estates is seen from Tecuya Ridge in the Los Padres National Forest. The U.S. government is moving to allow commercial logging of healthy green pine trees in the forest for the first time in decades. (Photographs by Al Seib Los Angeles Times) 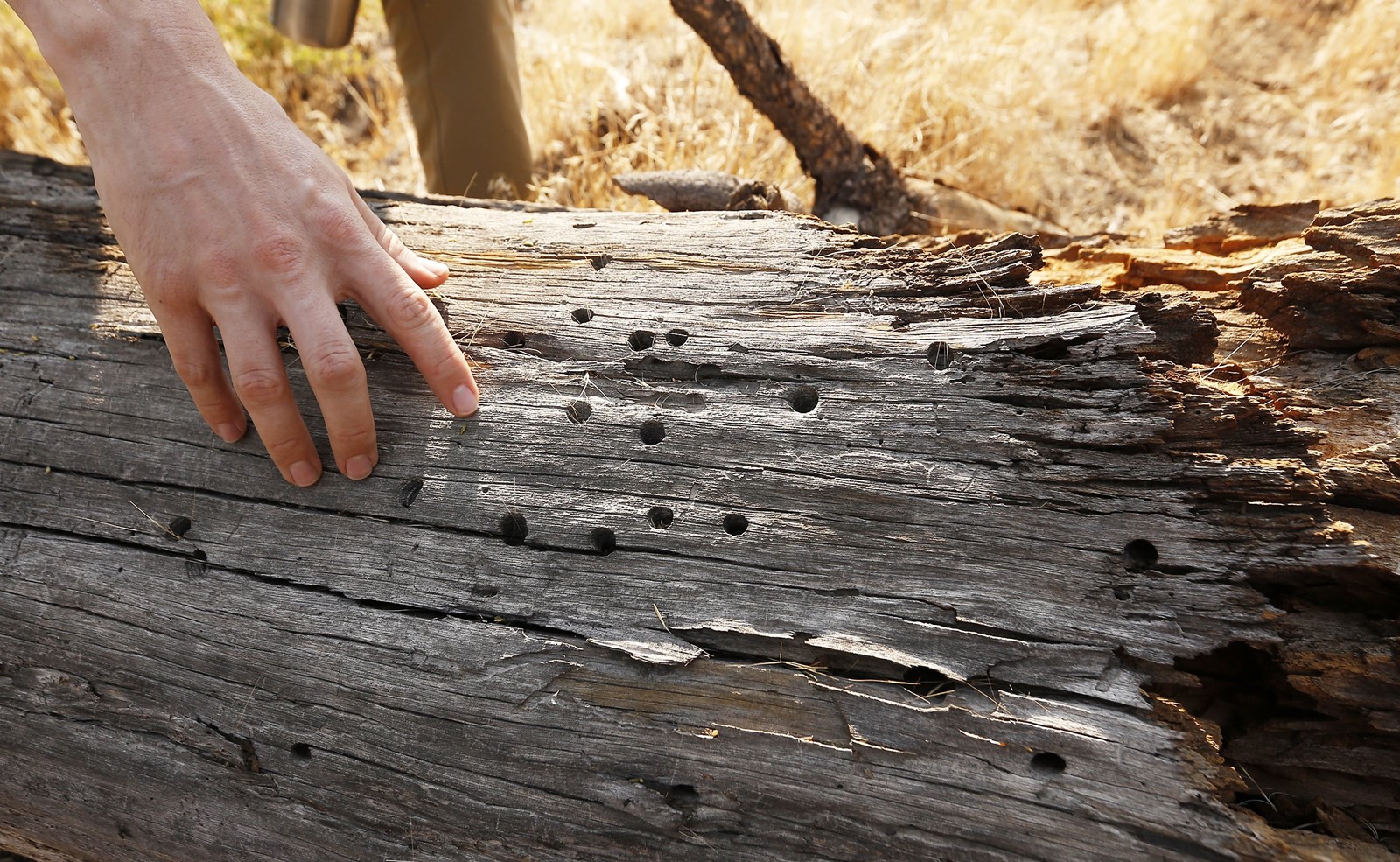 Logging has long been among California’s most divisive environmental issues — and the controversy shows little chance of cooling as the Trump administration pushes new efforts to thin forests.

“California wildfires are being magnified & made so much worse by the bad environmental laws which aren’t allowing massive amounts of readily available water to be properly utilized,” Trump tweeted Sunday. “It is being diverted into the Pacific Ocean. Must also tree clear to stop fire spreading!”

The brunt of Trump’s tweet attempts to tie the fires ravaging Northern California to complaints by members of the state’s Republican congressional delegation about environmental protections that have reduced water deliveries to San Joaquin Valley agriculture.

Trump’s suggestion was quickly disputed: That water is not used for firefighting, there is no shortage of water available to firefighters, and, generally speaking, water plays a relatively small role in wildland firefights, which focus primarily on fire breaks and fuel clearance.

“We’re having no problems as far as access to water supply,” said Scott McClean, deputy chief of the California Department of Forest and Fire Protection. “The problem is changing climate leading to more severe and destructive fires.”

“For the president to attempt to make political hay out of this disaster is unfortunate and unconscionable,” said Rick Frank, professor of environmental practice at the UC Davis School of Law.

But Trump’s call for tree-clearing is more than just an idle tweet.

The Trump administration is seeking to reopen some of the most sensitive and sought-after public lands in the state not just for timber production, but also for potential solar, wind, broadband infrastructure, mining, off-road vehicle and grazing uses.

When it comes to timber, the justification is fire prevention.

Environmental groups have long argued that the logging industry has used fire as an excuse to plunder forests, cutting big trees and leaving behind only small, unmarketable timber.

The timber industry, however, says that in order to remove flammable deadwood and stop the spread of insects to still-healthy trees, it needs greater access to more valuable live trees.

“Active forest and rangeland management, including harvesting, grazing, prescribed burns and other fuels treatments, would make our forests healthier, less prone to severe fires and help them adapt to a hotter, drier climate,” said Andrea Howell, a spokeswoman for Sierra Pacific Industries, one of the nation’s largest logging firms.

One way to help get the job done, industry advocates maintain, is to set aside what they describe as burdensome regulations that have curtailed timber harvesting in national forests.

That is exactly what the Trump administration is considering in Los Padres.

The Forest Service plans to remove most of the sagebrush and cut down thousands of Jeffrey pine, Ponderosa pine and white fir trees across 2,800 acres it says are overgrown, unhealthy and vulnerable to drought and disease.

Officials said the plans include creation of a firebreak 12 miles long and up to half a mile wide along Tecuya Ridge, and removal of brush and trees, including marketable green pines in Cuddy Valley, without first conducting formal environmental impact reviews of the potential effect on habitats and wildlife such as the federally endangered California condor.

“Our goal is to keep the ... forest healthy and increase public safety,” said Gregory Thompson, who helps manage the Los Padres National Forest. “We have plans for additional commercial logging projects.”

Marketable logs would be hauled to the Sierra Forest Products sawmill near Porterville, about 90 miles to the north, he said.

The plans, which officials said may be approved this month, have drawn criticism from environmental organizations including the Los Padres Forest Watch, the John Muir Project of Earth Island and the Center for Biological Diversity.

On a recent weekday, naturalist James Lowery, 73, of Frazier Mountain eyed a stand of 100-foot-tall Jeffrey pines shading a stretch of Tecayu Ridge that the Forest Service insists is overstocked and ailing.

“To bureaucrats in Washington looking at a map, this area probably doesn’t look ecologically significant,” he said.

But “ripping out sage and shrubs would eliminate habitat for ground-nesting birds, insects, reptiles and small mammals including the wood rats that spent generations building that nest over there,” he said, nodding toward a pile of twigs and wood chips.

“Without those creatures, there would be no reason for animals that feed on them — gray foxes, bobcats and mountain lions — to come here,” he said. “And it’s not hard to imagine how California condors that roost in surrounding snags would react to the rumble and roar of heavy machinery.”

Lowery paused, weighing his words, and said, “This forest would not recover in my lifetime from what the Forest Service likes to call fuel reduction and forest improvement projects.”

Timber advocates such as Reps. Doug LaMalfa (R-Richvale) and Tom McClintock (R-Elk Grove) argue that activists and environmental laws are responsible for the steep decline in timber sales — and an increase in forest fires — throughout the West.

So far this year, an estimated 4,800 fires have burned about 550,000 acres, destroying more than 1,000 homes and killing eight people, including four firefighters, authorities say.

Even after years of record-breaking temperatures and increasingly destructive blazes, more people are moving to rural communities surrounded by forests — putting more homes and lives at risk.

Since the early 1990s, the Forest Service has been under pressure from the environmental movement and the timber industry to come up with a strategy acceptable to both. Prompting that pressure was concern over the decline of the California spotted owl in Northern California’s forests.

Timber harvesting in Southern California has been largely restricted to post-fire thinning and salvage logging operations in and around alpine communities such as Idyllwild, in the San Jacinto Mountains, and Lake Arrowhead and Big Bear Lake in the San Bernardino Mountains. Most of the marketable wood generated by those efforts was cut and sold as firewood.

Critics contend the proposed logging in the Los Padres is a signal that the balance of power in national forests is shifting under the Trump administration. Such projects could open the door to commercial logging in other public forests currently managed as watersheds rather than timberlands, such as the Angeles, San Bernardino and Cleveland national forests.

“We are witnessing a historical change unfolding in the national forests in our own backyard,” said Richard Halsey, founder of the nonprofit Chaparral Institute in Escondido, Calif. “Timber was never part of the equation, until now.”

Thompson said Halsey misses the point. “We’re trying to be proactive,” he said, “so that nature can take its course in a healthy and safe manner.”

Ashley McConnell, a spokeswoman for the U.S. Fish and Wildlife Service, said her agency plans to work with the Forest Service to help protect active California condor nest sites or roosting areas.

Logging, she said, could “benefit California condor habitat because the larger and older trees where condors typically roost are preserved.”

To Bryant Baker, conservation director for Los Padres Forest Watch, that kind of talk adds kindling to one of the state’s most inflammatory issues.

Logging is a disruptive business, he said, even in the most responsible hands. Access to prime timber stands high in the Los Padres may require new roads that intrude on wilderness and disturb soil, causing erosion, choking streams and degrading water quality.

“Converting these forests to slash piles and commercial logs in a place where California condors were brought back from the brink of extinction would be precedent-setting,” he said. “At stake is the fate of the handful of pine forests scattered across Southern California’s high country.”