Tesla’s CEO is found not liable for calling a diver a ‘pedo guy’ in a spat last year over a Thailand cave rescue. 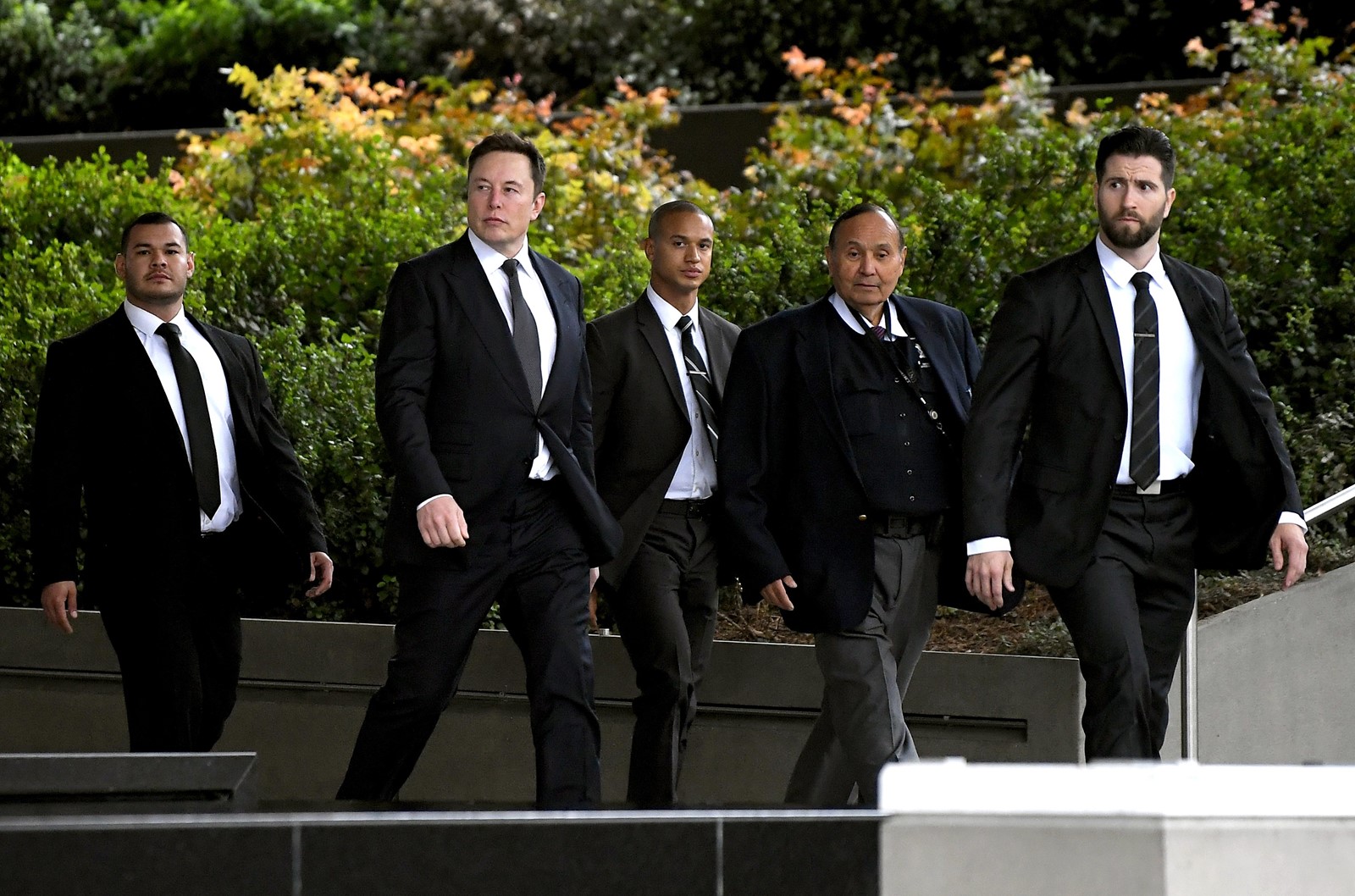 ELON MUSK, second from left, arrives Wednesday at U.S. District Court in L.A. He was accused of defaming a cave diver as a pedophile after the diver mocked Musk’s offer to help with a cave rescue as a “PR stunt.” (Mark J. Terrill Associated Press)
PREVIOUS IMAGE

Elon Musk will not be liable for defamation for calling a British cave rescuer a “pedo guy,” a federal jury in Los Angeles decided Friday.

An attorney for the diver, Vernon Unsworth, had told the jury earlier Friday that it would be reasonable to award $190 million in damages for Musk allegedly branding him as a pedophile during a Twitter spat.

Unsworth, 63, who participated in the rescue of 12 boys and their soccer coach trapped for weeks in a Thailand cave last year, had angered the Tesla chief executive by belittling his effort to help with the rescue as a “PR stunt.”

Musk, 48, contended that he was not literally calling Unsworth a pedophile. His lawyer told the jury the tweet was an insult provoked by Unsworth and did not rise to the level of defamation. Attorney Alex Spiro said Unsworth also failed to show actual damages.

“My faith in humanity has been restored,” Musk said after the verdict.

A jury of five women and three men deliberated for less than an hour in the afternoon in U.S. District Court.

Musk, a Bel-Air multibillionaire who is also CEO of SpaceX, traveled to Thailand with a rescue plan: a miniature submarine his engineers had developed to transport each member of the team out.

The boys were successfully rescued using wetsuits and oxygen tanks; Musk’s plan had been rejected. Later, Unsworth mocked Musk’s plan on CNN and said Musk could “stick his submarine where it hurts.” That provoked Musk’s ire and his comments against Unsworth.

In his closing argument, attorney Lin Wood called Musk a liar and said his accusations hit Unsworth like a nuclear bomb.

“He dropped a bomb on this man,” Wood said — then hired a private investigator to “finish him off.”

The case hinged on whether “pedo guy” was defamatory and damaged Unsworth’s reputation, or whether it was simply an insult unconnected to pedophilia.

It was a tweet seen around the world. An expert witness for Unsworth told the jury that 490 English-language stories were published mentioning the pedo guy tweet, not including stories about the litigation.

On the stand, Musk said the pedo guy comment was “off the cuff,” a response to a “rude and contemptuous” interview Unsworth gave to CNN. “I thought he was just some random, creepy guy that the media interviewed,” Musk said of Unsworth.

Unsworth’s lawyers offered evidence to show Musk literally accused Unsworth of pedophilia. After the initial tweet, Musk sent another that read, “Bet ya a signed dollar it’s true.” He had an employee pay a private investigator (who turned out to be a con man and ex-felon) to dig into Unsworth and leak material to the British media, according to court testimony. Musk sent emails to BuzzFeed News reporter Ryan Mac concerning his coverage of Unsworth, insinuating that the rescue diver was a child rapist.

In one email to Mac, according to court documents, Musk wrote, “I suggest that you call people you know in Thailand, find out what’s actually going on and stop defending child rapists.” Musk also said Unsworth moved to Thailand “for a child bride who was about 12 years old at the time,” though no evidence backs up such claims, the lawsuit said.

The verdict marks another instance in which Musk has managed to get out of legal trouble relatively unscathed. He agreed to step down from his role as chairman of Tesla for three years in 2018 to settle a U.S. Securities and Exchange Commission lawsuit over a tweet the regulator said had misled investors.