‘This guy transcends the sport’ 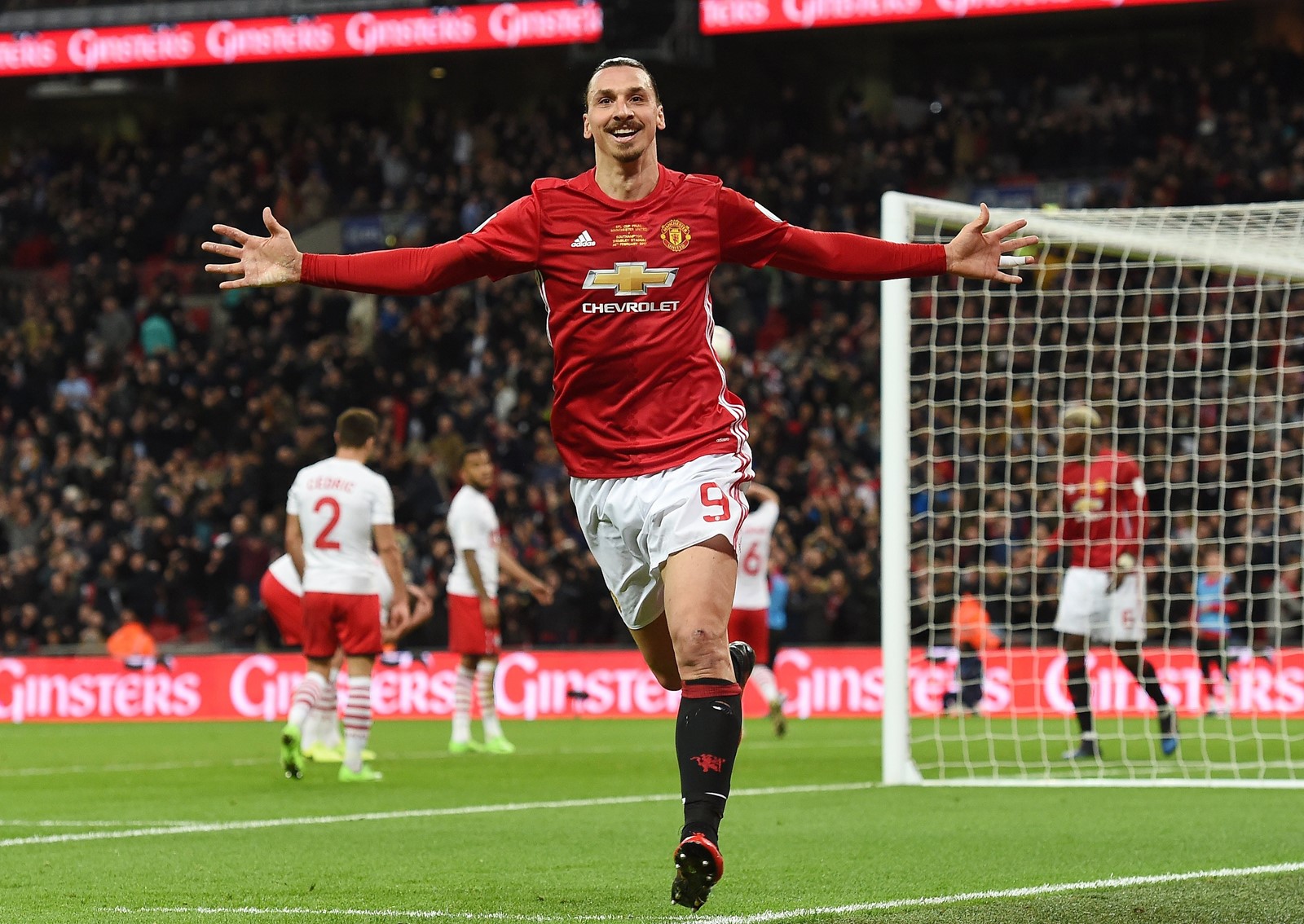 ZLATAN Ibrahimovic hinted that his Galaxy debut could be next week’s home match: “I am ready to go now.” (Andy Rain European Pressphoto Agency)
PREVIOUS IMAGE

A little more than a decade ago, the Galaxy lured David Beckham to Southern California from one of Europe’s top soccer clubs, a move that changed the direction of the sport in the U.S. forever.

On Thursday the Galaxy finalized a deal to bring an even bigger name to Major League Soccer — Zlatan Ibrahimovic, whose jaw-dropping athletic talent and oversized persona should make him an immediate star in Los Angeles.

Beckham was an iconic player, but a passer, not a scorer, who owed much of his celebrity to a pop-star wife and a modeling career that paid him more than soccer did.

Ibrahimovic, 36, ranks alongside Portugal’s Cristiano Ronaldo and Argentina’s Lionel Messi as one of the best three players of his generation, drawing more than 60 million followers on his social media accounts.

In his native Sweden, his first name has been trademarked.

On the field, the Swedish superstar has won 13 league titles in Italy, the Netherlands, Spain and France and averaged more than a goal every two games over an 18-year professional career. Off the field he’s a cult icon, a unique combination of old-school ego and millennial cool.

The spotlight loves Ibrahimovic — and he loves it right back.

When he came to England to play for Manchester United two years ago, he was asked if he hoped to become king of the city.

“I’ll be the God of Manchester,” he promised.

Asked Thursday if Los Angeles was big enough to handle his personality, he said “if it’s not, I’ll make it bigger.”

He certainly isn’t coming to Los Angeles for the money. Last season, his first at Manchester United, Ibrahimovic earned a reported $26 million. The Galaxy offered him $3 million — combined — over two seasons. And he took it.

“After being in Europe, winning 33 trophies, playing in the best teams in the world, playing with the best players in the world, I wanted to come to the U.S. and play my game there,” Ibrahimovic said by phone from England. “I wanted people to enjoy my game there and to win. And I chose the Galaxy to do that.”

Still, it took the Galaxy and technical director Jovan Kirovski years to close the deal. The first time the team approached Ibrahimovic, in the summer of 2016, he brushed them aside and signed a one-year contract with Manchester United.

The Galaxy tried again a year later and appeared close to a deal, but Ibrahimovic returned to England in an effort to win a Champions League title, the one major club trophy that has eluded him.

When United was eliminated from the tournament earlier this month, there was nothing to keep him in Europe. So the club agreed to terminate his contract, clearing the way for his move to MLS on a two-year deal that will be funded largely through special allocation funds provided by the league.

“He’s giving up a lot to come here,” said Dan Beckerman, the president of CEO of entertainment giant AEG, the Galaxy’s parent organization. “He’s made it clear he’s coming here to win championships. It’s not about the money.

“L.A. is a place for stars, and he’s going to be one of the brightest stars that’s ever played in this market,” he said. “In any sport.”

And by signing Ibrahimovic to a contract that won’t expire until he is 38, the Galaxy are going against the grain of a league-wide movement that has seen MLS clubs favor young South American players over aging Europeans coming to the U.S. to retire.

Galaxy president Chris Klein said the club is confident that Ibrahimovic’s knee injury — which shortened his 2016-17 season and limited him to five appearances this season — is fine.

And the Swede, who hasn’t played since Dec. 26, agreed, suggesting his MLS debut could come in the Galaxy’s next home game, March 31, against the cross-town rival Los Angeles Football Club.

“I am ready to go now,” Ibrahimovic said. “First of all, I’m there to play football. I’m not there for something else. My first objective is to play football and do what I’m good at.

“I’m excited to come over and to get the experience with the Galaxy and to explore how the football is there,” he said. “I want to be part of it and make it better.”