Trump denies he changed his story 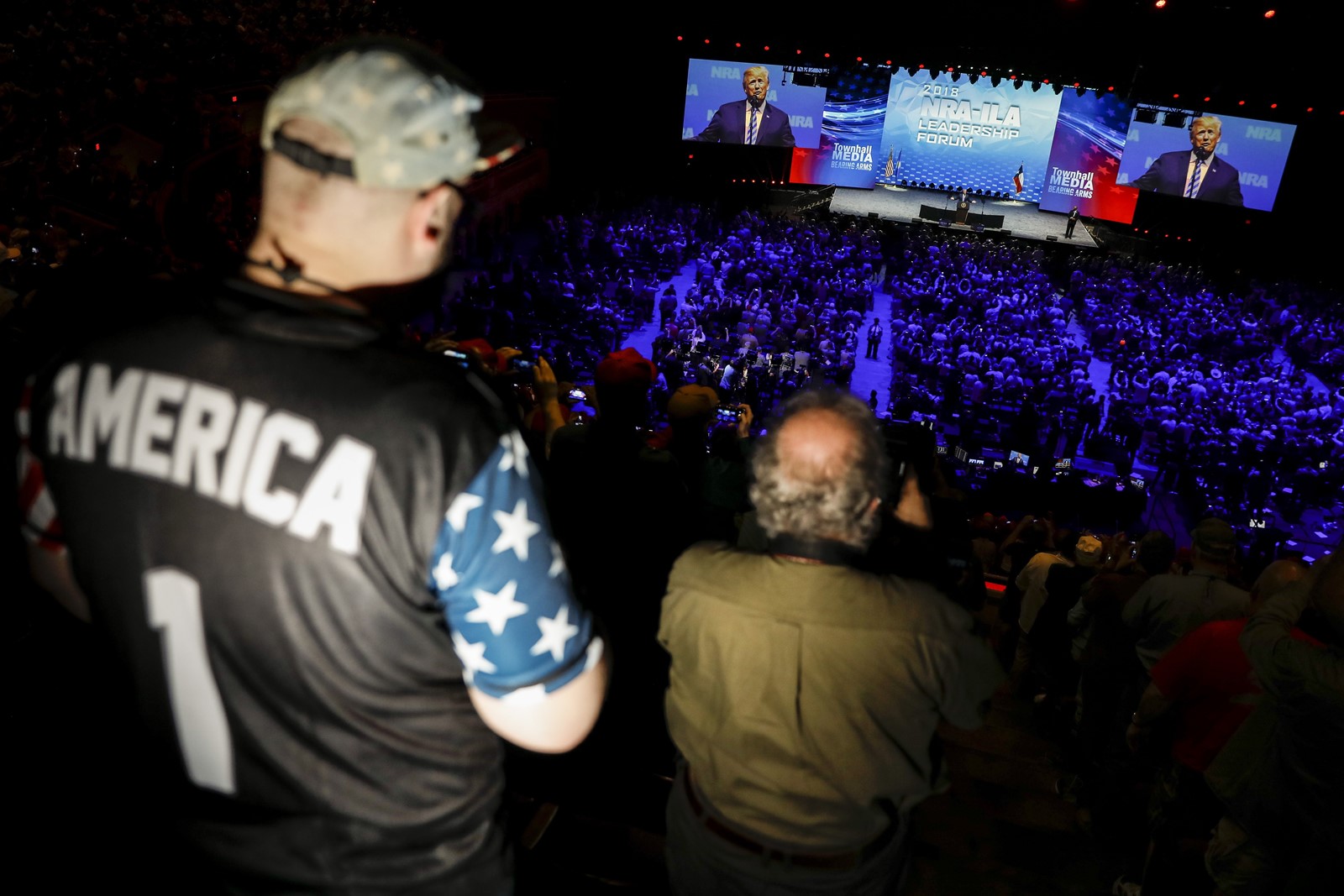 The president’s public rebuke — “He’ll get his facts straight” — forced Giuliani within hours to issue a “clarification” that cleared up little.

Trump, his legal worries seemingly mounting, also stepped up his attack against the special counsel investigating him and his associates, and hinted strongly that he would not submit to an interview with prosecutors — a decision that could provoke a constitutional contest that goes to the Supreme Court.

Giuliani had told multiple reporters this week that he had Trump’s backing when he disclosed, starting Wednesday night on Fox News, that Trump reimbursed his personal attorney Michael Cohen for money given to Daniels just before the 2016 election, to silence her about an alleged tryst. Trump last month had told reporters he was unaware of the payoff.

“He started yesterday,” Trump said Friday of Giuliani, who joined the president’s legal team two weeks ago. “He’ll get his facts straight. He’s a great guy.”

The president, speaking three separate times to reporters as he left for Dallas to address a National Rifle Assn. convention, said Giuliani agrees with him that the federal investigation of Trump and his associates is a “witch hunt.” Yet even as Trump went on to contest Giuliani’s other statements, he declined to specify which facts were wrong or to clarify any inaccuracies.

“Well, you’re going to find out, because, you know, we’re going to give a full list,” Trump said to reporters, adding that “there has been a lot of misinformation, really.”

He went on: “I say, you know what, learn before you speak. It’s a lot easier.”

The president bristled when a reporter asked why he’d changed his story on Daniels.

Giuliani later issued a statement “intended to clarify the views [he] expressed over the past few days.” It did little, however, to change his original version of events.

During an NRA speech before a raucous and friendly crowd, Trump seized on comments made earlier in the day by U.S. District Judge T.S. Ellis in a federal courthouse in Virginia, to reinforce his own argument that special counsel Robert S. Mueller III and his team are exceeding their investigative mandate in a desire to implicate the president in wrongdoing.

Ellis seemed to side in a court hearing with Trump’s former campaign chairman, Paul Manafort, who is challenging his indictments for bank fraud and tax evasion. Manafort argues that they relate to his lobbying work long before he joined the Trump campaign and therefore are unrelated to Mueller’s mandate to investigate Russian efforts to manipulate the 2016 election.

In Dallas, Trump pulled from his suit pocket copies of what appeared to be media accounts of the judge’s criticisms, citing the Wall Street Journal and “fake news CNN.”

“On CNN, they have a headline: ‘Judge in Manafort case says Mueller’s aim is to hurt Trump,’” the president said. “You believe that?” he asked the vocally supportive audience, adding, “It’s called a witch hunt.”

“Let me tell you folks,” he continued, “we’re all fighting battles. But I love fighting these battles. It’s really a disgrace.”

Trump rambled freestyle through a number of topics at the NRA event, but didn’t comment on the Daniels payoff or his and Giuliani’s remarks and reversals about it this week, which have stunned even the president’s own senior aides and others on his legal team.

Giuliani’s accounts were surprising in their detail. He said on Wednesday that Trump had reimbursed Cohen, his longtime personal attorney, for the $130,000 payment to silence Daniels, in a series of monthly $35,000 installments that also covered other, unspecified legal services, for a total payment of as much as $460,000. Giuliani didn’t say how Cohen spent the bulk of the money.

Giuliani’s comments, if true, opened both Trump and Cohen up to possible legal liabilities over violating federal laws on reporting campaign-related finances and, in Trump’s case, personal finances, including outstanding obligations to Cohen.

To counter suggestions of campaign finance law violations, Giuliani denied in interviews that the payments were an effort to protect Trump’s campaign. He asserted instead that they were intended to shield Trump’s marriage and personal reputation from what Trump has called a false allegation.

Yet one of Giuliani’s public comments about the alleged tryst with Daniels, and the hush money, undercut that argument. “Imagine if that came out on Oct. 15, 2016, in the middle of the, you know, last debate with Hillary Clinton,” Giuliani said on “Fox & Friends” on Thursday morning.

Giuliani had said the president “didn’t know the details” of the payments to Daniels until the last two weeks — a timeline that could account for Trump’s previous denial and failure to report the expenditures.

Giuliani, in an interview late Thursday on NBC, said, “I don’t think the president realized he paid [Cohen] back for that specific thing until [his legal team] made him aware of the paperwork,” Giuliani said.

Trump has been increasingly outspoken and angry about the investigation into Russian interference in the 2016 campaign, possible Trump campaign complicity and whether Trump has attempted to obstruct the inquiry.

The president said on Friday that he “would love to speak” with Mueller but cast doubt that he actually would, citing his lawyers’ advice.

“I have to find out we’re going to be treated fairly,” he said. “Right now, it’s a pure witch hunt.”

The president also used his encounters with reporters to counter repeated stories of a soured relationship between him and his White House chief of staff, John F. Kelly, who reportedly has called Trump an “idiot.”

Trump escorted Kelly over to reporters about to board Air Force One and said, “Gen. Kelly is doing a fantastic job. There has been such false reporting about our relationship. We have a great relationship.”

He invited Kelly to reply and the former Marine general said, “It’s an absolute privilege” to work for Trump, whose record to date is “nothing less than brilliant.”