Workers can celebrate in 2019 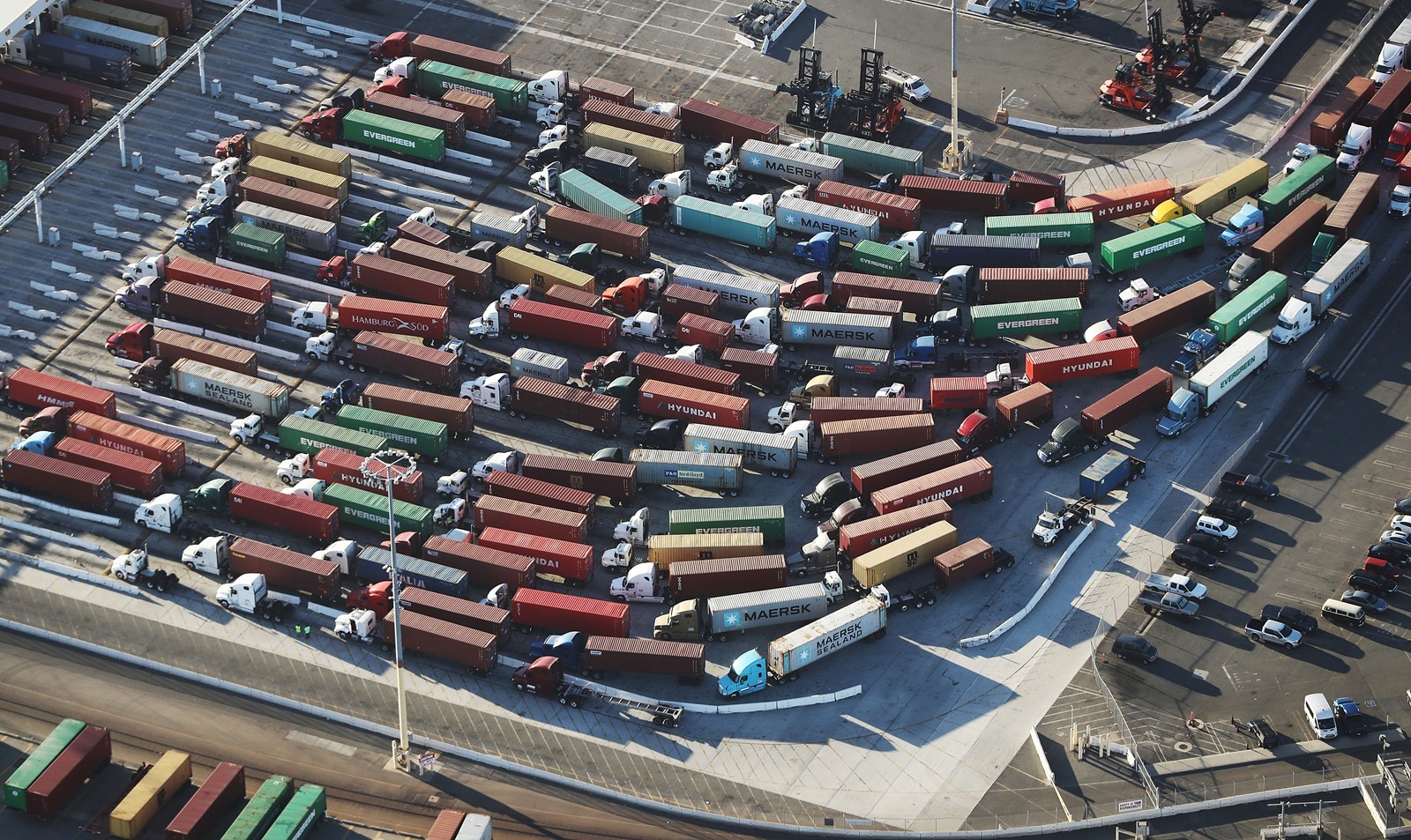 A NEW law orders the state to compile a list of trucking firms that fail to comply with orders on unpaid wages. Above, the Port of L.A. (Mario Tama Getty Images) 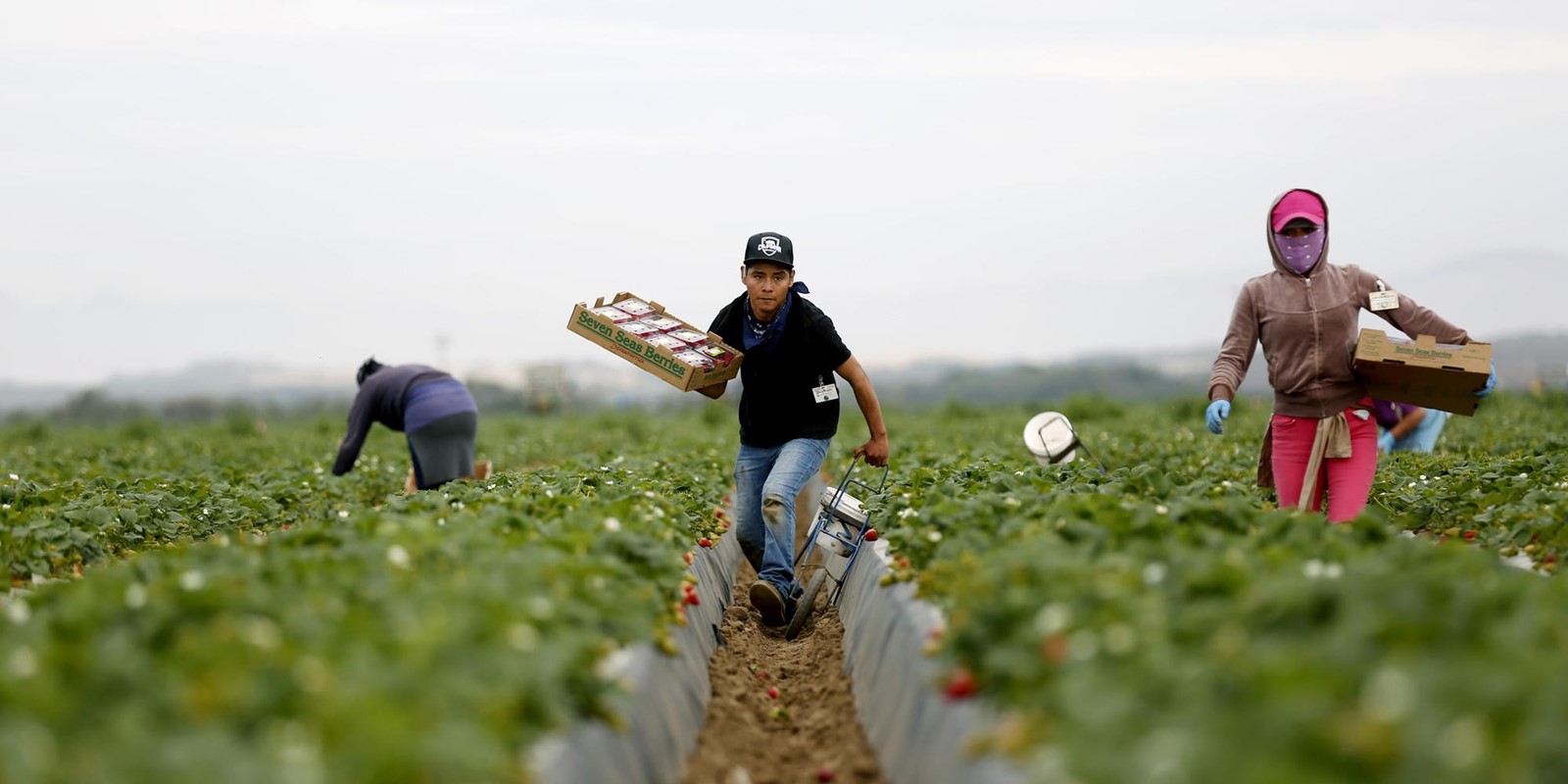 BEGINNING this year, workers will be paid time and a half after 9.5 hours a day or 55 hours a week at farms, ranches and dairies with 26 or more employees. (Gary Coronado Los Angeles Times)
PREVIOUS IMAGE

A score of new state laws took effect on Jan. 1, expanding the rights of many employees while placing fresh restrictions on businesses.

For workers, “2018 was a stellar year” for protections passed into law, said Steve Smith, a spokesman for the California Labor Federation, the umbrella group for more than 1,200 unions and a powerful force in state politics. “California continues to be on the leading edge of delivering economic justice to working people.”

“We have some major new laws to contend with that will impact the costs for California businesses,” said Rob Lapsley, president of the California Business Roundtable, which represents senior executives at the state’s largest companies.

The new statutes will spur litigation, he predicted. “We are in a climate where employers are getting sued on so many fronts. That is one of the biggest concerns and I don’t think it is going to change.”

The California Chamber of Commerce nonetheless boasted of fending off all 29 bills on its annual “Job Killers” list — legislation it claimed would “decimate economic and job growth.” Its biggest win: Gov. Jerry Brown’s September veto of Assembly Bill 3080, a measure to curb businesses’ ability to force workers into private arbitration, preventing them from filing lawsuits over sexual harassment, wage theft, discrimination and other complaints.

“We know many of these job-killing proposals will return next session,” said chamber President and CEO Allan Zaremberg. “But legislators need to understand that California employers have reached their limit with respect to new laws and regulations that increase costs through threat of litigation.”

A score of California jurisdictions have raised local minimum wages higher than the state level, including the city and county of Los Angeles, Santa Monica, Pasadena and Malibu, where the rates reached $12 an hour for smaller employers and $13.25 for larger employers as of July.

Although many large California employers, including Disneyland Resort and Amazon, are boosting pay to at least $15 an hour in the face of a tight labor market, this year’s statutory jump is likely to affect hundreds of thousands across the economy.

Some 2.3 million Californians earned less than $12 an hour in 2017, the latest numbers available from the U.S. Bureau of Labor Statistics.

California is tied with Louisiana and Florida for having the highest poverty rate of the 50 states, with nearly a fifth of families unable to meet basic needs given the high cost of living.

Businesses have shielded repeat offenders in harassment and assault incidents by insisting that accusers sign nondisclosure agreements before collecting settlements. Activists in the #MeToo movement blame the practice for enabling accused abusers such as Hollywood producer Harvey Weinstein.

A new law, Senate Bill 820, forbids companies from requiring secrecy, although a victim can still choose to keep his or her identity private.

“Transparency is important because we see examples of serial harassers and their employers settling one claim after another,” said UC Berkeley law professor Catherine Fisk. But she added that the bill “might result in smaller settlements or make it harder to settle cases because companies pay for confidentiality to avoid reputational costs.”

Equally significant, Fisk suggested, is a new law, Senate Bill 1300, reversing what’s been called the “one free grope” standard. A federal appellate court in 2000 had interpreted California law as requiring sexual harassment to be “severe or pervasive,” deeming a single incident not to be illegal.

It also forbids employers to require workers, as a condition of employment or in exchange for a raise, to sign “nondisparagement agreements.”

Those agreements, often slipped into hiring documents, forbid workers from publicly disclosing or filing a claim over labor violations such as sexual harassment or discrimination.

The law is in part a response to reports by female entrepreneurs in Silicon Valley detailing lewd remarks and unwanted sexual advances by male venture capitalists.

It is also aimed at Hollywood. “This bill expands the law to someone who is a ‘gatekeeper’ to a job, even if they are not the direct employer,” Sacramento labor lawyer Barry Broad said. “This is a big issue in the entertainment industry.”

Some 25,000 truck drivers haul goods from the ports of Los Angeles and Long Beach to nearby warehouses and rail yards for shipping to U.S. retailers and manufacturers. Since 2011, nearly 1,000 drivers have filed complaints against trucking companies for workplace violations. But some $40 million in judgments and fines assessed by courts and by the California labor commissioner in the last four years remain unpaid, according to labor groups.

A new law, Senate Bill 1402, orders the commissioner to compile a list of trucking firms that fail to comply with orders on unpaid wages, damages and worker compensation liability. When retailers or manufacturers hire a listed company to transport freight, they would be jointly liable for future violations.

The Harbor Trucking Assn., which represents about 100 companies, opposed the law, calling it overregulation and a ploy by the Teamsters union to organize drivers. But its impact was softened by giving shippers a 90-day window to cancel contracts with listed trucking firms before liability kicks in.

“This is a brand new approach to enforcement,” said labor lawyer Broad. “If I’m Target or Walmart and I hire Joe’s trucking company, which refuses to change its behavior, then I’ll be liable. Trucking companies will see business drop if they don’t clean up their act.”

A groundbreaking corporate governance law, Senate Bill 826, requires publicly traded companies headquartered in California to have at least one woman on their boards of directors by the end of 2019.

Noncompliant companies could be fined as much as $100,000.

Several European countries have similar laws, but California is the first U.S. state to mandate gender diversity. The new law was opposed by 30 business groups including the California Chamber, which called it unconstitutional gender-based discrimination.

“This makes us different from other states,” said the Business Roundtable’s Lapsley. “If companies have trouble complying, they may get sued. They may move to other states.”

Many of those affected are smaller firms, but several big companies such as Skechers USA, the Manhattan Beach shoe retailer, and Stamps.com, the El Segundo postage and software provider, have all-male boards.

Companies often name directors “from a small list of people whom the board already knows and trusts and that small list often does not include women,” said Betsy Berkheimer-Credaire, CEO of the advocacy group 2020 Women on Boards.

Of the 445 California companies traded on the Russell 3000 index, 105 have no female directors, she added, yet “research shows that public companies perform better, are more profitable and productive when women serve on their boards.”

Picking crops may be one of the most arduous of tasks, but until now, farmworkers could earn overtime pay only if they worked more than 10 hours a day or 60 hours a week — compared with the standard of eight hours a day and 40 hours a week for other workers.

Senate Bill 1066, passed in 2016, gives agricultural employees time-and-a-half pay beginning this year after 9.5 hours a day or 55 hours a week at farms, ranches and dairies with 26 or more employees.

By 2025, all agricultural operations would have to pay overtime after eight hours a day and 40 hours a week.

In the wake of a relaxation of federal rules on reporting workplace injuries initiated by the Trump administration, Assembly Bill 2334 tightens state reporting laws. Cal/OSHA, the state’s division of occupational health and safety, will now have five years, rather than just six months, to issue citations to employers who fail to accurately record injuries or deaths.

“This ensures that employers will not be able to sweep things under the rug,” said the Labor Federation’s Smith. “For instance, the hazards associated with smoke inhalation at a wildfire site might not have been known before because of the six-month timeline.”

Pediatricians recommend that babies be fed breast milk until the age of 6 months, but working mothers in California were often given no space outside of a bathroom to pump milk. A new law, Assembly Bill 1976, requires employers to set aside a private lactation space apart from a bathroom.