A GOP proposal would limit the policy of separating children and parents at border. 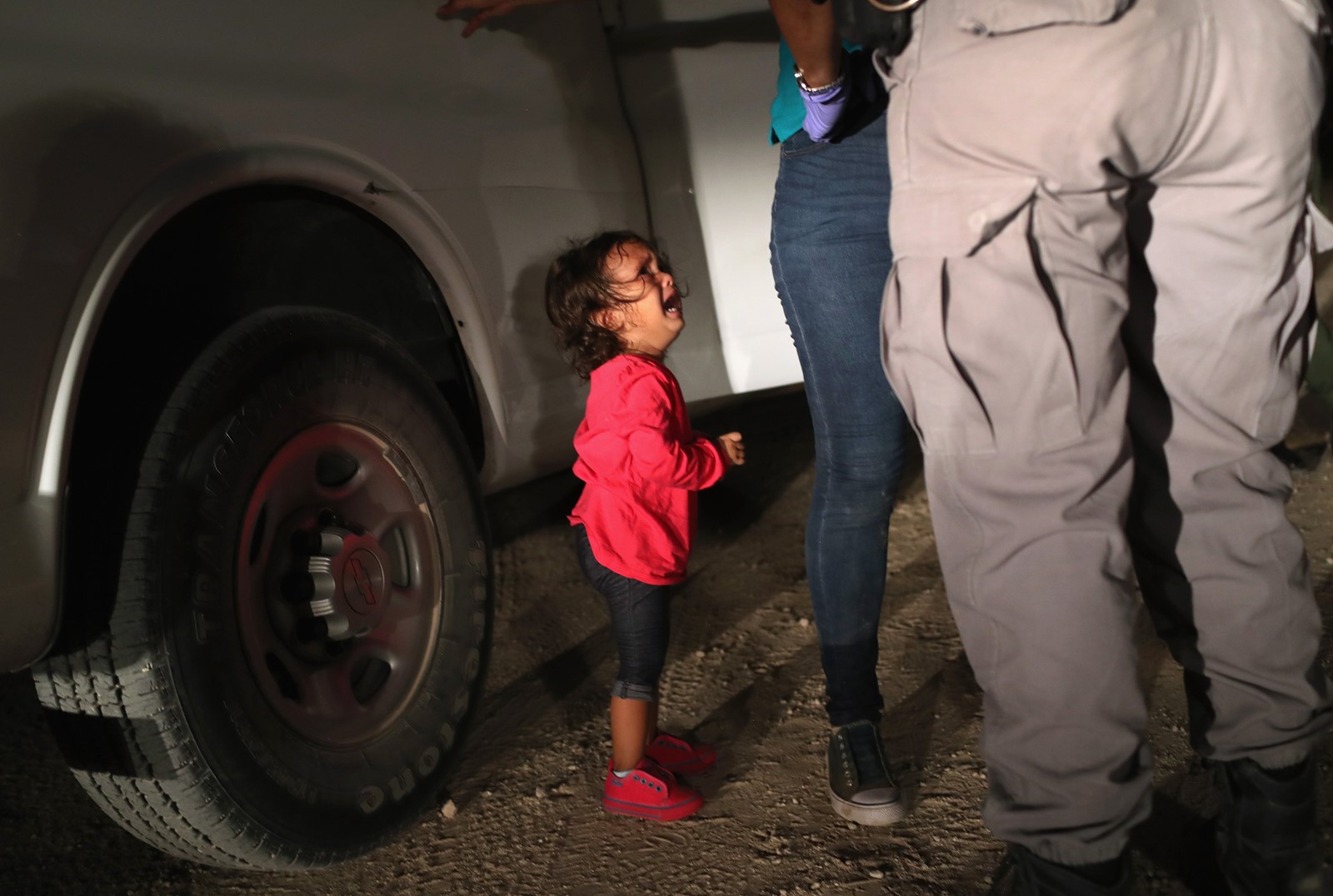 A 2-YEAR-OLD girl cries as her mother is detained this week near the Mexican border in McAllen, Texas. The Honduran family, like many, is seeking asylum. (John Moore Getty Images)
PREVIOUS IMAGE

House Republicans could move to strictly limit the Trump administration’s policy of separating children from their parents at the border under immigration legislation expected to be considered next week.

Democrats, however, object to other parts of the legislative package and say the administration could end the policy of separating children from their parents at any time without additional legislation.

House Speaker Paul D. Ryan (R-Wis.) said Thursday that he disagreed with the new policy of splitting up immigrant families. He agreed with administration officials, however, that fixing the problem required legislation.

The administration’s new “zero tolerance” policy, which requires prosecution of people arriving illegally at the border, has driven up the number of immigrant children in government shelters in the nearly two months since it began. That has led to a public outcry as stories of children being ripped from their parents’ arms fill headlines.

“We don’t want kids to be separated from their parents,” Ryan said. “We believe because of the court ruling, this will require legislative change,” he added, referring to a 1997 court case that limited how long the government can hold children in detention centers.

Democrats and other opponents of the administration’s policy say that case is not the root of the problem, noting that separating families was the exception, not the rule, for most of the two decades since the case was resolved with an agreement called the Flores settlement. The settlement does not require the government to separate families who arrive together, and previous administrations have not interpreted it that way.

Previously, border agents tried to keep families together by sending all members to the same family detention facility. Now, under the new policy announced by Atty. Gen. Jeff Sessions in early May, in most cases parents are prosecuted, while children are sent to a separate refugee facility.

“This is barbaric. This is not who America is, and this is the policy of the Trump administration,” she said, referring to the family separations. “The casual attitude that they’re having about this … they could weigh in with the administration and stop it on a dime.”

Ryan brokered an agreement among House Republicans to vote next week on two immigration bills — a hard-line conservative measure and an alternative that the speaker and other GOP leaders have been negotiating with the party’s many factions in the House. Even supporters of the more conservative bill say it is not likely to pass the House. It’s unclear whether the leadership’s alternative can pass, either.

Democrats have been left out of the negotiations, and the bill, a draft of which was released Thursday, contains some provisions they consider unacceptable. Other parts of the measure would enact policies that conservative Republicans have balked at.

“The concrete has been poured,” Rep. Mark Meadows (R-N.C.), the leader of the conservative House Freedom Caucus, said Wednesday. “You can still make handprints in it, you can still write your name in it. It is far from set.”

It would include a legal fix for the so-called Dreamers, young people who came to this country illegally as children. Their status has been in limbo since Trump ordered an end to the Deferred Action for Childhood Arrivals program, the Obama-era effort to shield Dreamers against deportation.

Rep. Jeff Denham (R-Turlock) said the bill would cover all of the estimated 1.8 million Dreamers, not just the smaller subset who received coverage under DACA.

The current version of the bill would provide Dreamers with visas that would allow them, after six years, to apply for citizenship.

But two conservative provisions are likely to prevent nearly all Democrats, and perhaps some moderate Republicans, from supporting the bill.

One would withhold visas from Dreamers if Congress fails to appropriate money for the border wall. The other would offset the visas for Dreamers by cutting existing, legal immigration categories. It would end the current diversity lottery and eliminate family reunification visas for adult children.

Bills that would have made similar cuts in legal immigration failed earlier this year in the Senate, suggesting that even if the proposed package gets through the House, it would have a difficult path toward ultimate passage.

“Everything we’ve heard has been very negative. I don’t even know if they have the votes to pass the bill on their side,” Pelosi said. “But they’re certainly not going to use mothers nursing their babies as a draw.”

One other provision takes direct aim at California’s “sanctuary” law that limits the ability of sheriffs and prison officials to cooperate with immigration officials.

The bill would allow victims and their families to sue jurisdictions that don’t comply with federal requests to hold an illegal immigrant for deportation if the person is released and later commits rape, murder or sexual assault.

Senate Majority Leader Mitch McConnell (R-Ky.) has said the Senate would consider a House-passed bill that the president supports. But passage in the Senate would require some Democratic support to meet the 60-vote threshold to avoid a filibuster. The White House reiterated Thursday that if the House bill includes all of the president’s priorities, he’ll back it.

White House Press Secretary Sarah Huckabee Sanders repeated in Thursday’s briefing the president’s false claim that federal law requires the administration to separate immigrant children from their parents and said Trump would like a solution.

“The separation of illegal alien families is the product of the same legal loopholes that Democrats refuse to close, and these laws are the same that have been on the books for over a decade. The president is simply enforcing them,” Sanders said.