Italy to host Olympics in 2026 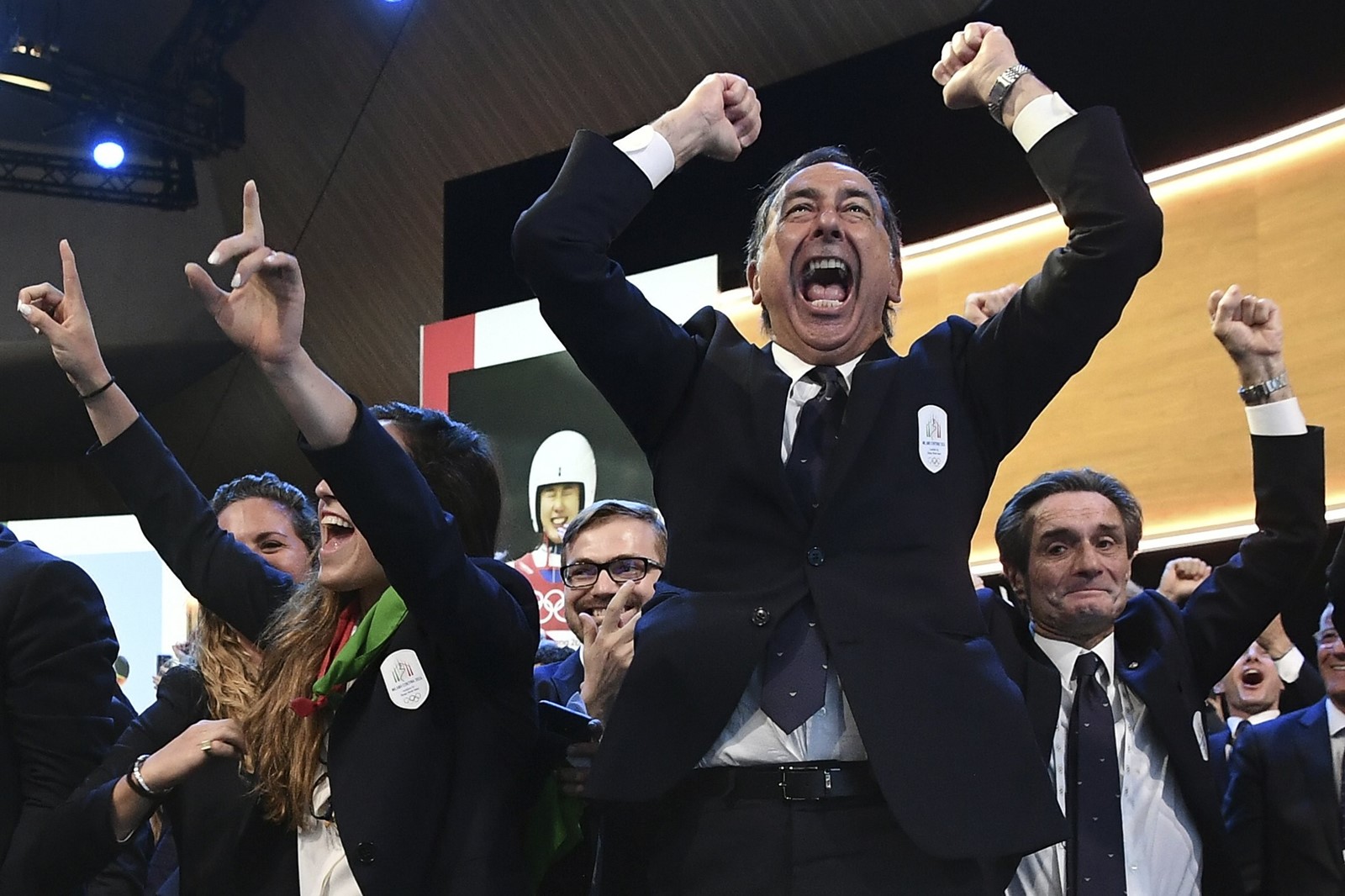 GIUSEPPE SALA, the mayor of Milan, and members of the Italian delegation celebrate in Switzerland after winning the bid to host the 2026 Winter Olympic Games. (Philippe Lopez Associated Press)
PREVIOUS IMAGE

For weeks, it seemed that Italy held the edge in bidding for the 2026 Winter Games. On Monday, Olympic leaders made it official.

The cities of Milan and Cortina d’Ampezzo beat out a bid by Sweden on a 47-34 vote as the International Olympic Committee made good on its desire to return to a traditional winter sports setting.

Italy recently hosted the Winter Olympics, with Turin serving as host in 2006.

Sweden had proposed Stockholm and Are in hopes of earning its first Winter Games, but government officials had not promised significant support. Municipal officials in Stockholm had stated they would not sign the IOC’s host city contract.

Italy will rely mainly on existing facilities but must build an athletes village.

The profit from the 1984 Olympics funded LA84, a foundation that has used those surplus funds to supply grants to more than 3,000 youth sports organizations, providing programming for almost 4 million children. Garcetti said a billion-dollar surplus from LA 2028 could provide a perpetual legacy for youth sports in the city.

, 86, once one of the most influential men in Olympic sport, was ordered to stand trial in France for his alleged role in a system of corruption, extortion and doping cover-ups during his near-16-year reign as head of the IAAF.

The power of the California Horse Racing Board grew when the Legislature unanimously approved a bill that would grant the regulatory body the authority to suspend or move racing days without a 10-day public notice period.

The bill, SB 469, has to be signed byGov. , who said he supports it in the wake of 30 horse deaths at Santa Anita this season, which ended Sunday.

If a California bill that would allow college athletes to profit from the use of their images and likenesses becomes law, the state’s schools could be prohibited from competing in NCAA championships, President wrote in a letter to the chairs of two state Assembly committees. USA Today reported the letter asks the committees to postpone consideration of the bill, which passed the state Senate last month, until the NCAA reviews its rules. The bill would take effect in 2023.

UCLA softball player was named Collegiate Woman Athlete of the Year and presented with the Honda Cup in a ceremony at USC’s Galen Center. ... Connecticut took another step toward rejoining the Big East, as the conference’s presidents voted to extend an invitation to the school during a conference call, according to reports. ... Former Missouri football coach says he is being treated for cancer again.

The Rams will open training camp at UC Irvine on July 27, and seven practices will be open to the public, the team announced.

Admission to practices is free, but tickets are required. Fans can register for tickets at therams.com/trainingcamp. Ticket registration also will be available at UC Irvine. Prepaid parking is available at www.parking.uci.edu/rams.

The Rams will practice against the Chargers on Aug. 3 and against the Raiders in Napa before their Aug. 10 exhibition opener at Oakland.

A federal judge approved a settlement calling for the Rams to pay up to $24 million to personal seat license holders in St. Louis.

The Atlanta Hawks traded to Portland for in a swap of swingmen. ... , the Sacramento Kings’ former chief revenue officer, was sentenced to seven years in prison for siphoning $13.4 million from the team. ... The NBA fined the New York Knicks $50,000 for violating media rules.

The Vegas Golden Knights signed forward to an eight-year deal with an average annual value of $5.9 million. ... Dallas acquired right wing from Philadelphia for center . ... Chicago acquired defenseman from Carolina.