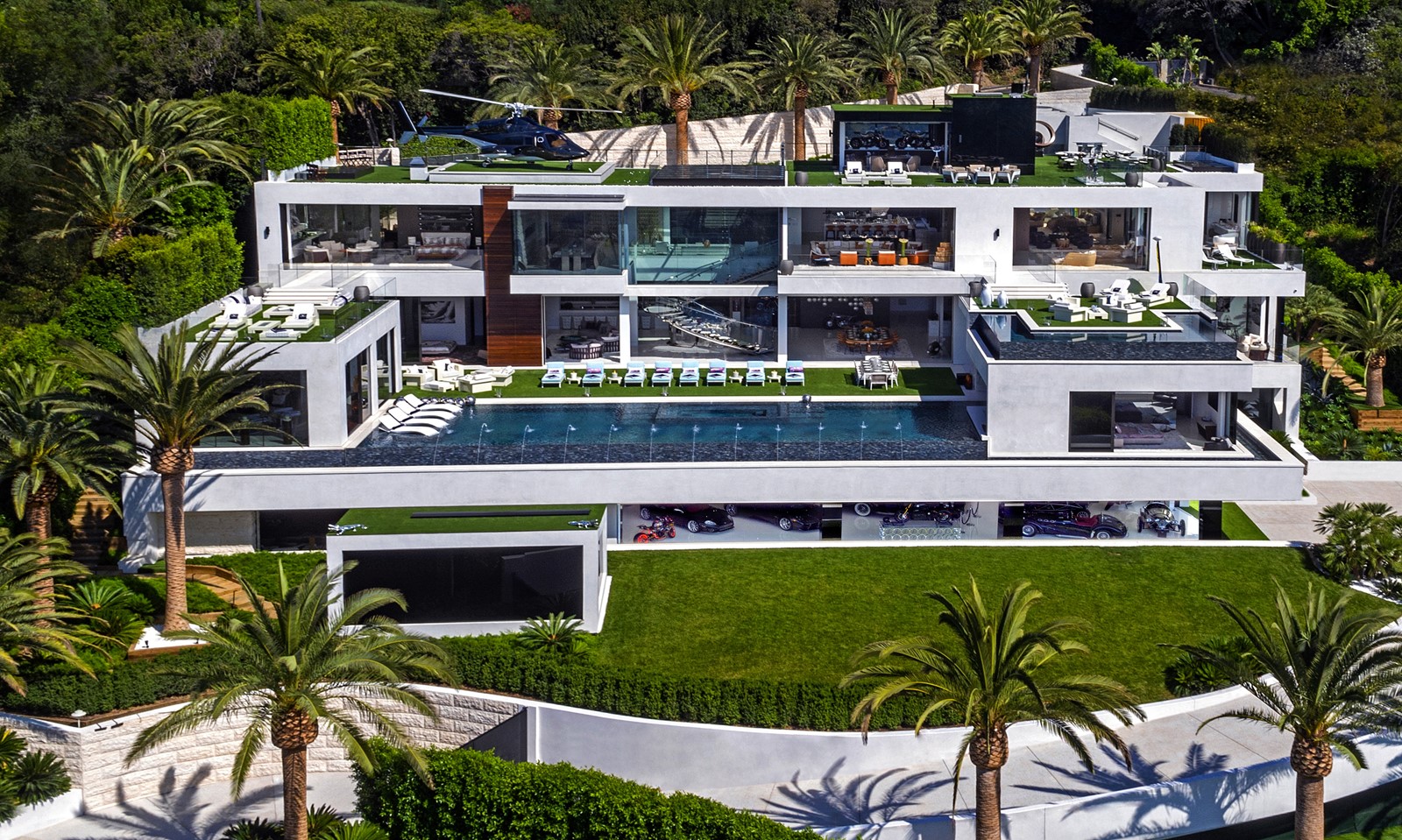 THE BEL-AIR MANSION, called Billionaire, has 12 bedrooms, 21 bathrooms, three kitchens, a 40-seat movie theater and an 85-foot infinity pool, among other features. It was originally listed at $250 million. (Photographs by Berlyn Photography) 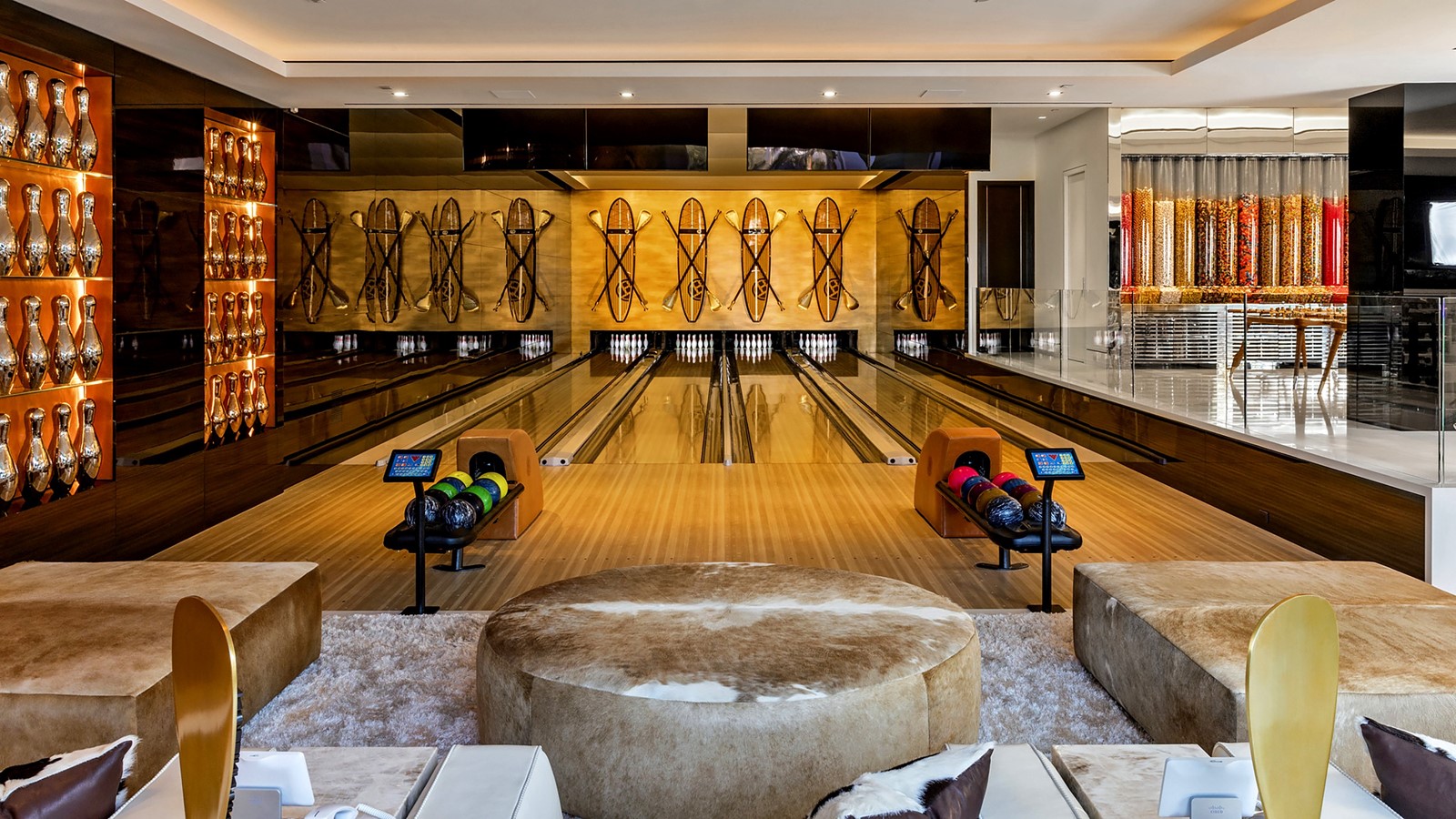 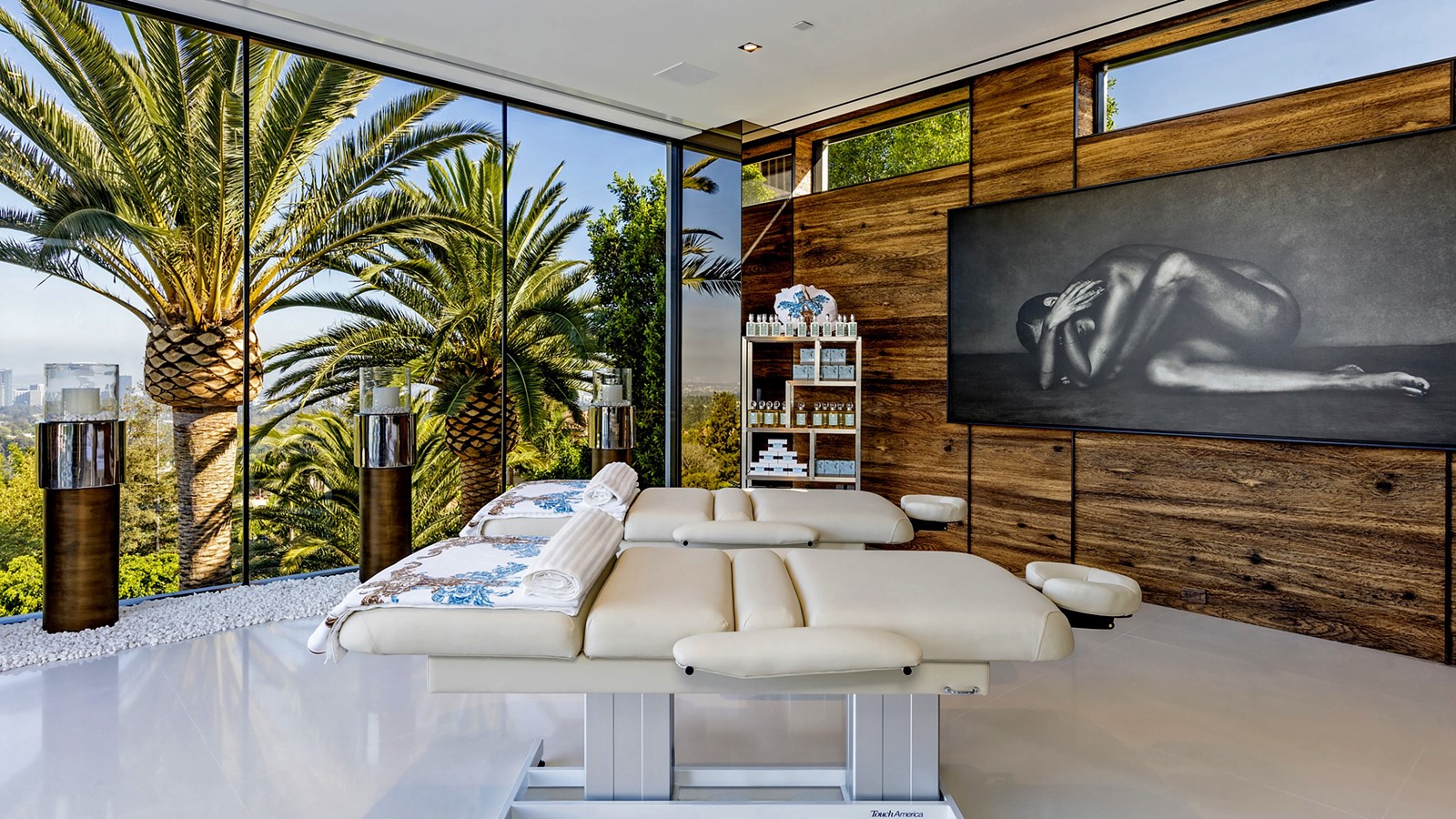 After two years, two price cuts and a controversial lawsuit against the nation’s largest real estate marketplace, developer Bruce Makowsky is walking away from Bel-Air a much richer man.

His grandiose mansion — a 38,000-square-foot monument to opulence with 12 bedrooms, 21 bathrooms and luxury goodies galore — on Thursday sold for $94 million to an unknown buyer.

It’s a gargantuan sum that ranks among the priciest sales in L.A. history, but it’s still a fraction of the price the handbag tycoon originally sought. Makowsky first brought it to market for $250 million, which at the time made it the most expensive home listing in the country.

Then, he chopped the price to $188 million in 2018 before trimming it to $150 million this year. He told The Times he was just trying to be realistic.

Called Billionaire, the four-story mega-mansion is more of a lavish playground than a home.

In addition to three kitchens and five bars, it holds a Louis Vuitton bowling alley, 40-seat movie theater, massage studio, fitness center and candy room with dozens of sweet-filled cylinders. Two wine cellars are stocked with hundreds of bottles of Champagne and other fine wine.

Outside, more than 17,000 square feet of entertainment decks overlook Los Angeles. The back patio is anchored by an 85-foot infinity pool with a swim-up bar.

The value of the throw-ins alone would dwarf most of the high-end home sales this year.

An auto gallery stores a $30-million fleet of exotic cars and motorcycles, including a Bugatti, vintage Allard and custom Rolls-Royce. A helicopter used in the mid-1980s TV action series “Airwolf” (not operational, much to the neighbors’ relief) sits up top. For good measure, there’s also a Hobie Cat sailboat.

Although the market has officially dictated the property’s worth, a lawsuit regarding its perceived value is still up in the air.

This year, an unknown Zillow user with a Chinese IP address and fake phone number sidestepped the real estate website’s security measures and tinkered with the sale prices displayed on the listing. In February, Zillow’s website falsely showed that the property sold for $110 million, then $90.54 million, then $94.3 million.

Makowsky started getting calls from colleagues congratulating him on the sale, and soon after, he sued Zillow, seeking $60 million in damages and citing permanent harm to the property’s perception, because it was still listed at $150 million.

The lawsuit is under submission with a judge and the parties are awaiting a ruling, according to Makowsky’s attorney Ronald Richards.

Makowsky’s palatial estate was built on speculation, which means he constructed the entire thing to his own vision without a buyer lined up. Many other high-end spec homes in the area have been languishing on the market for years, as recent buyers have shown a preference for pedigreed estates or oceanfront compounds over many of the modern glitz-and-glamour offerings in Bel-Air and Beverly Hills.

The last three homes to set the price record in L.A. County were the iconic Playboy Mansion (which sold for $100 million in 2016), the Carbon Beach compound of hotelier Peter Morton ($110 million in 2018) and the Manor, which was built by Aaron and Candy Spelling.

In Beverly Hills, spec developer Nile Niami’s golden-gated modern mansion, dubbed Opus, has yet to sell after two years on the market. It’s up for grabs at $80 million, down 20% from its original asking price. Elsewhere in Bel-Air, an unfinished Spanish villa failed to find a buyer after hitting the market in November for a cool $100 million.

The Billionaire is the second-highest known spec sale in L.A. County history, trailing only the Holmby Hills home of Detroit Pistons owner Tom Gores. Three years ago, he picked up the sprawling 30,000-square-foot spot in a deal valued at $100 million.

The latest mammoth transaction is a much-needed boost to L.A.’s luxury market, which data show has slowed down since last year. As of August, there were 339 sales of $5 million or more in the L.A. area this year, compared with 402 sales at the same time last year, according to the Multiple Listing Service.

Although many speculate about an increase of foreign buyers in the luxury real estate scene, the data show otherwise. Of the 24 home sales of $20 million or more this year, 15 of the buyers were American. The only other countries with more than one buyer were Saudi Arabia and China, which each had two.

Branden and Rayni Williams of Hilton & Hyland held the listing for the Bel-Air mega-mansion. Ben Bacal of Revel Real Estate represented the buyer.