The mystery of ‘sonic’ attacks in Cuba deepens 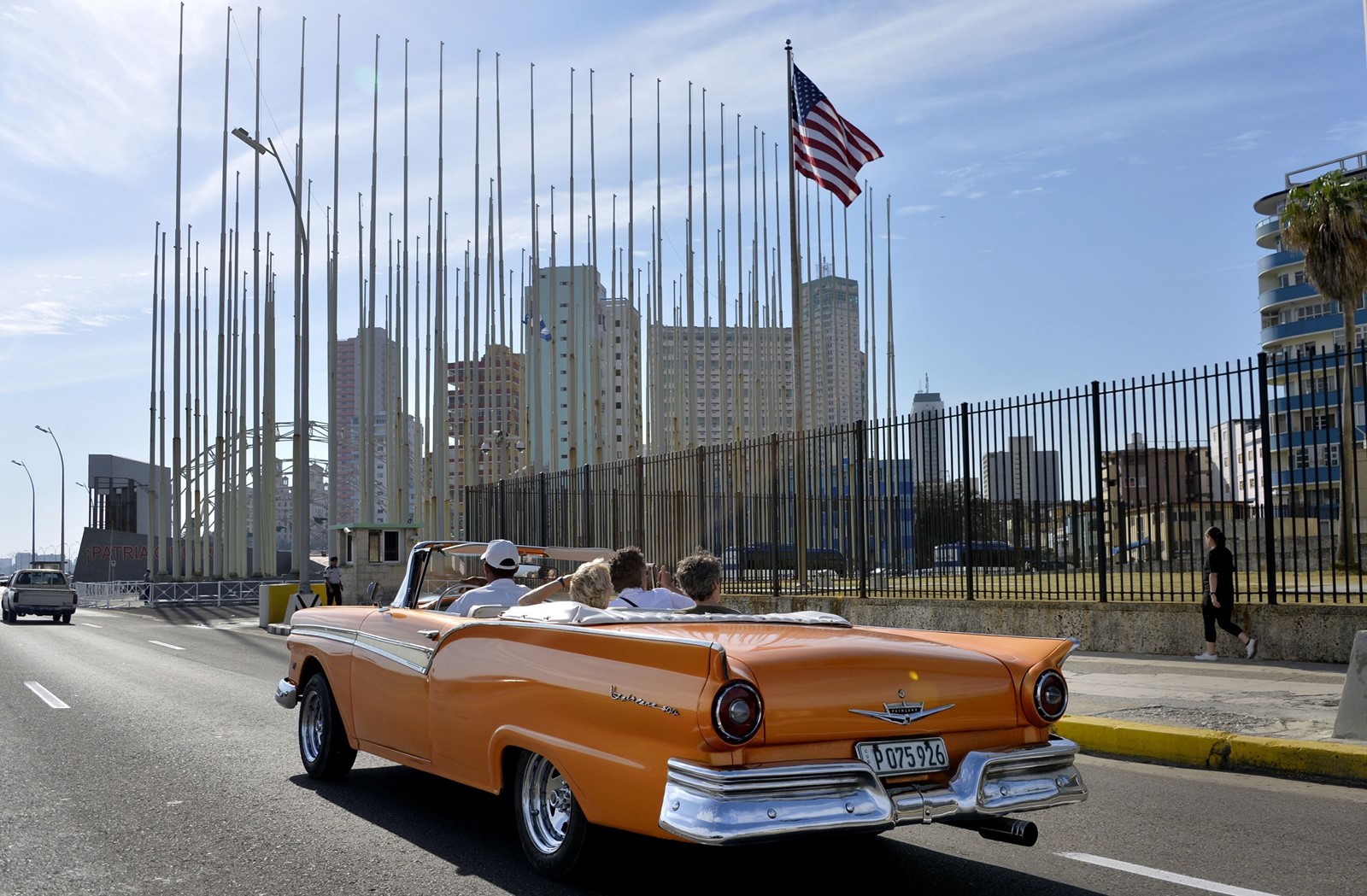 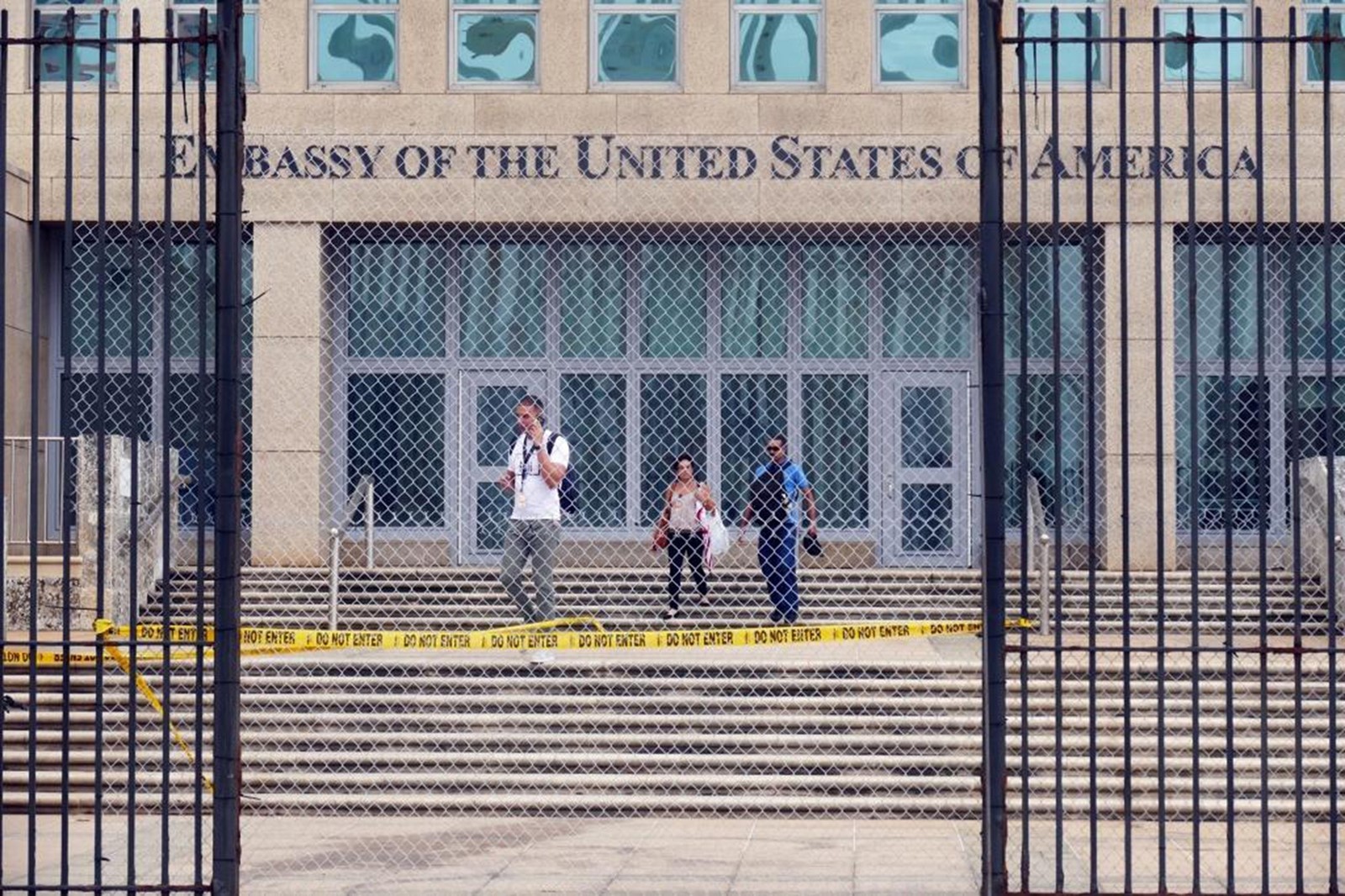 THE U.S. government initially blamed “sonic” or “acoustic” attacks for the symptoms, first reported in late 2016, but has since backed off those labels. (Emily Michot Miami Herald)
PREVIOUS IMAGE

The mystery surrounding strange symptoms of illness experienced by at least two dozen U.S. diplomats stationed in Havana has still not been resolved.

More than a year after the symptoms were first reported and the U.S. government blamed them on “attacks” against the diplomats, a new report by American medical experts can find no explanation for the cause.

The study by a team from the University of Pennsylvania, published last week in the Journal of the American Medical Assn., concluded that the diplomatic personnel suffered brain injuries without evidence of head trauma.

The Americans reported a range of symptoms including hearing loss, headaches, dizziness, nausea and loss of concentration. Initially, the U.S. government blamed the symptoms on “sonic” or “acoustic” attacks but has since backed off those labels.

Yet the Penn group could not determine a cause, saying that any “sensory phenomena” was of “unclear origin.”

“These individuals appeared to have sustained injury to widespread brain networks without an associated history of head trauma,” the study said.

“Nonetheless,” the JAMA added in an attached report, “the similarities among the 21 cases merit consideration of a common medical, environmental or psychological event as the potential cause.”

The State Department has said a total of 24 people reported symptoms after hearing strange, high-pitched sounds, or a kind of pressure on their ears, at their diplomatic homes in Havana or in hotels. The study’s authors said they looked at only 21 cases of people who submitted to “multidisciplinary evaluation.”

The symptoms were first reported in late 2016 but not disclosed by the State Department until August. In response, Washington expelled 17 Cuban diplomats from Washington and ordered most of its own diplomatic personnel in Havana back to U.S. soil and restricted travel there to emergency personnel.

The two governments at first said they were cooperating in the investigation but soon fell into mutual recrimination. The government of President Raul Castro condemned the purported attacks and denied any involvement but later called into question the veracity of the incidents.

The Trump administration, after first welcoming Havana’s cooperation, later blamed Castro’s government for failing in its duty to keep foreign diplomats safe on the island as per international treaty.

The chill in diplomatic relations followed a major opening between Washington and Havana under President Obama, which ended half a century of Cold War hostilities. The U.S. reopened its embassy in Havana, and Cuba did the same in Washington, in 2015.

Trump had pledged to roll back that opening but so far has taken only limited steps to restrict some travel to and trade with Cuba by U.S. citizens.

And despite the tension over the embassy illnesses, the two governments have been meeting regularly on law enforcement, money-laundering, immigration and similar technical issues, according to officials from both sides.

But the meetings, which once alternated locations between Havana and Washington, are now held exclusively in Washington because of the illness fears.

The continued talks are aimed at promoting democracy and human rights in Cuba, the State Department says, in keeping with Trump’s stated focus for the communist-ruled island.

Cuban officials argue that the embassy restrictions hurt ordinary Cubans, whom the administration claims to want to help. Cubans, for example, who seek visas to travel to the U.S. to visit relatives or participate in academic programs now must go to Colombia to apply, an expensive and time-consuming task.