A new normal — well, sort of

Gradual lifting of restrictions could mean a continuation of masks, telecommuting and social distancing at restaurants 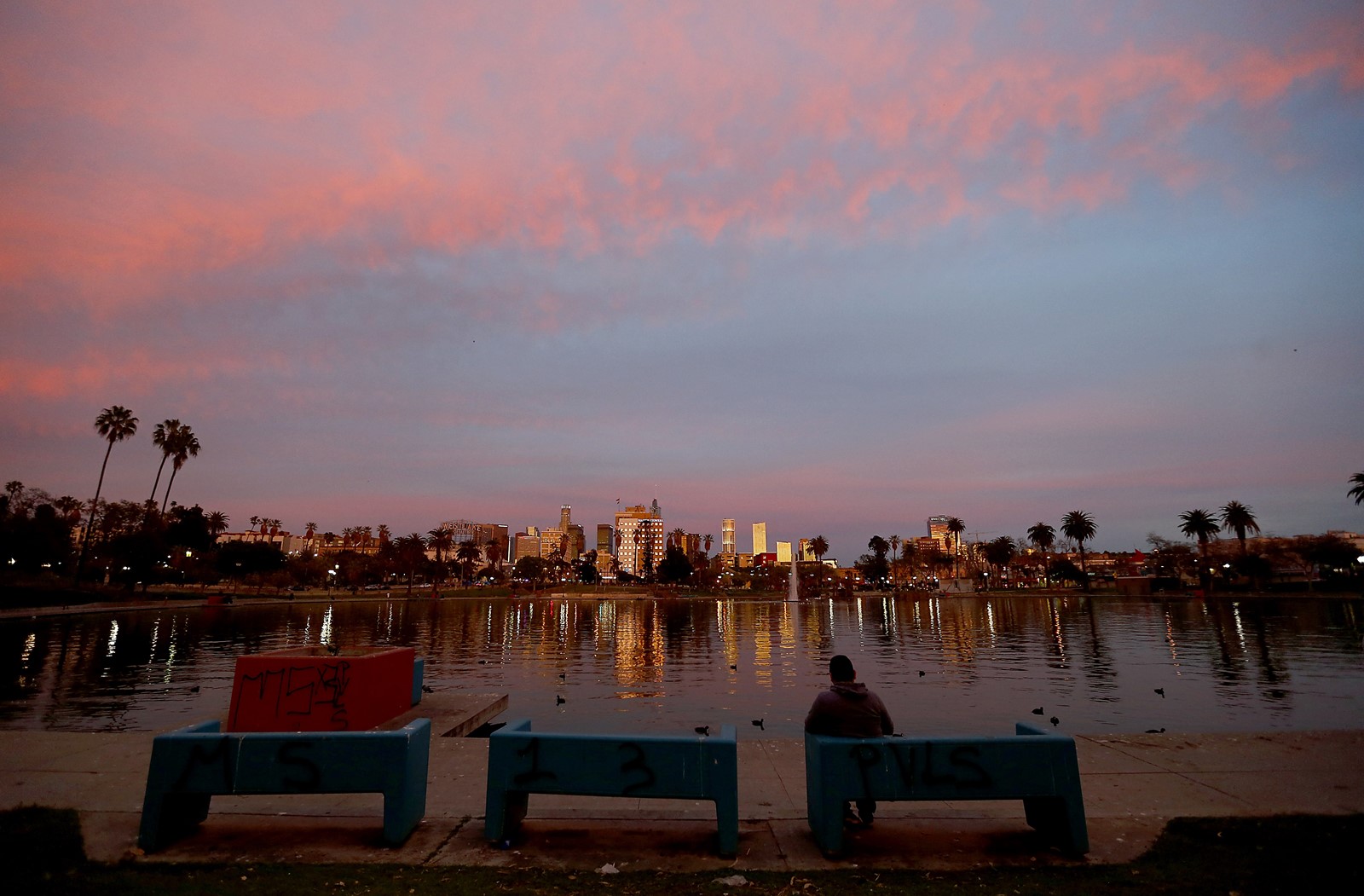 With growing signs of progress in the battle against the coronavirus, government officials and public health experts are beginning to talk more openly about the next phase: the gradual, highly targeted lifting of some social distancing restrictions that have devastated the economy.

Life is still a long way from returning to pre-pandemic norms, but some scientists believe some parts of the economy could return in the coming months under the right circumstances.

“When we return to work, do we all go back on the same day, or do we stagger that?” Rutherford asked.

Gov. Gavin Newsom and his counterparts in Washington state and Oregon announced on Monday “a regional pact to recovery” from the coronavirus crisis and agreed to work together on a plan to reopen economies on the West Coast.

They said the timing of the plan was contingent on the region seeing a major drop in the number of infections. The most optimistic models see that occurring in early May, but others, including the state Department of Public Health, predict it happening sometime in summer.

“We need to see a decline in the rate of spread of the virus before large-scale reopening, and we will be working in coordination to identify the best metrics to guide this,” the governors said in a statement.

Absent a vaccine or widespread testing, experts both in California and nationally predict a gradual relaxation of the closures and distancing measures.

A vaccine is not expected for 12 to 18 months, at the earliest. But widespread testing could be up and running in the next couple of months — both for the virus and for antibodies to show whether a person has been infected and now has some immunity.

Perhaps factories stagger shifts to prevent too many workers mixing with one another. Maybe manufacturing and construction are opened up first, Rutherford said, and then nonessential retail stores, and some time after that, restaurants.

“If you’re going to open the bars, you’re going to have to take out every other stool — I mean, I don’t know what the governor is going to decide,” Rutherford said. “And then maybe everybody who can telecommute would just sit tight for a while.”

Big concerts, sporting events and festivals are probably even further off.

As restrictions are eased, officials will need to monitor whether coronavirus cases start to dramatically flare up again.

Dr. Anthony Fauci, director of the National Institute of Allergy and Infectious Diseases, has repeatedly said the public should be expecting a gradual peeling back of stay-at-home orders.

“When you say ‘get back to normal,’ you’re really talking about a really clear indication that those areas — like New York City, like New Orleans, like Detroit — that have big outbreaks with peaks, have not only stabilized in the number of new cases and hospitalizations, but have actually turned the corner and are starting to come down,” Fauci said in an interview with the Journal podcast that aired last week.

“And history with other countries tell us that once you turn that corner and come down, the decline is pretty steep,” Fauci said. “I don’t think that you need to get down to zero before you can start contemplating gradually relieving some of the restrictions. It isn’t like a light switch, on and off.”

One idea might be having a 50-seat restaurant seating a maximum of only 25 diners, he said. “Bottom line is, it’s going to be gradual. It’s not going to be all or none.”

And some changes might be permanent, Fauci said, adding: “I don’t think we ... should ever shake hands ever again, to be honest with you.”

Infectious disease experts say easing out of stay-at-home orders will require four developments: a dramatic reduction in virus transmission; lots of testing capacity; plenty of hospital space; and robust local resources to aggressively investigate new infections to isolate the infected and quarantine close contacts who might get sick.

“Otherwise, what’s going to happen is we will end up in a situation which I would call a smoldering epidemic, in the sense that we will be having cases with us, kind of like seasonal influenza — it may wax and wane,” said Dr. Robert Kim-Farley, medical epidemiologist and infectious disease expert at the UCLA Fielding School of Public Health.

Kim-Farley says he could see stay-at-home orders persisting toward the end of May or mid-June, as testing for the virus and antibodies rises to full tilt. Then, by early summer, he could envision tailored approaches to return people to work, as long as cases have declined significantly.

San Francisco’s director of public health, Dr. Grant Colfax, has likened the coronavirus outbreak to a wildfire sweeping across the city. The goal is to reduce the number of new cases so much that new cases are seen more like smaller spot fires, which can be identified and contained before getting out of control.

Keeping disease levels low in the coming weeks and months will also give scientists and doctors more time to identify lifesaving drugs that need time to be identified.

“I think within the next few weeks, we’re going to have some good knowledge about what those look like based upon clinical, randomized controlled trials,” Kim-Farley said.

California has endured the COVID-19 pandemic with far fewer deaths than other hot spots like New York and New Jersey, which officials attribute at least in part to early rules that forced residents to stay home. California has recorded more than 24,000 confirmed cases and more than 730 deaths.

The number of new coronavirus cases reported daily across California shows signs of flattening. And even in hard-hit Los Angeles County, which saw an additional 26 deaths on Monday, reported only 283 new cases of the virus Monday, the lowest daily number since March 27.

Los Angeles County has recorded more than 9,400 COVID-19 cases and more than 320 deaths.

Newsom said he intends to provide details Tuesday on California’s strategy to lift the restrictions.

The governor discussed transitioning back to regular life days after Mark Ghaly, secretary of the California Health and Human Services Agency, said the stay-at-home order and social distancing have slowed the spread of the virus, resulting in fewer hospitalizations than estimates predicted.

Under a worst-case scenario and without any mitigation efforts, state models predicted a peak of nearly 700,000 hospitalizations from COVID-19, Ghaly said Friday.

But he said that adherence to the stay-at-home order, which Newsom announced nearly a month ago, now suggests “the difference between what we’re seeing today in our hospitals may not be that much different than where we are going to peak in the many weeks to come.”

The governors made the announcement hours after President Trump tweeted that he, and not governors, will decide when to open up states again.

Newsom, who has often commended the Trump administration’s efforts to work with California during the pandemic, said he expects to continue that collaboration and cooperation with the federal government.