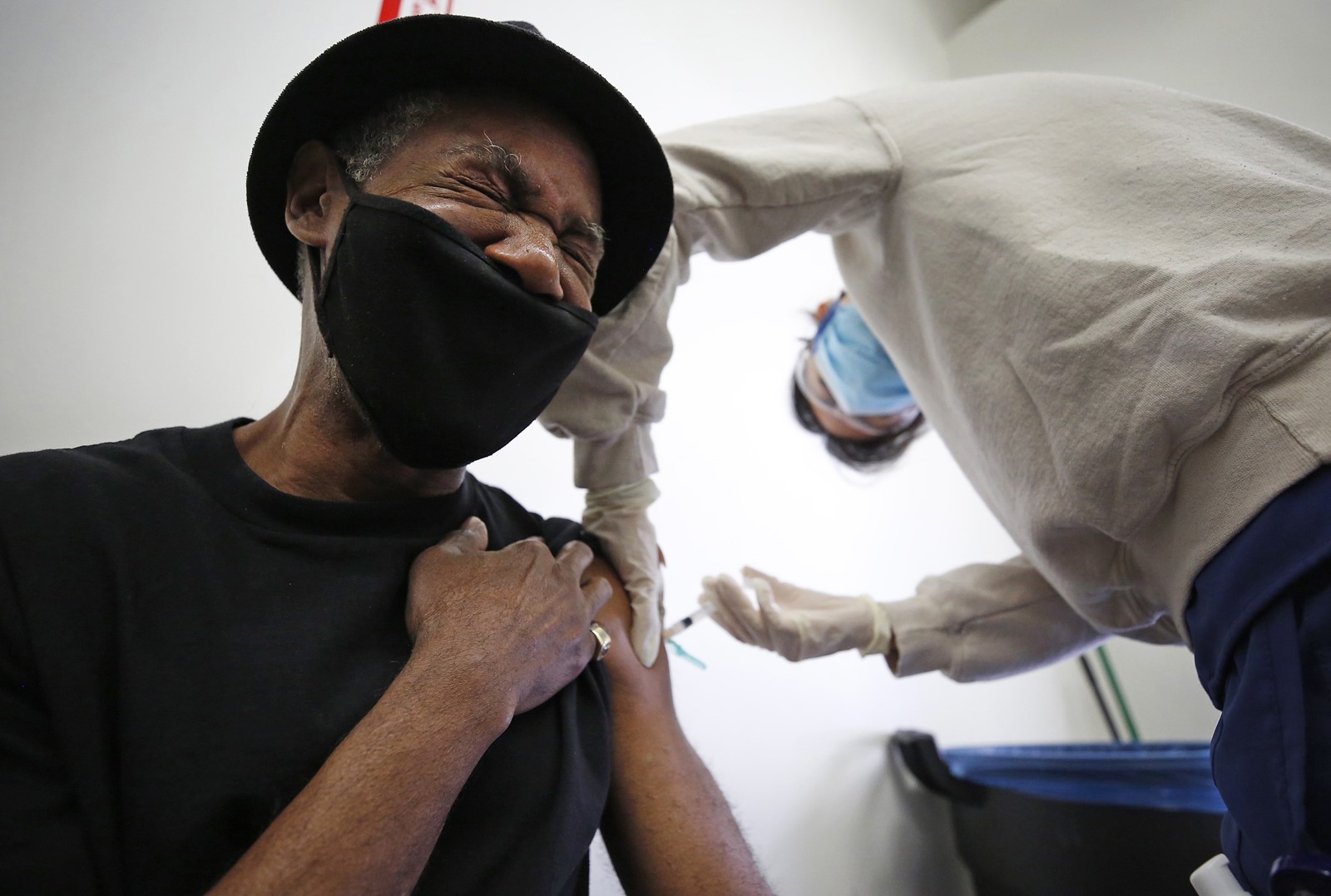 As President Biden races to bring the COVID-19 pandemic under control, his administration is pouring additional resources into California, which has become the epicenter of the crisis during a deadly winter wave of infections.

Pentagon officials announced Friday that it was sending active-duty troops to the state to help administer vaccines at two community sites — one at Cal State Los Angeles, the other at the Oakland Coliseum — that were unveiled earlier in the week. More than 200 troops are expected to arrive in the coming days, the first wave of 1,110 who are expected to help operate additional sites in other parts of the country.

Officials said their goal is to deliver 6,000 shots per day at each location. Biden has said he hopes to establish 100 vaccination centers.

The deployment puts California at the leading edge of a nationwide effort as Biden pledges to speed up the inoculation process and turn the page on the haphazard management of his predecessor, former President Trump.

Taming the pandemic in the country’s most populous state would not only advance Biden’s goal of alleviating the crisis, but also satisfy his commitment to respond more equitably to the virus. The pandemic’s victims in California are more likely to be low-income and Latino and living in overcrowded housing.

“It’s a great first step. We still have a lot to do,” said Rep. Jimmy Gomez (D-Los Angeles), whose district will host one of the new federally run vaccination centers. “But in my conversations with the White House, they know it’s absolutely necessary to focus on equity and how vaccines get out there and how we get vaccines into the arms.”

Gomez said it has been a “night and day” difference from the Trump administration, and he said White House officials have been receptive to California leaders who urged them to send more resources to hard-hit communities.

Biden is also spotlighting the economic fallout from COVID-19 in California as he pushes for a $1.9-trillion relief package on Capitol Hill.

The White House on Saturday is releasing the first installment of what it’s billing as Biden’s version of President Franklin D. Roosevelt’s “fireside chats.” The video will feature a conversation between Biden and an unemployed worker from Roseville, outside Sacramento, who lost her job at a clothing company because of the pandemic.

The Biden administration’s campaign against the coronavirus has proved to be a massive logistical challenge, which the president has called “one of the most difficult operational challenges that we’ve ever undertaken as a nation.”

In what the administration called a major step in combating the pandemic, officials announced Friday that they would harness wartime powers to help Pfizer meet its target for producing vaccines, which are being rolled out too slowly to meet the vast demand for shots.

“I would love to tell you we were sitting on stockpiles of vaccines that we found when we got here, but unfortunately that’s not the case,” said Andy Slavitt, a senior advisor to Biden’s task force on COVID-19. “What we’ve done is we have been distributing vaccines as quickly as possible.”

Invoking the Defense Production Act is intended to ensure that drugmaker Pfizer can obtain the filling pumps and filtration units needed to manufacture its vaccine and meet its production target.

Pfizer and Moderna, the latter a biotech firm, have won emergency-use authorization to produce vaccines by the Food and Drug Administration, and are each scheduled to deliver 100 million doses by the end of March. The Biden administration said it expects 600 million total doses will have been produced by summer’s end. Johnson & Johnson, the pharmaceutical giant, is soon expected to win similar authorization to begin distributing its vaccine.

Biden’s efforts to boost vaccine production represents his first use of the Defense Production Act, which helps the federal government procure materials critical to national security.

Felipe Osorno, executive administrator of continuum of care operations and value improvement at Keck Medicine of USC, said more vaccines are desperately needed. He said his organization could deliver 6,000 shots per week but is only administering 3,000 this week.

“What you’ll hear across the board is, we don’t have enough vaccines to go as quickly as we can,” he said.

Osorno said there also needs to be more outreach to ensure people have access to the shots and to overcome distrust of the healthcare system. “We need to get these populations in a way so they trust this vaccine is something that they choose to get,” he said.

White House Press Secretary Jen Psaki acknowledged Friday that it has been too difficult for Americans to navigate the vaccine process, which can involve a bewildering array of websites to secure an appointment that sometimes is canceled due to a lack of supplies.

“It’s completely confusing, has been around the country,” she said. Asked what the federal government was doing to improve the systems that are run by state and local officials, she said that “there are a range of options under consideration” but did not provide specifics.

Tim Manning, who is coordinating supply-chain issues for the administration, said the Defense Production Act was also being used to speed the production of at-home COVID-19 tests, an important screening tool to track infections and help people feel more confident about returning to work.

He said six companies would produce a total of 61 million tests by the end of the summer. “We’ll help industry partners construct new plants and build new production lines here in the United States,” he said.

More work was being done to boost the domestic production of surgical gloves, reducing the country’s reliance on overseas manufacturing.

Manning said he could not yet disclose which companies were involved because the contracts have not been finalized.