Doctors tell NRA why they are experts on gun violence

After being told to ‘stay in their lane,’ physicians’ determination grows 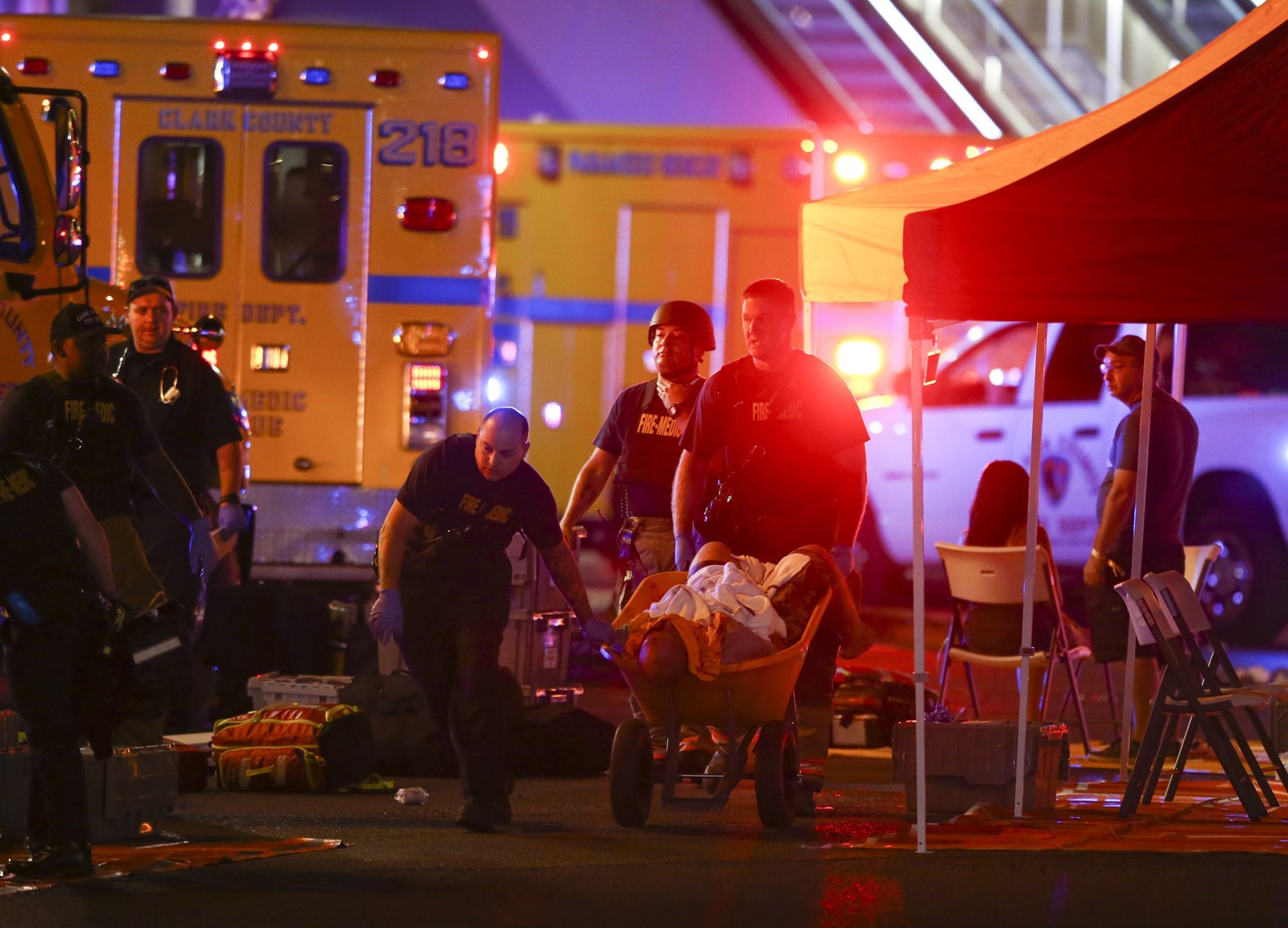 DOCTORS shared commentary and photos with the hashtag #ThisIsOurLane. Above, a wounded person is treated during the mass shooting in Las Vegas in 2017. (Chase Stevens Associated Press)
PREVIOUS IMAGE

It was the kind of imperious broadside that would strike fear into the hearts of most politicians.

In a contemptuous tweet, the National Rifle Assn. admonished a medical group for speaking out about gun injuries and dismissed any concern by saying that physicians should mind their own business.

“Someone should tell self-important anti-gun doctors to stay in their lane,” the NRA tweeted on Nov. 7. In drafting a policy statement that “reflects every anti-gunner’s public policy wish list,” the American College of Physicians “seems to have consulted NO ONE but themselves,” the NRA complained.

The response from doctors has been swift and sustained. And it has built on a growing consensus among medical professionals that firearm injuries and deaths — whether self-inflicted, accidental, in mass shootings or in the daily drumbeat of one-on-one gun violence — amount to a “public health crisis that requires the nation’s immediate attention.”

This week, in the New England Journal of Medicine, a group of doctors made clear that those who patch up the wounded, inform families of a loved one’s violent demise and rehabilitate bodies shattered by gunfire will not be backing off anytime soon.

“As a profession, we have become determined not just to develop solutions to this epidemic, but to make sure they’re implemented,” the doctors wrote.

Their message is echoed by tweets from physicians on the front lines of emergency and trauma medicine, who have shared commentary and photos of their blood-stained workplaces with the hashtag #ThisIsOurLane.

In the days following the NRA’s social media swipe, even U.S. Surgeon Gen. Jerome Adams, nominated to the office by President Trump, begged to differ with the powerful gun rights organization.

At the American Public Health Assn.’s annual meeting in November, Adams declared: “As a trauma anesthesiologist, if I want to talk to my patients about gun safety, it’s totally within my lane.”

Johns Hopkins Hospital trauma surgeon Elliott R. Haut said the NRA — and Americans generally — have only begun to hear from the physicians, nurses and first responders who care for gunshot victims.

For the NRA to dismiss the voices of professionals entrusted with the lives of the injured — and who are frequently experts on injury prevention as well — is not only profoundly misguided, “it’s offensive,” Haut said.

Dr. Judy Melinek, a forensic pathologist in San Francisco, seemed to sum up many doctors’ views in her Twitter response to the NRA (profanity edited):

“Do you have any idea how many bullets I pull out of corpses weekly?” she demanded. “This isn’t just my lane. It’s my ... highway.”

In its critique of the American College of Physicians’ policy statement, the NRA disparaged the research on which the group’s recommendations were based.

“The problem is that the ACP cites ‘studies’ that wouldn’t qualify as ‘evidence’ in any other debate,” the NRA’s Institute for Legislative Action wrote on its website. “One cited study was focused on a single rural county in Iowa. Another was of 106 outpatients at a single clinic. The authors acknowledge evidence is limited but cite their own belief there is ‘enough evidence’ or simply argue the policy should be enacted anyway.

For all its shortcomings, Haut argued that even research that’s been starved of funding has generated some early guidelines for action.

“We have research that shows all these associations between the number of guns out there and deaths from gunshot, between depression and gun suicide, between a lack of safe gun storage and accidents affecting kids,” he said. “Is it perfect? No. We’re advocating for high-quality research on what works to make a difference and what doesn’t.”

Dr. Megan Ranney, an emergency physician at Brown University and coauthor of the New England Journal of Medicine commentary, defended the quality of existing research. For any shortcomings in the current state of understanding about what works, she and her coauthors fault legislation passed by Congress in 1966 that has shut off most federal research funds on gun-injury prevention for decades.

But that is changing, Ranney said in an interview. States and private organizations have begun to fill the virtual void in federal research funds for firearms-injury research.

In May, the Laura and John Arnold Foundation announced it would commit $20 million — and help raise another $30 million — for a multiyear research effort on gun-related violence. The foundation’s commitment helped launch a national collaborative effort on gun violence research at the Santa Monica-based Rand Corp.

In April, Kaiser Permanente ponied up at least $2 million for the study of gun-injury prevention. And Ranney said that healthcare leaders from multiple specialties have so far raised $100,000 to create the American Foundation for Firearm Injury Reduction in Medicine, or AFFIRM.

“Ten years ago young physicians, including me, were told not to talk about guns,” Ranney said. Newly minted researchers were discouraged from undertaking gun-related projects for lack of funding, and because the field was perceived as a political hot potato. “It’s different now,” she said.

Andrew Morral, director of the Rand effort, said that in a comprehensive review of research in the field, the think tank found only 63 studies that met the standards of rigor that its researchers considered acceptable. But he cautioned that it would also be wrong to say that injury-prevention measures based on existing research aren’t working.

“Sometimes people hear there’s a lack of evidence for gun policies and they interpret it to mean that the policies themselves are ineffective,” Morral said. “That’s a logical mistake.”

As new investments in research begin to bear fruit, physicians will gain better ammunition in the debate over how best to reduce the toll of firearms on Americans’ lives. That’s not political, Ranney and her coauthors wrote.

“We are not anti-gun,” the doctors wrote. “Our focus is on stopping shootings before they happen and on saving human lives.”