Some in GOP wary of abortion bans 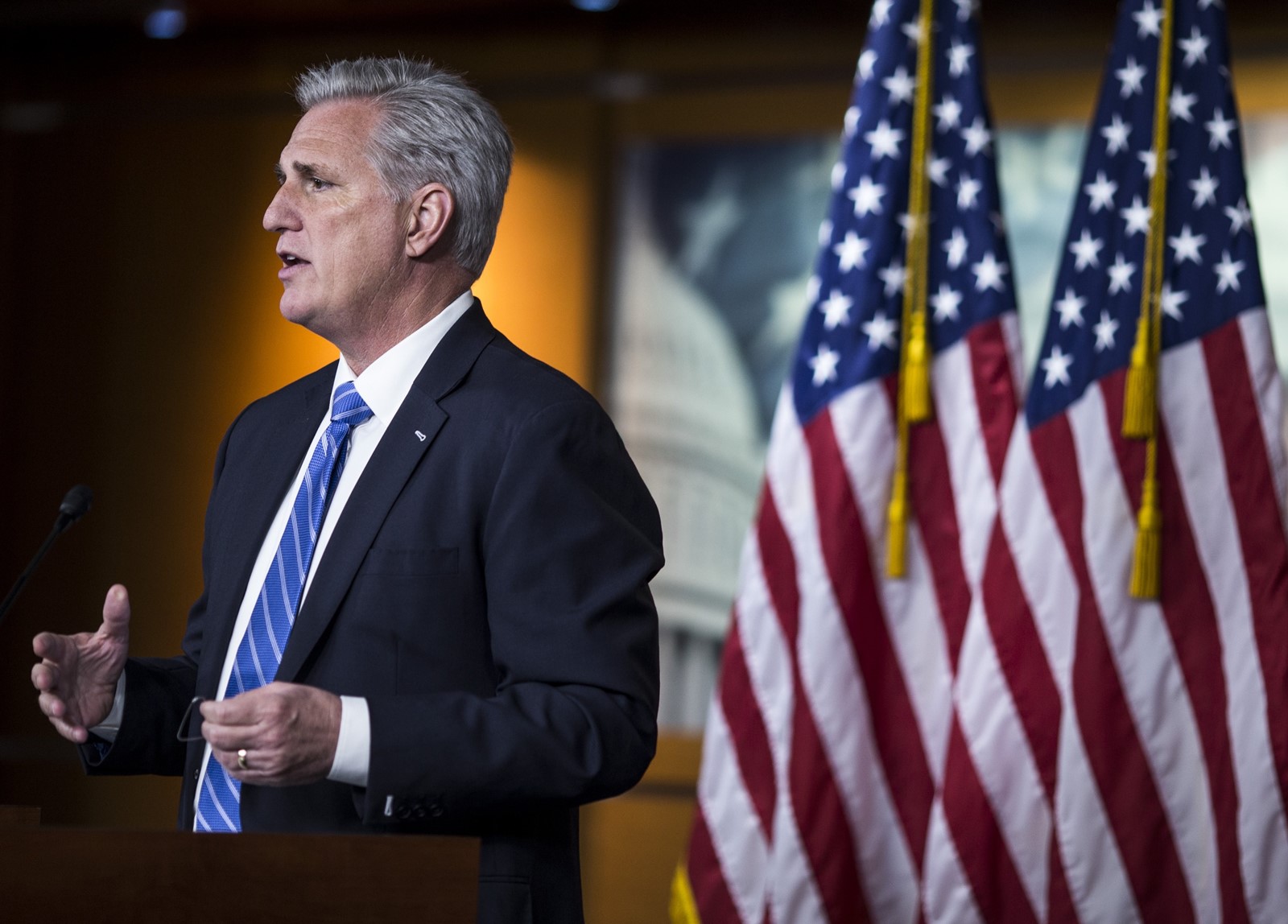 KEVIN McCARTHY, the House Republican leader from Bakersfield, is among those who expressed reservations about the state abortion bans, emphasizing his support for exceptions in the cases of rape and incest. (Zach Gibson Getty Images)
PREVIOUS IMAGE

Republican leaders have begun distancing themselves from new, far-reaching state abortion restrictions that don’t allow exceptions in the cases of rape or incest.

The Republican leaders in both the House and Senate expressed reservations about the sweeping bans, stressing their support for exceptions in the cases of rape and incest.

“I believe in exceptions for rape, incest and life of the mother, and that’s what I’ve voted on,” House Minority Leader Kevin McCarthy (R-Bakersfield) said Thursday.

Alabama this week approved a law to ban abortion at any stage of pregnancy,with no exceptions for rape or incest.

That came on the heels of laws in other states — including Ohio, Kentucky and Mississippi — that ban the procedure when a fetal heartbeat is detected, at about six weeks of pregnancy, also with no exceptions for rape or incest. All of the legislation includes exceptions for abortions to preserve a woman’s life.

GOP lawmakers in Alabama and elsewhere have said their goal is to give the Supreme Court’s conservative majority an opportunity to reverse the 1973 Roe vs. Wade decision, which legalized abortion nationwide.

The bans have activated the 2020 presidential candidates and other prominent Democrats in opposition. But some Republicans in Washington also say they oppose new abortion restrictions that don’t allow for the rape and incest exceptions.

“Leader McConnell’s record has been clear for decades on this issue,” said McConnell spokesman Doug Andres. “He opposes abortion except in the instance of rape, incest, or [when] the life of the mother in is danger.”

“I’m not down there,” he said of his home state’s most recent law.

The latest legislation represents a new front in the abortion debate. Nationally, Republicans have supported exceptions for all three circumstances for many years.

Sen. Thom Tillis (R-N.C.), who is up for reelection next year, also said he opposed sweeping bans. “Of course there needs to be” exceptions, he said.

Several Republican senators, however, refused to weigh in on the issue.

“I don’t really have a response,” said Sen. Shelley Moore Capito (R-W.Va.), who is also up for reelection next year. “I’m going to have to digest what’s going on.”

“States don’t need to hear from me on what they’re going to do,” said Sen. John Barrasso (R-Wyo.). “That’s how I always felt when I was in the state Senate.”

And some Republicans embraced the bills.

“If you think it is a human life, therefore a child of God, it really shouldn’t matter how it was conceived,” said Sen. Roger Wicker (R-Miss.).

New York state this year approved a law that expanded access to abortion. The state approved abortion after the 24th week of pregnancy to preserve the life or health of the mother.

That legislation came shortly before Virginia Gov. Ralph Northam, a Democrat, suggested in a radio clip that a baby born after an attempted abortion would only be “kept comfortable” and not necessarily resuscitated.

Abortion rights supporters have also brought the issue to the forefront ahead of the 2020 presidential contest.

Sen. Kirsten Gillibrand (D-N.Y.) has pledged to appoint only Supreme Court justices who support the Roe decision. And several Democratic candidates have come out in opposition to the Alabama and Georgia laws in recent days.

The laws in all four of the states — Alabama, Kentucky, Mississippi and Ohio — are being challenged in court or have already been struck down.

Missouri’s state Senate approved a bill Thursday to prohibit abortion at eight weeks of pregnancy with no exceptions for rape or incest. The state House of Representatives followed suit Friday, and the bill now goes to Gov. Mike Parson, a Republican who is expected to sign the measure.