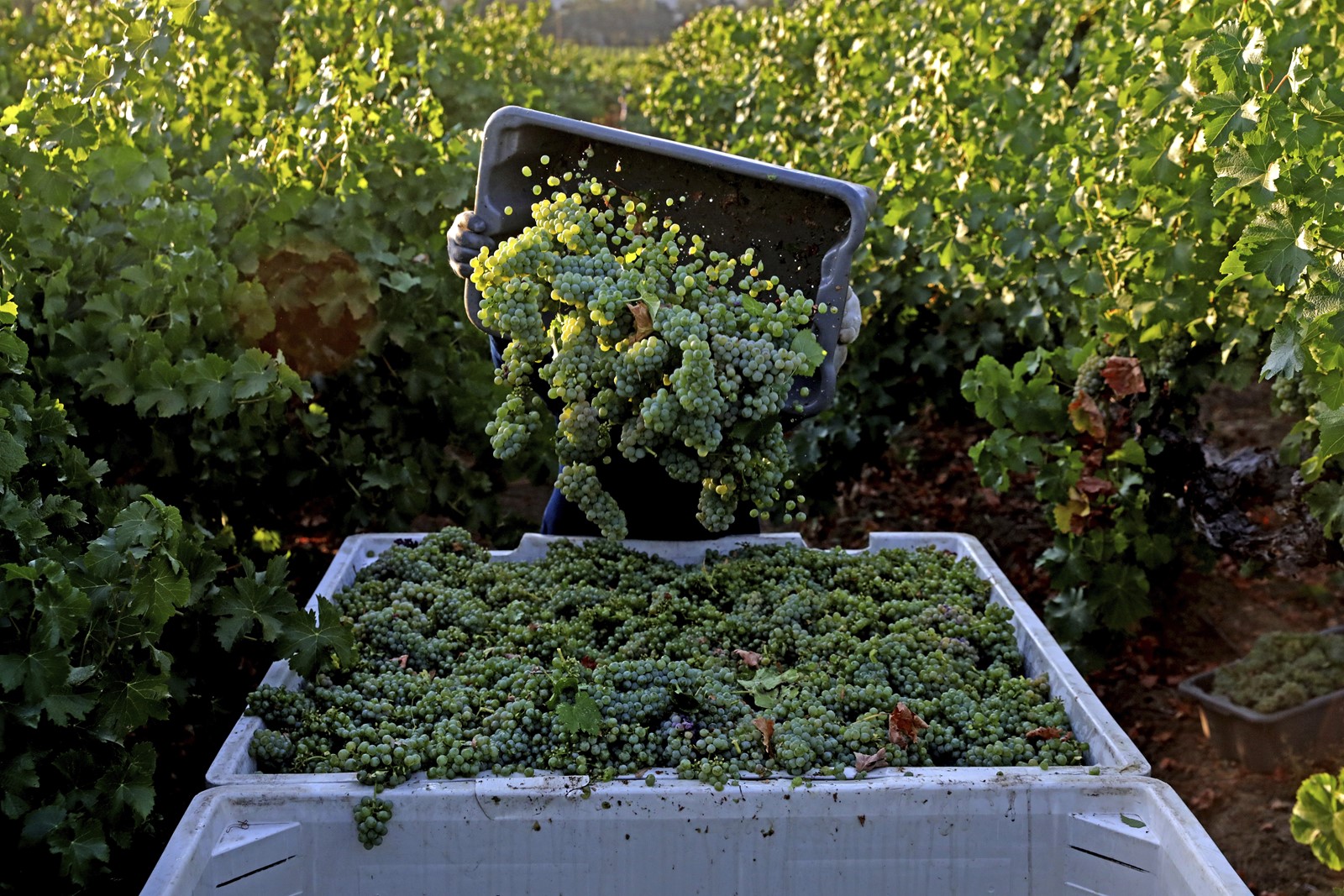 MORE THAN 50 wineries and restaurants across Napa and Sonoma counties allege that their constitutional rights are being violated amid financial ruin. Above, farmworkers pick wine grapes in August in Pope Valley. (Gary Coronado Los Angeles Times)
PREVIOUS IMAGE

A group of more than 50 wineries and restaurants across Napa and Sonoma counties are suing to overturn a state ban on in-person dining, saying their constitutional rights are being trampled as they slip into financial ruin.

It’s the latest litigation brought over the restrictions that have blanketed much of the state since early December, when coronavirus cases began soaring.

The Wine Country Coalition for Safe Reopening filed the suit Tuesday against Gov. Gavin Newsom. It arrives just over a month after capacity in intensive care units dipped below 15% in the San Francisco Bay Area, triggering a regional order that shut down outdoor dining — and drinking — among other restrictions. Tomás Aragón, director of the California Public Health Department, is also named in the lawsuit.

The coalition alleges that the governor and the state public health department have not provided scientific evidence showing that outdoor dining is more dangerous than other permitted activities, such as shopping in indoor malls and working on film sets. Citing what it sees as uneven application of the restrictions, the group claims the state is violating equal protection laws afforded by the California Constitution, among other violations.

Other restaurateurs have sued over the restrictions, with several using similar arguments. Angela Marsden, owner of Pineapple Hill Saloon & Grill in Sherman Oaks, filed a suit against Newsom in late December. A viral video shows Marsden fighting back tears over the ban, which had forced the closure of her restaurant even as an outdoor dining area was set up by a Hollywood movie crew a short distance away.

That suit followed two others brought by the California Restaurant Assn. and a downtown L.A. restaurant over L.A. County’s ban on outdoor dining, which preceded the sweeping state order. An L.A. Superior Court judge ordered the county to provide a cost-benefit analysis to justify its restrictions, but an appeals court paused the decision. A hearing on the matter is scheduled for February.

As the litigation winds on in different courts, Bay Area restaurant and winery owners say the costs of the shutdown are enormous.

“This blanket ban devastates the bedrock industry of Napa’s and Sonoma’s economy, and the livelihoods of thousands of workers like cooks, dishwashers, waiters, bussers and pourers that depend on it,” the suit states.

When Newsom’s regional ordertook effect across much of the state in early December, coronavirus cases and subsequent hospitalizations and deaths were surging following Thanksgiving. The situation grew more dire through December and into early January with further holiday-driven surges. Even as metrics at the state level have appeared to show improvement over the last week, officials are hesitant to express more than cautious optimism.

The closure orders were “implemented to save lives and prevent the regional medical system from collapsing, so all residents can access lifesaving treatment,” said Jesse Melgar, spokesman for the governor, in an emailed statement. Melgar said the state will fight the coalition’s suit, like the others, and is confident it will prevail.

Amid the pandemic, several Napa and Sonoma businesses have closed permanently, including Goose & Gander restaurant in St. Helena, Miminashi in Napa and Alexis Baking Co. and Café in Napa, according to the suit. Others have lost millions in revenue and laid off dozens of workers. St. Helena’s Tre Posti reduced its staff from 97 people to two and projects a revenue loss of about $3.5 million, the suit states.

“It’s a pretty discouraging environment all around,” Matt Duffy of Vaughn Duffy Wines in Sonoma said in a phone interview. Duffy estimates that his small winery, which specializes in Pinot Noir, lost about 20% of its gross income last year due to the restrictions. The sole employee saw her hours cut, with the winery no longer holding its typical weekend tastings, he said. Restaurants that would normally buy its wine are closed.

While Duffy said he’s fared better than some because he’s still able to ship to customers — who “certainly need the wine” — he’s concerned the industry won’t be able to immediately bounce back after the restrictions are lifted.

“Wine is one of those things that brings people together,” he said, “and we’re not able to do that right now.”