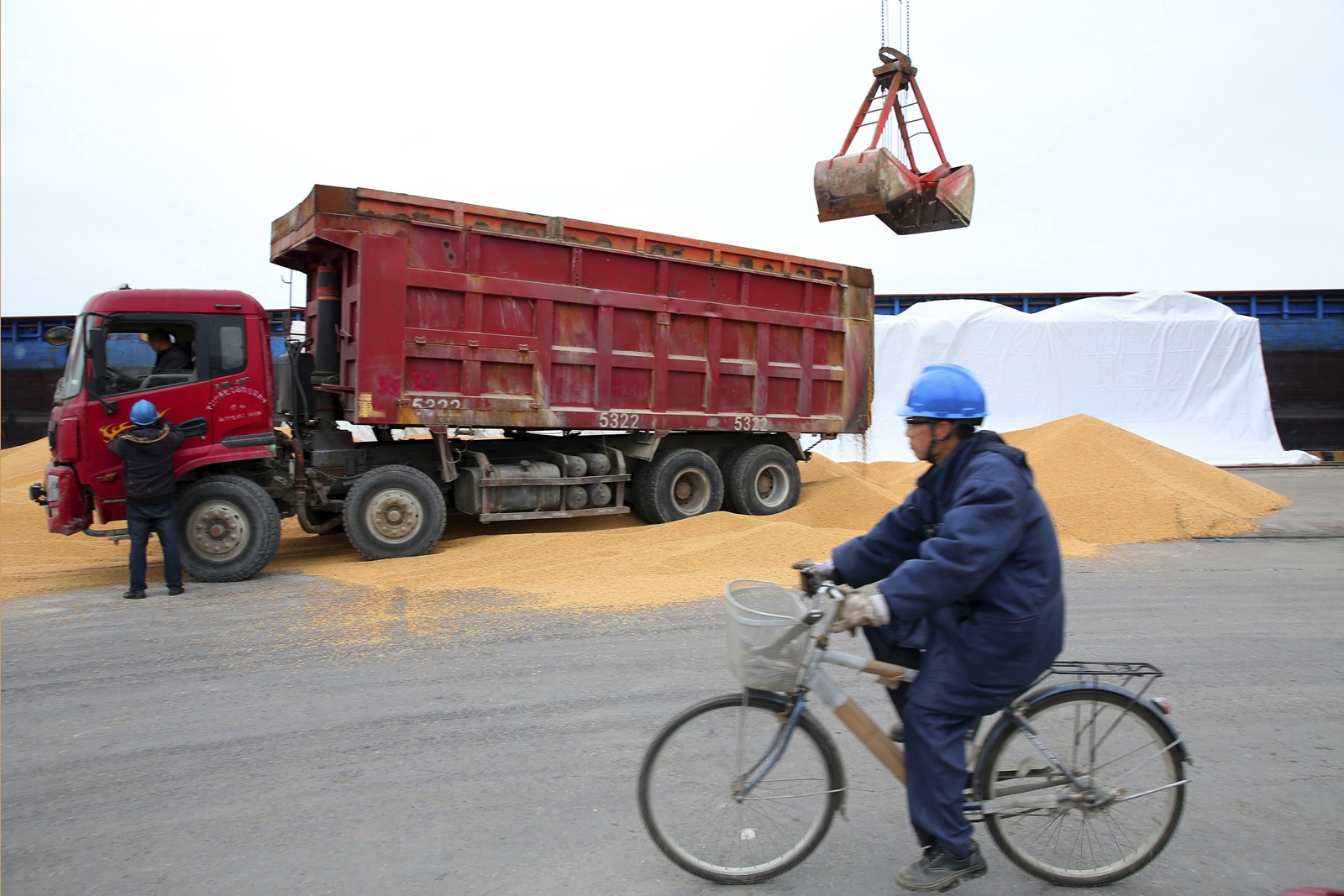 CHINA may put tariffs on $12 billion of American soybeans, more than half of the U.S. export. ( Associated Press)
PREVIOUS IMAGE

trade war with China this week, President Trump’s top economic advisor, Larry Kudlow, tried to assure investors that, despite roiling stock markets, a “pot of gold” lies at the end of the dispute. But the brinkmanship on both sides is more likely to cost Americans a pot of gold in disrupted trade and lost economic opportunity.

The spat between the world’s two largest trading nations started last month with U.S. tariffs on steel and aluminum; China responded with tariffs on $3 billion worth of U.S. exports. This week’s round two — over Chinese appropriation of U.S. intellectual property — marks an exponential escalation, with each side first threatening tariffs on $50 billion of the other’s exports. Thursday, Trump told the U.S. Trade Representative to look for $100 billion more.

The risks for Americans are clear and present. Although the people of China certainly will pay, so too will millions of American farmers, ranchers, manufacturing workers and consumer households. The most immediate casualties will be U.S. exporters. China bought $130 billion worth of U.S. goods in 2017, making it the third-largest market for our exports, behind only Canada and Mexico.

Nobody appreciates that reality more than American farmers. China is poised to slap tariffs on $12 billion of U.S. soybean exports, representing more than half of total U.S. exports of the crop. That will come on top of retaliatory duties China already has imposed on fruits, nuts and wine — actions that hit California producers especially hard.

U.S. industry will also suffer. Already in the crosshairs of Chinese retaliation are U.S. exports of $6 billion in motor vehicles and $16 billion worth of civilian aircraft. In a double whammy to U.S. industry, our own government is threatening to impose 25% tariffs on a range of industrial goods and machinery imported from China. Those imports enable U.S. companies to remain competitive and keep assembly of final products here in the United States. Combined with a 30% jump in domestic steel prices brought on by the administration’s earlier steel tariffs, U.S. manufacturing companies are facing a cost squeeze that threatens to disrupt supply chains and employment.

A trade showdown won’t necessarily fix the underlying complaint about intellectual property either. There is no precedent in U.S. history for using this level of tariff threats to successfully wrest concessions from a major commercial partner. Three decades ago, the U.S. got tough with Japan over similar issues but never came close to threatening the kind of sweeping duties the Trump administration is talking about today. Japan was also a different kind of negotiating partner, a democracy and a more accommodating ally. An authoritarian and nationalistic China is less likely to back down.

A more promising and less risky strategy would be to press the U.S. case in the World Trade Organization, the intergovernmental body formed to resolve trade disputes. The United States has brought a number of WTO cases against China, prevailing in almost all of them, and the Chinese government changed its policies as a result. Japan, the EU and other Western economic powers that share our complaints against China and could join the U.S. in pressing its case. Instead, it’s China that has just approached the WTO with its complaint about our steel and aluminum tariffs.

Another more constructive strategy for the United States would be to rejoin the Trans-Pacific Partnership. This trade agreement with 11 other Pacific Rim nations contains strong intellectual-property protections that provide a stark alternative to China’s lax approach. More broadly, the Trump administration could deescalate its hostile trade rhetoric against our allies such as Canada, Mexico and the EU, making it easier for these countries to unite in demanding Chinese reforms.

Like Japan in the 1990s, China is in transition to a more advanced economic state in which developing and protecting intellectual property will be crucial. If China wants to continue to attract foreign direct investment, it would be in its own interest to reform its domestic laws to protect the intellectual property of all companies, domestic and foreign-owned.

A full-blown escalation of tariffs is not in the interest of either the United States or China. Contrary to the much-referenced tweet by Trump, trade wars are not good nor are they easily won, as we may soon learn at great cost.