U.S. shuts a door to diplomacy with Palestinians

The consulate in Jerusalem provided high-level contact. Many see downgrade as a slap in the face. 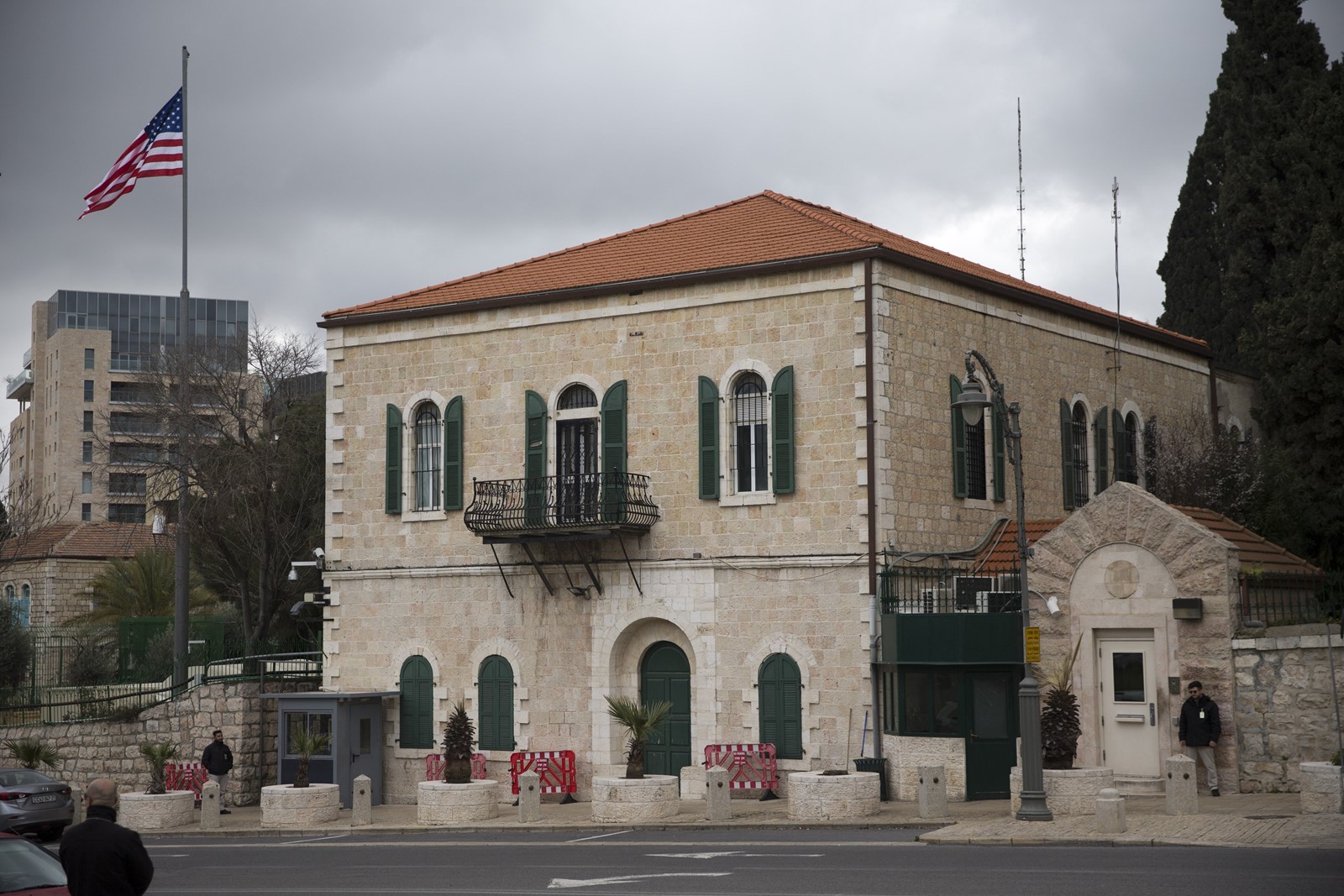 Since the mid-1990s, the U.S. Consulate General in Jerusalem has served as America’s de facto embassy to the Palestinians.

That era came to a close on Monday, when the consulate — an independent diplomatic mission in existence since 1844 — was subsumed into the operations of the new U.S. Embassy in Jerusalem as part of President Trump’s 2017 recognition of the holy city as Israel’s capital.

The Trump administration has said the freestanding consulate was no longer needed after the embassy moved to Jerusalem from Tel Aviv. But numerous U.S. diplomats and Palestinian officials have decried the closure as a slap in the face to the Palestinian Authority.

“In terms of our Palestinian contacts, it’s like we’ve stopped existing for them,” said one U.S. diplomat, who was not authorized to speak to journalists and asked not to be identified.

The diplomat struggled to find words to describe the situation of American envoys who arrived in Jerusalem with the aim of building ties to the Palestinian Authority, which officially cut ties to the United States after Trump’s announcement of the embassy’s move. Palestinians said the move did not take into account Palestinian aspirations for East Jerusalem to serve as the capital of a future state of Palestine.

“We’ve all been downgraded to zero, in a way,” the U.S. official said. “What are we supposed to be doing now, really? No one has any idea.”

The State Department announced the closure of the consulate in a statement that insisted the decision was intended only to improve the “efficiency and effectiveness of our diplomatic engagements and operations,” and did not signal any change in policy.

“There will be complete continuity of U.S. diplomatic activity and consular services during and after the merger,” spokesman Robert Palladino said. “We will continue to conduct all of the diplomatic and consular functions previously performed by U.S. Embassy Jerusalem. We will also engage in a wide range of reporting, outreach, and programming in the West Bank and Gaza Strip, as well as with Palestinians in Jerusalem.”

The U.S. is not abandoning the consulate building in West Jerusalem. It said it would become home to a new Palestinian affairs unit.

But the new unit represents a significant downgrade in diplomatic terms. Karen Sasahara, a career Middle East expert who became consul general in August, learned two months later that her job was being eliminated, when Secretary of State Michael R. Pompeo announced the mission’s end.

Her departure, on Monday morning, was marked by “a small, internal farewell ceremony which included a flag lowering and presentation,” according to a U.S. official present at the event. Mike Hankey, Sasahara’s deputy, will be head of the new Palestinian affairs unit.

The consulate had been one of very few non-embassy diplomatic posts reporting directly to the State Department. For many of the diplomats serving there, the work — support and training for Palestinian security services and major joint economic and social initiatives — came with a deep vocation for peace-building.

Among its responsibilities, the Jerusalem consulate has long submitted regular reports on Israeli construction and development of West Bank settlements directly to the State Department. The United States and the international community consider the settlements to be illegal.

Now the reports will be overseen by U.S. Ambassador to Israel David Friedman, Trump’s former attorney and a longtime supporter of the settlements.

According to National Public Radio, at least one “dissent cable” opposing the consulate closure was transmitted to the State Department. The dissent cable is a rarely used diplomatic instrument through which a diplomat can record opposition to a policy without going public.

Nirit Shalev Khalifa, a historian and author of a scholarly catalog about the history of American consuls in Jerusalem, said the closure represents “the end of an incredible period in the development of Jerusalem and its place in international life. The Agron Street location has been the face of the United States here since 1912, and it represented American goodwill.”

The consulate was known for hosting one of the liveliest parties on Jerusalem’s annual schedule, a July 4 gala held on the front lawn that brought together Muslims, Jews and Christians. The last such party was held in 2017.

Jake Walles, who served as consul general from 2005 to 2009 and visited Jerusalem last week, said that for all its employees, Israeli Jew and Palestinian Muslim alike, the consulate represented the common endeavor of peace-building.

A former U.S. ambassador to Israel, Edward S. Walker Jr., was an advocate of moving the U.S. Embassy to Jerusalem, but strongly objected to the consulate closing. “To put it bluntly, it is a stupid move driven by an ambassador who represents a certain portion of the Israeli political scene — the settlers,” he said in an email to The Times. “It is true that when I cover one eye I can still see, but not as well as with two. Why we want to half-blind ourselves by cutting off the Palestinians makes no sense to me.”

The new U.S. Embassy is in another consular building in Jerusalem, but it is not yet fully functioning as the main U.S. diplomatic mission in Israel. The embassy’s 800 employees remain at the former office in Tel Aviv.