Retailers and workers alike are reshaping the gig economy, but is the price too steep to pay? 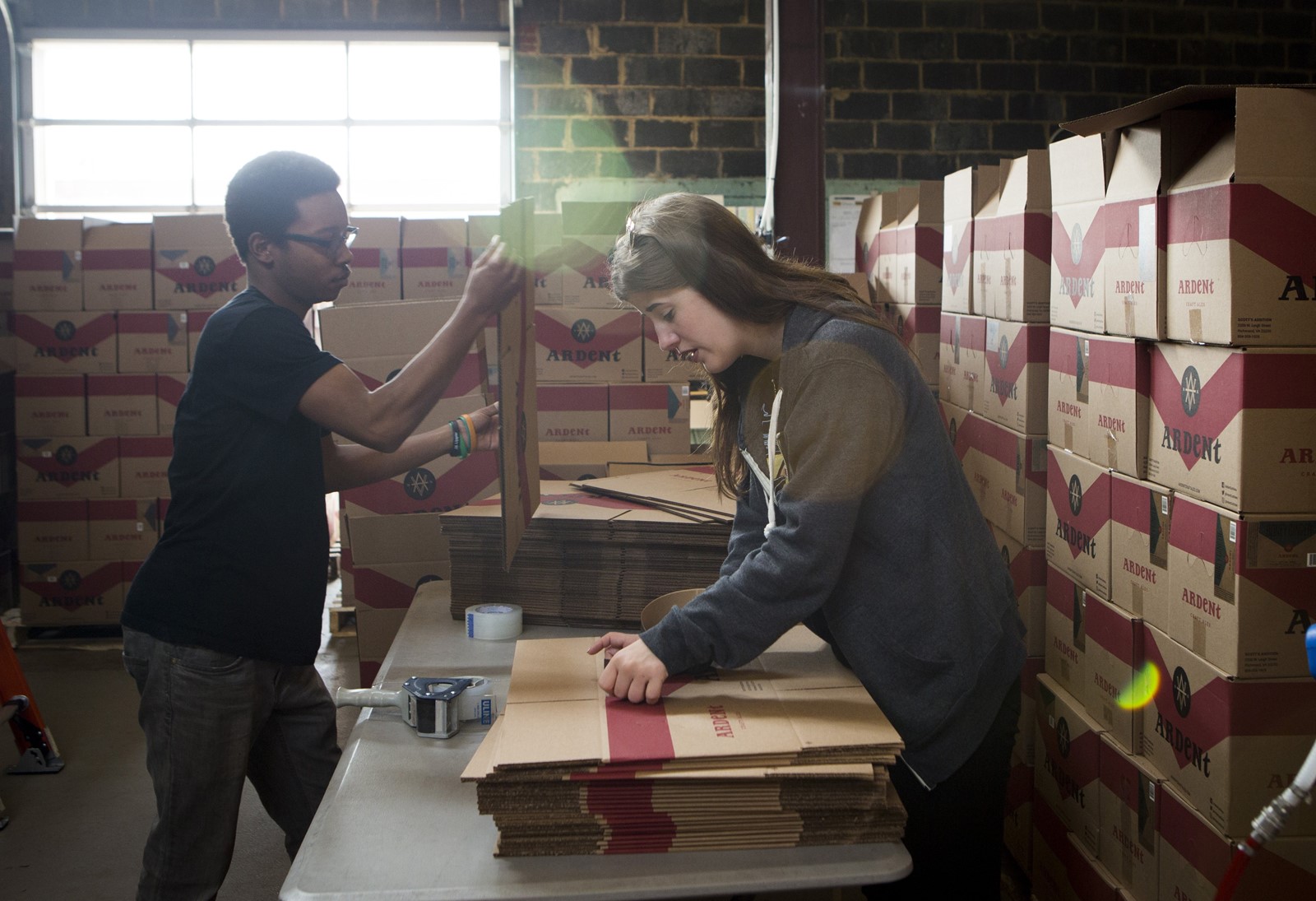 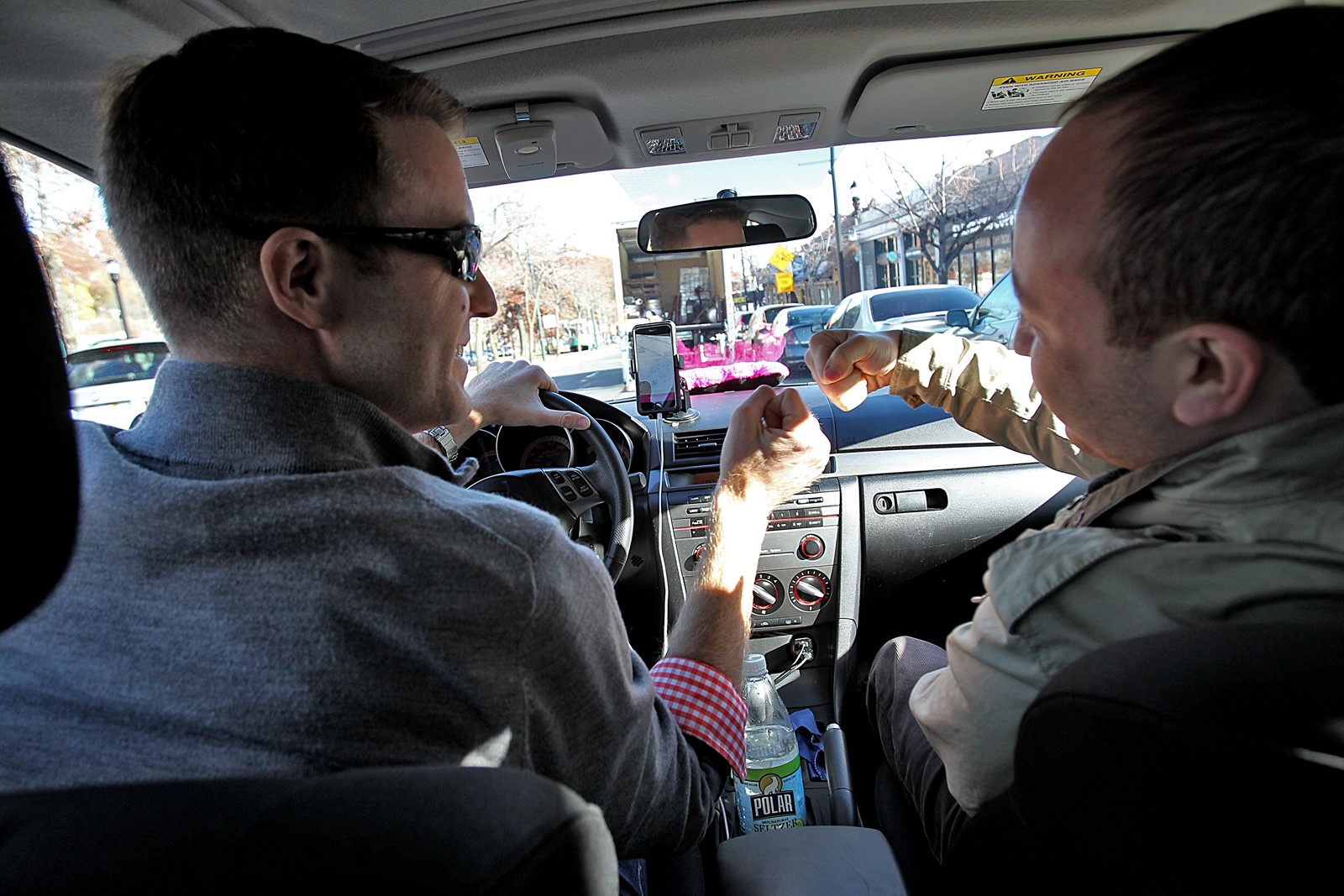 Aaron Stallings, who used to work as a bill collector for Capital One, says he’s no longer interested in having a full-time job.

Instead, for the last year, he has cobbled together work — 50, sometimes 60 hours a week — by parachuting into restaurants in Richmond, Va., that have last-minute openings to prep food, bus tables and bottle beer.

There are obvious downsides, such as the lack of health insurance benefits and the trouble of not having an employer withhold money for taxes. But he says the arrangement reflects a new reality in which flexibility trumps stability. Plus, he says, he is often treated better than full-time employees.

“It’s definitely stressful to show up and have your first day almost every time,” said the 25-year-old Stallings, “but at least I don’t feel miserable and stuck on the job.”

The gig economy is clocking in to retailers and restaurants.

The unemployment rate is at a 17-year low, but stagnant wages, chronic underemployment and growing inequality are leading more Americans to take on so-called side hustles. Some want to supplement their incomes. Others are just trying to eke out a living. Nearly 1 in 4 Americans now earn money from the digital “platform economy,” according to Pew Research Center. Most of that work is for domestic tasks, such as housecleaning and repairs, or driving for companies such as Uber.

By moving into shops and cafes, on-demand work stands to reshape a broader slice of the U.S. economy. There are implications for low-wage workers too, as a new class of employers fills its labor pool with on-call temp workers. Retail and hospitality — which accounts for 20% of U.S. positions, according to the Bureau of Labor Statistics — is the onramp for many employees to better jobs. But the sector is also pinched by rising minimum wages and healthcare costs, and employers are seeking more flexible work arrangements that respond to the ebbs and flows of their businesses.

But labor experts say companies such as Snag Work could set a dangerous precedent. Employers are already wary of hiring full-time employees because of overtime and healthcare costs, they say, and having a pool of potential gig workers at the ready could make matters worse for those seeking the stability, benefits and protections that come with full-time work.

“We’re seeing only one trend here, which is that the gig economy is big and getting bigger,” said Diane Mulcahy, a lecturer at Babson College and author of “The Gig Economy.” “Companies will do just about anything to avoid hiring full-time employees. Add to that the fact that there is no job security anymore, and workers are increasingly aware that they need to work differently if they want to create any sort of stability for themselves.”

Snag Work and other new platforms are the go-betweens, enabling users to pick up open shifts from retailers, restaurants and hotels that have gaps in their schedules. Wonolo, which bills itself as 40% cheaper than traditional temporary staffing companies, counts Coca-Cola, McDonald’s and Papa John’s Pizza among its clients. Other such start-ups include AllWork and Coople.

Snag Work — which has a presence in Richmond and in Washington, D.C., and plans to expand to other U.S. cities — says the arrangements are mutually beneficial for cash-strapped workers and understaffed businesses.

“Workers now have lots of options to pick up shifts — Instacart, TaskRabbit, Postmates, Lyft,” said Peter Harrison, chief executive of Snag, the parent company of Snag Work, which says it has 2.1 million active users. “But for small businesses, there are not ways for them to participate in this revolution. They’re suffering for it because they’re losing workers to these other platforms.”

That’s where Snag Work comes in, he says.

This is how it works: Interested workers sign up online and are vetted by Snag Work via Skype interviews and background checks. They can search for open shifts — which typically pay $10 to $15 an hour — on the company’s app and sign up for the ones that interest them. (The median hourly pay for retail work in the United States is $13.20, according to the Bureau of Labor Statistics.) They clock in and clock out and are paid through Snag Work’s online platform. A spokeswoman said Snag Work provides workers’ compensation coverage to all workers.

Labor economists and law professors say the system raises concerns for some of the country’s most vulnerable workers.

“If a restaurant has dishwashers, cooks, busboys, servers — those people are employees, they have a fair number of protections under employment law, including a minimum wage, overtime pay and family medical leave,” said Catherine Fisk, a law professor at UC Berkeley. “What is at risk for all of these Snag workers is that they are potentially entitled to none of that if they are treated as independent contractors.”

Temporary workers also have fewer rights: They can’t unionize, for example, and don’t have the same legal protections against workplace harassment that regular employees do, said Erin Johansson, research director at Jobs With Justice, a nonprofit that advocates for workers’ rights.

“This is a very problematic trend that has a downward pull on employer standards,” she said. “Who’s going to stand up and speak up about sexual harassment if they feel like they’re just going to be replaced by a gig worker who has no rights on that?”

The consequences for low-wage workers could be far-reaching, labor advocates said, if companies such as Snag Work encourage businesses to hire temporary workers at the expense of permanent employees. At Walmart, for example, union leaders say workers have long complained that they are underemployed and don’t receive enough hours to be considered full-time employees, who qualify for more benefits.

Companies such as Snag Work may exacerbate those issues by making it easy to replace workers in low-paying industries with temp workers, Fisk said.

The rise in gig work comes as state legislatures across the country are considering bills that would legally classify gig workers as independent contractors, stripping them of a number of workplace rights and protections. Until now, the distinction between on-demand employee and contractor has been largely unclear, as evidenced by a number of lawsuits alleging that companies such as Uber, Grubhub and Handy are incorrectly classifying their workers as independent contractors. In late April, the California Supreme Court issued a ruling making it harder for employers to classify their workers that way.

Contract workers, who are not covered under the National Labor Relations Act, don’t have rights to employee protections, including the minimum wage and state anti-discrimination laws.

A recent search on Snag Work’s site for jobs in Richmond, where the company has been testing its business for the last year, included shifts for a dishwasher at a local market, a cashier at a Potbelly sandwich shop and a room attendant at a Marriott hotel. Almost all the positions paid $10 an hour. (Virginia’s minimum wage is $7.25 an hour, and the state requires that employees who work more than 40 hours a week be paid overtime of at least $10.88 an hour.)

Five Guys restaurants in Richmond have been using Snag Work to fill about four shifts a week, said Sara Ortiz, vice president of human resources for Five Guys. Company stores typically have 25 workers, 20 of them part time, Ortiz said, adding that in the past, the burger chain filled unmanned shifts by asking employees and managers to take on extra work.

Stallings, the full-time gig worker, said he regularly picks up dishwashing and food-prep shifts at the Five Guys near Virginia Commonwealth University. He reports to work wearing the company uniform and says managers frequently treat him better than they treat other workers — for example, he said, they go out of their way to tell him how grateful they are for his help. Part of the reason for that, Snag’s Harrison says, is that the company asks workers to rate employers after each shift. (Employers also rate the workers.)

“I’ll show up, and the managers are like, ‘Thank you so much,’ like I’m doing something special,” Stallings said. (His temporary shifts have also led to a number of job offers, he said, though he’s turned them all down. “The freedom of working when I want to is worth all of the stress,” he said. And it helps, he added, that, at 25, he still qualifies for health insurance through his parents.)

Molly Catalano, a spokeswoman for Five Guys, said the assertion that gig workers are treated better than full-time employees is “very concerning to us, and we would like to investigate this right away.” She added that the company’s starting wage in Richmond is $8.25.

“The other workers get a little upset when they hear I’m making more than minimum wage,” Stallings said. “You’ll hear them talk about how they’re struggling to keep full-time hours, and then I come in to wash dishes, and at $10 an hour am making almost as much as the cooks are.”

Although the gig economy has been touted as an effective way for Americans to make money on their own terms, most gig workers — 85% — make less than $500 a month, on average, through those services, according to San Francisco loan provider Earnest, which analyzed tens of thousands of loan applications to study the effect of gig-economy jobs.

Snag Work is the latest offering from Snag (previously called Snagajob), an Arlington, Va., technology company that has built a multimillion-dollar business helping job seekers find and apply for low-wage, hourly work on their phones.

At Boulevard Burger & Brew in Richmond, managers use Snag Work to fill about three shifts a week, often during peak weekend hours. But, they say, they use the service as a last resort.

“We’re a very high-volume restaurant, a turn-and-burn kind of place, so sometimes we need help filling shifts,” said Jake Lee, a manager at the restaurant, which has 30 employees, half of whom are full time. “But on the whole, it’s way better if you can hire someone who’s always there when you need them.”