Son of violent radicals is running for D.A. job

San Francisco hopeful says his background has given him insights into justice system. 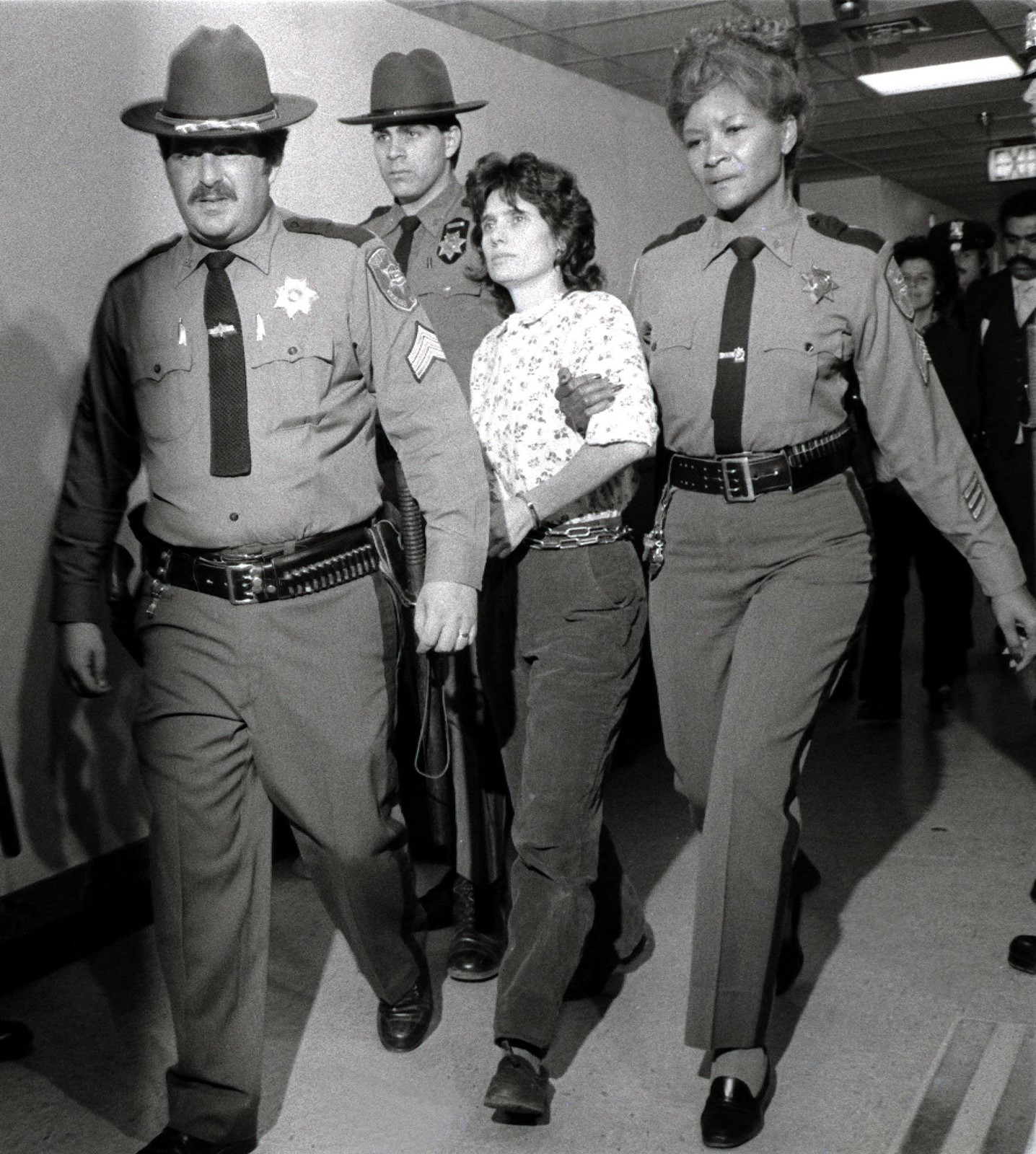 KATHY BOUDIN pleaded guilty to murder and robbery in a 1981 armored car heist. Her son, Chesa Boudin, says her past shouldn’t weigh against him. (David Handschuh Associated Press)
PREVIOUS IMAGE

Chesa Boudin was a model of understatement as he sat across the table inside a high-end Spanish bistro. Dark suit, white shirt, nondescript royal blue tie.

A recent email announcing his candidacy for San Francisco district attorney was similarly understated, referring to the “unique background” he brings to the contest to become the city’s chief prosecutor.

The background is this: In 1981, when Boudin was a toddler, his mother dropped him off at the babysitter. Then, with her husband and several others, she helped stick up a Brink’s armored car at a suburban mall in upstate New York, a move intended as a revolutionary strike against the hated establishment. A Brink’s guard and two police officers were killed in the unsuccessful heist.

Boudin’s mother took a plea deal and served 22 years in prison before her release in 2003. His father remains in jail and could stay there the rest of his life. In their absence, Boudin was raised by Bill Ayers and Bernardine Dohrn, soldiers, alongside his mom and dad, in the radical Weather Underground.

Boudin refers to the four as “all my parents,” which sounds like something from a television sitcom. (Child of violent lefties rebels against his upbringing by putting bad guys behind bars. Hilarity ensues!)

But Boudin was grave and almost preternaturally serious as he discussed how the past should, and should not, apply to the present.

His background, he insists, is incidental to his candidacy. “We stopped determining people’s fate based on who their parents are when we ended slavery in this country,” he said, his voice assuming a small edge. Later he said, “My parents used violence as a tool for social change and that’s not acceptable. Violence is never an acceptable tactic. They committed criminal acts and they’ve been prosecuted for it.”

But growing up as he did, going through a metal detector and steel gates to hug his parents, having their every phone conversations monitored by corrections officers, has given him unique insights, Boudin said, into reforming a criminal justice system he considers broken.

“It’s really the only area of public policy where we insist on doing the most extreme, expensive thing every time, even though we know it doesn’t work,” said Boudin, 38, who has worked the last four years as a deputy public defender.

The San Francisco district attorney’s race, which has drawn several hopefuls, is the most competitive in decades, after incumbent George Gascon announced he would not seek reelection. The front-runner, by most accounts, is Suzy Loftus, a legal counsel in the Sheriff’s Department, former president of the police commission and longtime political activist. She enjoys support from the cream of the city’s political elite, including Mayor London Breed and Sens. Dianne Feinstein and Kamala Harris, a former boss.

This being San Francisco, the nonpartisan contest will be fought on the left side of the political margin. But even in a city where permissiveness is an unofficial civic motto, there is growing tension between open-mindedness and frustration with the insults that increasingly make life here a trial: rampant auto break-ins, junkies shooting up in broad daylight, human waste speckling the sidewalks.

“It’s hard to find someone who’s not been impacted by crime in some way,” said Jim Ross, a longtime campaign strategist who is neutral in the district attorney’s race. “That could make it tougher to get elected with a less harsh law-and-order message.”

Boudin, though, insists his approach would be a smarter, not softer, approach to crime.

He reels off a sheaf of statistics — no arrest is made in 98% of car burglaries, 85% of those booked in county jail have drug or mental health issues, more than two-thirds of those convicted of a crime commit another offense within three years. Rather than play cat-and-mouse, he said, more should be done to address the underlying causes of crime.

He is not, Boudin said, opposed to locking people away in prison, for as long as need be. “I believe that the role of prosecutor in San Francisco, as in the rest of the country, is to keep his or her constituents safe. How you do that is the nitty-gritty work of developing good policy.”

Boudin is no stranger to public notice. In college, he was interviewed by Yale’s student newspaper when his mother left prison. A Rhodes scholarship earned him a front-page New York Times profile. He weathered savage book reviews trashing his account of kicking around Latin America. (He worked for a time as a translator in the administration of Venezuela’s late socialist leader Hugo Chavez.)

Still, he was guarded, sitting ramrod straight and unsmiling amid the thinning lunch crowd as he discussed the violent family history he fully expects to relive as part of the campaign.

The sins of the past — albeit not his — are something he wrestled with during a difficult childhood. There was a learning disability, temper tantrums. “I was angry,” Boudin said. “I felt abandoned. I felt guilty about what my parents had done.” Those sentiments, he noted, are not uncommon among children of incarcerated parents.

Forgiveness allowed him to move on, he said. In turn, his parents, Kathy Boudin and David Gilbert, offered love and encouragement, including support for his candidacy — though, Boudin said, they worry “about people attacking me unfairly because of things they did.”

After decades in which it was nearly impossible to be tough on crime, attitudes are changing.

Activists on the right joined with those on the left to push a criminal justice reform bill, emphasizing leniency, that President Trump signed into law. Cities around the country — Philadelphia, Chicago, Houston among them — have elected district attorneys vowing to leaven crime-fighting with a measure of compassion.

Even in San Francisco, Boudin suggested, there’s a chance to fight auto break-ins and, at the same time, apply a less punitive, more rationalized approach to criminal justice. It’s a rare moment, he said, one that “is bigger than me, or who my parents are.”