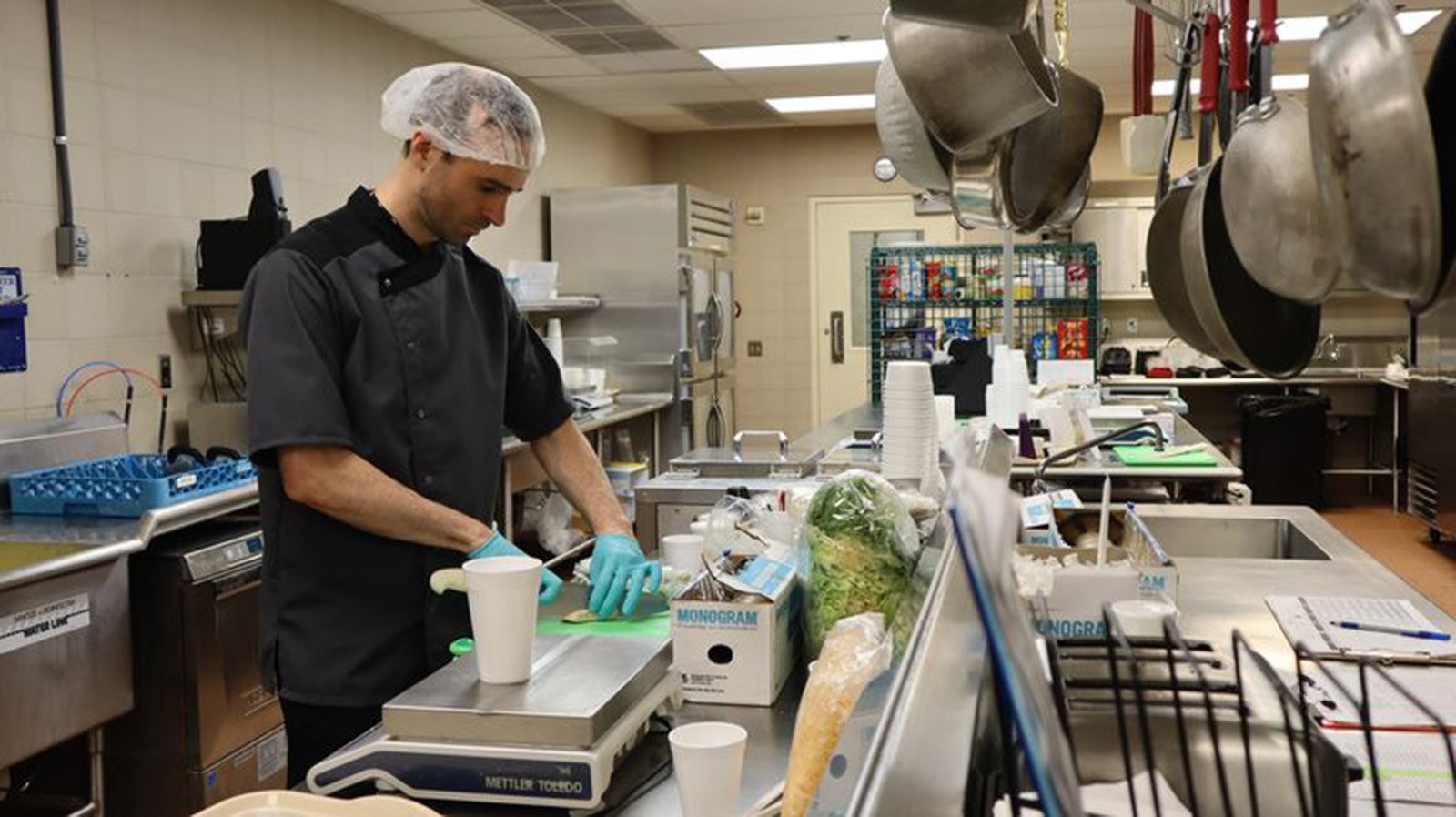 For four weeks, 20 healthy volunteers checked into a research center hospital and were served a variety of tempting meals: cinnamon French toast, stir-fry beef with broccoli and onions, turkey quesadillas and shrimp scampi. Researchers scrutinized everything that was eaten and came away with the first hard evidence to support a long-held suspicion: Heavily processed foods could be a leading factor in America’s obesity epidemic.

The unusual clinical trial compared the volunteers’ calorie consumption and weight gain when they ate a diet based on unprocessed ingredients and when they ate meals dominated by ultra-processed foods. Both daily menus had matching amounts of calories, fat, sugar, carbohydrates and salts, and diners said they were equally tasty and satisfying.

Yet the volunteers chose to consume an average of 508 additional calories per day on the ultra-processed diet. After two weeks, they weighed an average of 2 pounds more than their counterparts who had dined on unprocessed foods.

The findings, published last in the journal Cell Metabolism, will force scientists to rethink the complicated relationship between dietary habits and health.

“There’s something other than the sugar and fat on the food label that causes people to overeat and gain weight,” Hall said. “We don’t fully know the mechanism yet, but processed foods aren’t just innocent bystanders.”

The American diet has changed drastically over the past century. Home-grown produce and local poultry have given way to canned vegetables and deep-fried chicken tenders.

Doctors have long suspected that changes in food preparation were among the key contributors to the obesity epidemic, but they’ve struggled to find ways to reverse the trend.

Almost 40% of adults in America are now obese, more than double the percentage in 1980, according to the Centers for Disease Control and Prevention. The obesity rate among children has almost tripled in the same period.

Hall and his colleagues decided it was time to get serious with a randomized controlled trial, considered the gold standard for medical research. They recruited 20 people who weren’t picky eaters and were willing to spend a month living at the NIH’s Metabolic Clinical Research Unit in Bethesda, Md.

The volunteers were given three meals per day and were allowed to refill their plates as much as they wanted. They also had access to unlimited snacks. They were randomly assigned to consume either an ultra-processed diet or an unprocessed one for the first two weeks of the experiment. Then they switched menus for the remaining two weeks.

In reality, their consumption was different because the researchers served up gargantuan amounts of food — an average of 5,400 calories each day — and participants left different amounts of food on their plates.

Participants said both diets were filling and delicious. That may sound trivial, but it’s important for a nutrition study because it helps eliminate the influence of factors like food preference that could influence the experiment’s results.

“I thought it would be a no-brainer that people simply liked the ultra-processed foods better,” Hall said. “My first hypothesis went right out the window.”

Some of the foods in each diet were predictable: croissants and sausage for one morning’s ultra-processed breakfast, or salad with grilled chicken, bulgur and apples for an unprocessed lunch.

For dinner one night, participants on the unprocessed diet got beef tender roast with barley and spinach, while their ultra-processed counterparts consumed turkey and cheese sandwiches with baked chips, canned peaches and nonfat vanilla Greek yogurt.

For breakfast one morning, the unprocessed group was served omelets made from fresh eggs, while the other ate scrambled eggs prepared from Fresh Start liquid.

Snacks included raw nuts and fruit for the unprocessed diet, but dry roasted peanuts and applesauce for the other.

Researchers tracked how much and how fast each person ate, and the contrast between their behavior on the unprocessed and the ultra-processed diets was stark.

Hall said the discrepancy could be due to differences in the foods’ texture. Ultra-processed foods are generally softer, and people tend to eat soft foods quickly. That means volunteers would have swallowed more food by the time their guts were able to register their fullness and send signals to the brain that eating should stop. (In future studies, he said, they’ll examine the role of texture by serving more slow-to-eat but ultra-processed canned soups.)

Whatever the explanation, participants gained an average of 2 pounds over the two weeks they ate ultra-processed foods.

Luckily for them, they lost an average of 2 pounds over the two weeks they were on the unprocessed diet.

Blood sugar levels and measures of liver health remained largely the same on both diets, probably because all participants were considered healthy adults at the study’s onset, the researchers said. Interestingly, the ultra-processed diet appeared to trigger a higher expenditure of energy — but not enough to counteract the hundreds of additional calories consumed.

“I wouldn’t have expected the results to be this striking,” said Dr. Kathleen Page, an endocrinologist who studies diabetes and obesity at USC and who was not involved in the study. “To consume that much more food and not even call it more palatable or pleasant — I don’t think they realize they’re doing it.”

Page praised the study’s rigor and said she was struck by the fact that many of the ultra-processed foods the volunteers ate didn’t seem overtly unhealthy. “This wakes us up,” she said.

Meals were judged to be unprocessed or ultra-processed according to the NOVA food classification system, which stratifies foods into four groups based on the extent and purpose of processing.

Unprocessed foods are completely unaltered, and minimally processed ones include seeds, stems and roots altered only to remove the unwanted elements.

The scale ranges up to foods loaded with preservatives and color stabilizers, such as reconstituted meat products and premade frozen dishes.

The study results would still apply regardless of how processed foods are distinguished from unprocessed ones, Hall said.

“For some people, ‘processed’ means cheap agricultural sources and the steps taken to make it edible. For others, it’s the number of ingredients and whether you can pronounce them,” he said.

Several notable factors could have contributed to the caloric difference between the two diets, the researchers said.

Consider the role of protein. In the unprocessed diet, protein made up 15.6% of all calories served, as opposed to just 14% in the ultra-processed diet. If people craved more protein, they probably ate more food in order to find it.

Hall acknowledged that the trial was unable to account for the many socioeconomic factors that affect dietary choices, such as cooking equipment, culinary skills, grocery access and cost.

The weekly supermarket tab for the ingredients of each participant’s meals was an estimated $151 for unprocessed diet, but only $106 for the ultra-processed one, for example.

And for Americans from every demographic group, a lack of time can be the insurmountable hurdle.

“My diet is still the same as my dog’s. It consists almost exclusively of my two kids’ leftovers: unprocessed vegetables and chicken nuggets with mac and cheese,” said Hall, one of the millions of Americans plagued by a busy lifestyle. “But to the extent possible, we should all take the knowledge into account.”