But the president sees a long, showy event as his best defense 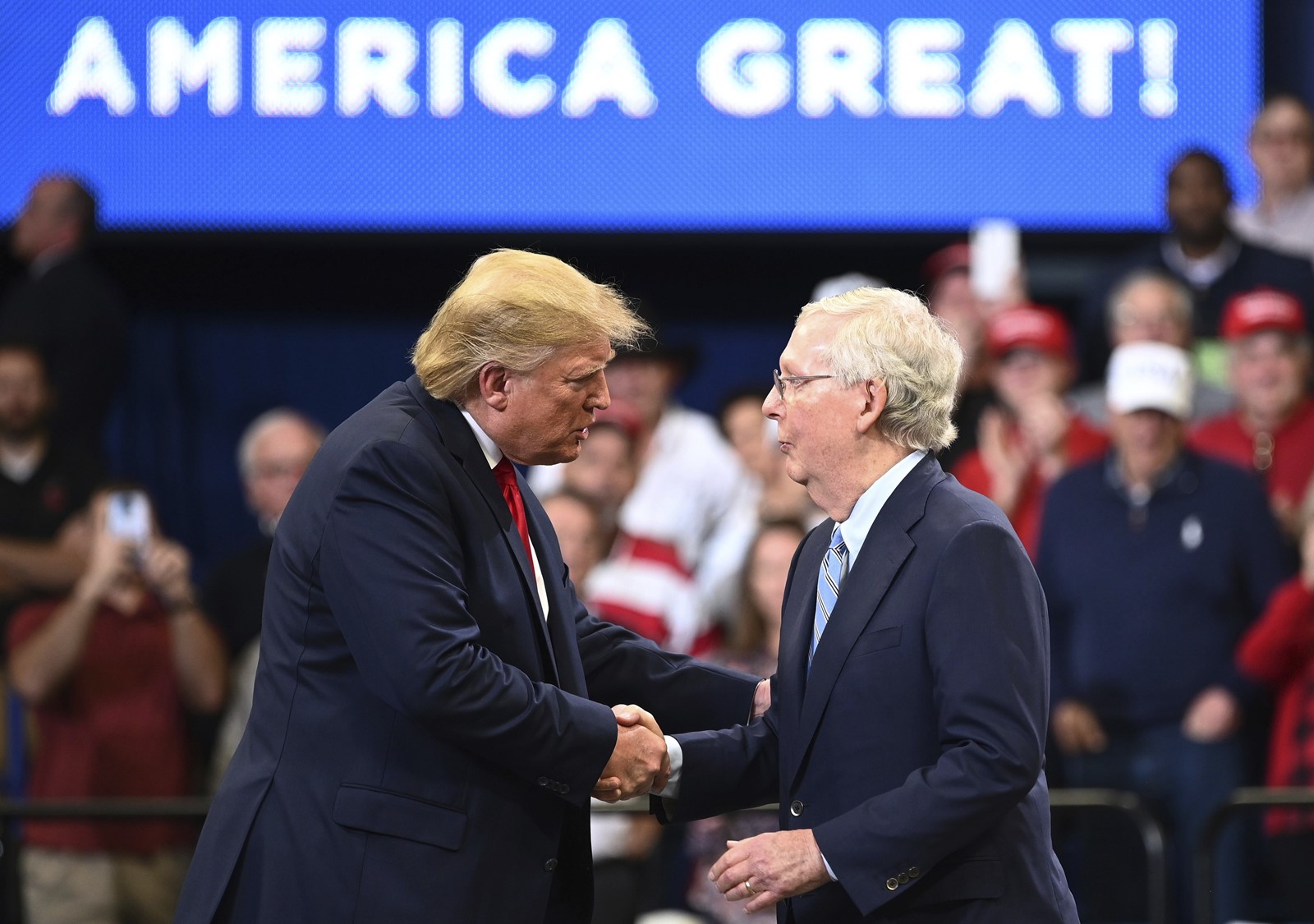 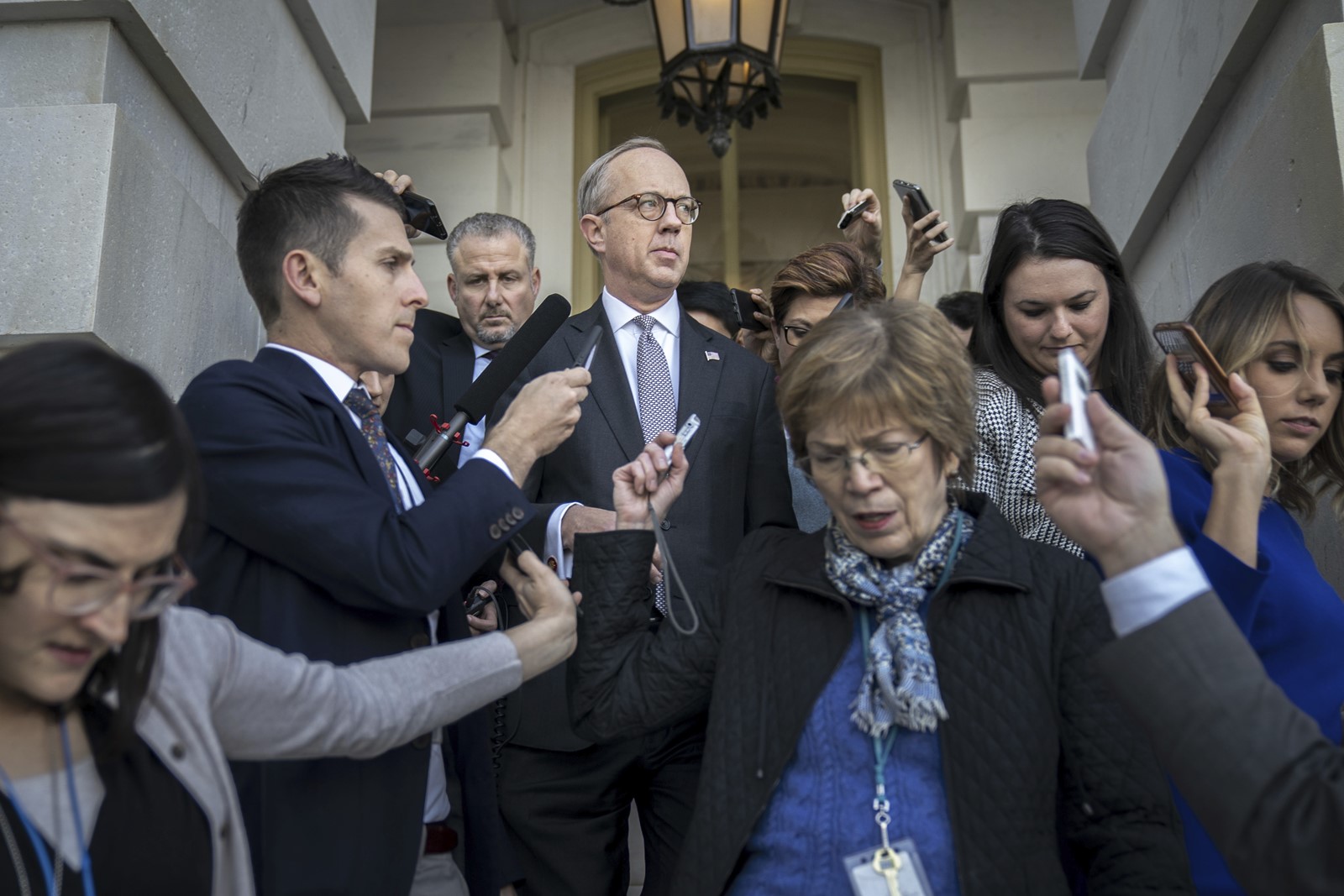 Republican leaders appear determined to conduct a relatively brief impeachment trial of President Trump in the Senate next month, possibly without calling witnesses, overruling the president’s push for a weeks-long spectacle to seek political retribution against Democrats.

“At this moment, almost nobody thinks there is advantage to a long, drawn-out process — except the president,” said one Senate Republican who was granted anonymity to speak candidly.

Sen. Lindsey Graham (R-S.C.), a close Trump ally, said he has told “the whole world” — including the White House — that he doesn’t believe a lengthy Senate trial is a good idea.

“The whole thing is a sham,” he said. “I’m ready to end it as quickly as possible.”

The Democratic-led House is expected to impeach the president, possibly on Wednesday, on a nearly party-line vote. The Republican-led Senate will then hold a trial. Democrats are not expected to muster the two-thirds support needed to remove the president from office.

Once the trial starts, current Senate Republican strategy would allow both House Democrats and the president’s lawyers to present their cases before any witnesses are called to testify about the president’s actions toward Ukraine and his alleged efforts to obstruct Congress.

At that point, the Senate would determine whether they want to continue the trial by calling witnesses.

But Republicans are skeptical of the benefit of calling fact witnesses. If they do, they say, they will allow Democrats to call their own.

Trump has suggested he would like to investigate former Vice President Joe Biden and other Democrats, the targets of his pressure campaign with Ukraine.

The Republicans have warned Trump that such witnesses could provide damaging testimony on the president that would upend the Senate proceedings and risk the winning hand Republicans now appear to hold in the Senate.

“With only two articles of impeachment, it’s pretty clear what we’re looking at. There’s not like there’s a lot of additional information that’s out there,” said Sen. James Lankford (R-Okla).

People close to the White House say Trump, who has been eager to call witnesses, has yet to make a final decision on whether to challenge McConnell’s strategy, but is likely to give in.

“Let’s face it: Mitch is not a guy to be bossed around and it’s ultimately up to him,” said one political advisor close to the White House who requested anonymity to discuss the deliberations. McConnell would “certainly give it a polite listen” but will make the final call, the advisor added.

McConnell said Thursday night on Fox News that he would defer to Trump’s attorneys but made clear that he would prefer a shorter process.

While Trump’s GOP support remains solid, Senate Republicans have been willing at times to stand up to his decisions and try to talk him out of what they consider bad strategy.

Earlier this year, when the president demanded a new attempt to repeal Obamacare, McConnell refused. Democrats retook the House in 2018 in part because they campaigned on protecting the Affordable Care Act.

And Trump’s repeated threats to impose new tariffs on Mexico, among other targets, were talked down over lunches at the White House. Congress also passed a resolution condemning Saudi Arabia, which Trump has embraced, for the slaying of a U.S.-based Saudi journalist.

Trump’s hope for a drawn-out trial appears likely to end the same way. While no decision has been made, Senate Republicans are looking at one to two weeks, compared with the five-week trial of President Clinton in 1999 that ended in his acquittal.

Rudolph W. Giuliani, the president’s personal lawyer, said in a text message that Trump had yet to settle on a final position, echoing others around the president. Giuliani’s controversial work in Ukraine has been at the center of the impeachment inquiry.

“The president has done nothing wrong, and the House should stop this ridiculous illegitimate impeachment sham, but he is absolutely ready for anything in the Senate,” Gidley said Thursday.

Senate Republicans note that Trump already has shown indecision, suggesting he is not committed to a particular strategy.

Several weeks ago, Trump suggested the Senate should hold a quick vote to acquit him before opening arguments were even delivered. Senate Republicans convinced him they could not dismiss an impeachment case so lightly.

More recently, he has mused publicly about calling witnesses who could turn the table on Democrats. In tweets, he urged the House to impeach him quickly “so we can have a fair trial” in the Senate.

“We will have Schiff, the Bidens, Pelosi and many more testify, and will reveal, for the first time, how corrupt our system really is,” he tweeted.

Rep. Adam B. Schiff (D-Burbank) spearheaded the initial impeachment hearings in the House Intelligence Committee. Biden and his son Hunter were the focus of Trump’s demands in Ukraine. House Speaker Nancy Pelosi of San Francisco has been the Democrats’ strategic leader.

Allies say Trump sees a long public show as the best way to turn the impeachment in his favor as he campaigns for reelection. Some conservative media figures have urged him to fight back in public.

“If they don’t fight back hard on this one and make it hurt these deep-state operatives, they’re just going to do it again,” said Matt Schlapp, chairman of the American Conservative Union.

Schiff hopes Senate Republicans will force the White House to turn over more evidence than his committee was able to obtain from the administration, which blocked his demands for documents.

“Senators have the power to vote to require production of all the documents that the administration has been withholding. And I think it will be very hard for them to take the position that they don’t want to see the evidence,” Schiff said in an interview.

In one sign that McConnell is likely to win out, he has drawn support from a longtime adversary.

Rep. Mark Meadows (R-N.C.), one of Trump’s strongest defenders and closest advisors in Congress, who is often at odds with Senate Republicans, said he would back McConnell’s trial strategy.

“I know the president wants to call witnesses. I know that there are some [House Republicans] who want to call witnesses so the rest of the story can get out. Yet Leader McConnell understands his members and his senators better,” Meadows said. “If he wants a short process, I’ll support him in that.”