NBC breaks silence on the HFPA

The TV network addresses Golden Globes controversy and its role in changes. 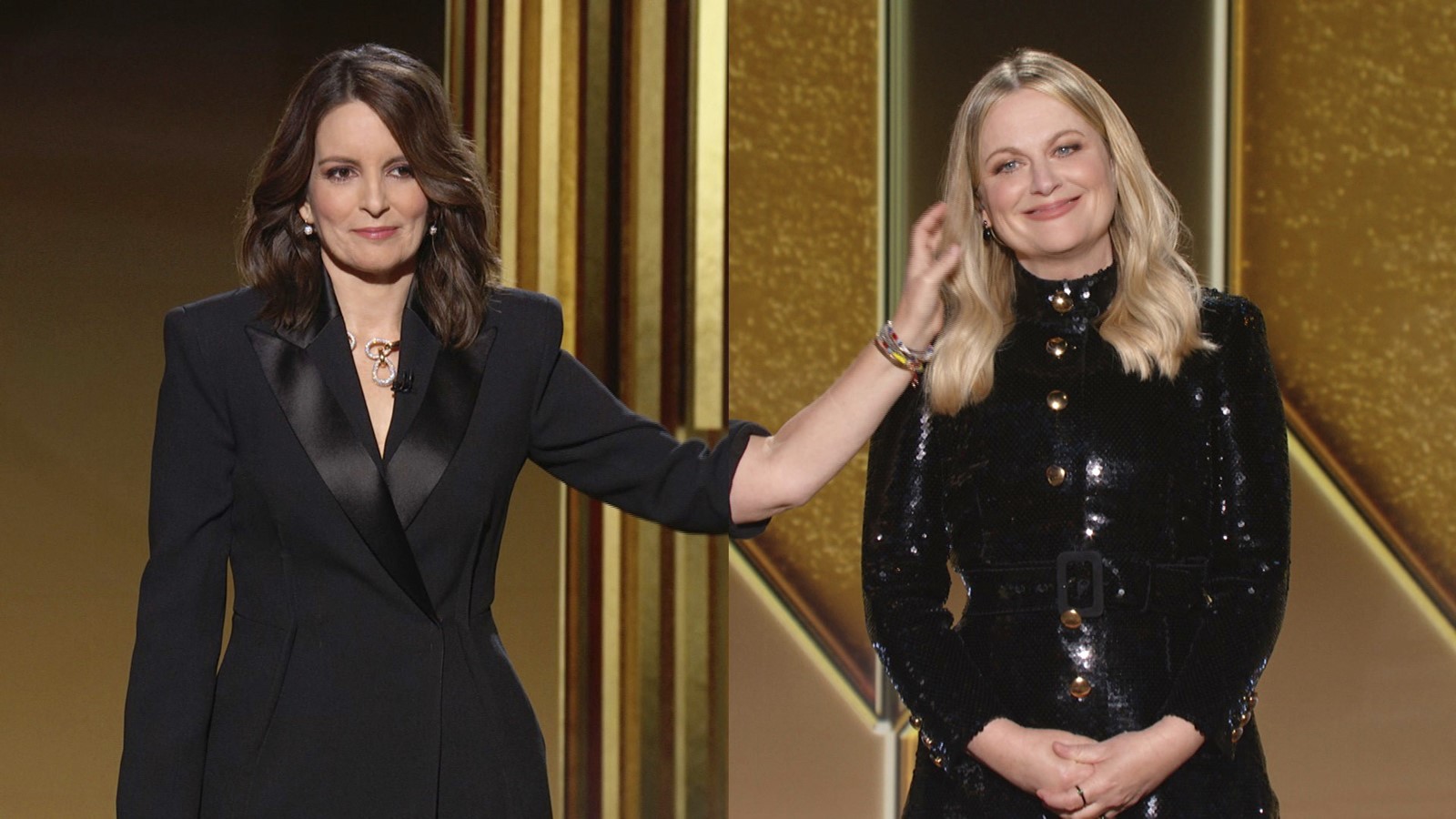 NBCUniversal has long kept a tight grip on the annual Golden Globe Awards — one of Hollywood’s most prized events.

The awards show has aired on NBC for 25 years, and in 2018, NBCUniversal solidified its perch by renewing its TV rights deal with the Hollywood Foreign Press Assn. and Dick Clark Productions, which produces the Golden Globes telecast.

NBCUniversal accepted a staggering increase in fees because the show had grown in prominence, becoming even more important to the network and its advertisers who struggle to engage viewers in a fractured TV landscape.

NBCUniversal agreed to pay the group of international journalists and Dick Clark Productions nearly $60 million a year through 2026 for rights to televise Hollywood’s night of glitz and glamour — up from about $21 million a year in 2018.

But now, all of that is in doubt.

The Hollywood Foreign Press Assn. is in turmoil following a Los Angeles Times investigation, which exposed questionable business practices and the lack of Black members. The 87-member group has not had a Black member in more than 20 years, and this week, more than 100 of the entertainment industry’s most powerful publicists sent a blistering letter to the HFPA, threatening to cut off the group’s access to their star clients unless the organization makes significant reforms.

The publicists and Time’s Up, the activist group that was founded by prominent women in Hollywood, have called out NBCUniversal’s association with the HFPA. Some have argued the Comcast Corp.-owned media company shares responsibility for the embattled organization’s problems, which the publicists, in their letter, wrote included “discriminatory behavior, unprofessionalism, ethical impropriety and alleged financial corruption.”

The HFPA announced that it would hire a diversity and equity expert and engage in outreach to try to recruit Black journalists and others from underrepresented backgrounds. This week the HFPA vowed to expand its membership from 87 to 100 or more, adding at least 13 Black journalists to its ranks. Until now, NBCUniversal has remained quiet about the HFPA, which has pledged to come up with an action plan by May 6. But NBCUniversal’s silence to date has only added to the controversy.

“In this day and time, you can’t air a program on your network and then step back and say ‘We have nothing to do with it,’ ” Todd Boyd, a professor of cinema and media studies at USC School of Cinematic Arts, said. “NBC has a great deal of influence because they finance the organization and air the Golden Globes on their network. They need to be involved in changing these unfortunate circumstances.”

NBCUniversal provides the largest source of revenue to the HFPA. Its license fee is divided between Dick Clark Productions and the HFPA, which last fiscal year pulled in $27.4 million from the network.

One of the industry’s most prominent producers, Shonda Rhimes (“Bridgerton,” “Grey’s Anatomy” and “Scandal”), this month put it more bluntly in a Twitter message: “Hey, @NBCUniversal, how much money do you pay to this org with no black people? @comcast, you’re good with that?” Rhimes asked.

In an interview with The Times, NBCUniversal Executive Vice President and Chief Diversity Officer Craig Robinson responded to the criticism and said the network has spent the last three weeks working behind the scenes in collaboration with its two partners — the HFPA and Dick Clark Productions.

“Our perceived silence on this should not be equated with apathy or a lack of concern,” Robinson said. “We are taking these issues very seriously, and we also understand our role and the importance of our role in encouraging HFPA to make what we deem to be necessary changes — and we are using that influence.”

Robinson said NBCUniversal executives, including Susan Rovner, who is chairman of television and streaming entertainment content; and Frances Berwick, who is chairman of entertainment networks, began a series of meetings with the HFPA days after the Feb. 28 awards show. During multiple meetings, Robinson said, the NBCUniversal delegation has stressed that the show’s viability depends on the group’s efforts to reform.

Among other things, NBCUniversal has asked the HFPA to recruit Black and other diverse members and also address questionable business practices detailed in The Times article, including the organization’s use of its funds.

The Times’ investigation revealed the organization pays members to watch movies, participate in a slew of committees and perform Globes-related tasks, including writing articles for the group’s website.

“There is no transparency and no accountability, and that just leads to ethical lapses,” Time’s Up President and Chief Executive Tina Tchen said, adding that NBCUniversal needs to shoulder some of the responsibility.

Some NBCUniversal executives privately have bristled over calls for NBCUniversal to better police the organization. These executives point out that NBCUniversal does not own the Golden Globes and that it should not be responsible for the behavior of individual HFPA members.

Instead, they say NBCUniversal distributes the program on behalf of Dick Clark Productions and the HFPA. As part of the TV rights deal, NBCUniversal requires HFPA to comply with various laws, including anti-discrimination statutes and the Communications Act of 1934.

NBC dropped the Globes after the FCC found in 1968 that the awards broadcast “substantially misleads the public as to how the winners were chosen and the procedures followed in choosing them.”

Neither Robinson nor other NBC executives would say whether the company has threatened to end the license agreement early. The contract extends through the 2026 awards show.

“As an organization, we hold ourselves to a high standard of transparency, ethics and creating an inclusive culture,” Robinson said. “It is important that our partners think similarly when it comes to these issues.”

Dick Clark Productions declined to comment. A person close to company said it has also been working behind the scenes with the HFPA and will evaluate what reforms the association makes.

A source close the HFPA confirmed it has met with NBC several times.

“We are working on implementing our action plan and are committed to doing the work,” said the source. “We look forward to continuing to work together in the future.”

Over the years, the awards show has become increasingly important for NBC and burnished the peacock network’s reputation.

“Everyone in the industry clamors to get inside that ballroom for the Golden Globes,” said one longtime publicist who was not authorized to comment.

Once widely ridiculed, the Golden Globe Awards are the official kickoff for Hollywood’s annual awards season.

In its September 2018 announcement of a new deal, NBC crowed that the Golden Globes had become “one of biggest nights on the calendar for live viewing.”

The Golden Globe Awards typically trailed only the annual Oscar telecast on ABC. In some years, its ratings exceeded those for the Grammys telecast on CBS. And unlike the Grammys, which has seen its viewership fluctuate in recent years, the Golden Globes’ ratings held steady. Until this year, it seemed to be immune from ratings declines plaguing broadcasters.

This year, with the COVID-19 pandemic forcing producers to stage the show without stars in the audience, the viewership slumped to an all-time low of 6.9 million viewers, according to Nielsen data.

The Golden Globe Awards is no longer profitable for NBCUniversal, according to a knowledgeable executive who was not authorized to speak publicly. Still, the show brings other benefits, including boosting the exposure of NBCUniversal’s celebrity cable channel E!, and its red carpet show, and promoting other programming on NBC and the company’s other cable channels.

The show also strengthens the company’s hand in its negotiations with pay-TV distributors and advertisers.

The Golden Globe Awards brought in $47.5 million in advertising revenue for the NBC broadcast in 2020, down from the high water mark of $51.9 million in 2019 when such popular movies as “A Star Is Born,” “Black Panther” and “Bohemian Rhapsody,” were in contention for major awards, according to Gregory Aston at Kantar Media, which tracks advertising spending.

“It’s a premium live audience, and that makes NBC much more attractive to advertisers,” Aston said. “Advertisers have been leaning into live events— that’s where they are seeking consumers.”