A river renewal plan to benefit the Gateway Cities 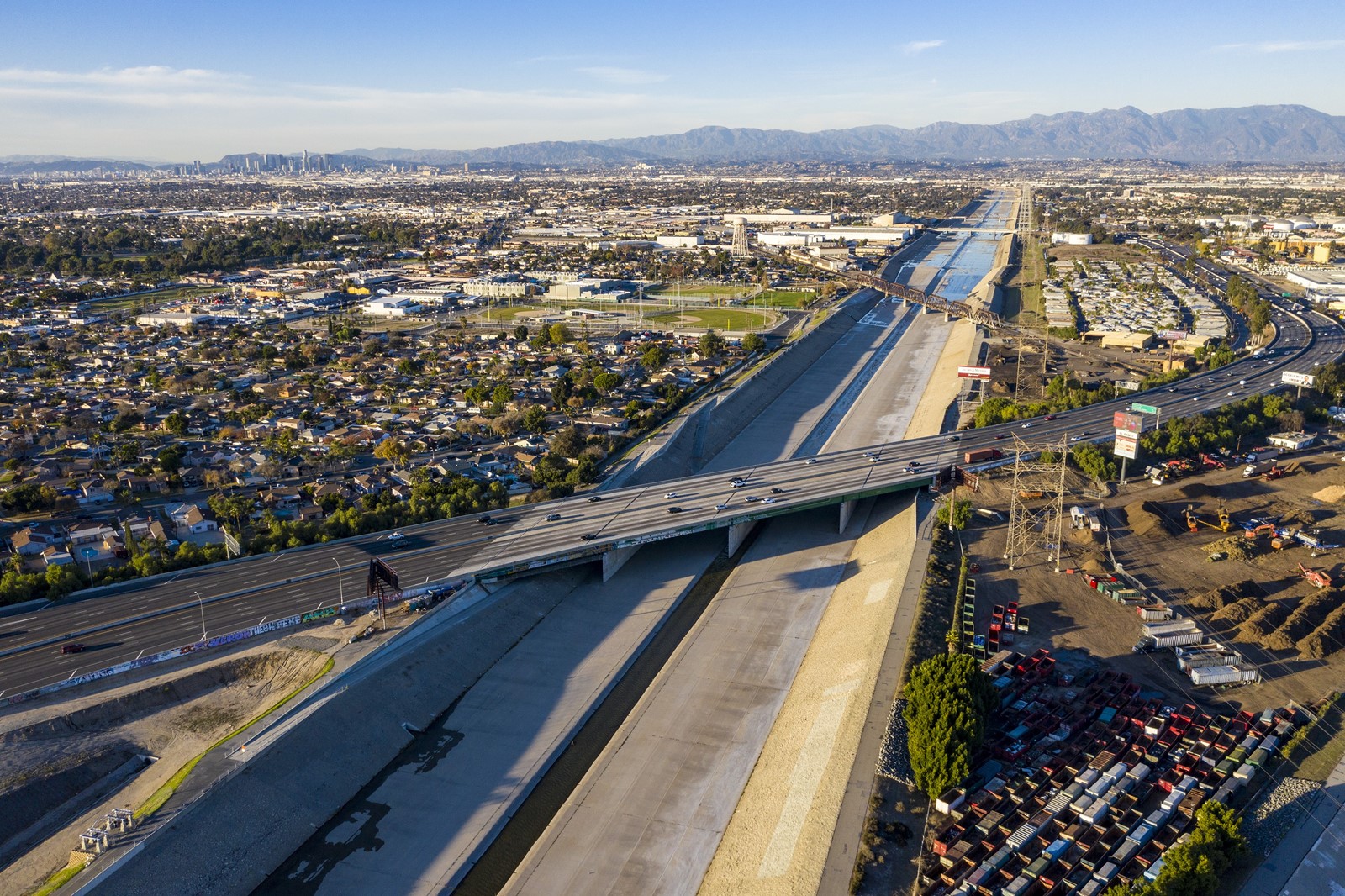 THE VIEW in South Gate toward what would be the Los Angeles River Platform Park, part of the architect Frank Gehry’s plan to transform the river with elevated parks and cultural spaces. ( Los Angeles Times)
PREVIOUS IMAGE

Los Angeles River Master Plan, available for public comment until March 14, promises big changes all along the waterway’s 51 miles — nowhere more so than in the Gateway Cities, at the river’s confluence with the Rio Hondo southeast of downtown.

This part of the river’s renewal centers on a Frank Gehry- designed set of elevated platform parks over the rivers and a $150-million cultural center on the riverbank.

The potential for a tragic backfire is huge. We could pour millions of public dollars into a plan that looks impressive but drives out its target audience — communities that have found it hard just to survive in recent decades.

The Gateway Cities have always been scrappy. In the 1920s and ’30s, white working-class families were drawn to these towns for the chance to live cheaply — they built their own homes, labored in nearby factories and demanded low taxes.

In the 1940s and ’50s, federal support for housing and unions enabled white working families to rise into the middle class. Residents had a political voice in shaping their communities.

In the 1970s and ’80s, that changed. General Motors, Firestone and U.S. Steel shuttered factories. Many white families fled, opening space for Latino immigrants to move in. This mirrored patterns nationwide, as Latinos migrated directly into the “urban crisis,” seizing opportunities where others abandoned them.

Since then, the Gateway Cities have struggled. They embraced retail as industrial development slowed, depressing local wages. Housing went from affordable to precarious. Residents were left to cope with the toxic residue of long-gone industries.

Poor residents, and those without documents, were marginalized politically.

The L.A. River Master Plan could play an outsize role in reversing this trajectory. Gehry’s cultural center and platform parks will be added to another new park, the Urban Orchard in South Gate. The Los Angeles County Metropolitan Transportation Authority promises to build a light rail line from downtown through southeast L.A. to Artesia, bringing stations to both sides of the river.

The master plan recognizes that these developments are gentrification magnets. Recent real estate transactions, including sales of surplus government land, suggest that developers are already recognizing the potential for rising property values.

And Los Angeles has consulted with the founders of New York City’s High Line — an abandoned elevated railroad remade into a park that stretches for blocks. The High Line’s outsize success pumped up the cost of living nearby, to its designers’ dismay. The lesson? Focus early on equitable outcomes for high-minded urban renewal projects.

The L.A. River Master Plan acknowledges the threat of displacement, but the solutions it proposes won’t go far enough, fast enough to ensure river renewal creates prosperity for all in the Gateway Cities.

The key ingredients are no big mystery:

The master plan advocates for more funding and a “land bank” to acquire property for affordable housing. It should both. Reducing the cost of building affordable housing is essential. Rent control should be on the table along with inclusionary zoning so that the developer must include units affordable to low-income renters. Home buyers clubs that subsidize down payments and provide low-interest loans can help renters become homeowners. The county has such a fund. Southeast L.A. needs one too.

The Gateway Cities sit between downtown and the ports of Los Angeles and Long Beach, along the Alameda logistics corridor. Banks should provide credit to help new light industry and businesses in the area, coupled with targeted public workforce development. Local hires should be prioritized, unions encouraged and fair pay policies pursued.

An equitable community development plan around a new platform park spanning the Anacostia River in Washington, D.C., includes children’s educational savings accounts that match parents’ deposits up to 5 to 1, a good example of the broad range of public and private approaches that should be part of the plan for the Gateway Cities.

Gehry and his partners in the new cultural center — the Los Angeles Philharmonic and the Los Angeles County Museum of Art — deserve credit for recognizing that it’s not just about bringing their music and art to Southeast L.A., but also supporting diverse Gateway Cities artists, musicians and performers. Making sure that people is as important as ensuring that they literally have a home in a community.

It’s also crucial to ensure that those who live in these cities have a voice in what will happen to them. The Gateway Cities have made it through our region’s toughest history over the last 50 years. They deserve a community-driven plan to benefit from its revival.

The rest of us — the county, private sector, philanthropies, nonprofits and state and federal agencies — must step up to help them put in place rules, strategies and funding that will tame gentrification and promote equitable development before it’s too late. Otherwise, we will miss a historic opportunity to open a new future for our region’s working-class.