Women who seized federal building say victims of violence are tired of not being heard by officials. 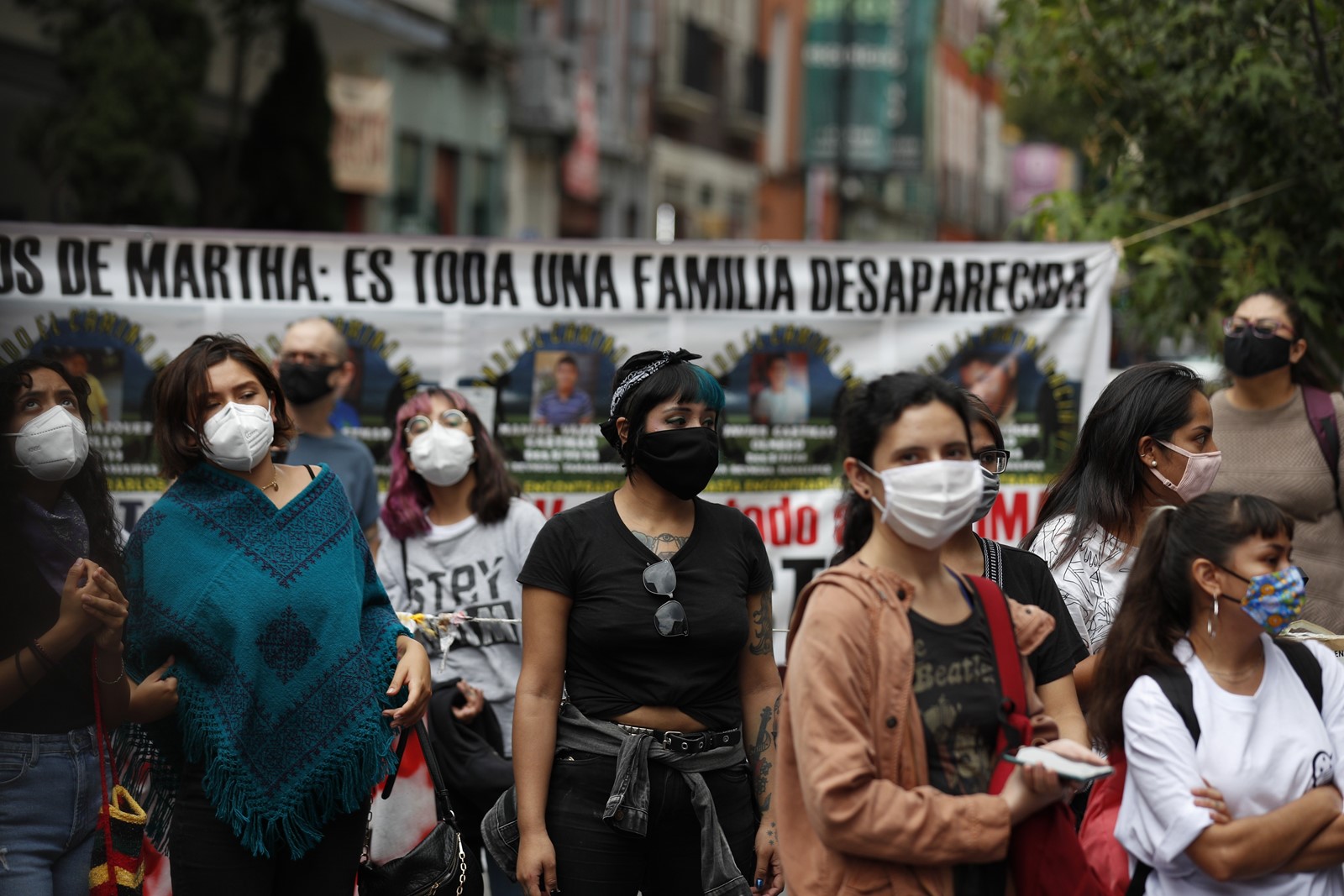 SUPPORTERS gather outside the National Human Rights Commission in Mexico City on Wednesday. Activists who took over the federal building have vowed to turn it into a shelter for female victims of violence. (Rebecca Blackwell Associated Press)
PREVIOUS IMAGE

They evicted government workers, ripped paintings of revolutionary heroes from the walls and declared that from now on, the federal building in downtown Mexico City would be a shelter for female victims of violence.

The dramatic takeover last week was the latest in a series of bold actions by feminist collectives in Mexico that have grown increasingly confrontational over the last year.

In a series of demonstrations beginning in August 2019, masked protesters have defaced national monuments, attacked the attorney general’s office and splashed blood-red paint on the doors of the National Palace.

The activists say their tactics are justified in a country where an average of 11 women are slain daily and the perpetrators are rarely brought to justice, and where President Andrés Manuel López Obrador and other officials frequently dismiss their demands for protection.

“We’re here so that the whole world will know that in Mexico, they kill women and nobody does anything about it,” said Yesenia Zamudio, who is still seeking justice for the slaying of her 19-year-old daughter four years ago.

Zamudio, a member of Not One More Woman, a group that gets its name from a protest movement that emerged in Argentina about five years ago, helped lead the takeover of the human rights commission building on Sept. 3.

She has been living there since, camped out on cots along with 30 other women and several children.

The activists have transformed the building — covering the facade with anti-police slogans and posters commemorating women who were killed or disappeared. “My friend didn’t die,” each poster says. “She was murdered.”

To the hordes of national news media posted outside 24 hours a day, the activists have showed off the generous cuts of beef that they discovered in the office freezers — proof, they say, that public officials were living the high life.

Freshly adulterated portraits of Mexican historical figures are also on display. In one, Francisco Madero, a leader of the Mexican Revolution who became president and was later assassinated, appears with green eyeliner, red lipstick and purple hair.

Those actions have outraged López Obrador, who has so far resisted sending in police to clear out the activists.

“Of course I don’t like it,” he said at a news conference this week. “How could I like seeing Madero defaced?”

He expressed sympathy for the activists, but said seizing the building was “the wrong way” to protest.

The activists say the president’s focus on property destruction rather than on their demands simply proves their point.

“He thinks a painting has more value than a woman’s life,” said Erika Martinez, who joined the protest movement in 2017 after she told police that her 7-year-old daughter had been molested by a relative and authorities refused to act.

She said she had come to the realization that extreme acts of protest were the only effective means of bringing attention to a cause that feminist activists have pushing since the slayings of hundreds of women in the border city of Juarez beginning in the 1990s.

“I spent three years getting nowhere,” Martinez said in an interview outside the commission’s offices, where she is living with her two daughters. “At least the president knows about my case now.”

In addition to relatives of crime victims, the protesters include a generation of younger student activists spurred to action by the inadequate response of institutions and public discourse they view as anti-feminist.

“They are questioning the effectiveness of politics,” said Daniela Cerva Cerna, a professor at the National Autonomous University of Morelos who has studied the feminist movement on Mexican college campuses. “They are tired of not being heard.”

She pointed to the first round of street protests that erupted in August last year, after a teenage girl alleged she had been raped by four police officers and officials publicly blamed the victim.

There is a long history of social activists seizing property as a form of protest in Mexico. López Obrador did it in 2006, when he and his supporters blocked Mexico City’s main avenue for months to critique what he believed were flawed presidential election results.

Still, not all feminists in Mexico support the actions of Not One More Woman and other collectives that have embraced radical tactics. Some say they worry that confrontational approaches won’t bring real change — and may not be worth the negative reaction they may provoke among more conservative segments of society.

In February, the abduction and killing of a 7-year-old girl and the death of a young woman whose husband disemboweled her and skinned her corpse led to a one-day national women’s strike, in which hundreds of thousands of women stayed home from work and school. It was followed by a massive march in Mexico City that drew the support even of conservative female politicians.

During that protest, on March 8, a group of more radical activists broke into businesses, set fires and defaced monuments. Some of those women are involved in the occupation of the human rights commission building.