out in the field 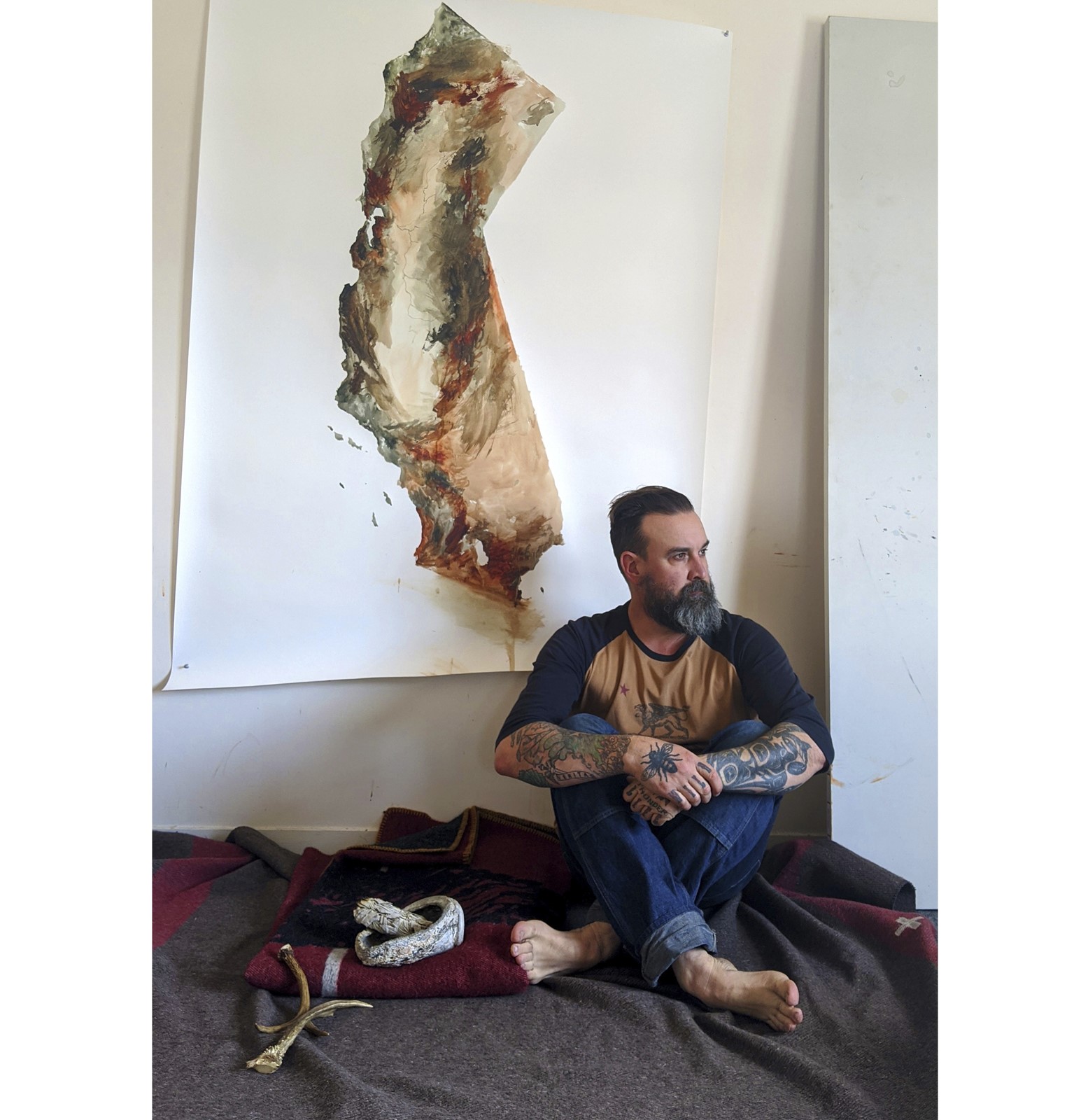 Photograph and image below from Obi Kaufmann 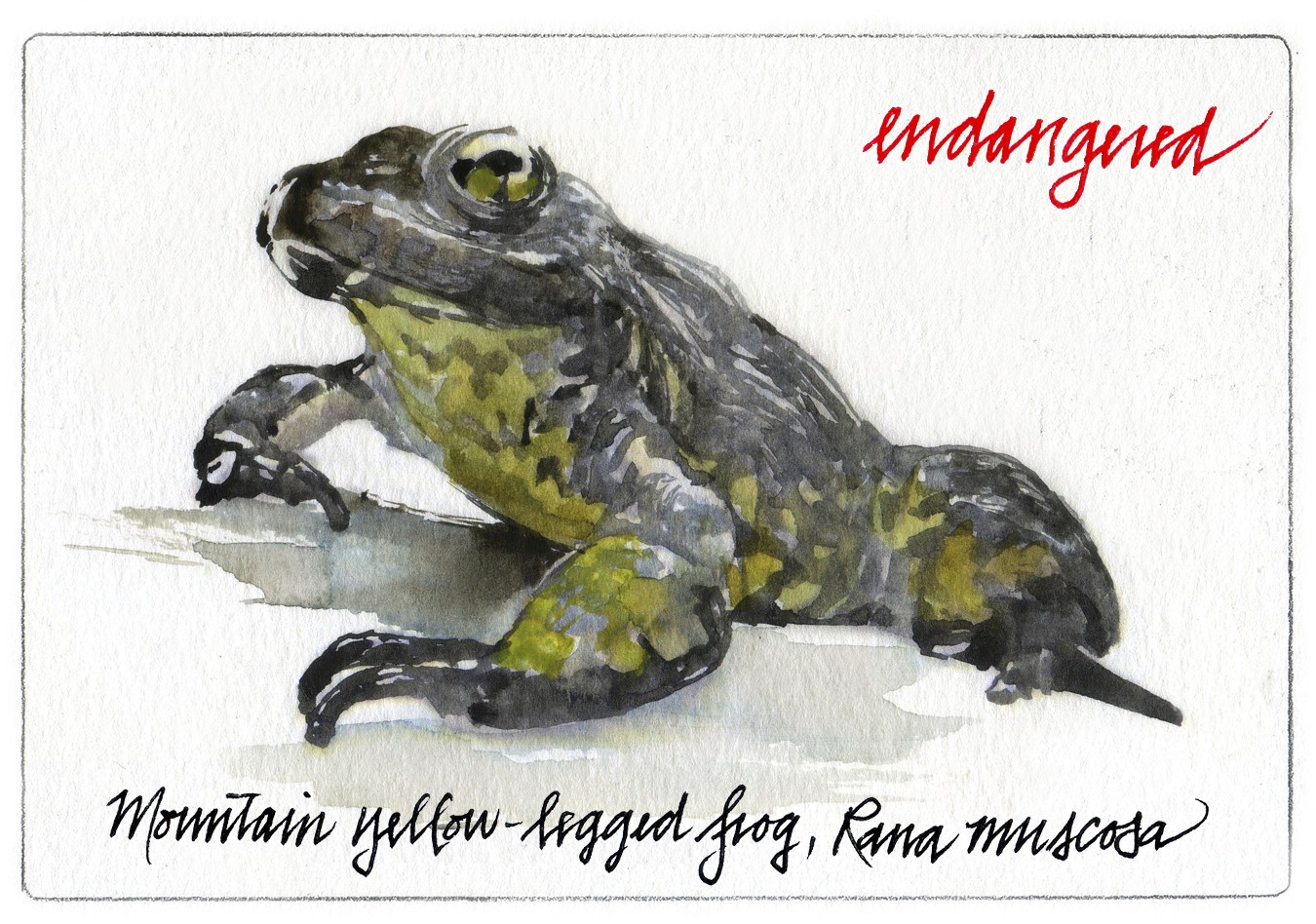 , 23 active wildfires had burned 1.7 million acres of California forest. Most of them were less than 50% contained and the Santa Ana winds were strengthening. Fire suppression has become a dangerous game of whack-a-mole, a race to choose which fires are worth containing, which to leave alone and which must be abandoned to protect human life. Lightning strikes sparked some of the fires; others occurred when people show little regard for their precarious landscape and climate: high temperatures, drought and wind.

How do we decide what we are willing to protect? How do you make someone care about the things we all need to care about if we are going to survive? If 2020 has imparted any lesson, it may be the sheer difficulty of moving people to recognize common obligations. But for naturalist and writer Obi Kaufmann, it’s not an impossible task. There is, he says, “this almost triangular relationship between love and protection and understanding. People protect what they love, right? People love what they know.”

Kaufmann has written and illustrated “The Forests of California,” a “field atlas” full of beautiful watercolor renderings of both landscape and data. That pairing of art and science fuses the influences in his life: His mother was a psychologist; his father was astrophysicist William J. Kaufmann, a director of the Griffith Observatory. As a teen, Obi was steeped in his father’s science but gained something equally valuable on hikes up Mt. Diablo: He fell in love with the systems of connection he saw at work around him.

To convey what he’d learned, Kaufmann invented a hybrid type of guide: the field atlas. “[It] describes a particular angle on the natural world that is not explained by field guides or road atlases,” he tells me on a FaceTime call. “This book is focused on how big systems in the natural world coalesce to express themselves as they do.”

His first such book, “The California Field Atlas,” was an overview, and he is set to publish six more field atlases, a project he wryly refers to as a “‘Game of Thrones’ of California nature.” “The State of Water” was published in 2019; the series will end with a book on forest fires.

The August wildfires arrived during what felt like the longest summer in recorded time, and the threatened destruction of old-growth redwoods seemed to break a lot of Californians who had been white-knuckling their way through 2020. Then came September and a new set of devastating fires — already the most acres burned of any year.

“In the second decade of the 21st century,” Kaufmann writes in the book’s introduction, “California weathered six unprecedented ecological and human disasters: two of the largest wildfires, the deadliest wildfire, the most destructive wildfire, the driest and warmest period of drought (2011-2017), and a record rate of tree mortality.”

While panic is a natural reaction to apparent ecological collapse, experience has taught us that it requires a measure of calm and long-term thinking. Kaufmann sees current political rhetoric as amping up the sense that if whole-scale change doesn’t happen overnight, all will be lost. Overwhelmed by the task, people give up.

It is difficult to have a conversation about what is happening to California without what Kaufmann terms “geographic literacy” — a notion that gives him a sense of optimism. “For every point of despair,” he writes, “I have a counterpoint of hope for the survival and restoration of the natural world. … As long as there is time, there is hope.”

Some things have already improved, he points out. In the 1980s, he begins, “Backpacking the Central Coast, I had this acute ache. … There were no otters. There were no condors. There were no whales.” Today, 300 wild pairs of California condors roam their ancestral ranges; humpback whales and sea otters are set to be taken off the endangered species list.

A component of geographic literacy is thinking about a much longer timeline. That was brought home for me this summer when I read “Miracle Country,” Kendra Atleework’s memoir about growing up in Swall Meadows, Calif. In 2015, wildfires scorched 7,000 acres and destroyed homes in nearby Bishop. She recounts the devastating impact of the blaze before panning out to examine a century’s worth of water-allocation policy that turned a verdant California valley into tinder. These changes took more than one lifetime to happen. And Atleework’s documentation of egregious decisions, combined with her own story, drives the point poignantly home. Cleaning up our mess means accepting that we may not live to see the positive effects.

Thinking about deep time helps to put the fires in perspective. Consider the recently burned redwoods. The signs are there that the redwoods will continue to thrive. Kaufmann says that how they’re built. “Coastal redwood has a plan to live for a few thousand years,” he says. “So if you’re going to live for a few thousand years, you’re going to encounter a few wildfires. … You have to survive this.”

Kaufmann argues that, while economics teaches us to think in terms of “abundance or scarcity,” geographic literacy values the connectedness of all living things as a better measure of health.

where the forest atlas comes in. Rather than identifying every single variety of tree, Kaufmann focuses on “forest alliances.” For example, the “Coulter pine woodland alliance” describes groupings of incense cedars, Jeffrey pines, Coulter pines and bigcone Douglas firs all growing in relation to one another. These alliances respond, in turn, to the environment around them.

This level of understanding of what grows where and why — and what changes to expect over time — can foster an appreciation, even a love, for the forest. Still more urgently, it drives home the importance of policies aimed at preserving and protecting the whole system. The project of finding the balance among forest reclamation, replenishment and extraction will carry on for generations.

But what do we do today, as thousands of acres burn, threatening both modern homes and an ancient legacy? Kaufmann hears a lot of anxiety among those who ask such questions at readings — questions intensified by political rhetoric.