Farmers, airlines and others make their cases to the president in commercials, knowing he tunes in. 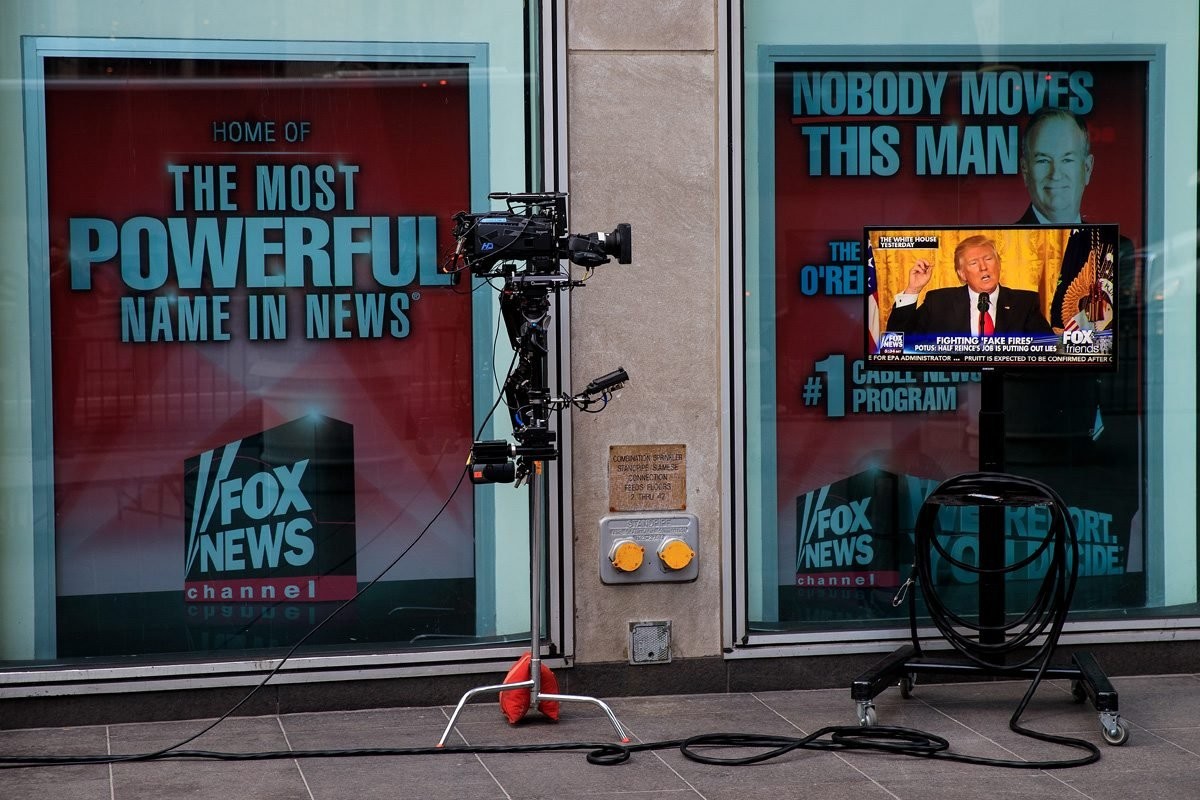 Farmers seeking government assistance knew where to make their case: on Fox News in TV ads with tractors and corn stalks designed to snag the attention of President Trump.

U.S. airlines, opposed to subsidies for foreign competitors paid by Qatar, took the same broadcast route to the viewer in chief, urging him to oppose “trade cheating.”

Although the ads generate a small portion of the network’s income — many are local spots that air only in Washington — the phenomenon points to the unusual symbiosis between a conservative president and conservative news programs that boosted his political fortunes.

Trump’s penchant for sharing his viewing habits with regular tweets to his millions of followers in turn helps drive viewers to the shows.

“When it comes to reaching President Trump or communicating a message to him, it might be more effective to buy ads on Fox News than it would be to have an actual conversation with him,” Nick Everhart, president of the Republican ad firm Content Creative Media, said in an email.

Advertisers long have sought to reach influential people, such as legislators and their staffs, for instance by running ads on Sunday TV talk shows that are viewed by the political class, said Kathleen Hall Jamieson, director of the Annenberg Public Policy Center at the University of Pennsylvania.

What’s new is the certainty that a president would be watching a program such as “Fox & Friends,” Jamieson said.

“The underlying problem isn’t that these folks have figured out to buy ads targeted to the president,” Jamieson said. “The problem is that the president gets his information from these shows.”

The National Biodiesel Board is among groups buying ads aimed directly at Trump.

The group wanted Trump’s backing in a fight over U.S. biofuel policy that has turned farmers and oil interests into opponents.

“We ran our ad on Fox television for one week and online for two because we are aware that the president watches that channel and often reacts to it,” said Paul Winters, a spokesman for the board.

Oil industry advocates on the other side of the issue shot back with their own ads, with the American Fuel and Petrochemical Manufacturers purchasing time on Fox programming in Washington.

The ad featured smiling refinery workers in hard hats and said, “President Trump, only you can fix this.” At issue was whether to give refineries exemptions from requirements to buy fuels made from corn and soybeans.

One destination for the targeted ads is the morning program “Fox & Friends.” Its hosts have fielded live calls from Trump and landed interviews with the president, who in turn lauds the show to his 64 million Twitter followers. The show has attracted at least $238,250 for political ads bought in the Washington market this year, according to Advertising Analytics, a media intelligence firm in Alexandria, Va.

According to Advertising Analytics, other Fox programs attracting political ads inserted into spots reserved for local programming in the Washington market included “Tucker Carlson Tonight,” “The Ingraham Angle,” featuring Laura Ingraham, and “Hannity,” featuring Sean Hannity — all of which have attracted presidential tweets.

Their ad in May asked Trump to crack down, opening with a clip of the president at a podium saying, “We will stand up to trade cheating.”

The partnership told supporters the ad was running on “Fox & Friends,” according to a person briefed on the matter.

The partnership declined to discuss details of the ad-time purchase. It sent an emailed statement from Scott Reed, its managing partner, which said, “American workers are counting on President Trump to stand up for U.S. jobs and fair competition.”

Foreign-headquartered automakers including Toyota Motor Corp. and Volkswagen in 2017 bought time on “Fox & Friends” to tout their U.S.-made vehicles.

The spot was intended “to send a message to @realDonaldTrump on his vacation: words have consequences, and we’ve had enough,” Castro said in a tweet. In the ad Castro said Trump had “stoked the fire of racists.”

Fox said in a statement, “Fox News has been the most-watched cable news network for more than 17 years and the top network in all of cable for the last three years which is why we continue to be a premiere destination.”

Fox has largely led cable news viewing for years, with a sizable lead across different demographics and times of day in recent years, ahead of CNN and MSNBC.

“Fox & Friends” has been the top-rated morning show in cable news for 213 months in a row, according to Nielsen ratings.

The network has been the target of ad boycotts in the past — for instance, Bill O’Reilly, a host who faced allegations of sexual harassment, was ousted after dozens of advertisers fled his top-rated show. Other hosts, such as Ingraham and Carlson, also have been hit by boycott calls.

But by catching and holding Trump’s attention, the network has offset some of those losses with messages aimed directly at the West Wing.

Selling the ads is possible because of the unconventional decision-making of a president who watches a lot of TV “and relies less on the advice and counsel of advisors, and more on his gut,” said Ken Goldstein, a professor of politics at the University of San Francisco who tracks political advertising.

“It’s a perfect storm which suggests people should advertise on the shows that the person who is deciding is watching,” Goldstein said.