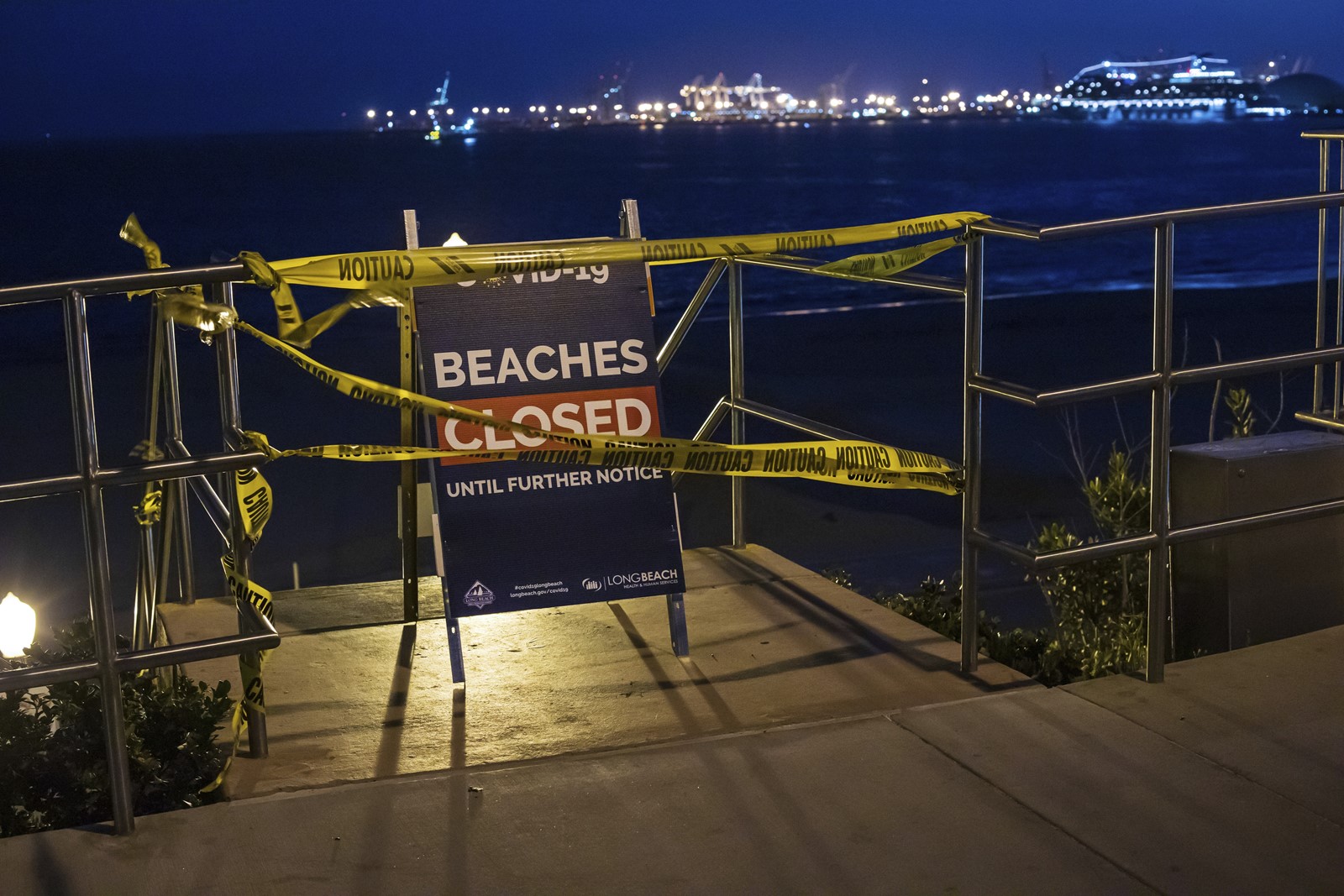 AN ATMOSPHERIC chemist who angered surfers when she warned of potential coronavirus threats in sea spray has reassessed the danger amid new research. (Marcus Yam Los Angeles Times)
PREVIOUS IMAGE

For weeks, a debate has been raging over whether going to the beach or swimming in the ocean increases your risk of catching or transmitting the coronavirus.

The issue has rankled surfers, overwhelmed runners and bikers and confused anyone seeking the fresh air and freedom of California’s coast.

So when a scientist last week suggested sea spray could possibly expose people to the virus, the controversy just exploded.

Now, after virulent criticism as well as new and rapidly developing information about the pathogen, the researcher is reassessing this hypothesis.

Kim Prather, an atmospheric chemist at the Scripps Institution of Oceanography, said she still believes there is potential for viral particles to travel farther than six feet in breezy air along beaches, but that new research suggests ocean water may be no more dangerous than it was before the pandemic.

“At this point, there is not enough known about this virus to draw any different conclusions from the long-standing recommendation to avoid swimming and surfing in regions where the ocean is polluted and check local beach water quality before heading to the beach,” Prather said last week.

“However, communal spread of SARS-CoV-2 at crowded beaches remains an issue,” she said, “especially given recent assessment on the potential aerosolization of this virus in smaller particles which may travel more than the six feet that social distancing guidelines suggest.”

In a recent Times interview, Prather was quoted as saying, “I wouldn’t go in the water if you paid me $1 million right now.” She posited that SARS-CoV-2, the virus that causes COVID-19, could enter the ocean — through raw or poorly treated sewage — and then get kicked back into the air along the surf zone.

But new research published after the interview has changed her thinking. The research includes an accelerated publication of a study in the journal Nature, which found that the virus did not appear to remain infectious in fecal matter.

“The main exposure risk to the water recreation community remains sewage pollution and urban runoff into the ocean, which can increase after major storms such as what we had this week,” Prather said in a follow-up interview last week. “The health effects of exposure to polluted waters have been the focus of numerous studies and the risks are well documented; less clear are the effects of exposure to aerosols produced in sea spray from the polluted ocean. Clearly, more research is needed on this particular virus to determine whether it loses infectiousness through sewage treatment and exposure to air, sunlight, and water.”

Prather’s comments last week, which were intended to serve as a precaution to beachgoers, ignited a firestorm of controversy — particularly among surfers, who were already locked in a heated debate over whether they should continue surfing amid stay-at-home orders. In emails and online comments, writers accused her of stoking fear and hysteria.

In a world that has grown used to finding immediate answers to questions on the internet, the inability of scientists to offer conclusive answers to such seemingly simple questions as “is it safe to go in the water” has added more frustration and anxiety to lives turned upside down by the pandemic.

“You get this situation that is totally unprecedented, and people really don’t know what’s going on, it’s changing day to day — what we thought was true two months ago is clearly not how we’re seeing things now — and it just creates this perfect storm of distrust, and it’s coming from a place of fear,” said Vaile Wright, the American Psychological Assn.’s director of clinical research and quality, who explained that the range of reactions also depends on a person’s ability to tolerate or not tolerate uncertainty.

“A way of dispelling that frustration or that fear is to attack,” she said.

“Those who are really intolerant of uncertainty are feeling incredibly threatened, incredibly vulnerable right now — they often view this whole situation as unfair.”