Racist past of Glendale arrives at its reckoning

City passes resolution apologizing for its history of exclusion 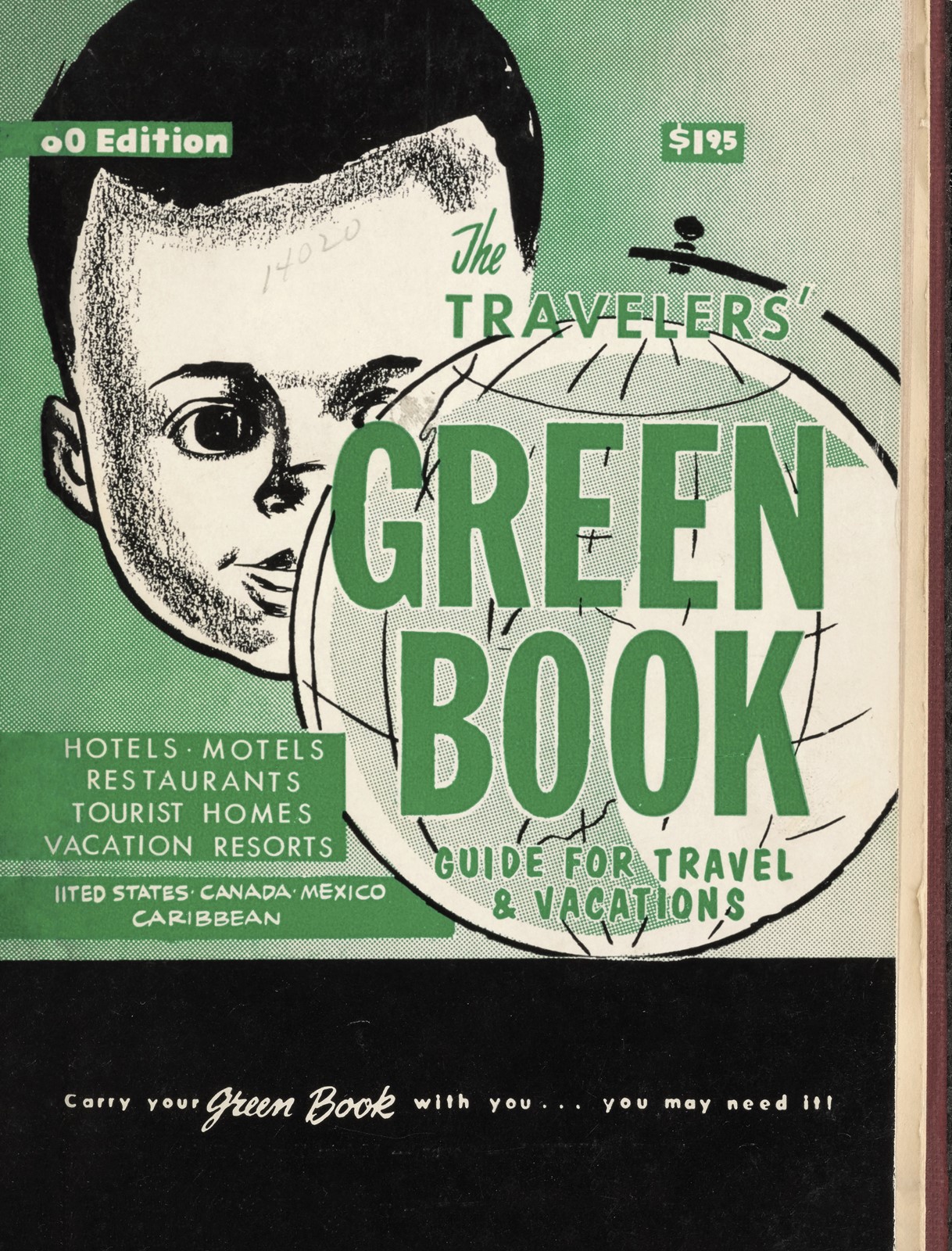 THE COVER of a 1960 Green Book. It helped Black motorists avoid the risks of sundown cities, such as Glendale. (Victor H. Green & Co.)
PREVIOUS IMAGE

When Tanita Harris-Ligons moved to Glendale in 2008, she said locals kept asking her where she was visiting from.

“If you’re Black, they didn’t believe you lived there,” she said of the city that was once a bastion for white supremacy groups and a so-called sundown town, where Black people weren’t welcome after dark.

About two years later, her son, Jalani, started middle school in the city, and the children began to separate along racial and ethnic lines, Harris-Ligons said. White children sat at one table, Latinos at another and Armenians at still another, she said.

Jalani came to her and said, “There’s nowhere for me to sit.”

That’s when Harris-Ligons decided to found Black in Glendale, “so my children could have a better experience,” she said.

The city’s racist past has cast a long, dark shadow that Glendale is now taking steps to remedy. It is the first city in California, and just the third in the nation, to pass a resolution apologizing for its history of racial exclusion — an action shepherded by Black in Glendale and other advocacy groups.

Sundown towns kept Black people out by a combination of laws and informal policies, including racist housing covenants and police intimidation, said James Loewen, a sociologist and leading scholar on the subject. Sometimes municipalities took aim at other communities of color, he added.

The practice — named after signs often posted at the city limits saying that Black people needed to leave by sundown — dates to the late 19th century and spread to the North beginning around 1915, when large numbers of Black Southerners began moving there as part of what’s known as the Great Migration.

Despite its progressive reputation, California has been home to at least 100 such towns, including Glendale, Loewen said. Burbank was also a sundown town, and Pasadena had exclusionary elements, including a segregated pool, says Los Angeles photographer Candacy Taylor. More than 50 towns in the state “went sundown” by excluding Chinese Americans in the 1870s and 1880s, Loewen said.

Although the civil rights movement of the 1960s, and the Fair Housing Act of 1968 in particular, stymied the overt exclusion of Black people in most communities, many places continued to use harassment and other intimidation methods to keep the areas majority white. Some practices employed by sundown towns continue today, including in parts of California, Loewen said.

Tara Peterson, CEO of YWCA Glendale, helps lead the Coalition for an Anti-Racist Glendale, which helped draft the city’s resolution. She said sundown practices existed in Glendale until the 1990s.

Growing up in Highland Park in the early 1940s, Kenneth Bonnell heard that any Black person found after dark in Glendale would be arrested, he said in a letter to The Times in 1987.

Working for a title company in Los Angeles County after World War II, Bonnell said, he was well acquainted with housing deeds that restricted homeownership in Glendale to white people. “The people who moved to Glendale at that time to bask in its lily white image produced children whose views reflected their own and who still live in Glendale,” he wrote.

The letter was published less than two weeks after a meeting by a white supremacist group in Glendale nearly spurred a riot.

Glendale joins La Crosse, Wis., and Goshen, Ind., as the only cities in the United States to pledge to transcend their racist past, Loewen said.

Peterson says this is an important initial step.

“Diversity, equity and inclusion are important,” she said. “But before we can even get to that discussion, we need to first acknowledge the role that Glendale played, as far as harm that it caused to people of color and Black people in this community, by being a sundown town.”

The resolution, adopted unanimously last month by the City Council, arrived after an international outcry after the killing of George Floyd, a Black Minneapolis man, at the hands of white police officers in May. Protests demanding recognition and change of racist policing and policies broke out in Los Angeles County, mirroring action across the country. More than 1,500 demonstrators marched to Glendale City Hall on June 7 in solidarity with the Black Lives Matter movement.

Glendale’s apology “is emblematic of the desire in this present moment of national reckoning with our past racism, to look at our behavior, our past — whether we are cities or institutions of higher education — and say, ‘What was our complicity in this?’ ” said Laura E. Gómez, director of UCLA School of Law’s Critical Race Studies Program.

“I think it’s a really positive thing,” she said, “but it is definitely part of this larger trend.”

Although Glendale officials did not find any explicit sundown laws on the city’s books, they said there was other evidence of the practice, including incidents of police escorting people of color outside the city limits, according to a report from Christine Powers, an analyst for the city of Glendale.

The city also has historical ties to white supremacy groups. The Ku Klux Klan was active from the 1920s until the 1960s. The American Nazi Party established its headquarters in Glendale in the 1960s, and it operated there until it was run out of town in the late 1970s.

But Harris-Ligons said you don’t need to search any history books to find examples of racism in the city. She described racist interactions with apartment owners and at local schools as “residuals of being a sundown town.”

“To me, this resolution symbolizes shifting your mind-set and shifting your consciousness about inclusivity and acknowledging that there are other people in Glendale,” she said.

A century ago, Glendale’s Black population was 0.2%, according to Powers’ report. Today it is still under 2%.

One way the city can start to make amends is by increasing the number of Black people it hires, Peterson said. From 2003 to 2016, there was a 12% decrease in Black employees. Among Asian and Latino employees, there has been a 5% increase. And there has been a 62% increase in employees of Armenian heritage during that time, Peterson said, saying that was probably done to address a time when Armenians were not represented in city jobs, despite Glendale having a large ethnically Armenian community.

Discriminatory practices often persist in a city, whatever the local laws say, Loewen said. Despite the passage of the Civil Rights Act of 1964, many restaurants and motels in the northern U.S. would not serve Black customers into the 1980s and 1990s, or might make one-time exceptions to avoid punishment, he said.

That’s in part because the laws are not always enforced.

“The federal government just responds to pressure and cases brought to it,” Loewen said. In places with small Black populations, “there’s no way to mount a consistent pressure against sundown towns because there’s no Black residents there to mount it.”

Taylor, who launched an art project around a midcentury guidebook geared toward Black road-trippers called the “Negro Motorist Green Book,” told The Times in 2016 that the West was sometimes more dangerous because of a dearth of Black people and ambiguity about tolerance.

“Westerners tend to be pretty delusional about issues of race sometimes,” she said. “We demonize the Jim Crow South. But in some regards, people there were sometimes safer because there were clear signs. You knew where you could and couldn’t be. If you traveled to the North or the West and you sat down in a restaurant, you could sit for an hour and nobody would come to you.”

Now that Glendale’s resolution is on the books, Harris-Ligons said she wants to see action.

“This is about not just declaring it, but doing the work,” she said.

City Councilman Dan Brotman said the city is applying the new pledge as it seeks to hire a city manager. The Coalition for an Anti-Racist Glendale wrote to city officials saying they need to find someone who embodies anti-racist values.

“It’s already become something that we have to be accountable for,” Brotman said.

Loewen said he thought the resolution, while symbolic, could portend change.

“Once you do something like Glendale did, I think it’s harder to have an all-white police force and have that kind of rhetoric and so on,” Loewen said. “It’s important for Glendale. And I also do think it’s important as an example.”

The city has previously taken stands on controversial international issues. One of its parks features a statue honoring Korean “comfort women,” who were forced to serve in Japanese military brothels during World War II. City officials have long pushed for recognition of the Armenian genocide. Most recently, Glendale announced its support for Armenia in a reignited war with Azerbaijan over a contested border region.

Recognizing its own “dark past … puts us in a better moral position when we point to other historic crimes,” Brotman said. “It’s kind of hard to do that when you’re not willing to look at yourself.”