LAUSD feeding students, and many others 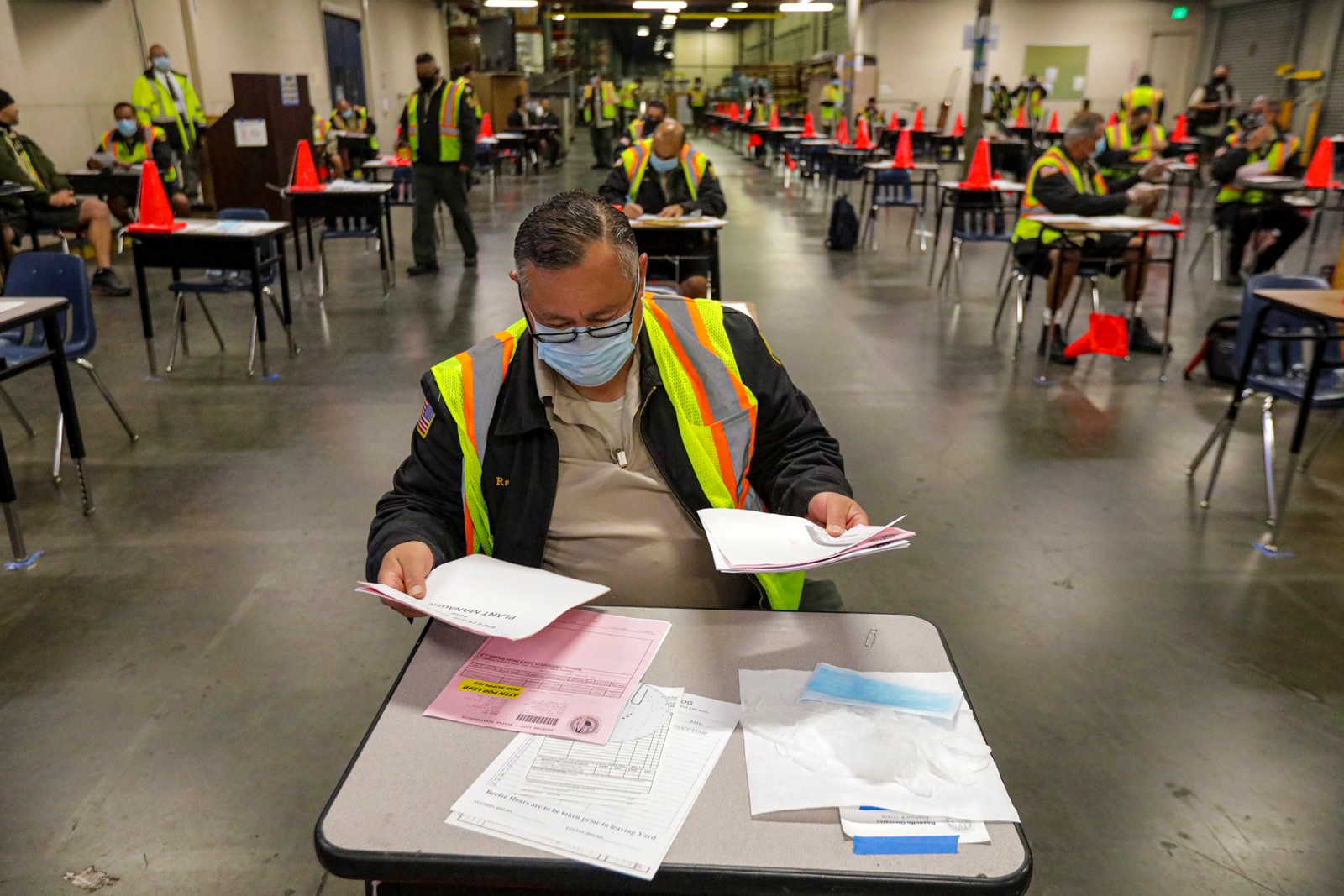 TRUCK DRIVER Ray Gonzalez tends to paperwork at the Procurement Services Center before heading out to deliver food to LAUSD distribution sites. () 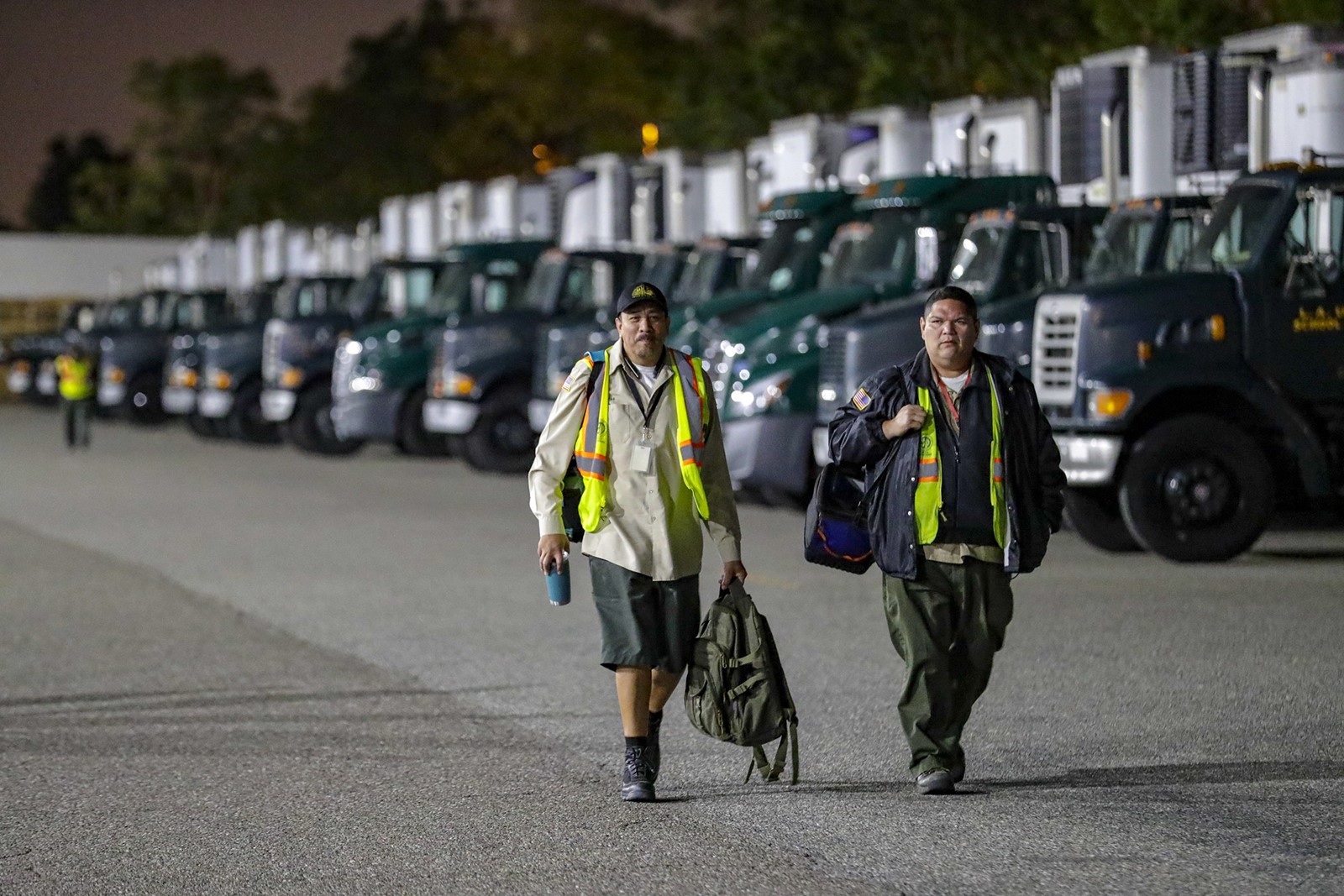 PAT CABADA, left, and Jose Gomez arrive before dawn to deliver truckloads of food, a partnership among the district, the Red Cross and a regional food bank. () 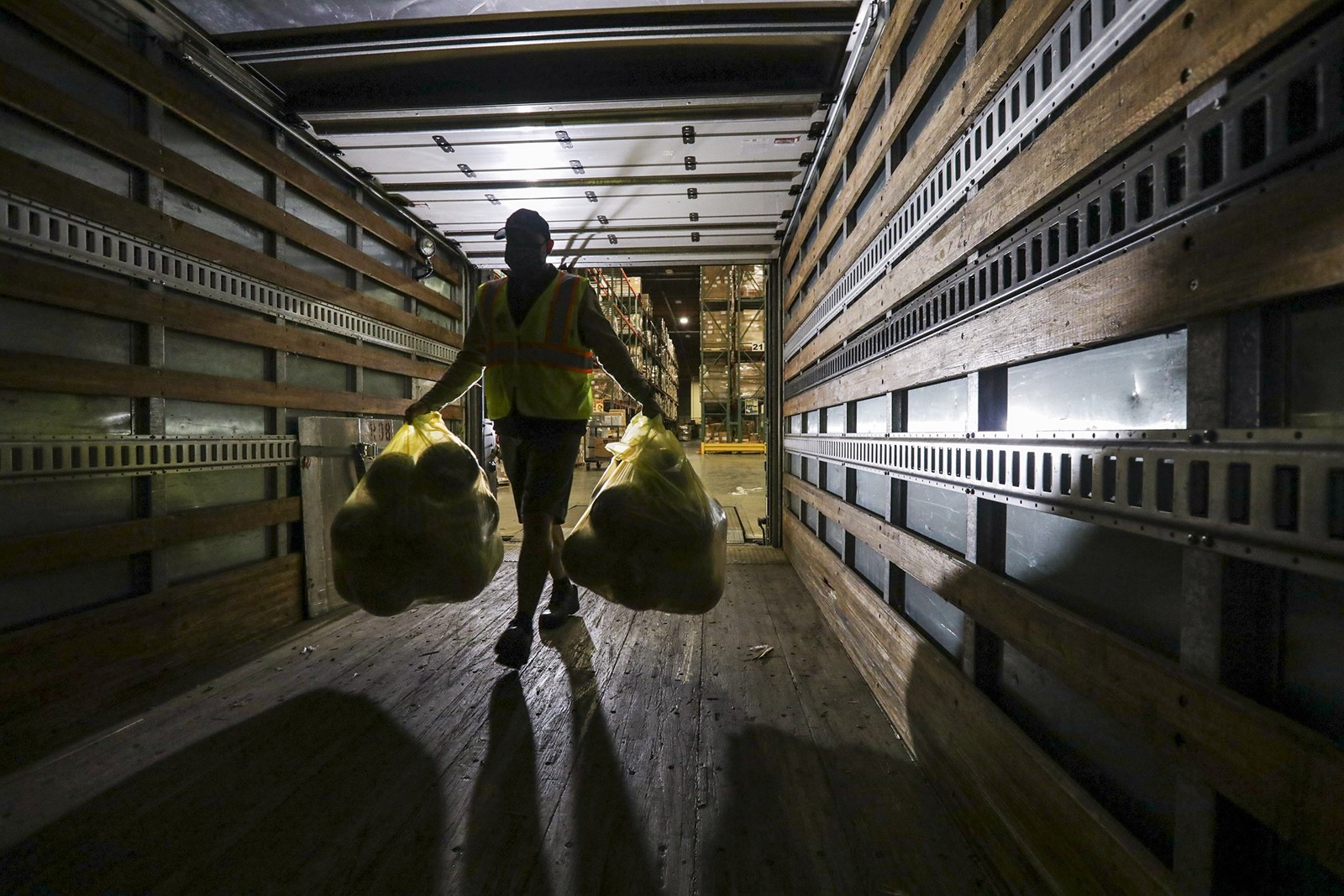 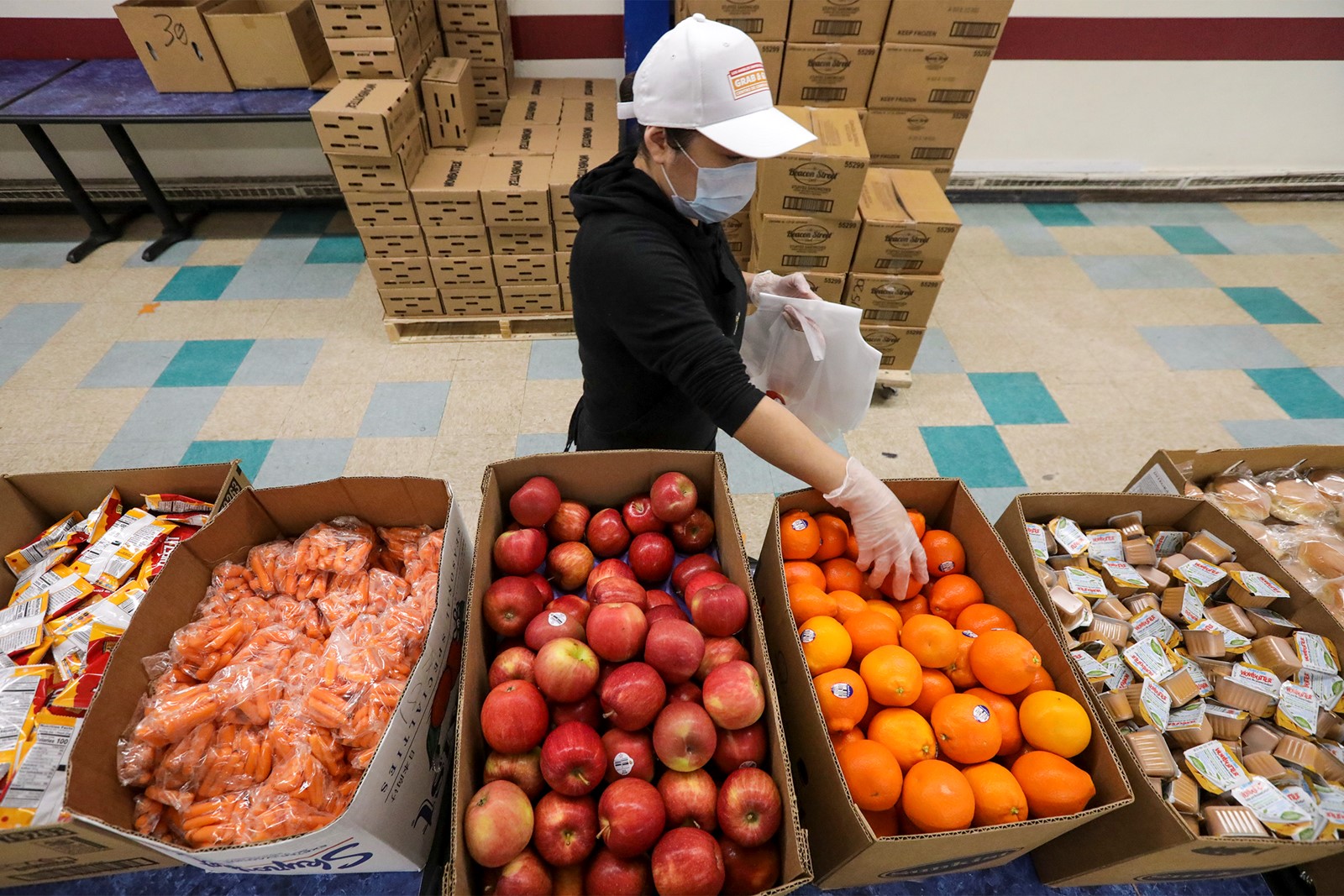 A DISTRICT worker prepares food bags to be handed out at Garfield High School, one of 63 school distribution sites. () 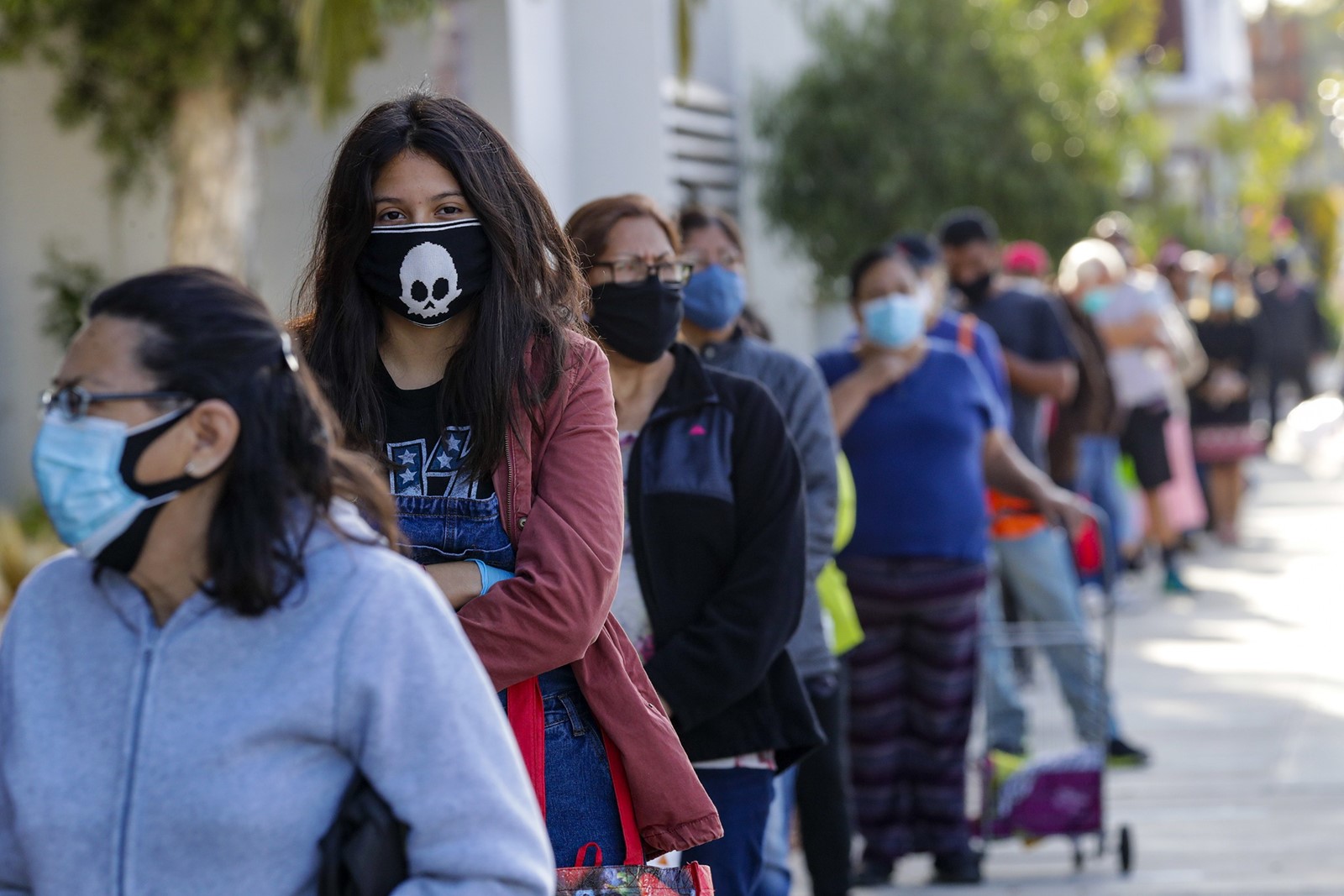 PEOPLE LINE UP for food distribution at Garfield High. LAUSD has given away 10 million meals since March 18. () 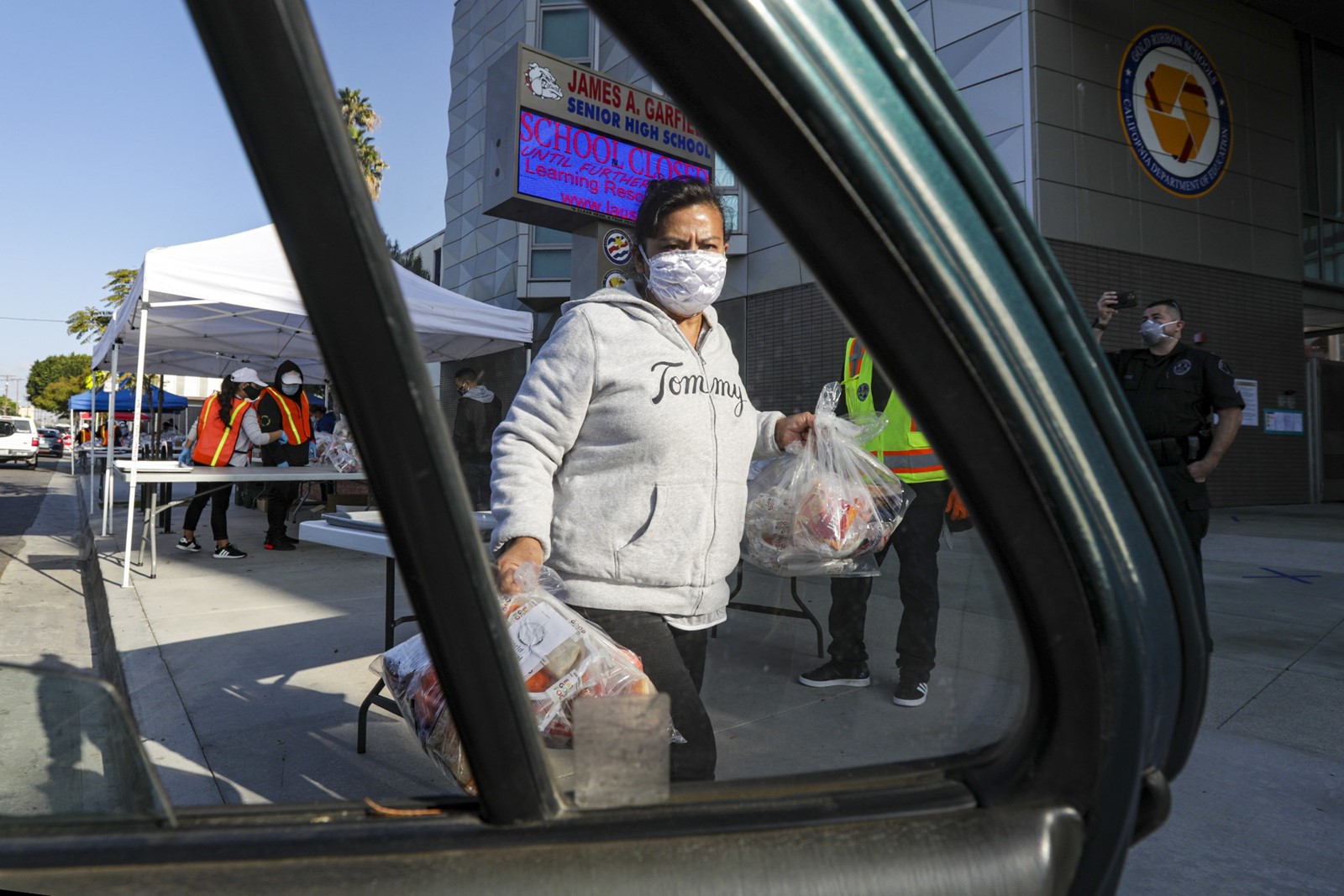 THE SCHOOL district spends about $2 million a day providing food to needy residents during the pandemic — about $40 million so far. ()
PREVIOUS IMAGE

Although campuses are closed, the Los Angeles school district has become the largest distributor of meals for the hungry in the state, giving food not only to students, but to anyone who shows up — no questions asked, except: How much do you need?

The mammoth operation has given out about 10 million “grab-and-go” meals since March 18 from 63 campuses in the sprawling Los Angeles Unified School District, partnering with the Red Cross and the regional food bank.

In one day more than 26,000 gallons of milk, 219,000 cereal boxes, 27,525 pounds of carrots, 50 tons of fruit and countless turkey sausages will be given away, a nearly round-the-clock effort that begins in warehouses and ends in ever-growing lines.

Morning drop-off lanes have been transformed into food pickup drive-throughs that can stretch more than half a mile. Families stand clustered outside campuses in walk-up lines, spaced six feet apart by cones. L.A. Unified is spending more than $2 million per day in food costs — about $40 million so far, funds it believes will be reimbursed by the federal government.

“This is a community in crisis,” said Los Angeles schools Supt. Austin Beutner. “Anyone who arrives looking for food — we’re assuming needs the food — and we’re going to provide it.”