The president lashes out at his critics

a deepening agitation over recent events. 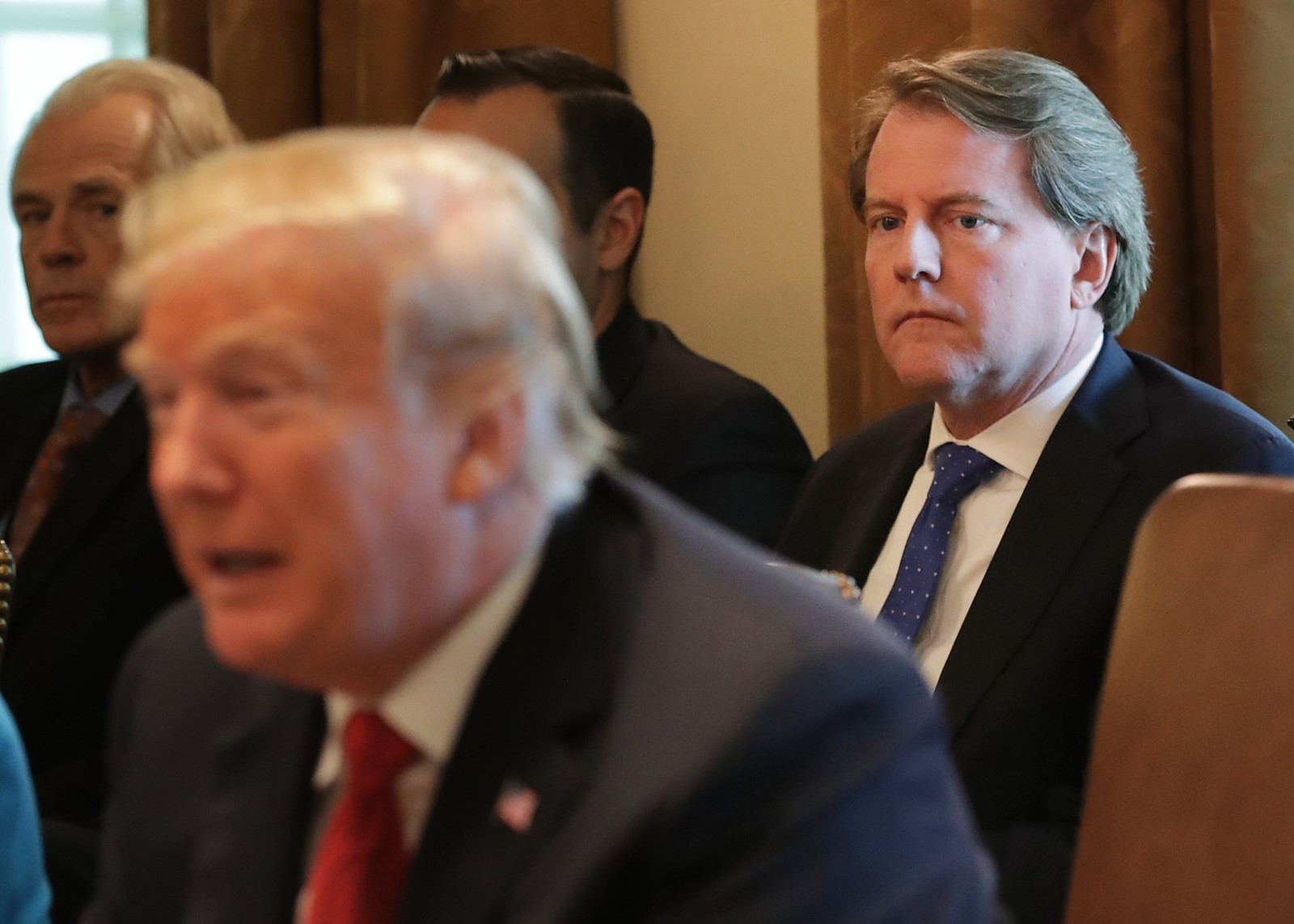 Just days after claiming exoneration by the redacted special counsel report into Russian intervention in the 2016 election, President Trump is back to playing the victim.

For a second straight day, the president remained inside the White House — his relatively light schedule allowing ample time for television and Twitter.

On Tuesday morning, Trump lashed out at a number of news organizations with incendiary and mostly false claims. He demanded an apology “on their knees” from the New York Times, mocked two cable show hosts by name, accused Twitter of limiting his followers and claimed that Democrats and the “Fake News Media … have gone totally insane.”

It wasn’t the vitriol that was noteworthy so much as the volume, with the president punching out 50 tweets or retweets in a 24-hour span, telegraphing his deepening agitation even as he claims he’s unruffled by recent events.

The belligerence was reminiscent of other days when Trump channeled his frustration into a barrage of 280-character bursts, such as a rainy Sunday in January, during the 35-day government shutdown, when alone in the White House he banged out 40 tweets.

Beyond tweeting at a breakneck pace, Trump held his only newsworthy meeting of the day with the man who created his favorite social media platform, Twitter Chief Executive Jack Dorsey.

Trump disclosed the meeting, which had not been listed on his official public schedule, in a tweet.

“Lots of subjects discussed regarding their platform, and the world of social media in general,” Trump wrote after the meeting. “Look forward to keeping an open dialogue!”

Most of the morning’s tweets, fired off in rapid succession as the president offered his real-time reactions to cable news, were laden less with gratitude than grievance.

In one, Trump suggested that the country’s strong economy should inoculate him from media scrutiny and pointed vaguely — and inaccurately — to recent history as proof.

“In the ‘old days’ if you were president and you had a good economy, you were basically immune from criticism,” Trump tweeted. “Remember, ‘It’s the economy stupid.’ Today I have, as president, perhaps the greatest economy in history ... and to the Mainstream Media, it means NOTHING. But it will!”

President Clinton, who was twice elected by focusing on the economy, was impeached by the House in 1998 despite overseeing a prolonged economic boom. He was acquitted in the Senate and served out his term.

Trump also tweeted about his scheduled rally Saturday night in Green Bay, Wis., which will take place at the same time as the annual White House Correspondents Assn. dinner in Washington, an event he has refused to attend since taking office.

Later, Trump ordered all administration officials to boycott the annual fundraising gala, which hundreds of Washington reporters and guests will attend.

Trump said Monday he was “not even a little bit” concerned that some Democrats had called for impeachment hearings in light of disclosures in the final report by special counsel Robert S. Mueller III that indicated Trump repeatedly sought to impede the Russia investigation.

But his extended online outburst Tuesday indicates otherwise, as a new poll showed Trump’s net approval rating dip to the lowest point of his presidency since the Mueller report’s release on Thursday.

According to two administration officials, Trump is angry at former White House Counsel Don McGahn, who was cited 157 times in Mueller’s report and whose testimony provided the most damaging evidence of the president’s attempts to obstruct the investigation — most notably, his repeated instructions to McGahn to fire Mueller in June 2017.

Trump, eager to lift the cloud of investigations that has overshadowed his entire presidency, is also upset about Democrats’ plans to call both McGahn and Mueller to Capitol Hill to testify publicly next month.

After returning from a golf weekend at his resort in Florida on Sunday, Trump has largely been watching TV, speaking with friends and outside advisors by phone, and raging about media reports that continue to fixate on the Mueller report and the rising specter of impeachment.

A Trump campaign advisor, who spoke on condition of anonymity, acknowledged that Trump was “mad as hell” about fallout from the Mueller report and “frustrated” that Atty. Gen. William Barr’s effort to spin the report’s conclusions in a favorable light prior to its actual release last week didn’t do more to affect the coverage.

But the media’s continued focus on the Mueller report has offered Trump plenty of grist for his efforts to shift from a defensive posture into attack mode.

“The media is so desperate to malign Trump, they can’t accept what the people accept: Trump is a deeply flawed man — but also the disruptor and fighter America needed,” the advisor said.

Trump did offer one positive comment Tuesday. He praised his son-in-law and senior advisor, Jared Kushner, after cable TV broadcast parts of an interview Kushner gave at a Time magazine event in New York.

“Great interview by Jared,” he tweeted. “Nice to have extraordinarily smart people serving our country!”