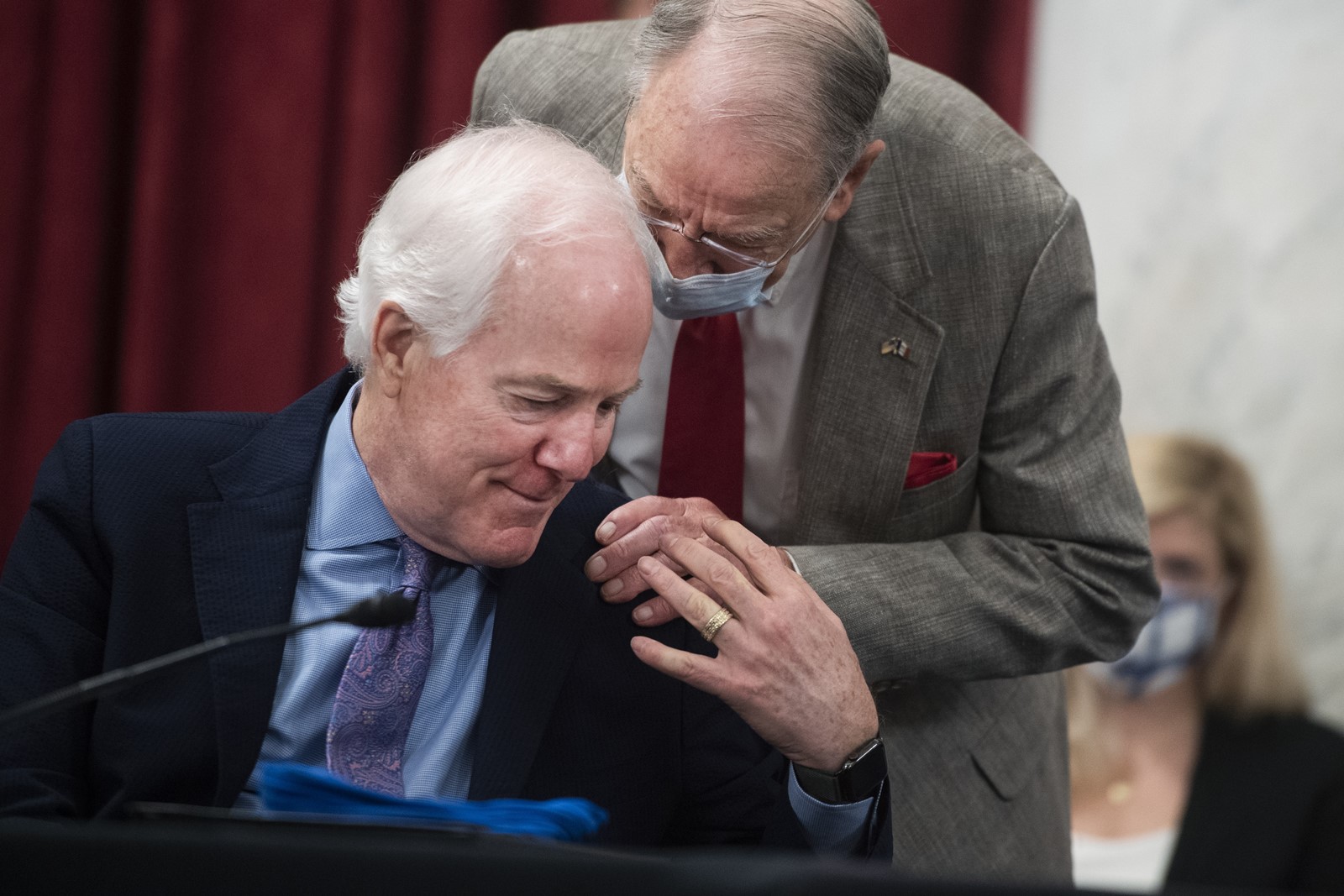 A day after they made clear they don’t support convicting former President Trump in next month’s impeachment trial, Republican senators showed scant interest in censuring or reprimanding him in any way for his role in inciting the mob that stormed the U.S. Capitol.

In interviews this week, several Republicans said they see no need to formally condemn Trump’s actions, a sign of the former president’s enduring support from elected Republicans. The trial, suggested Sen. Charles E. Grassley of Iowa, the longest-serving Republican, is punishment enough.

“If you go this path and he survives it, why do something else?” Grassley said. If censure “was going to be a legitimate proposition, it should’ve been as an alternative to this.”

The sentiment among many Senate Republicans is that Democrats’ decision to impeach Trump and try him in the Senate eliminates the option of a censure. “They’ve chosen to go with the nu-clear option, and I think they’re going to have to live with the consequences of their choice,” said Sen. John Cornyn (R-Texas).

In the days immediately following the riot that left at least five people dead, Republicans cast blame on Trump for his role in stirring up the crowd at a rally down the street from the Capitol and for not responding quickly enough once security barriers on Capitol Hill were breached.

Some Republicans speculated that the riot might mark the deepest fissure yet between the GOP establishment and the president, particularly since Trump was soon to leave office and was banned by Twitter, eliminating the threat he posed by firing off messages against fellow Republicans who opposed him.

Then-Senate Majority Leader Mitch McConnell (R-Ky.), who for years had backed Trump, surprised many by saying he would listen to arguments at trial, a quiet way of signaling he was open to conviction.

But three weeks later, the GOP recoil has largely sprung back to the strained but enduring position it held during much of Trump’s term: slight rebuke, but no significant repercussions. Republicans still say Trump bears responsibility, but they are satisfied with limiting their displeasure to statements.

There are risks to such a position if voters want elected officials to hold the former president responsible for the riot, a judgment that may not become clear until the 2022 midterm election, with control of the House and Senate at stake.

The only Republican who has publicly suggested supporting a censure is Sen. Susan Collins (R-Maine), who is working with Sen. Tim Kaine (D-Va.) as he drafts such a resolution. Kaine said it would bar Trump from holding office in the future based on the 14th Amendment’s provision that says no public official who has taken an oath to uphold the Constitution can hold office if he or she has engaged in an insurrection against it.

But that effort is running into opposition. Kaine says he will move forward with it only if there are 10 Republican votes. Also, the proposal would be an alternative to a trial, a sacrifice Senate Majority Leader Charles E. Schumer (D-N.Y.) appears unwilling to make. Schumer has repeatedly said Trump has to stand trial and the public needs to hear the details of his actions.

Other Democrats agree. Sen. Joe Manchin III of West Virginia, one of the most conservative Democrats in the Senate, said, “This is much, much more serious than anything we’ve ever seen in our lifetime, and it’s really the purpose of having articles of impeachment in the Constitution.”

Collins views the censure option as the only reasonable way in which Trump may be held accountable.

“The five votes to even proceed to a trial are probably the high mark for what you’re going to see for Republican support,” she said. “So it seems to me that there is some value in looking at an alternative to proceeding with the trial.”