Attorney general’s letter says Trump did not commit a crime after Mueller’s finding. 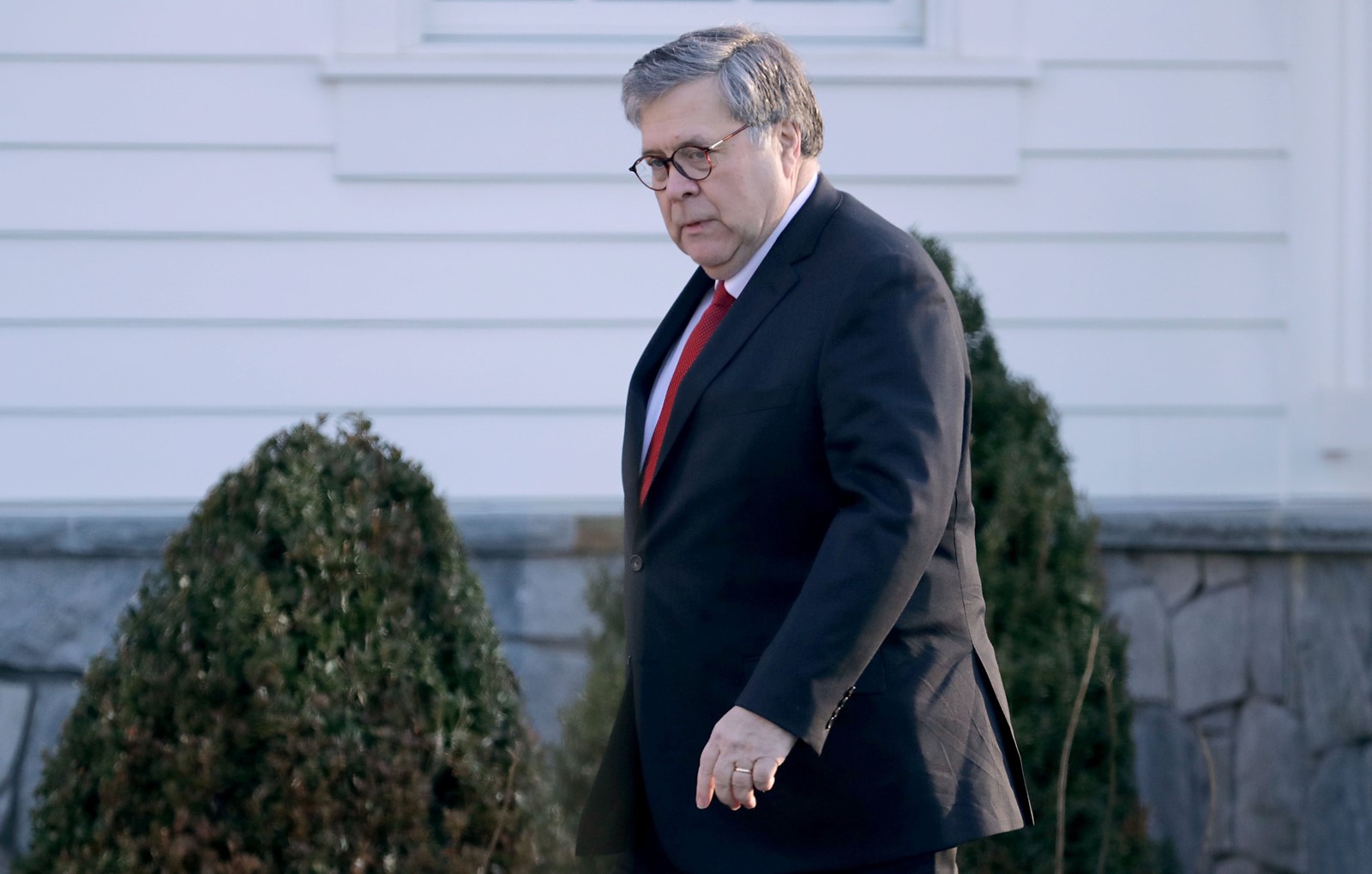 Months before William Barr was nominated by President Trump to serve as attorney general, he sent the Justice Department and the White House an unsolicited memo criticizing the investigation into whether the president had illegally obstructed the Russia investigation.

Maybe a president could obstruct justice by destroying evidence or tampering with a witness, Barr wrote in his memo, but it wasn’t appropriate for special counsel Robert S. Mueller III to question how Trump used his constitutional authority to take actions such as firing an FBI director.

That was an unsurprising view from Barr, 68, who previously served as the nation’s top lawman under George H.W. Bush and has long held an expansive view of presidential authority.

It’s also one that he was able to put to use again over the weekend. Back at the Justice Department’s helm as Trump’s replacement for Jeff Sessions, Barr played a key role in reviewing Mueller’s confidential report on his nearly two-year investigation into Russian election interference and obstruction of justice.

Although Mueller concluded there was no evidence of a conspiracy between Trump’s campaign and Moscow, he stopped short of deciding whether the president might have committed a crime by trying to interfere with the investigation.

Barr had no such qualms about making a determination. In consultation with Deputy Atty. Gen. Rod Rosenstein — but not with Mueller — Barr wrote to Congress that the facts did not show that Trump obstructed justice.

However, instead of serving as the final word on the issue, Barr’s letter is breeding a new series of questions and controversies:

What was the evidence of obstruction that Mueller considered? Did Mueller intend for the attorney general to reach his own determination? How did Barr decide whether Trump was acting with corrupt intent? And did the president take other actions to influence the investigation that have not yet been made public?

“It convinced me that we really needed to see the report,” said Susan Low Bloch, a Georgetown University law professor.

Barr has promised to continue reviewing Mueller’s confidential report, which was submitted on Friday, and make more information available to Congress. But until then, his four-page letter has given Trump a head start to make exaggerated claims that he’s been fully exonerated.

In fact, according to one of the few snippets from the special counsel’s report that Barr quoted in his letter, Mueller wrote that “while this report does not conclude that the President committed a crime, it also does not exonerate him.”

He appointed and supervised Mueller, meaning he was intimately familiar with the special counsel’s investigation.

He also participated in Trump’s decision to fire James B. Comey as FBI director, one of the key episodes that was considered as part of the obstruction case.

Rosenstein wrote a memo justifying the firing, saying the investigation into Hillary Clinton’s private email server had been mishandled, only to have Trump reveal that he had already planned to remove Comey because of the Russia investigation.

Despite Rosenstein’s role, Barr is the central figure in the conclusion of Mueller’s work, and he is likely to face withering scrutiny in the coming days and weeks.

The House and Senate Judiciary committees — the first chaired by Rep. Jerrold Nadler, a New York Democrat, and the latter by Sen. Lindsey Graham, a South Carolina Republican — plan to call him to testify.

His unsolicited memo from last year became an issue during his recent confirmation hearings, and Democrats are already pointing to it again as evidence that he can’t be trusted to evaluate Mueller’s findings.

Although Barr and Mueller are longtime friends, Barr wrote the memo casting doubt on the special counsel’s work regarding possible obstruction charges.

“Mueller’s obstruction theory is fatally misconceived,” he wrote, saying he feared that in questioning Trump’s decision to fire Comey, the special counsel was taking an overly limited view of presidential authority. The idea that a president could be accused of committing a crime by firing a subordinate officer “would do lasting damage to the Presidency,” he wrote.

Nadler accused Barr of having “auditioned for his role with an open memorandum suggesting that the obstruction investigation was unconscionable,” and he accused him of using “questionable legal arguments” in his letter.

Barr’s decision to clear the president of the obstruction allegations was greatly assisted by Mueller’s inability to demonstrate the existence of a conspiracy between Trump’s associates and Moscow.

An obstruction case is considered to be stronger if the person is also charged with committing an underlying criminal offense.

In Trump’s case, Barr noted that in his report, Mueller said the “investigation did not establish that members of the Trump Campaign conspired or coordinated with the Russian government in its election interference activities.”

The lack of an underlying crime “bears upon the President’s intent with respect to obstruction,” Barr wrote.

“It isn’t easy to build an obstruction case against yourself when there isn’t an underlying crime,” he said. “But Trump made an impressive effort.”

More questions about presidential powers and how they’re wielded by Trump could be on the horizon. Trump has repeatedly said that some people charged by the special counsel’s office were treated unfairly, and he could move to pardon them.

“Haven’t thought about it,” Trump insisted Monday when asked by reporters at the White House.

Trump’s lawyer, Rudolph W. Giuliani, said in a brief interview Monday that “I have not talked about pardons with the president in I don’t know how long.”

Trump has previously said he felt “very badly” for Paul Manafort, his former campaign chairman who was sentenced to 7½ years in prison for financial crimes and conspiracy, and the president accused prosecutors of having “ruined the life” of Michael Flynn, his first national security advisor who pleaded guilty to lying about his conversations with the Russian ambassador.

Some of Trump’s allies suggested the president should hold off on wiping felonies from his former associates’ records.

“If President Trump pardoned anybody in his orbit, it would not play well,” Graham said during a Capitol Hill news conference on Monday.

But if Trump wanted to issue pardons, he would probably find a firm supporter in Barr.

When Barr was Bush’s attorney general, the president, shortly before leaving office, pardoned several people who had been convicted or charged in the Reagan administration’s Iran-Contra scandal, which involved illegally selling weapons to Iran and using some of the proceeds to fund rebel groups in Nicaragua.