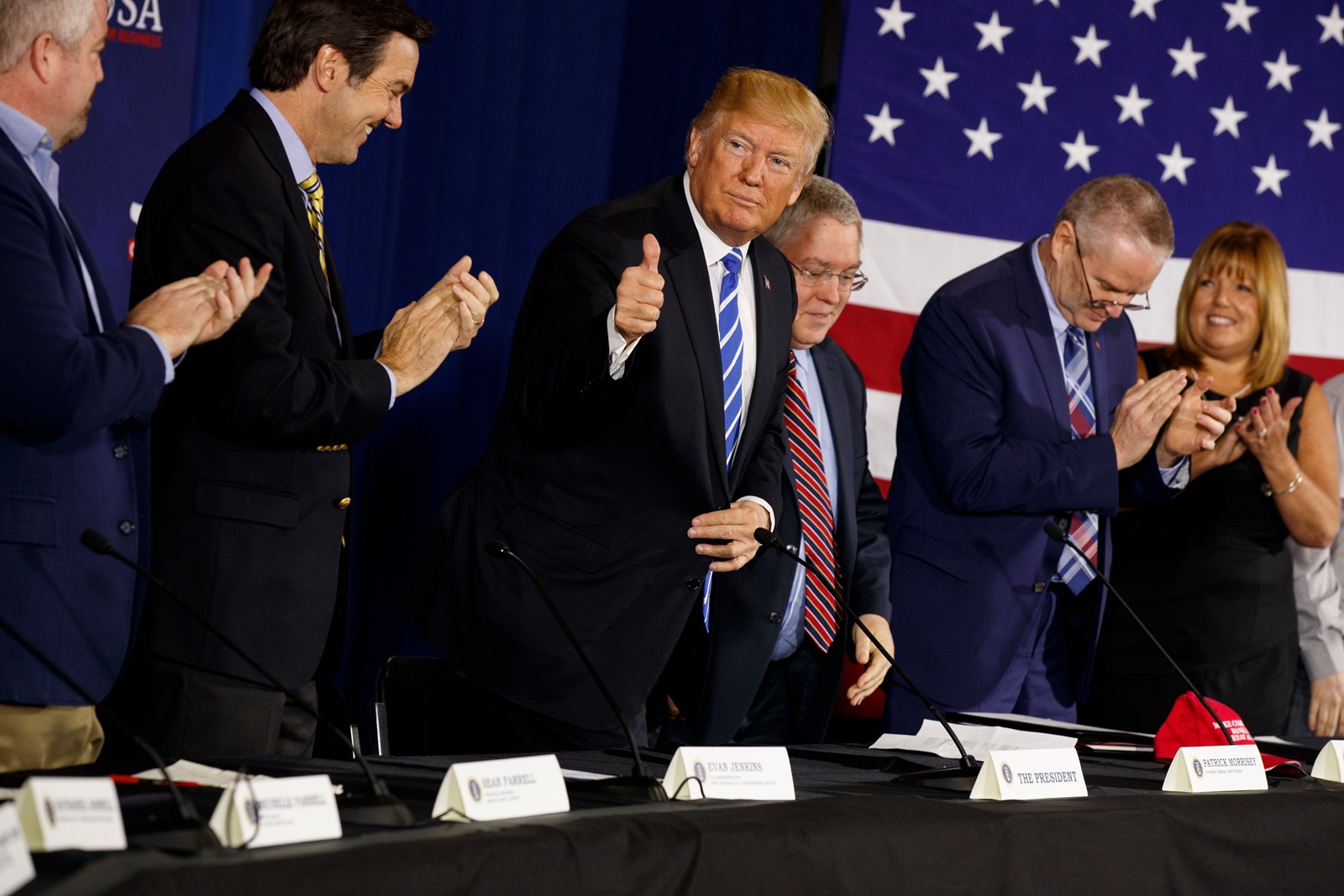 CONFUSION has followed the president’s claim of a record number of rapes among migrants in Mexico. (Evan Vucci Associated Press)
PREVIOUS IMAGE

Once again, President Trump has talked about rapists in Mexico, and left consternation and confusion in his wake.

At an event in White Sulphur Springs, W.Va., Trump called for tighter control of the nation’s southern border and reminded his audience that when he announced his presidential candidacy in 2015 he had called Mexican immigrants “rapists.”

“Everybody said, ‘Oh, he was so tough,’ and I used the word ‘rape,’ ” Trump said Thursday. “And yesterday, it came out where, this journey coming up, women are raped at levels that nobody has ever seen before. They don’t want to mention that.”

Trump’s 2015 words sparked outrage among his opponents and kicked off a campaign replete with racially charged references.

This time, it was not clear whether Trump’s reference to “this journey coming up” suggested a record number of rapes in the highly publicized caravan of Central Americans making its way north through Mexico or in migrants’ trips through that country generally.

Trump has sharply criticized the caravan for days, and threatened to rescind the North American Free Trade Agreement if Mexican authorities failed to disband the group and prevent immigrants from reaching the United States.

Asked Friday about his statement, Press Secretary Sarah Huckabee Sanders suggested that Trump’s comment about a record number of rapes may have come from a Los Angeles Times article. “There was a story, I believe it was the L.A. Times, that documented some of that,” she said.

Sanders did not immediately respond to an inquiry about which specific story she meant to cite. But the story she appeared to refer to said only that “robberies, rapes and assaults — perpetrated by smugglers, cartel members and Mexican immigration agents — are common,” and have been for decades, among those trying to cross the border.

The caravan was formed in part to provide safety in numbers for the immigrants. Kate Linthicum, a Times reporter who covered the caravan, described it as peaceful and family-oriented, with about 300 children among its members. She noted that women who are part of the caravan praised it as a much safer alternative to traveling alone or with smugglers.

The possible theft of a few cellphones was the only crime alleged, she said.