Trump’s proposal is long on rhetoric and short on concrete steps to lower costs. 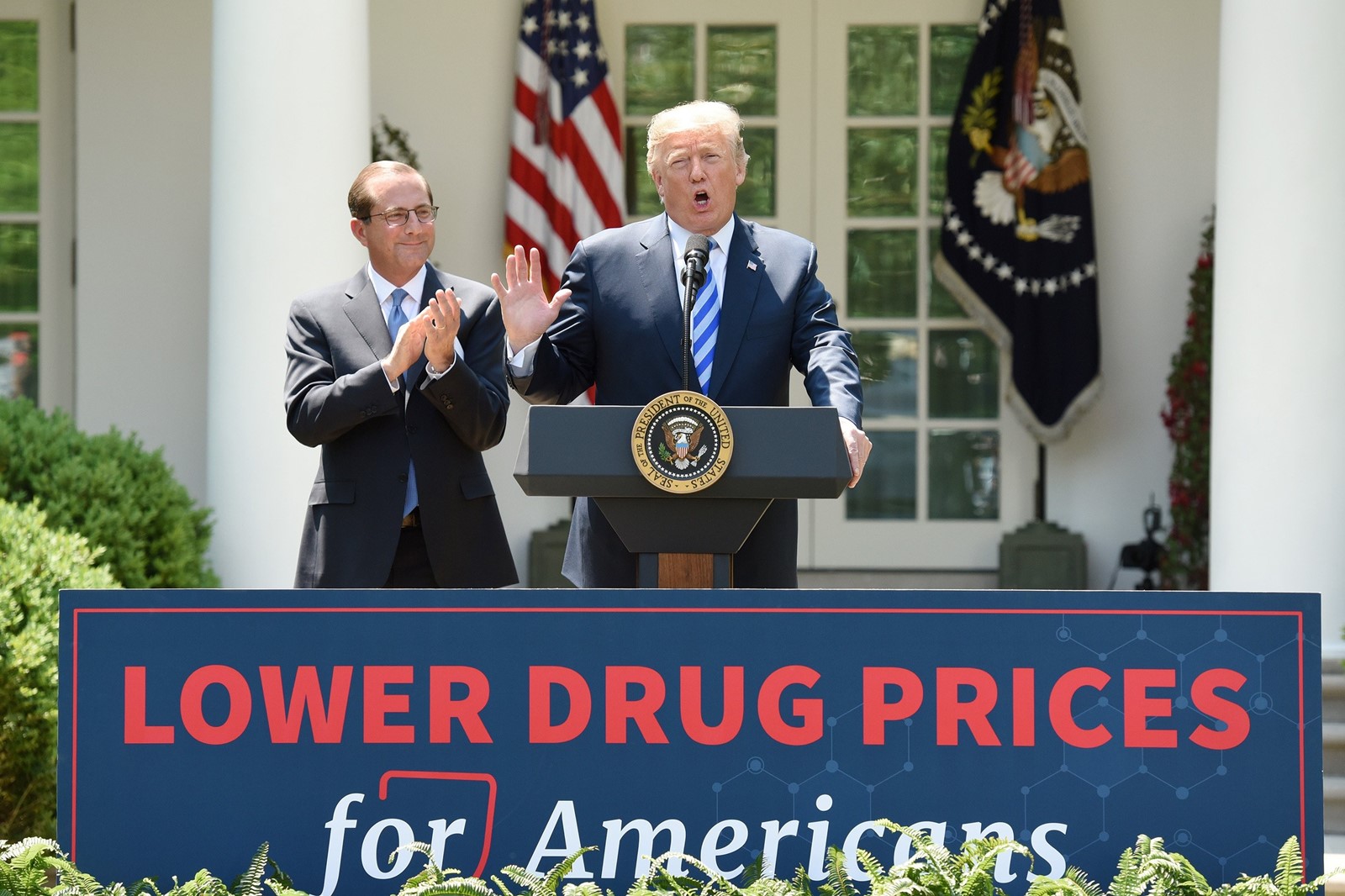 But the president stopped well short of backing any major new effort to use the federal government’s power to negotiate lower prices for patients, a strategy he endorsed as a candidate and one broadly used by most industrialized nations.

And though Trump used sweeping rhetoric to attack drug makers, insurers and others he said were fleecing patients, his plan committed to few concrete actions that would immediately challenge the industry.

“What Trump laid out is policy that Big Pharma can love,” said Robert Weissman, president of the advocacy group Public Citizen. “Trump abandoned his campaign commitment to Medicare Part D negotiation … and shamefully aims to beat up on other countries to make them pay more.”

The blueprint includes a series of proposals that the Trump administration says it will study or evaluate, such as possibly requiring pharmaceutical makers to list drug prices in television ads or giving Medicare Part D drug plans more leeway to adjust which drugs they cover.

Even Trump’s tough talk about going after other nations that negotiate lower prices for their citizens — which the president labeled “freeloading” — was accompanied only by instructions to his negotiators to raise the issue in talks with U.S. trading partners.

The president has faced mounting pressure to confront the skyrocketing prices of prescription drugs, which have become a key driver of rising healthcare costs and a major complaint for millions of American patients.

The federal government projects that spending on retail drugs will increase by 6.3% a year on average over the next decade, outpacing inflation and income growth.

The U.S. already has the highest medical prices in the world, research indicates.

Nearly three-quarters of registered voters said in a recent nationwide poll that they would be more likely to back a congressional candidate this fall who supports bringing down the cost of prescription medications.

That makes drug prices the most pressing healthcare issue in voters’ minds, the poll from the Kaiser Family Foundation found.

As public outrage increases, there are growing calls by patient advocates and others for more government regulation of prices, a practice common in other industrialized countries.

Last fall, a major report by the National Academy of Sciences recommended a slate of aggressive steps, including government intervention to negotiate lower prices for American patients, limits on prescription drug advertising, and new efforts to determine the “value” of drugs by assessing how well they work relative to how much they cost.

But Republicans have consistently opposed such efforts.

Trump has been promising since he took office that he would take on drug makers and make medications more affordable for patients.

And senior administration officials — including Health and Human Services Secretary Alex Azar, who took office in January — have signaled for months that reining in prices would be a top priority.

The administration has been working to speed regulatory approval of generic medications to get these cheaper alternatives to patients more quickly.

And Azar said Friday that the administration was looking to gather information to take more steps. “This is not a one-and-done,” he said.

Trump, meanwhile, promised big results. “We will have tougher negotiation, more competition and much lower prices,” he said. “And it will start to take effect very soon.”

After more than a year of White House rhetoric, however, there is considerable skepticism from not only Democratic politicians but also from many consumer advocates.

And while Trump voiced concern for healthcare affordability Friday, his administration has taken numerous other steps in recent months that patient and consumer advocates say are putting medical care further out of reach for millions.

Two proposed regulations to loosen rules about what benefits health insurance plans must provide will likely drive up the cost of medical care for sicker Americans who need more comprehensive coverage, including prescription drugs.

The Trump administration also continues to advocate hundreds of billions of dollars in funding cuts for state Medicaid programs, which analyses suggest would strip health coverage from tens of millions of Americans, putting prescription drugs further out of reach for these patients.