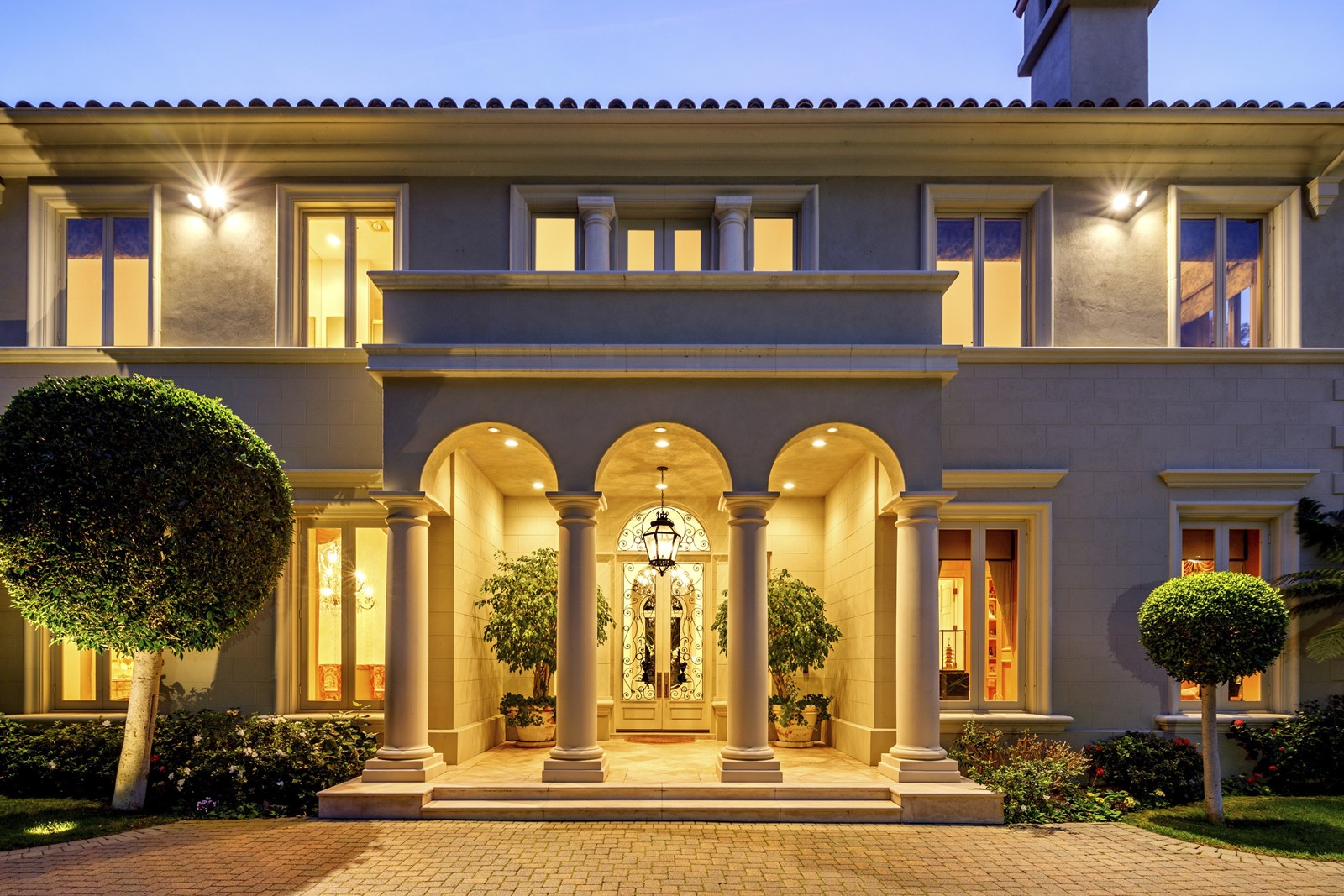 THE BEL-AIR estate of auto titan Lee Iacocca sold for $19.5 million after listing for sale in January at about $26 million. (Photographs byTyler Hogan) 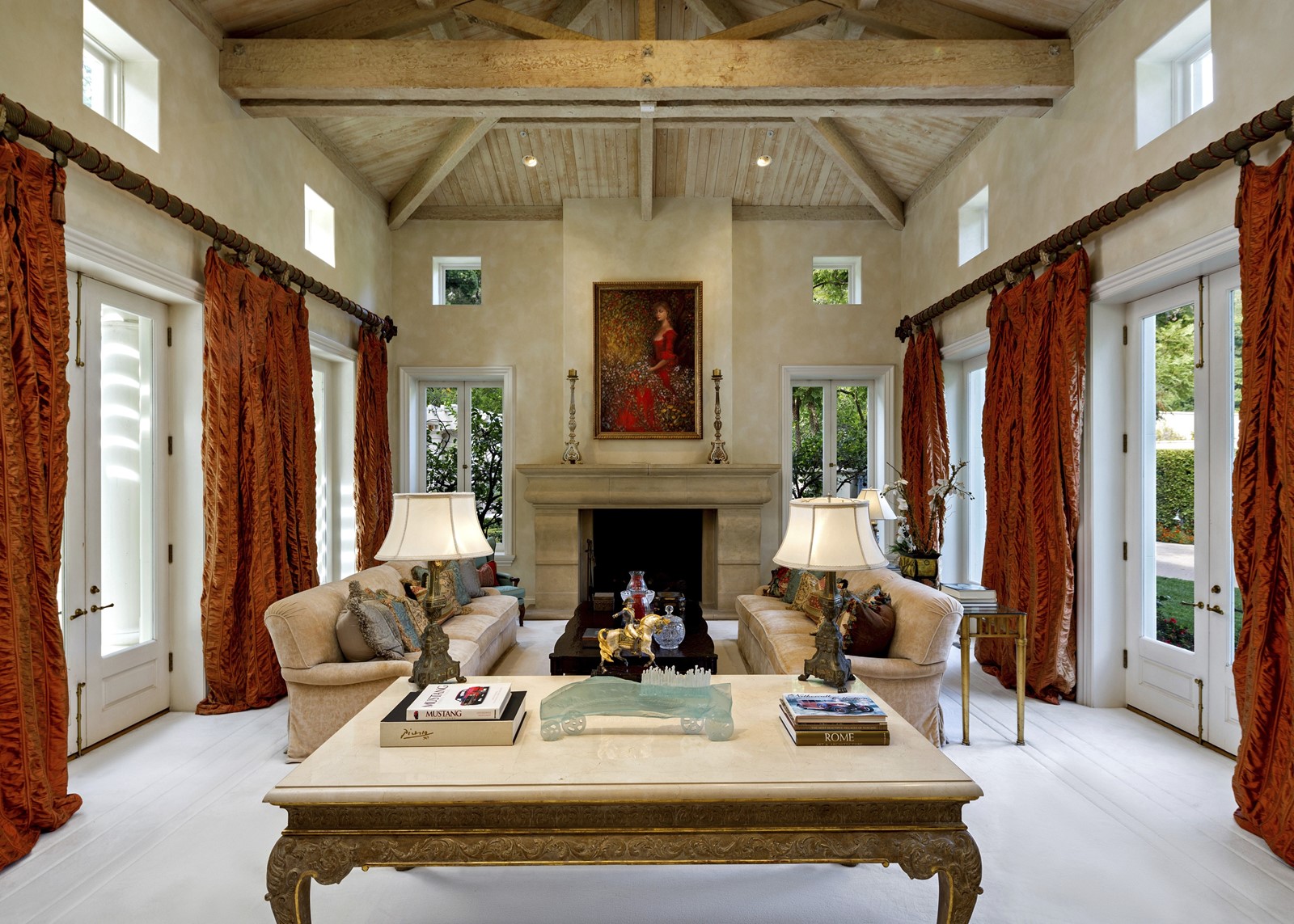 The coronavirus pandemic has done its best to slow life in general, but it wasn’t enough to completely stifle L.A. County’s high-end real estate market. Despite stay-at-home orders and restricted showings, there were eight sales of $10 million or more that closed in April. Of those, two recorded at prices north of $36 million, including the new home of a young makeup mogul.

Real estate documents tied the onetime Georgia Frontiere estate to , but the tech entrepreneur was merely a front for the actual buyer: billionaire , who co-founded Uber.

Tucked away on Bellagio Road, the nearly 2-acre estate has been extensively overhauled and expanded since Frontiere’s days. Measuring some 20,000 square feet, the sprawling mansion has a wine vault finished in limestone, a subdued bar room and a wood-paneled office. Two master suites are among the seven bedrooms and 9.5 bathrooms.

The property first came up for sale in 2019 for $75 million before seeing its price cut to $68 million this year.

Call it the latest accessory for a young makeup mogul. Reality television star and cosmetics entrepreneur , who some believe is the world’s youngest billionaire, cut a very large check for a 15,000-square-foot showplace on North Mapleton Drive.

In recent years, Jenner has emerged as a force to be reckoned with in the real estate scene. The 22-year-old owns multiple homes in gated Hidden Hills as well as a Beverly Hills mansion she bought two years ago with partner Travis Scott. Last year, Jenner became the latest in her family to bag some land in La Quinta after she bought a lot at the Madison Club from Ron Burkle.

Her new compound sits on about an acre with a guest house, a basketball court and some 5,000 square feet of covered patio space. Beyond the minimalist-vibe exterior are designer-done interiors, multiple lounges, bars and game rooms. Including two guest apartments, there are seven bedrooms and 14 bathrooms.

The pandemic proved to be no problem for the Lee Iacocca estate, the longtime residence of the late automobile titan who brought Chrysler Corp. back from the brink of bankruptcy in 1979.

The 1-acre property on Chalon Road entered escrow in March before selling a month later to a trust tied to “Shahs of Sunset” personality and her husband, . It had been listed for $25.999 million.

The Italianate-vibe home, built in 1990, features a grand foyer, a wood-paneled den and a great room. There are five fireplaces, including two in the master retreat. A total of five bedrooms and eight bathrooms includes an apartment for staff.

Rick Hilton and David Kramer of Hilton & Hyland were the listing agents. Kramer and colleague Kevin Anderson represented the buyers.