County reports a 13% increase while city records a 14% jump — before the pandemic. 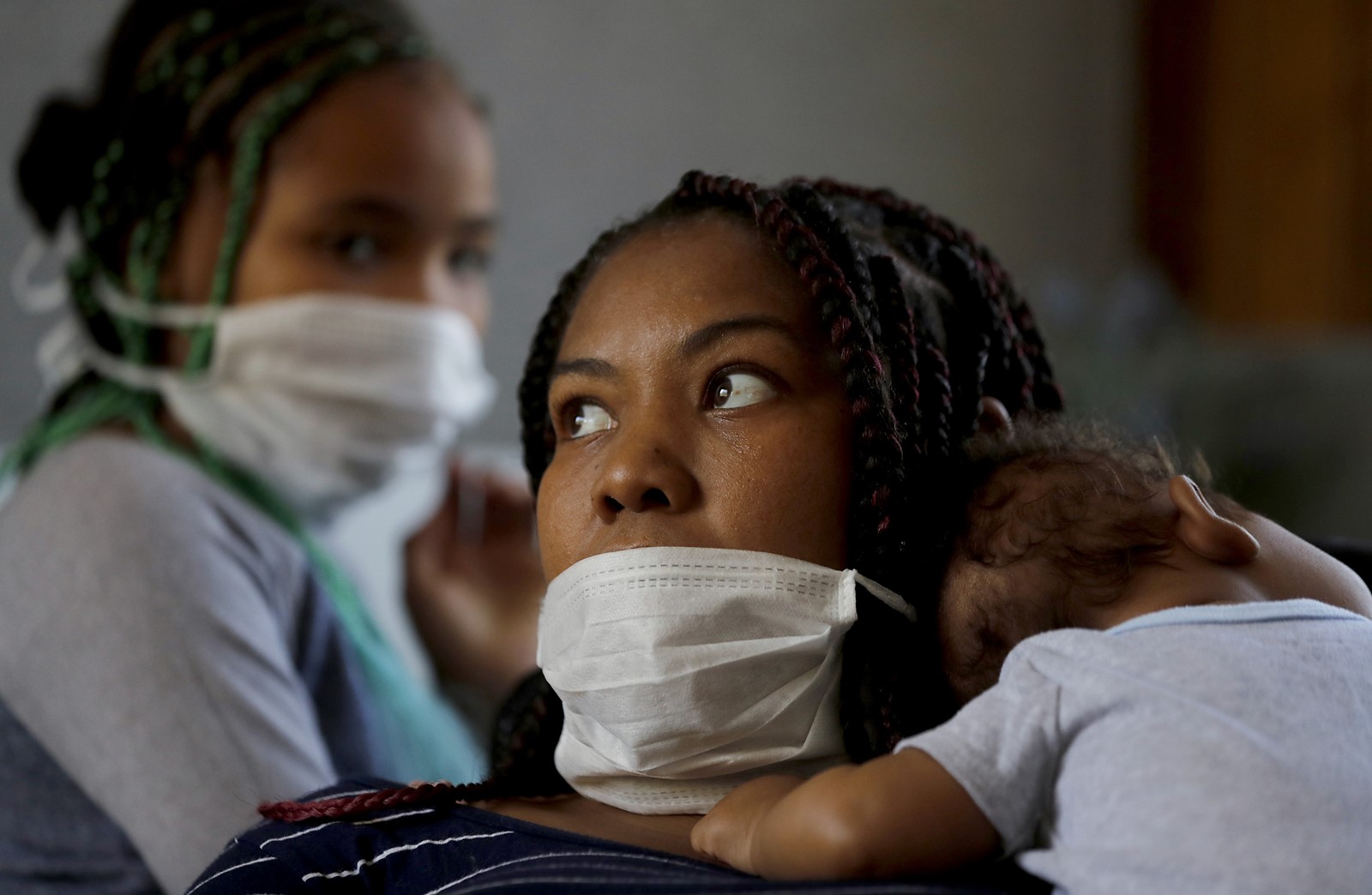 Despite hundreds of millions of dollars spent to curb homelessness, the number of people without a home in Los Angeles grew last year for the fifth time in the last six years, officials announced Friday. And that was before the pandemic.

The double-digit increases reported in both the city and county reflected the status in January, when the annual count is taken, and before the novel coronavirus thrashed the region’s economy, raising the likelihood of a new wave of people losing their homes.

The count “is not that helpful because the whole landscape has changed,” said Los Angeles Homeless Services Authority Executive Director Heidi Marston.

“This doesn’t take into account the almost 600,000 people that, since January, and even just since May, have lost their jobs due to COVID-19,” she said.

The annual point-in-time count released Friday estimated the county’s homeless population at 66,433, up nearly 13% from the prior year, the second consecutive double-digit increase. The estimate for the city was 41,290, up almost 14% and only slightly less than last year’s increase of 16%.

Those dismal numbers highlight the continuing incapacity of the region’s expanding homeless services institutions to get their arms around interwoven crises of affordable housing, income inequality and mental health that are playing out on city and county streets.

“We hate these numbers,” Marston said. “We hate seeing the increases.”

Since January, struggling to prevent the contagion from sweeping through the homeless population, LAHSA, along with the city and county, has rented thousands of beds in hotels and recreation centers to shelter the most medically frail and oldest.

But the number of sheltered pales in comparison with the estimates in academic reports projecting that the explosion in unemployment and the likelihood of looming evictions will probably exacerbate homelessness further.

A recent study from the UCLA Luskin Institute on Inequality and Democracyestimates that 120,000 households in Los Angeles County could become homeless for some period of time once eviction moratoriums are lifted.

“Until America has a right to housing as an entitlement for the truly indigent, we’re not going to solve homelessness in America. Every country that solved homelessness has done that,” Mayor Eric Garcetti said.

Garcetti said the grim numbers “underscore the scope of the problem and needed solutions.”

Still, he said the ability to shelter thousands of people in response to the pandemic has given him some optimism.

“We’ve shown the fastest acceleration I’ve seen in those six months, thanks to finally having a FEMA-like response to homelessness in the face of a pandemic that maybe, just maybe, we’re seeing the scale of what it takes, not just to contain, but to begin to reverse the homelessness.”

One small measure of progress was that both the city and county saw declines in the unsheltered homeless population, which includes those in tents along with people living in cars, RVs and vans.

As of January, in the city of Los Angeles, 30% of the homeless population was sheltered, up from 25% the year prior. That’s partially the result of a growth in the number of shelter beds through Garcetti’s A Bridge Home Program, which has opened 20 shelters over the past two years.

But even with huge progress toward building a system that shelters and houses thousands of people each year, the latest homeless count numbers paint a grim picture of how the region’s most vulnerable population is growing.

“The reality is that we continue to perform better every year and are unable to keep pace with the crisis,” said Marston, who served as interim director since December and was selected for the post this month.

The annual count is taken in January when volunteers spread over all corners of the county counting cars, vans, tents and individuals. The results come about six months later, allowing LAHSA to survey thousands of homeless people individually to construct a picture of their demographics and the rate at which people are becoming homeless.

LAHSA estimated that more than 82,000 people fell into homelessness last year, a 51% increase over the year before. Nearly two-thirds of those people became housed again on their own. Added to the 23,000 LAHSA helped to get permanent housing, that left nearly 7,500 more without a home.

The numbers would have been even worse without the gains supported by Measure H, the 2017 county sales tax measure to fund homeless services, Los Angeles County Supervisor Mark Ridley-Thomas said.

But those gains, too, are in jeopardy because of the coronavirus. Ridley-Thomas said the county expects a sales tax hit from business interruption that will drain nearly $200 million from Measure H over this fiscal year and next.

“We know that there is tough sledding here,” Ridley-Thomas said. “There is no question about that.”

The homeless population continues to be about two-thirds male. The racial dynamics of homelessness continue to be stark. Black residents account for 8% of the population in Los Angeles County, but 34% of those who are homeless. Marston said that structural racism means that Black men and women are four times more likely to experience homelessness.

“We have an obligation to look at this data very carefully in terms of the racial disparities and disproportionality ... and ask ourselves can’t we in fact, do a better job, particularly in light of the forceful presentation of racial intolerance, racial injustice, racial animus, racial antipathy and racism itself,” Ridley-Thomas said.

There was little growth in the population of homeless veterans, but both seniors and people aged 18-24 increased by 20% from the prior year.

The number of those classified as chronically homeless was also up, largely because of increases in the rates of substance use disorder and mental illness, which fit into the definition of chronic homelessness.

Marston said the doubling of the substance use rate may not have been an actual change but attributed it to adjustments made in the survey questions.

Jane Nguyen, secretary of the homeless outreach and advocacy group Ktown for All, issued a statement saying: “The people of Los Angeles have said time and time again that homelessness is the number one issue facing our city, yet our leaders have failed to take meaningful action while simultaneously disinvesting in proven solutions.”

One worrisome sign was the increase of family homelessness, which saw a jump of nearly 46% from 8,800 to 12,800 family members living without a home. Officials said this increase was partially a result of better tracking.

The hard reality of homelessness set in for Nicole Bradley-Bibb, 40, when her son Dallas was born five months ago at 31 weeks. After Dallas spent an extended period of time in the neonatal intensive care unit, Bradley might have been expected to be happy when doctors told her she could take her child home.

Except she wasn’t. She, her fiance and her 9-year-old Annalise, were living in a Chrysler Town & Country minivan. During her pregnancy, she did drug education in schools and said she made $16 a hour. Try as she might, she couldn’t find an apartment to rent on that salary.

“I was living in the van going to the hospital to see him everyday,” she said.

“When they said he could leave [the hospital], I was wondering: ‘What are we going to do?’”

She has fibromyalgia, which made it challenging to work. This led her to stay in the van and motels along with her family for nearly three years. As the pandemic became a reality, Bradley’s family found beds at shelter on skid row and later was connected with St. Joseph’s Center, a nonprofit organization that helps poor and homeless people in Los Angeles. They placed her in a trailer in the Florence neighborhood of South L.A.

It’s a respite from the uncertainty and challenges of being without a home. The roof over her head along with help from case managers have allowed her to sign up for disability benefits, she said. Still, the prospect of finding an apartment she can afford is daunting.

Maia Eaglin, director of family services for St. Joseph’s Center, said that the lack of a living wage and high rents magnify other challenges that families experiencing homelessness face. A health event might be harder to recover from because of new bills. A substance abuse issue might be exacerbated by the lack of stable accommodations, she said.

“We didn’t catch this in time,” Eaglin said of the investment Los Angeles has made in battling homelessness.

Elise Buik, president and chief executive of United Way of Greater Los Angeles, said the results of the count should not be surprising.

She said the nonprofit, which led the campaigns for city and county ballot measures to fund homeless services and housing, is shifting its focus to finding a new approach to filling the gap of affordable units.

United Way is pushing for a new countywide agency that would have both the funding and authority to boost housing production, both market rate and subsidized, in all the county’s cities.

“We’ll never dig out of that deficit of half a million units if we do this city by city 88 times,” Buik said.