In Mexican campaigns, stakes can be life or death 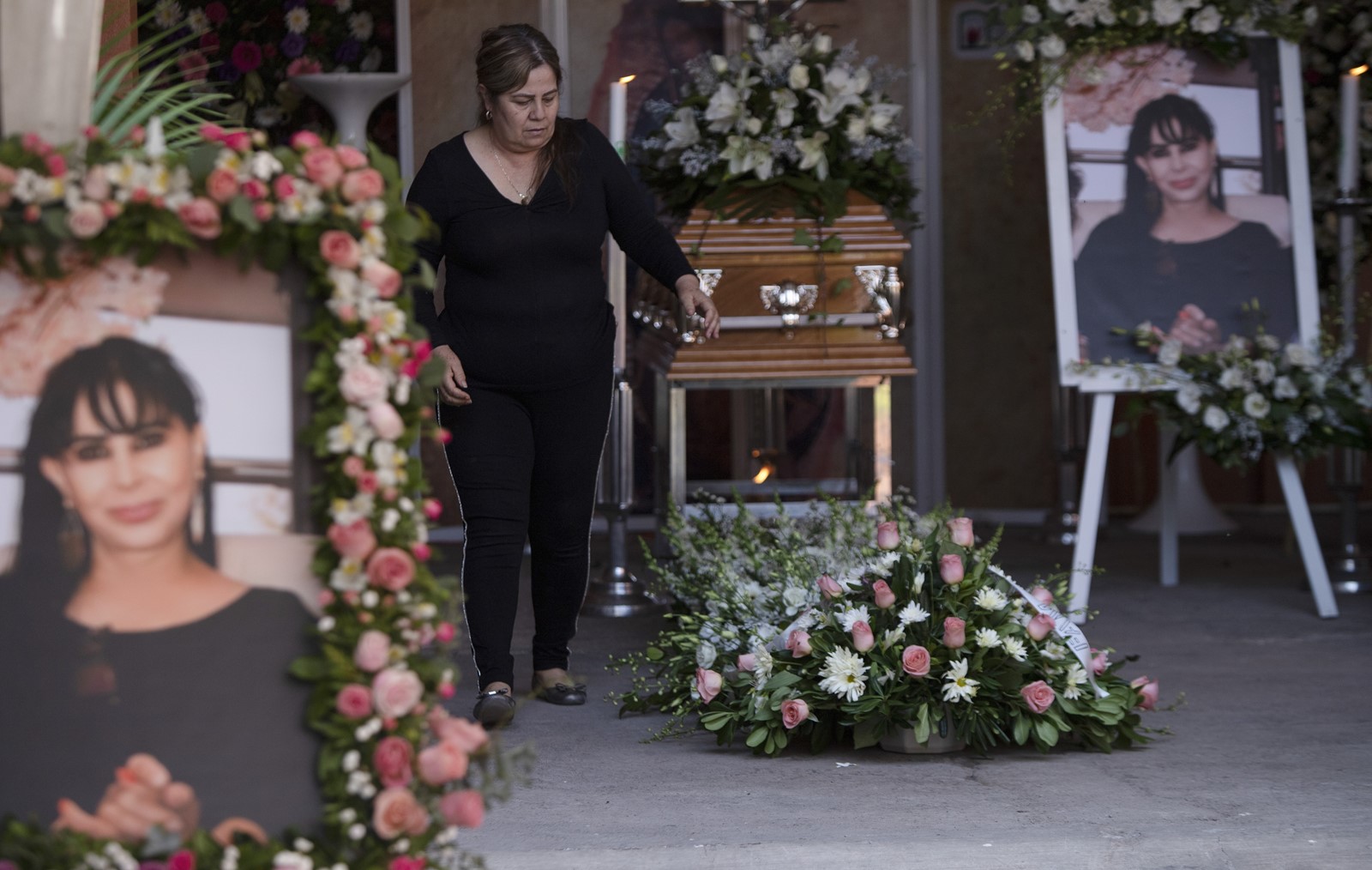 Her campaign rally was already heating up, with a live band belting out ranchera beats on the street, when Rosa Alma Barragán sent out a hastily made video on Facebook in hopes of drawing an even bigger crowd.

“Come and listen,” she said from the city of Moroleón, where she was running for mayor. “Come and share a moment. Together we can make things better.... I’ll wait for you here.”

It wasn’t just her admirers who took note.

An hour or so after her shout-out, gunmen in a convoy of sedans and motorcycles crashed the festivities, scattering the crowd with a spray of bullets that left four people wounded and Barragán dead on the ground.

The assassination Tuesday afternoon stunned Mexico But it was remarkable only in its brazenness.

Election season in Mexico is a whirlwind of impassioned debates and confetti-strewn rallies — and a steady stream of intimidation, threats and deadly attacks against candidates.

Barragán was the 34th office seeker killed in the run-up to national midterm balloting on June 6, according to Etellekt Consultants, a risk analysis firm. On Friday, a city council candidate in the southern state of Chiapas was found slain, police said, bringing the total to 35.

Hundreds of other candidateshave been threatened, leading some to drop out. The violence has struck across party lines, but the most frequent targets have been those opposing incumbent parties.

Campaigning and killing have long been entwined in a shadowy embrace in Mexico. The best-known case in recent history is the 1994 assassination of presidential aspirant Luis Donaldo Colosio at a rally in Tijuana — a slaying still shrouded in conspiracy theories and doubts about the official story that it was the work of a lone gunman.

In many ways, organized crime has more interest in local politics than in national politics. Control of city halls swells gang coffers and provides a path to broader influence as “bought” officeholders ascend the political ladder.

“Municipalities are the easiest point for organized crime to penetrate, but the consequences go way beyond the local orbit,” wrote columnist Sergio Sarmiento in the daily Reforma.

The politicians killed during the current electoral cycle constitute “the tip of the iceberg,” he wrote. “We don’t know how many more have been pressured or have had to accept demands from organized crime to keep on competing.”

“The specter of criminal violence and its objectives are, unfortunately, much bigger than the candidates of any party,” said Javier Oliva Posada, a security expert at the National Autonomous University of Mexico.

This year’s midterms are thought to be the largest elections in Mexican history. At stake are more than 20,000 seats across the country, including 15 governorships, 500 congressional positions, 30 of 32 state legislatures and thousands of mayoralties, city council positions and other local posts.

Not on the June 6 ballot is President Andrés Manuel López Obrador, who began a six-year term in 2018 and has been widely criticized since for scaling back law enforcement operations against cartels, even as homicides surged to record highs.

“Imagine if what we were living through here were happening during elections in Germany or the United States — without an overwhelming response from the federal government,” said Oliva Posada.

In comments to reporters last week, López Obrador said cartels were trying to scare off voters.

“We shouldn’t be terrorized, we have to participate and get out and vote,” he said. “When there is abstention, the mafias dominate the elections.”

His aides said that authorities have provided security to at least 148 candidates — a meager percentage of the thousands running.

In the town of Xochitepec, in the state of Morelos, mayoral candidate Alejandra Lagunas received police protection only after she announced last month that she had no choice but to drop out of the race.

Somebody had tried to run her car off the road, and death threats appeared on social media and her cellphone, she explained. She said her son, 8, pleaded with her: “, please, don’t continue because they are going to kill you.”

With a patrol car stationed outside her house, Lagunas rejoined the race. But she said she doesn’t plan to campaign publicly.

“The truth is, if I had known this would have happened I never would have become a candidate,” said Lagunas, 26, a mother of three. “I’m so worried about having put the lives of my family at risk.”

May has been an especially dark month for Mexican candidates.

The victims have included Omar Plancarte Hernández, 57, who hoped to be mayor of the municipality of Uruapan in Michoacán state. His political party said he had been kidnapped and remains missing.

Plancarte, an avocado farmer, denounced the presence of organized crime in Uruapan. His two adult sons were kidnapped in 2012 and never seen again, a fate shared by tens of thousands of other “disappeared” Mexican citizens.

A local reporter had asked Plancarte last month if he feared for his own life.

“Why should I be afraid if they already hit me where it hurts most?” he replied.

José Alberto Alonso, 35, who is running for mayor of Acapulco on the Pacific Coast, was riding in an SUV when a pair of assailants on a motorcycle sprayed the vehicle with more than a dozen 9-millimeter shells. No one was hit.

“We threw ourselves to the floor and [the bullets] passed five centimeters from our heads,” he told Radio Formula.

Zudikey Rodríguez, a former Olympic sprinter and reality-show contestant running for mayor of Valle de Bravo, a resort town outside Mexico City, was kidnapped and ordered to drop out of the race, her party said.

“All my life I have never allowed fear to push me backward,” Rodríguez, 34, who is also a sergeant in the Mexican army, declared after restarting her campaign, albeit in limited, indoor venues.

In the southern state of Chiapas, angry townsfolk grabbed Juan Salvador Camacho, 39, a mayoral hopeful in San Cristóbal de las Casas. They shoved him into a playground and placed a noose around his neck in a scene that was captured on cellphones and went viral on social media.

Residents were enraged about what they called Camacho’s failure to complete public works projects during his tenure as a local elected official.

Camacho — scion of a politically prominent and wealthy family — was released unharmed after agreeing to pay about $15,000, according to news accounts. He later denied any deal to buy his freedom.

Also in May, Abel Murrieta, 58, a mayoral candidate in the city of Cajeme in the northern state of Sonora, was gunned down as he handed out campaign literature on a street. Photos showed his bloodied body amid scattered leaflets.

Murrieta was running under the banner of the small Citizens’ Movement party — also the party of Barragán.

Barragán, 60, was making her inaugural run at public office and vowed to combat crime and graft. She wrote on Facebook that she had been the victim of a “dirty war” in which anonymous opponents had labeled her a “.” Behind the smears, she asserted, were crooked municipal bosses terrified that her rise would end their “gold mine” of ill-gotten gains.

“I am not afraid,” Barragán wrote. “They don’t intimidate me. They make me stronger. Because it confirms that we are going in the right direction.”