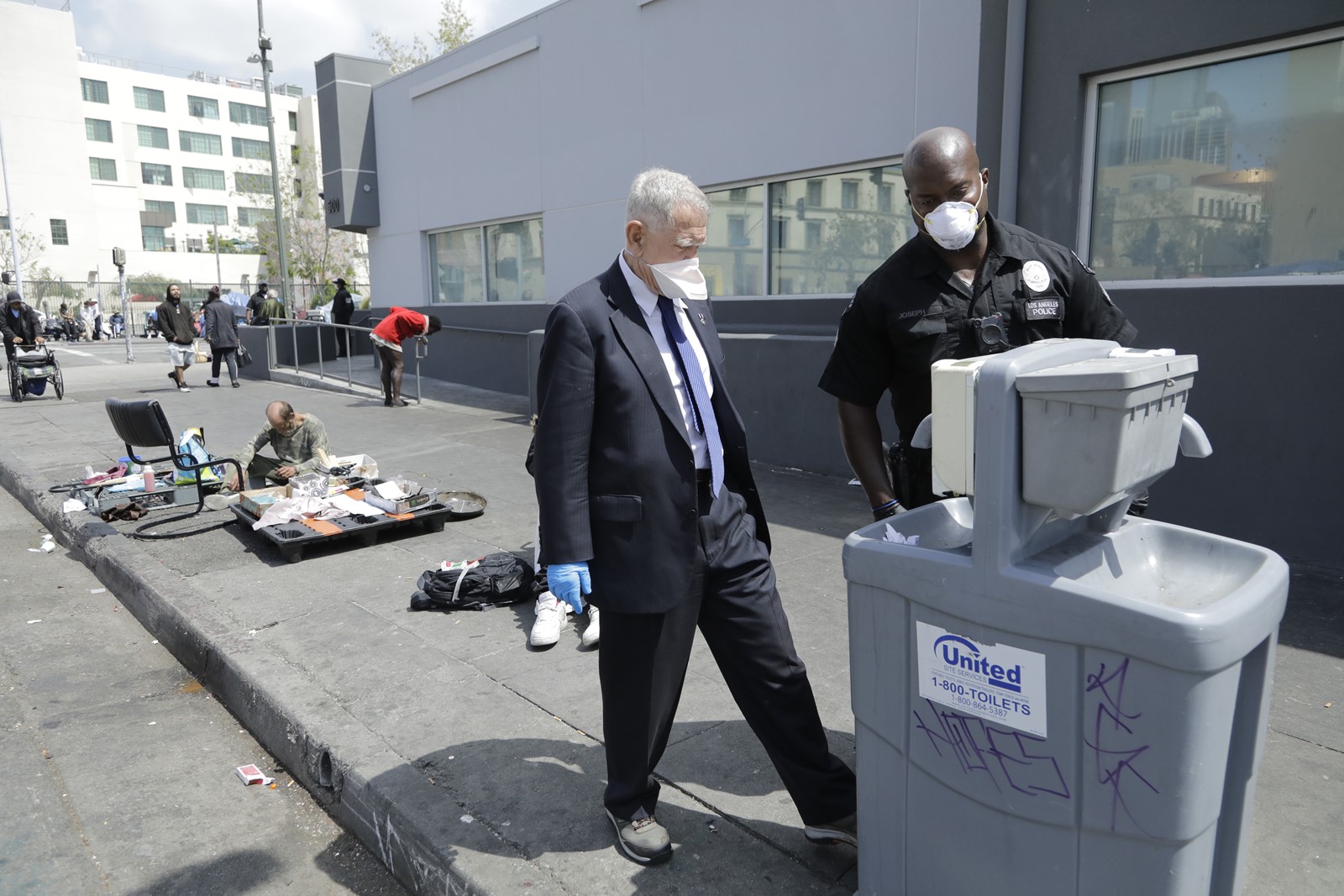 The plaintiffs in a federal lawsuit about homelessness are calling for the city and county of Los Angeles to offer some form of shelter to skid row’s most vulnerable by August.

The legal move — a request for a preliminary injunction — comes as lawyers for the group of mostly downtown business owners and residents are said to be inching toward a settlement with the city that would require it to provide new housing or shelter for thousands of homeless people across the city. At the same time, it would allow the city to use anti-camping laws to clear anyone remaining on the streets.

Attorneys for the plaintiffs want the city and county to offer some form of shelter or housing within 90 days to every homeless person between 3rd and 8th streets and Alameda and Main streets, a downtown quadrant that essentially encompasses skid row.

Their brief describes how homeless people are dying on the streets of Los Angeles every day and how, on April 7, a man in a wheelchair burned to death in a tent on skid row, and his charred corpse “remained on the sidewalk for hours, a testament to decades of intentional actions and deliberate indifference by the city and county.”

“This is no accident, no act of God,” Matthew Umhofer, an attorney for the L.A. Alliance for Human Rights, wrote in the brief. The alliance is a coalition of business owners, downtown residents and others who have demanded, through the lawsuit, a solution to the city’s homelessness crisis.

“This is a consequence of choices — choices made by the city and county, which have admitted repeatedly that they have caused this crisis and are unable to fix it.”

Umhofer and the L.A. Alliance’s attorneys have been signaling for weeks that they planned to file the motion, asking U.S. District Judge David O. Carter to take more drastic action in the case, which was filed last year just before the full scope of the COVID-19 pandemic had taken shape. In response to the first hint that the motion for an injunction was coming, Los Angeles County petitioned the court to dismiss it from the lawsuit.

“The county remains 100% committed to this fight and working with the city and other stakeholders, with or without a lawsuit,” said Skip Miller, a partner with the Miller Barondess law firm, which represents the county. “We don’t need a lawsuit to do our job. We’re doing it.”

The county has participated in prior proceedings in the lawsuit and agreed in a partial settlement to provide services for shelters the city committed to creating for 6,700 people estimated to be living near freeways.

In recent months, attorneys for the plaintiffs have been trying to hash out a deal with the city to create housing or shelter over the next five years for 60% of the homeless people in each council district.

The proposal being discussed would “allow” council members to first clear the homeless camps they find most problematic in their districts as soon as space is available for the people in those camps, and then expand to other parts of the district over time, according to a copy of a proposed settlement, which was obtained by The Times.

The 60% threshold was based on a similar settlement that Carter oversaw in Orange County, where the 40% who did not go into shelters or housing “migrated away from the areas, reunited with family, resolved homelessness on their own, entered into substance abuse or mental health facilities, or other unknown result,” according to the proposal.

The proposed L.A. settlement was given to the City Council before its last confidential session in late March and will be discussed again Wednesday when the council meets in closed session. There is a general desire among council members to reach an agreement, but there are still divisive issues that would need to be resolved. Many have coalesced around the 60% figure as an acceptable amount of housing or shelter to be created.

Even with the apparent progress, attorneys for the plaintiffs say more urgent action is needed on a crisis that has been decades in the making and has probably only worsened as a result of the pandemic.